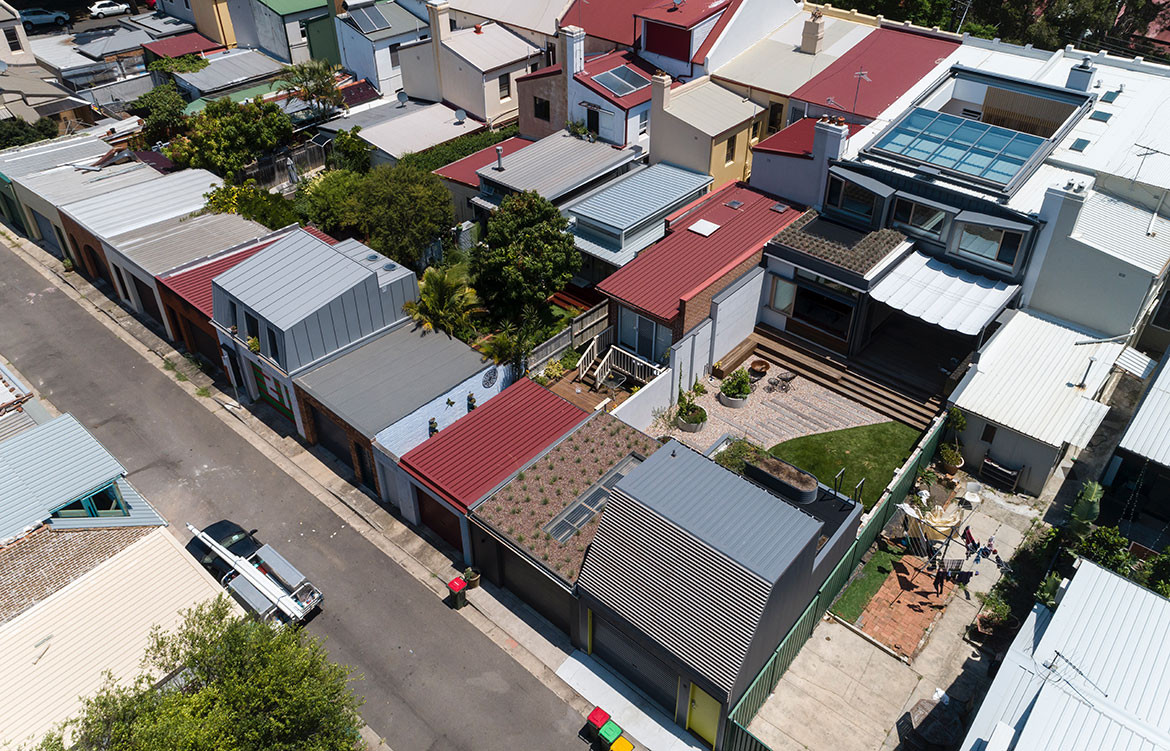 The multi-generational house accommodates different generations under the one roof. Its origins lie in Asia with its tradition of family living. Now, as part of the sustainability project, we have the inter-generational house, whose designed-in flexibility allows the house to respond to changing needs over time.

This house is in Sydney’s inner-suburban East Redfern, a precinct clearly defined by the surrounding road system, generating a palpable sense of community. In fact, it’s not one, but two conjoined terrace houses. With three children, the clients felt at home in the area and were unwilling to move to the outer suburbs. But needing more space, they managed to acquire the neighbouring house. “They needed a place,” says architect, Carol Marra, “that could expand and contract” to allow for growing children and many guests.

For the architects – based in Sydney, but who also work in Malaysia, Singapore and Borneo – it was an opportunity to re-think the dark and claustrophobic terrace house, imported from Britain and so inappropriate for the local climate. This they did by re-visiting the courtyard house typology and studying various examples in countries that share a similar climate to Sydney. Here they found a pattern of courtyards, atriums and internal open spaces. 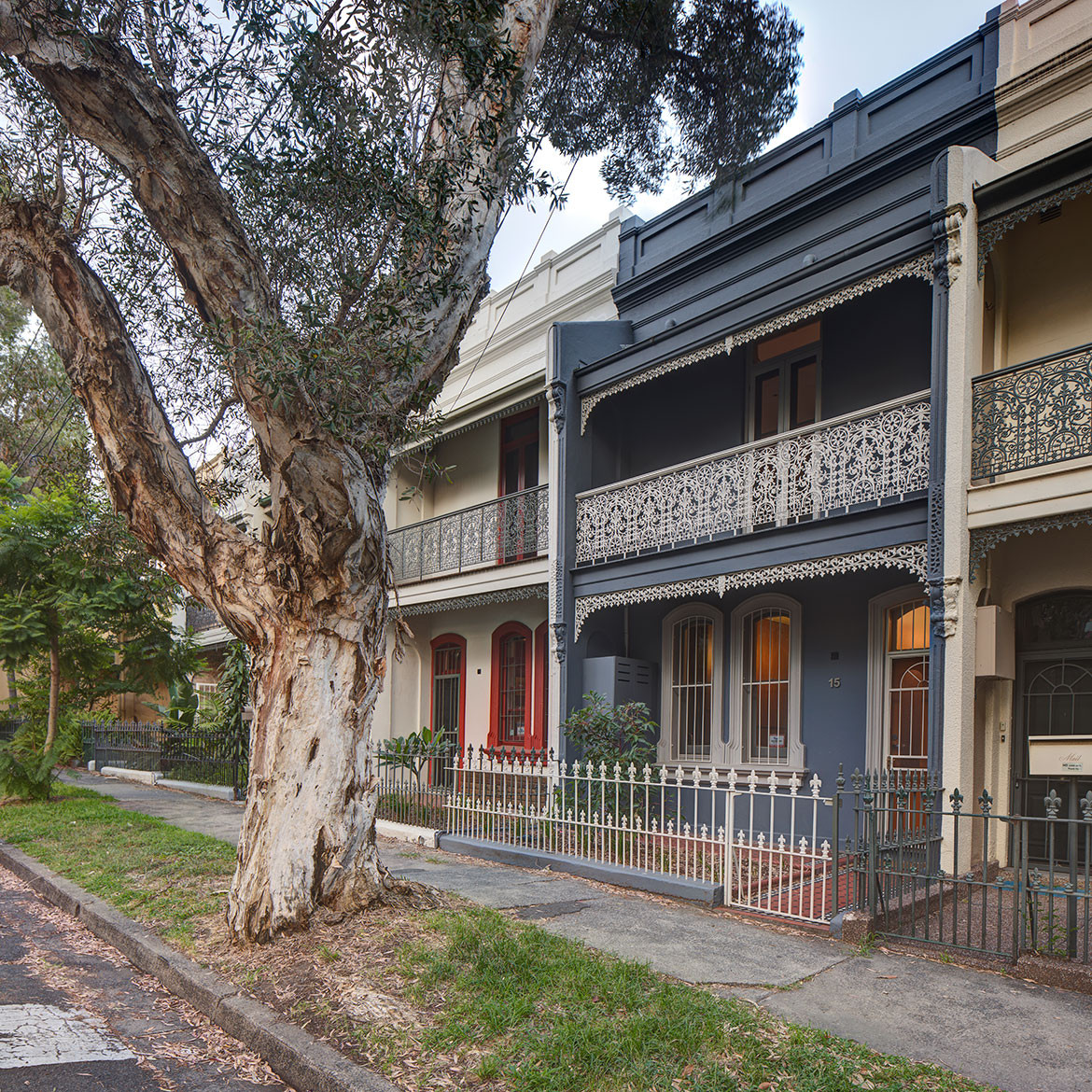 Consolidating the two houses was not straightforward. This particular row of houses had skillion rooves, so an attic space was not possible. Moreover, the two houses were not on the same level – they were stepped following the slope of the street. The clients initially thought it was just a case of knocking a hole in the party wall. “We could have simply kept the party wall and worked out ways of dealing with the different levels,” says Carol. “Or, we could re-think the typology of the terrace. We did make a hole, but it just wasn’t in the wall.”

That hole was an atrium that now not only draws in light and air, but also acts as an organising device for the house, dividing the public and private, parent and children spaces. In an inter-generational home this is important. As children grow older they have privacy issues and for parents working from home a lot, they need a space where they can’t be distracted.

The house is really a sustainability package. It allows for evolving family needs without selling up and moving on. But the atrium is also the key tactic in allowing the house to be air-conditioning free. Open at the top, it has a custom-designed retractable skylight made and installed by local company, TILT, together with a retractable screen. Built-in redundancy enables the skylight to be operable even during a power failure. Acting as a wind chimney, the atrium draws out hot air from the body of the house, but also from the upstairs bedrooms that have internal louvre windows. 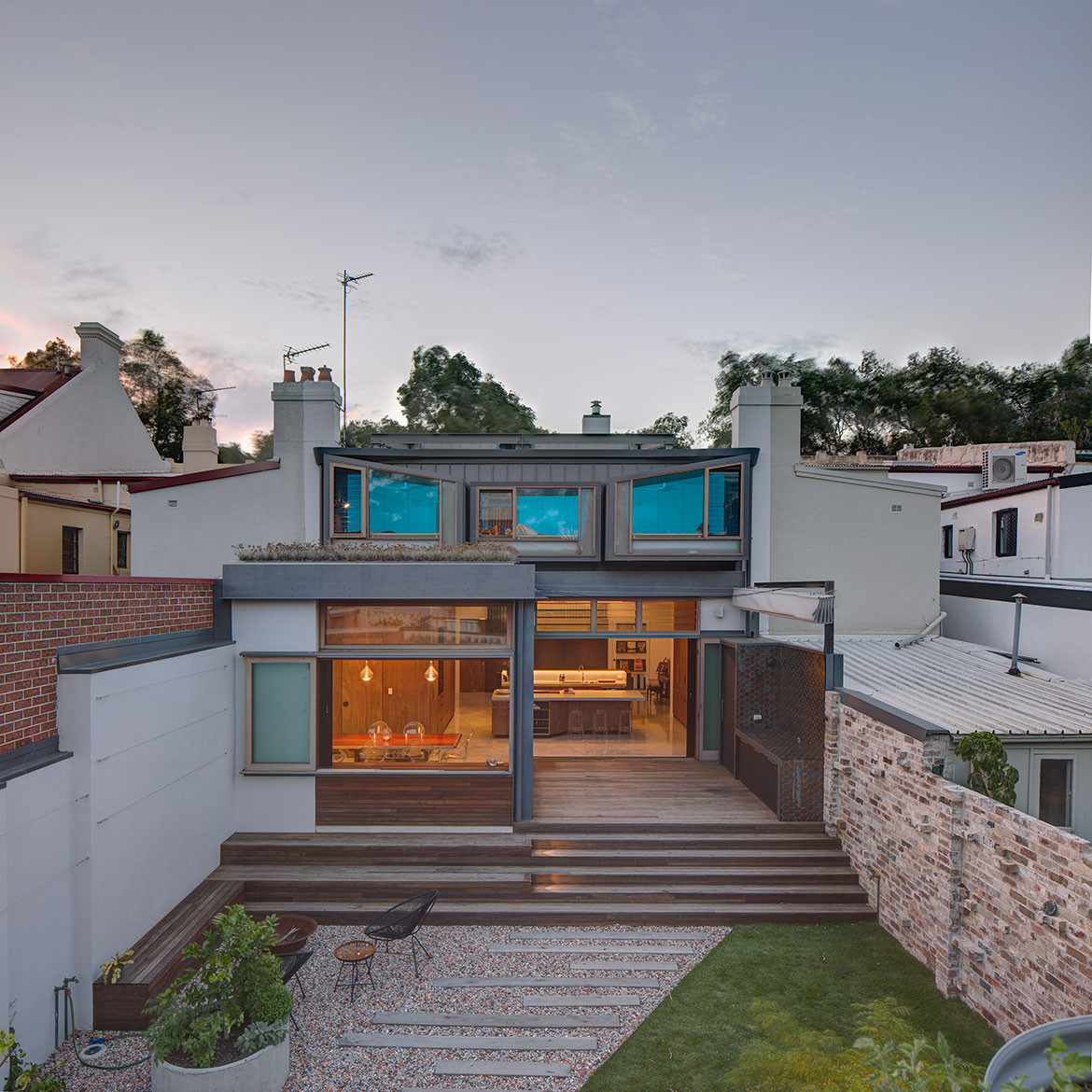 The atrium functions as an internal courtyard while the consolidation of the two blocks has enabled a spacious external garden/courtyard (with a self-contained granny flat opening both to the courtyard and the rear lane) that extends to a barbeque terrace connecting with the living/dining kitchen space. This has a retractable awning and effectively acts as the wet kitchen to the internal dry kitchen.

The material palette throughout is simple: concrete with a heated slab system for thermal mass and the kitchen benchtop, along with lightweight timbers. Spotted Gum is used throughout, says architect Ken Yeh, for its robustness. This includes joinery, the staircase, flooring and custom furniture downstairs. Laminated veneer timber is generally used for structure – for its stability – and for the battens on the feature wall. The battens serve as an artwork with the effect of changing from light to dark as the eye travels down, but also as a screen to provide privacy from the atrium for the upstairs master bedroom. At ground level this wall conceals doors to the study, home office, sewing nook, library and TV room.

In order to maintain the heritage streetscape, the house still presents as two separate terraces with separate gardens. Likewise, because the atrium is effectively invisible from the street, the heritage roof profile of the row is also maintained.

LIGHTING
Tolomeo and Castore by Artemide. Sky-fall pendants by Studio Italia Design. LED Strips by TecLED. Downlights and wallwashers by Vuelite and Boaz. 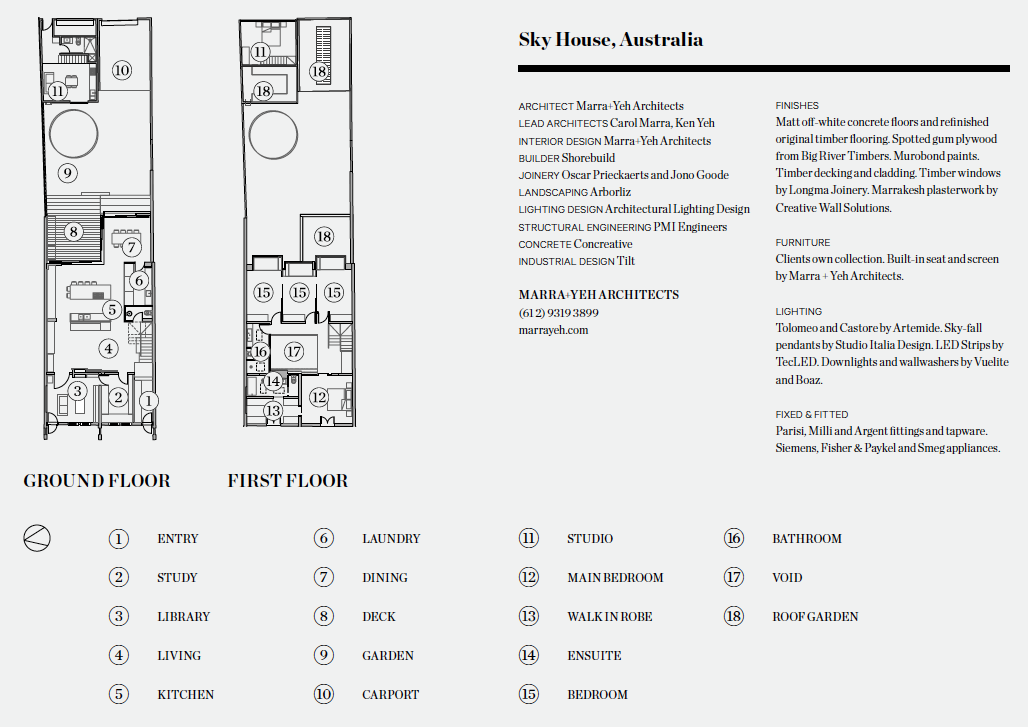