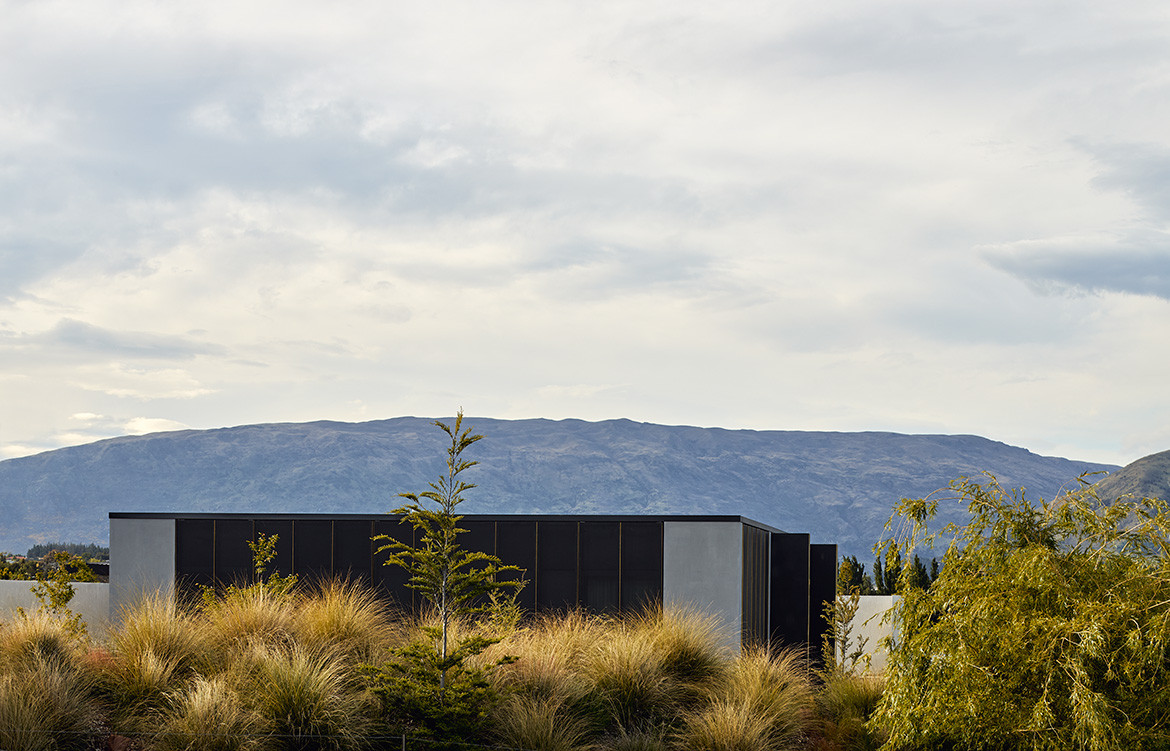 This New Zealand winter retreat provides the warmth, scale and timelessness of a traditional mountain cabin in a majestic alpine landscape.

Intended primarily as a winter retreat, Te Pakeke (named after an old family name) is located in a suburban area north of Wanaka township, surrounded by the lake and mountains. Located on the corner of an arterial road, the challenge was to provide privacy and a sense of retreat without compromising the view.

Creating a protected microclimate around the house was also important for the owners, who wished to maximise the time they spent outdoors. Wintertime in the Southern Lakes region is crisp, clear and cold, with blue skies frequently accompanied by an icy southerly, so dealing with the wind was a prime design driver.
Fearon Hay reached for the pure forms of the wall and the cube to create simple, refined spaces. From the most protected – the interior – to the semi-protected – the courtyard – to the rolling, open lawn and lake view, the spatial layering provides a range of experiences from intimate to expansive.

The dwelling itself is sheltered behind an L-shaped garden wall, shutters, glass, curtains and layers within create different levels of enclosure and light quality. For Tim, “the cross section through these layers is in one sense very simple, but these strategies also create interest and complexity in how they filter light, and create more solidity or more openness according to the conditions and outlook.”

The garden wall breaks the chilly prevailing winds enabling the gravelled courtyard to be used year-round. “Being so far south, Wanaka has extended daylight hours and the owners wanted to make the most of the outdoors while they were on holiday.”

The house itself is almost square, planned on a series of axes that allows occupants to sense layers, bringing in views and natural light from different orientations throughout the day. Within these axes, the architects have placed solid concrete walls and glazed openings to control views and enclosure.

Wrapping the exterior of the cube are a series of perforated metal shutters, edged in brass. These sliding, bi-fold panels are sun protection, privacy screening and can be locked down for security when the house is empty. They also veil the house in a gauzy mesh, which reduces its solid appearance for a more subtle presence in such an epic landscape.

Materiality is influenced by the mountains, the local stone and raw, glaciated lake walls. Rather than apply the local schist, Fearon Hay has used concrete in different textures to reference the environment and create a heatsink to warm the outdoor rooms.

The perimeter wall of rough-textured plaster recalls the old stone walls of Central Otago, without the nostalgia a more traditional material would create. Concrete is also used extensively inside, in the floors and countertops, with walls finished in hand-floated natural plaster. This solidity is balanced by the warmth of a cedar-lined ceiling, the gauzy screens and generous use of textiles.

The efficient 140-square-metre interior wastes no space and features various devices to expand and extend the view. Thick walls create a sense of separation between living and sleeping. Large openings east, south and west extend the living outside. And the utility block – with kitchen storage back-to-back with a laundry and gear room – is mirror-clad so that it dissolves within the open living space, providing captivating oblique reflections of the surroundings.

Layers of space, texture and light make Te Pakeke more than just a modern cabin. It is a sophisticated building offering both seclusion and expansiveness in a big landscape, and a modern interpretation of the mountain hut. 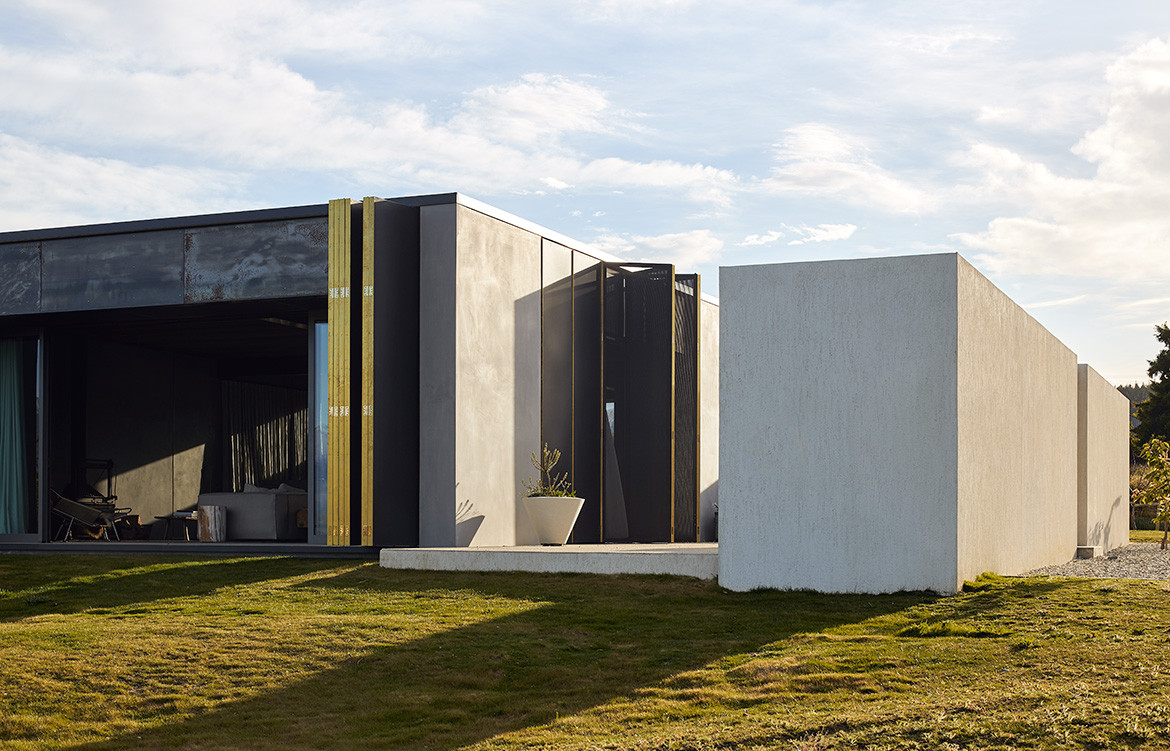 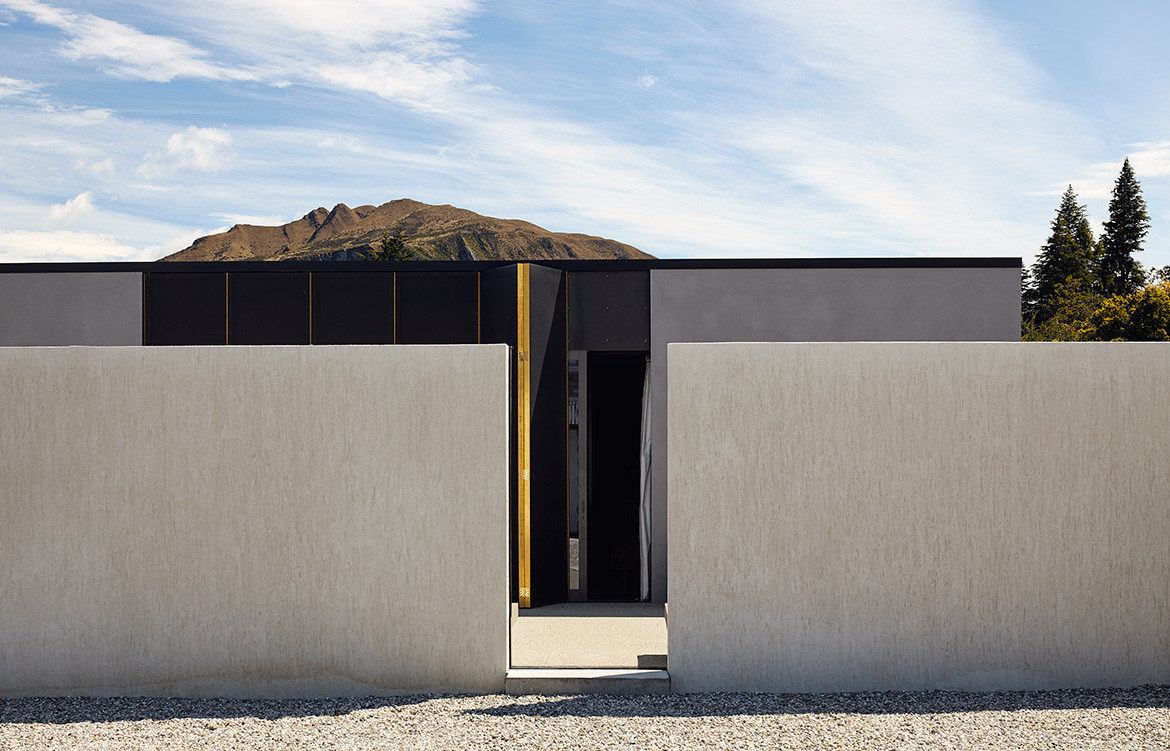 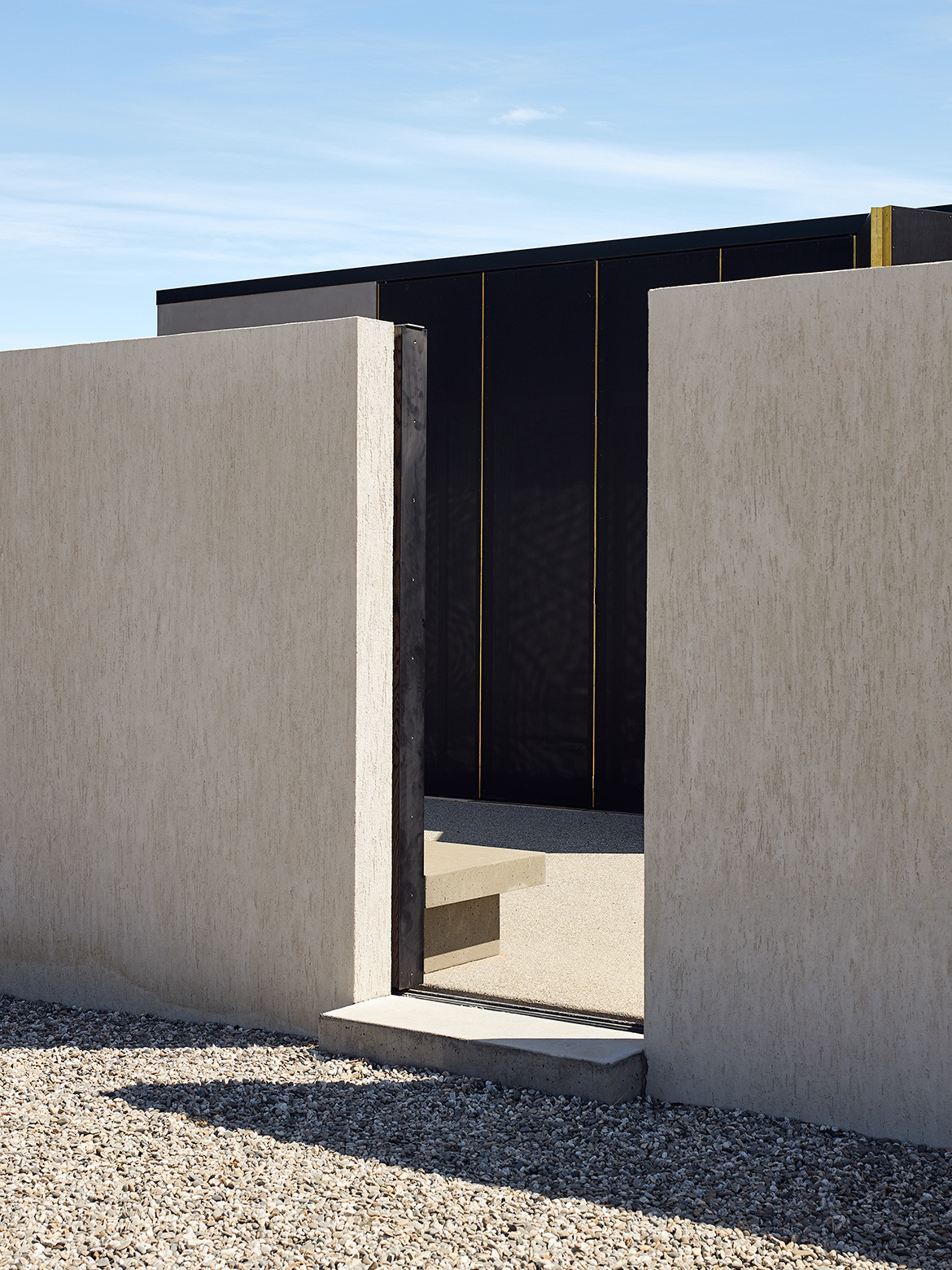 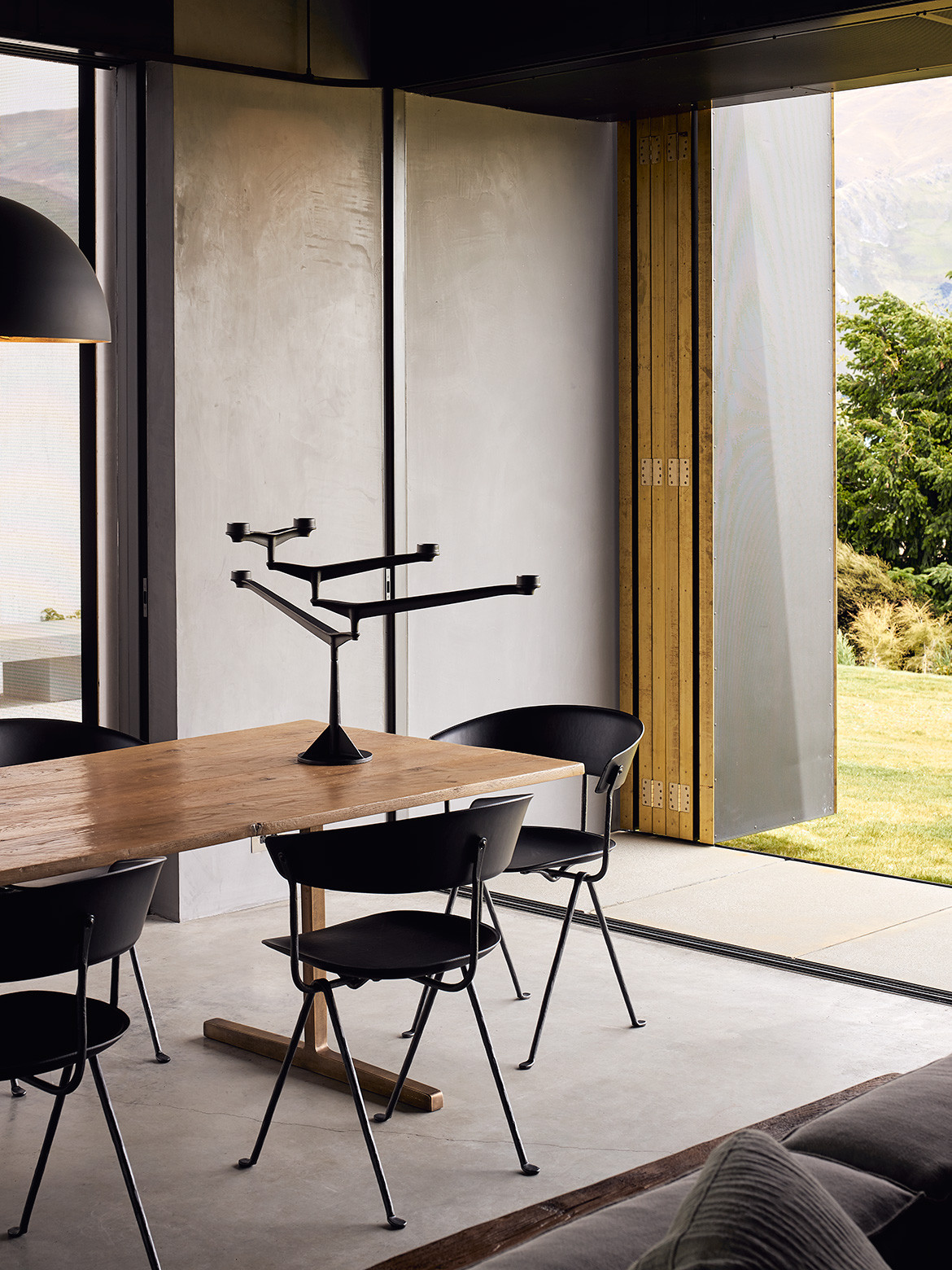 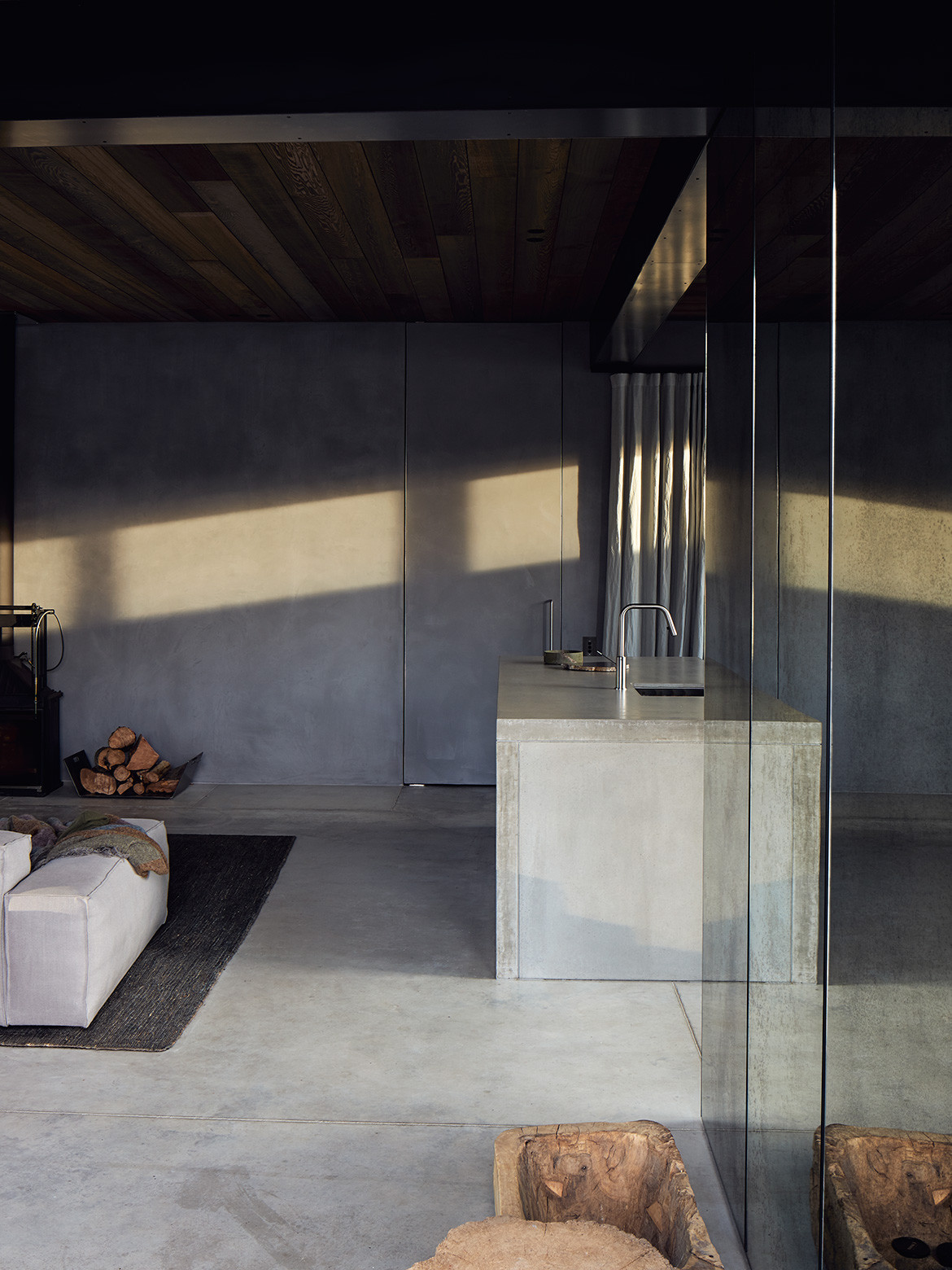 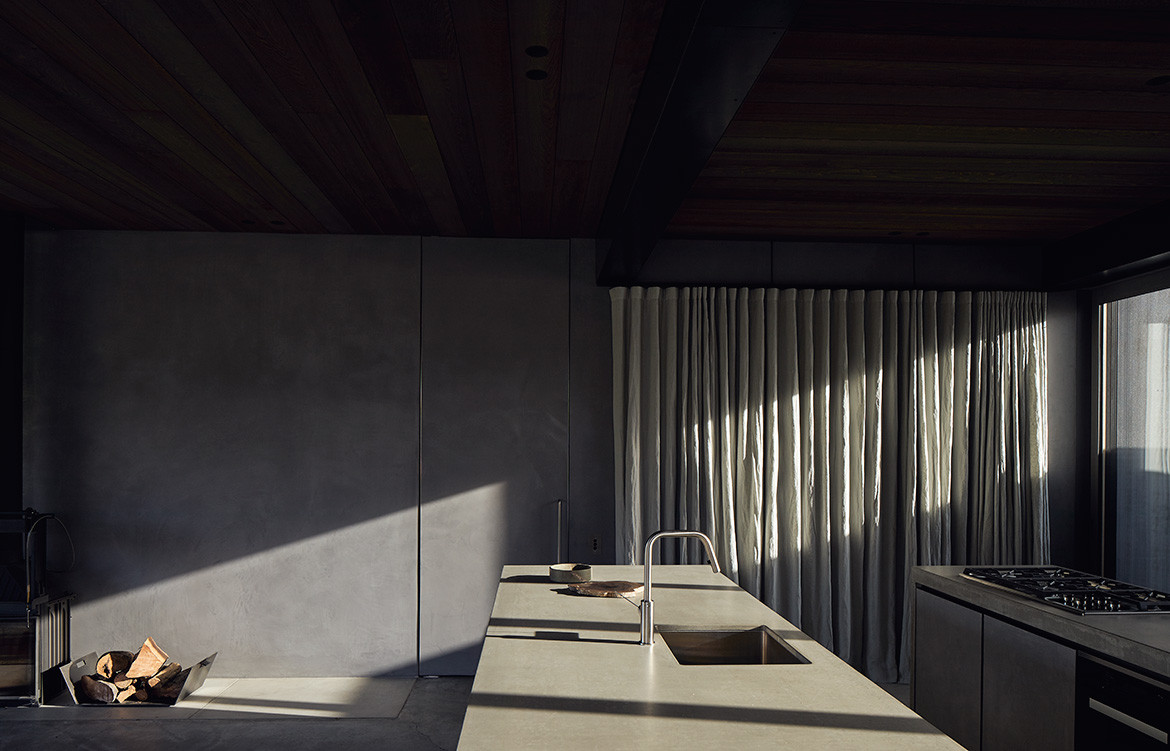 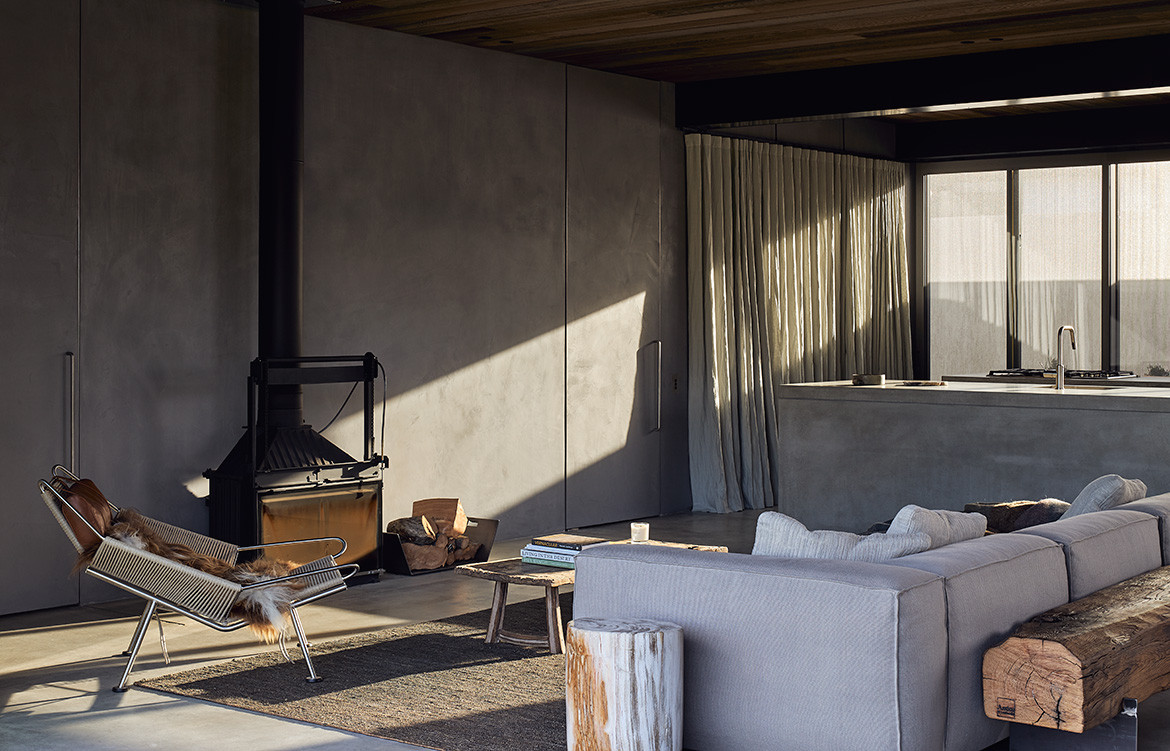 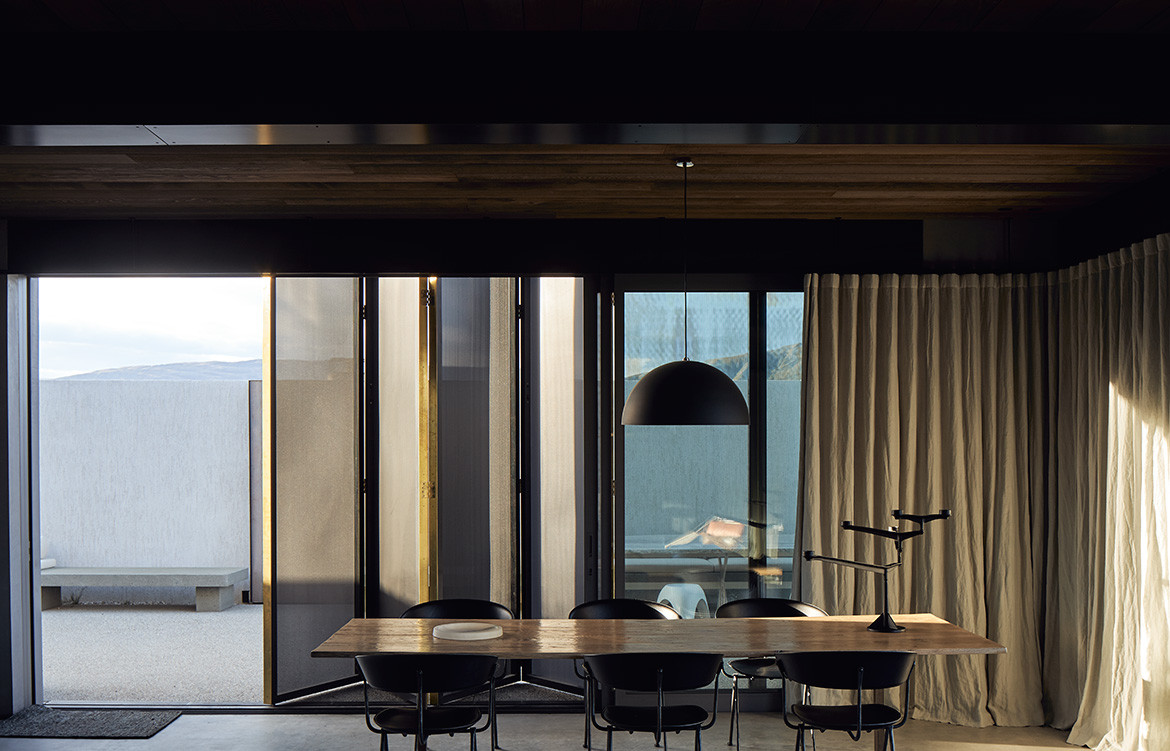 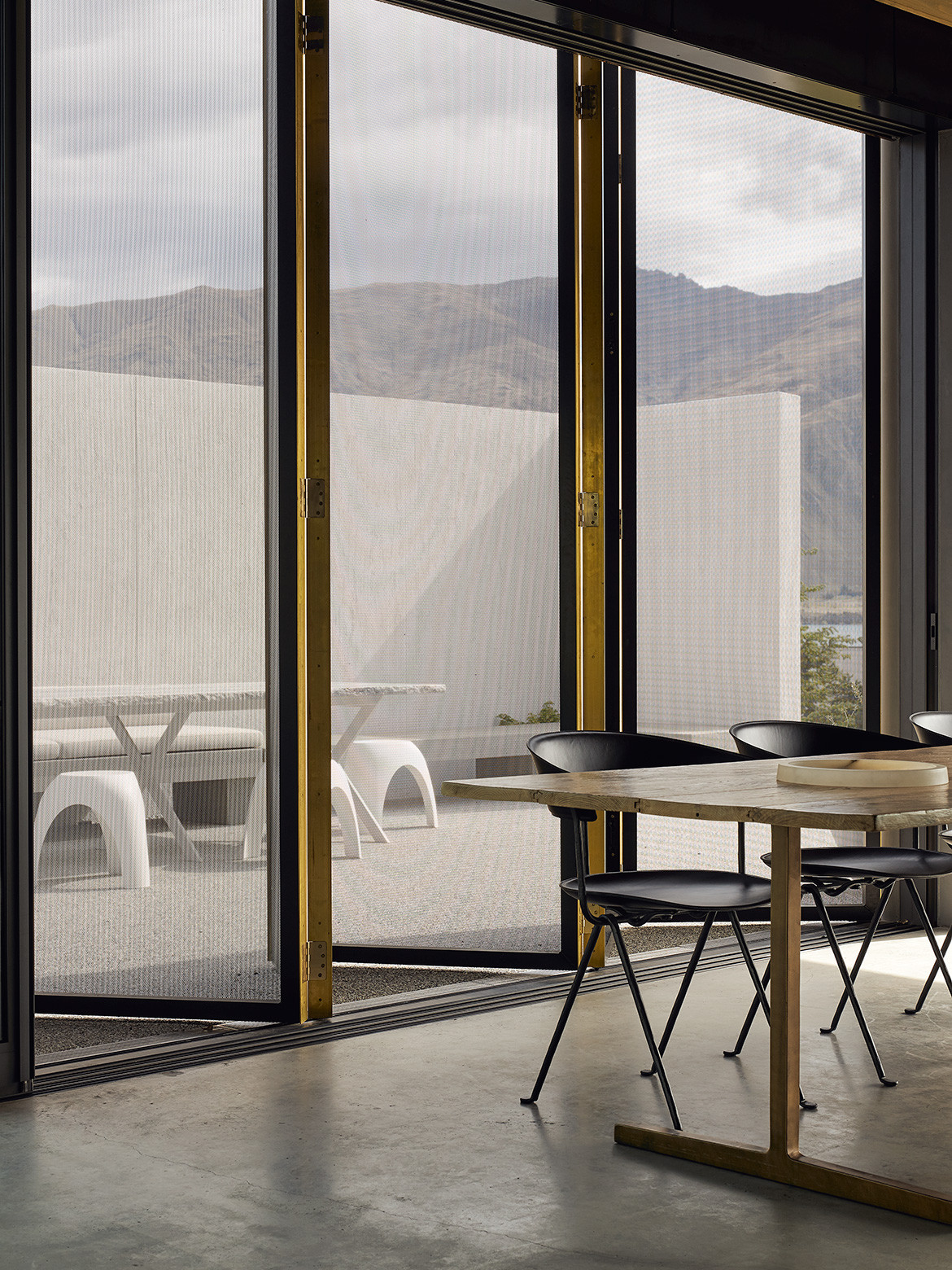 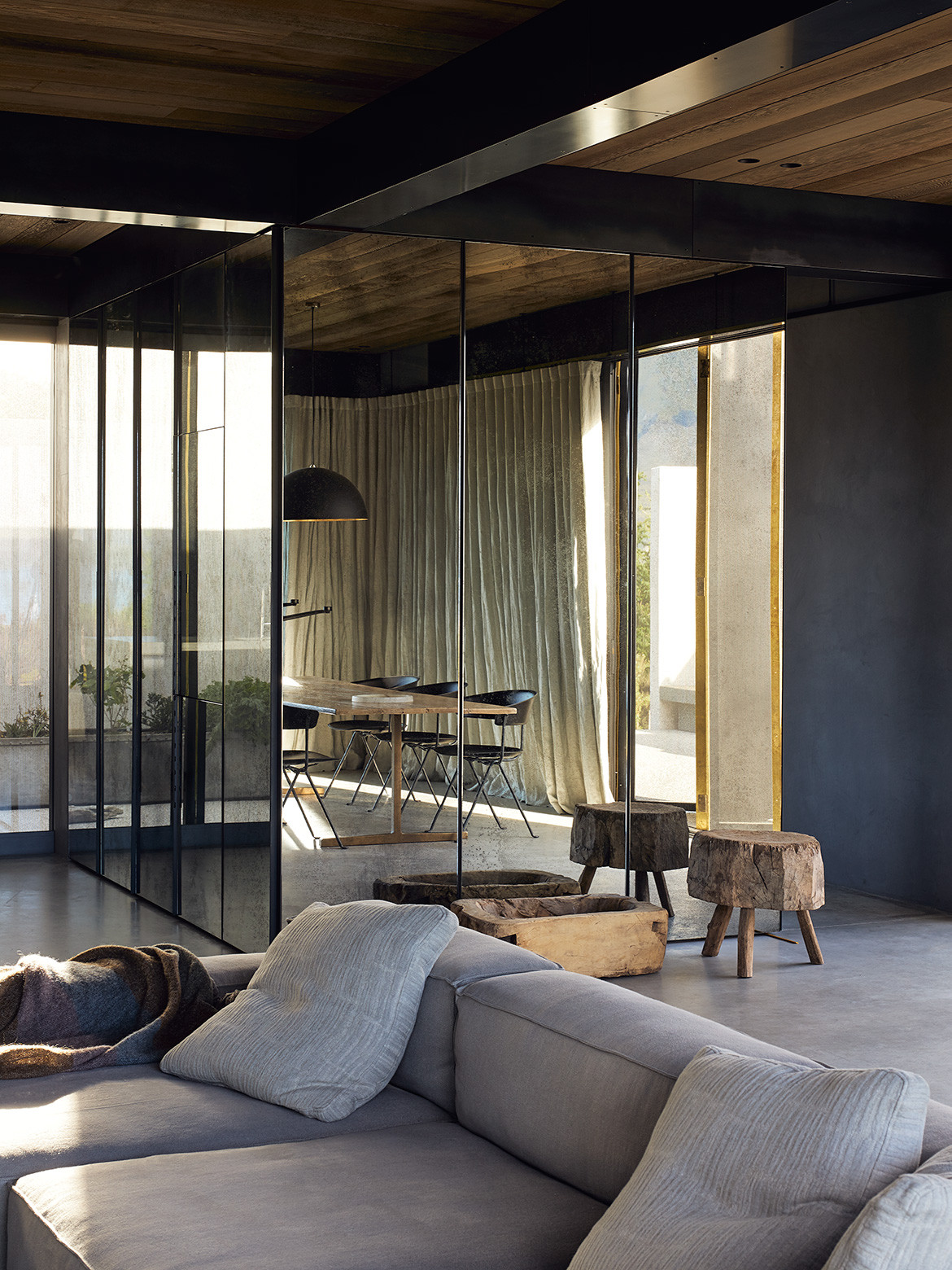 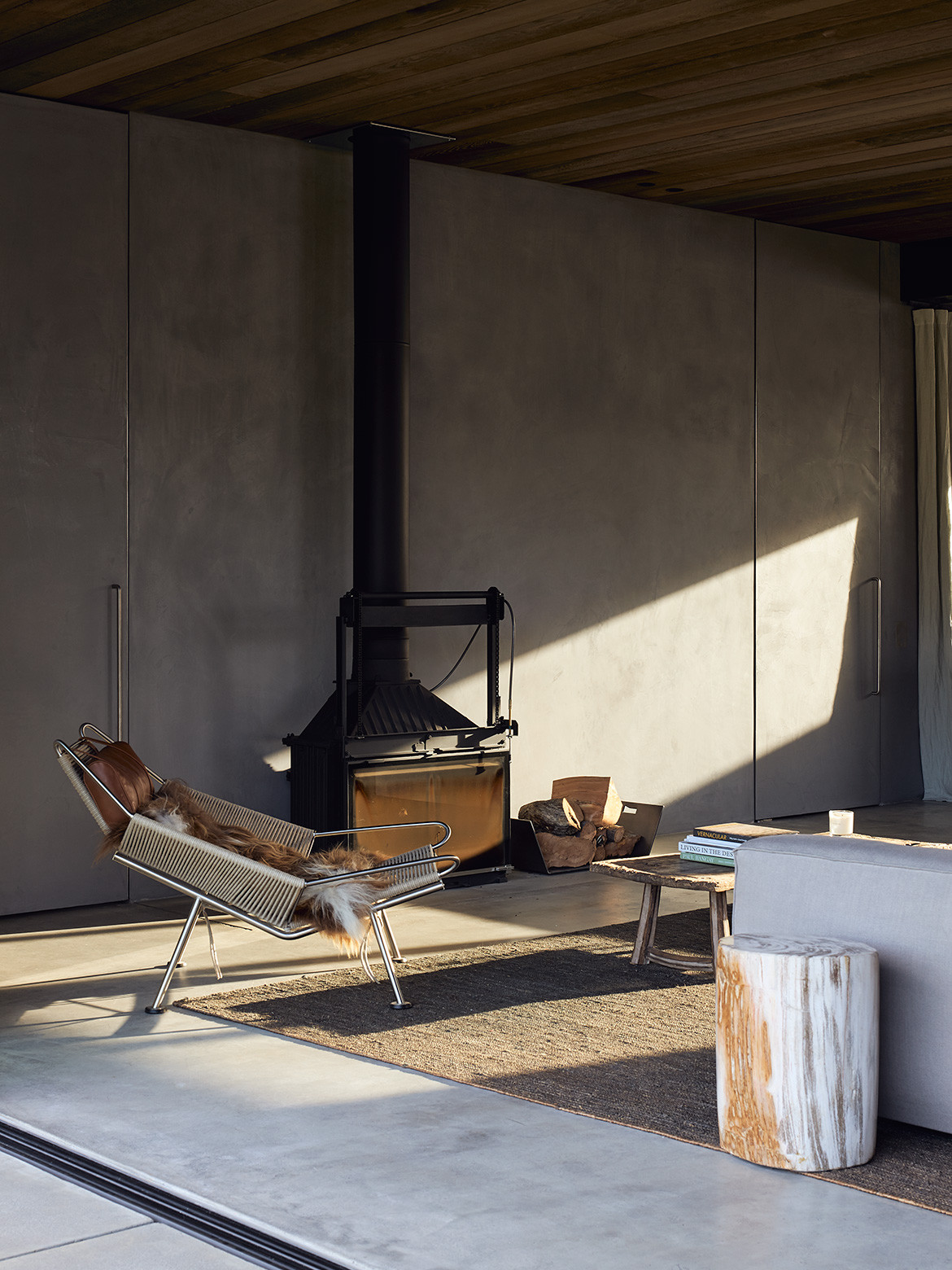 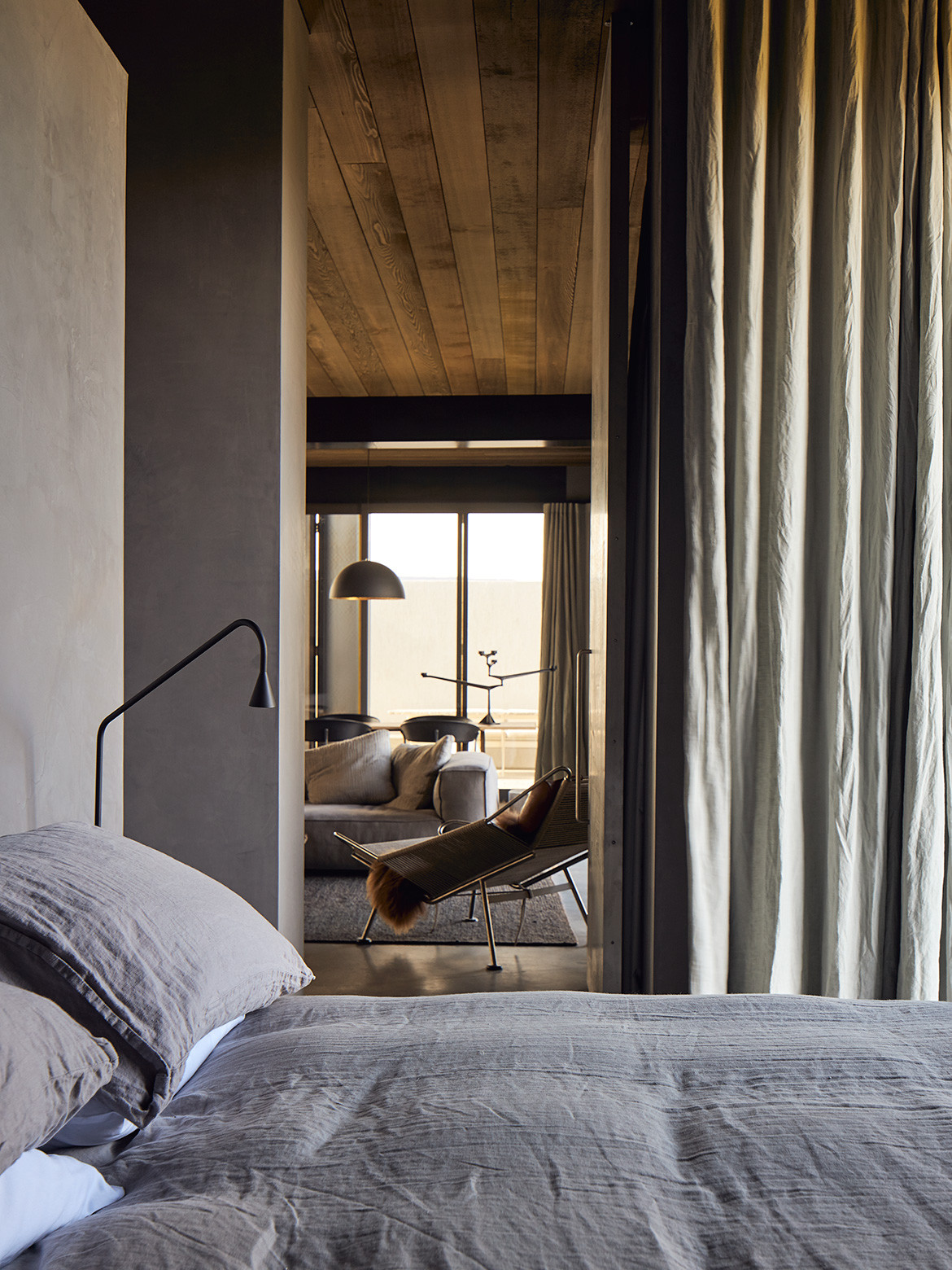 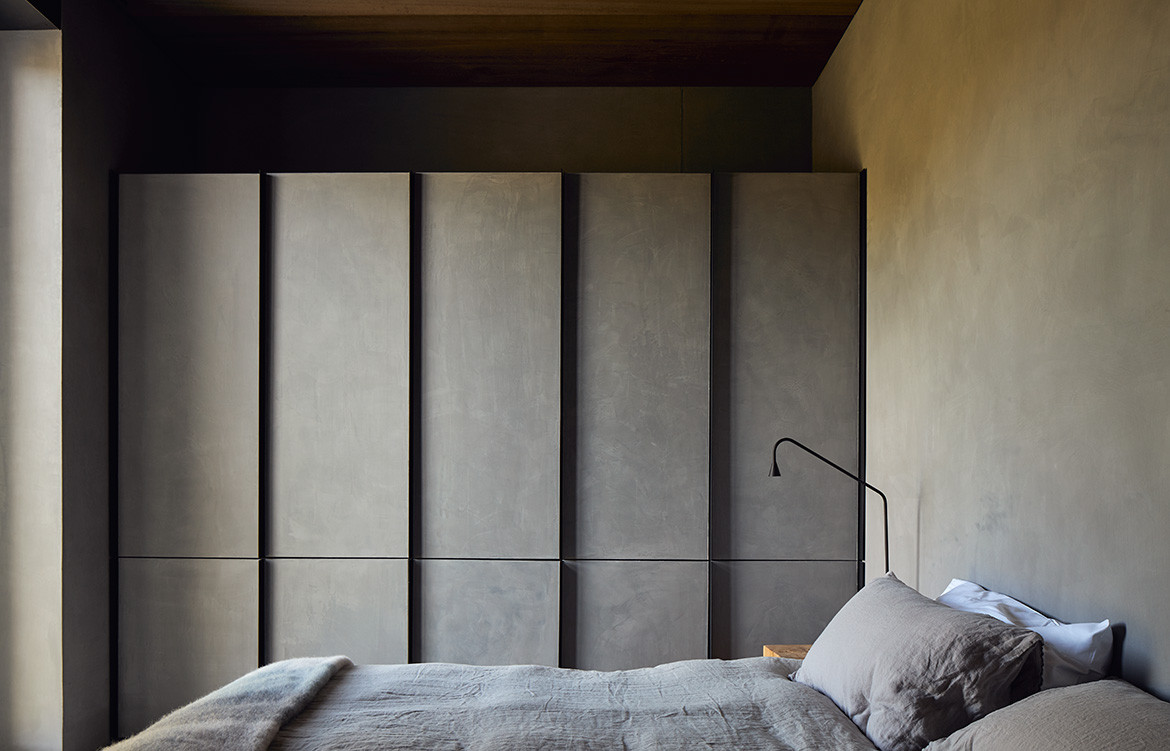 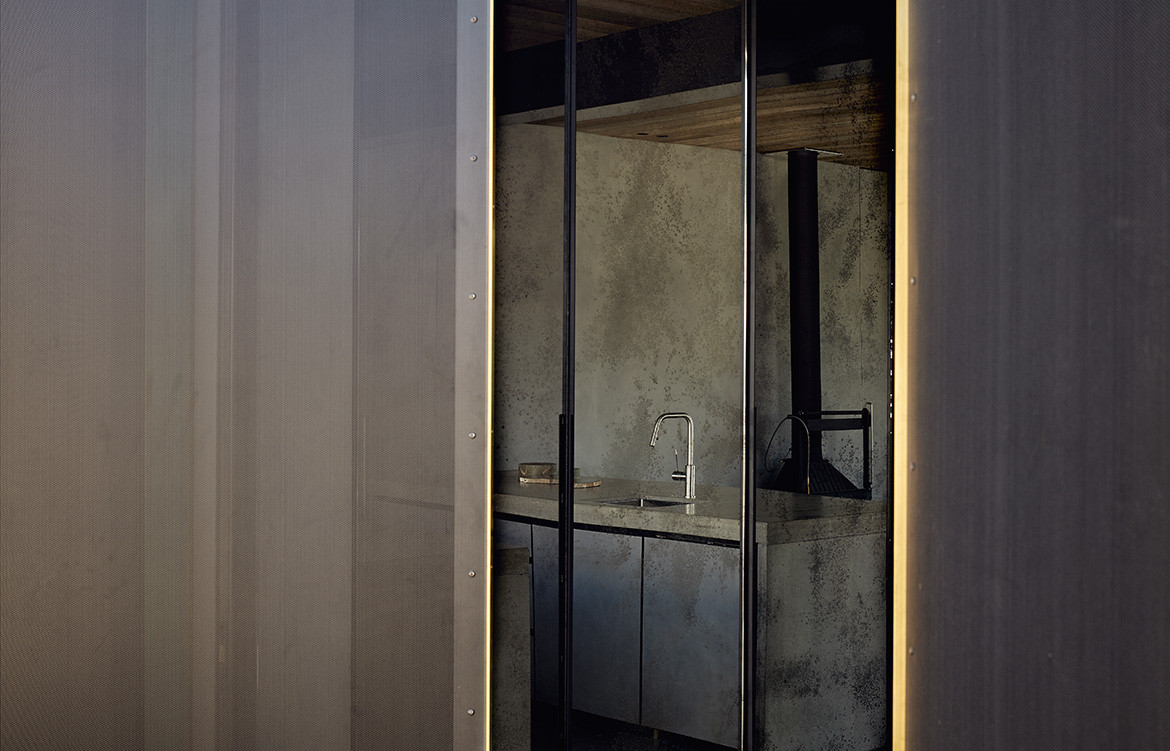 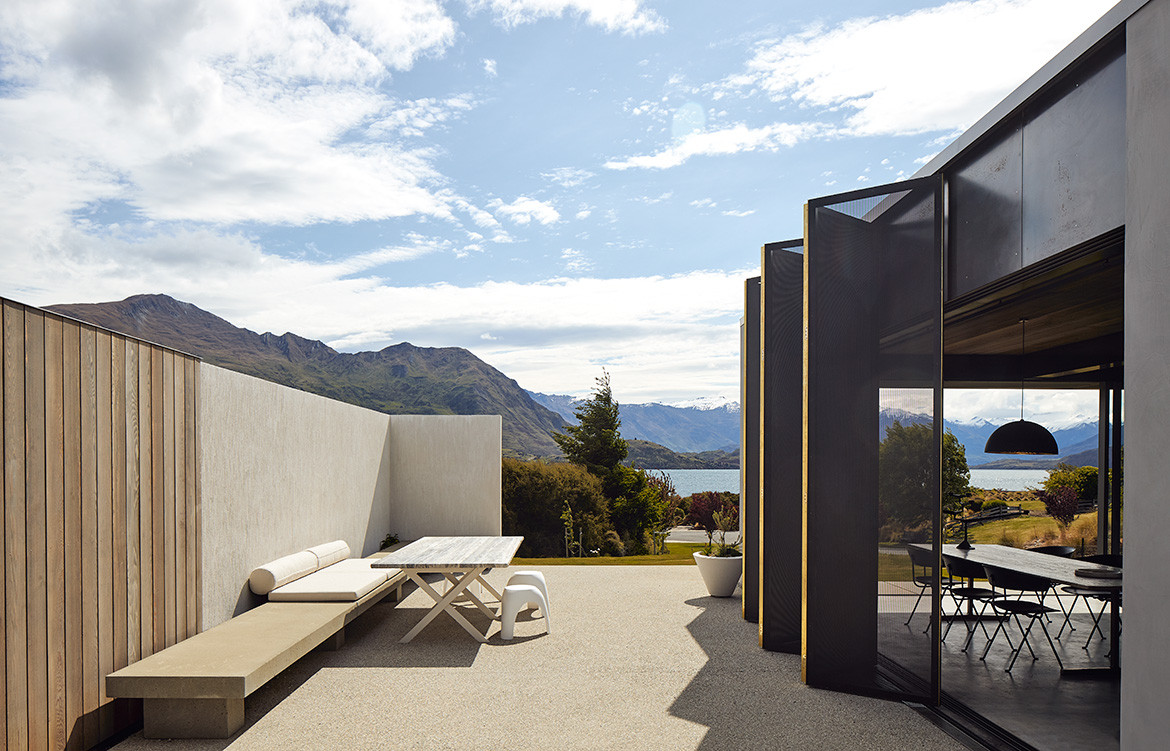 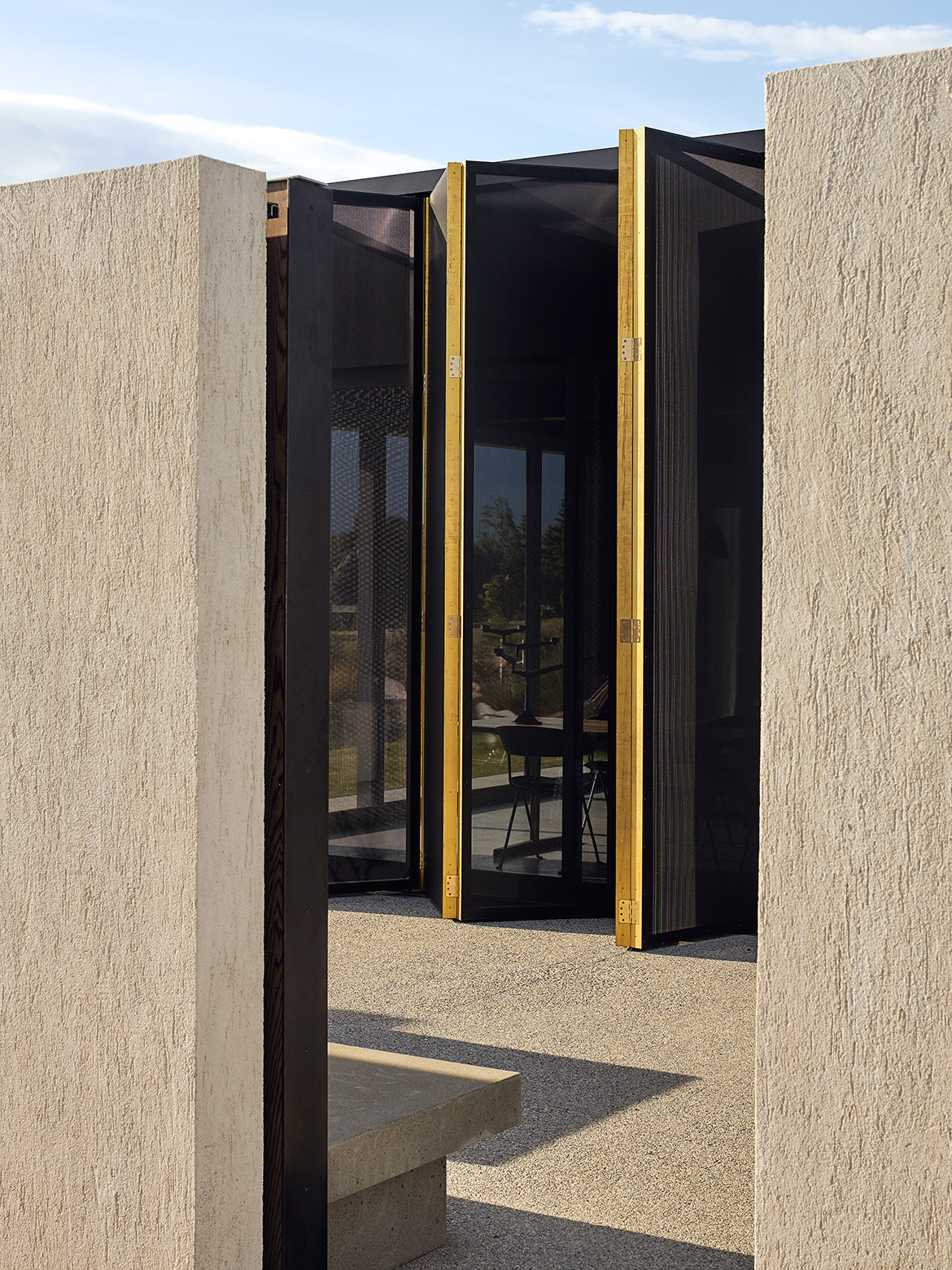 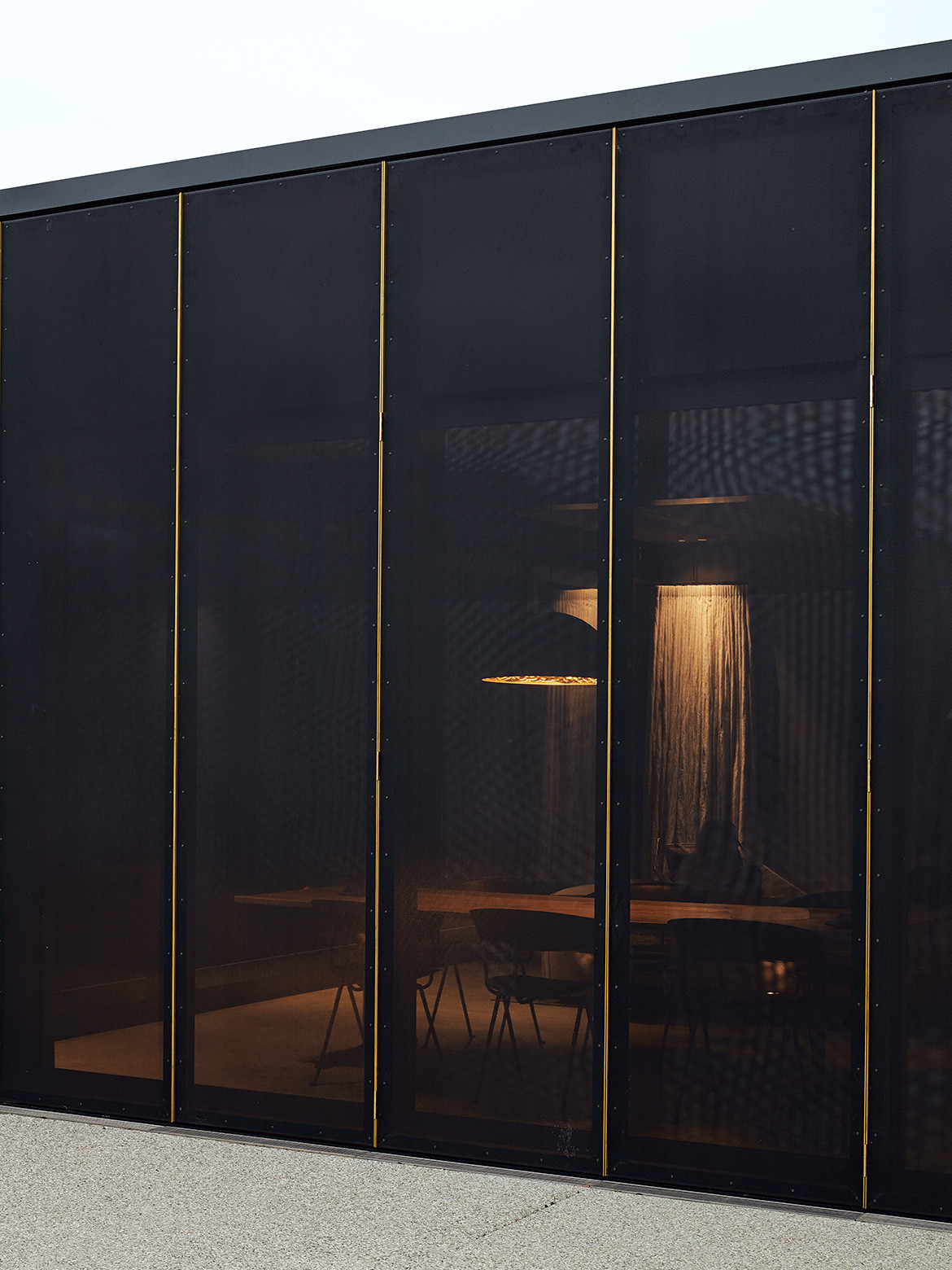 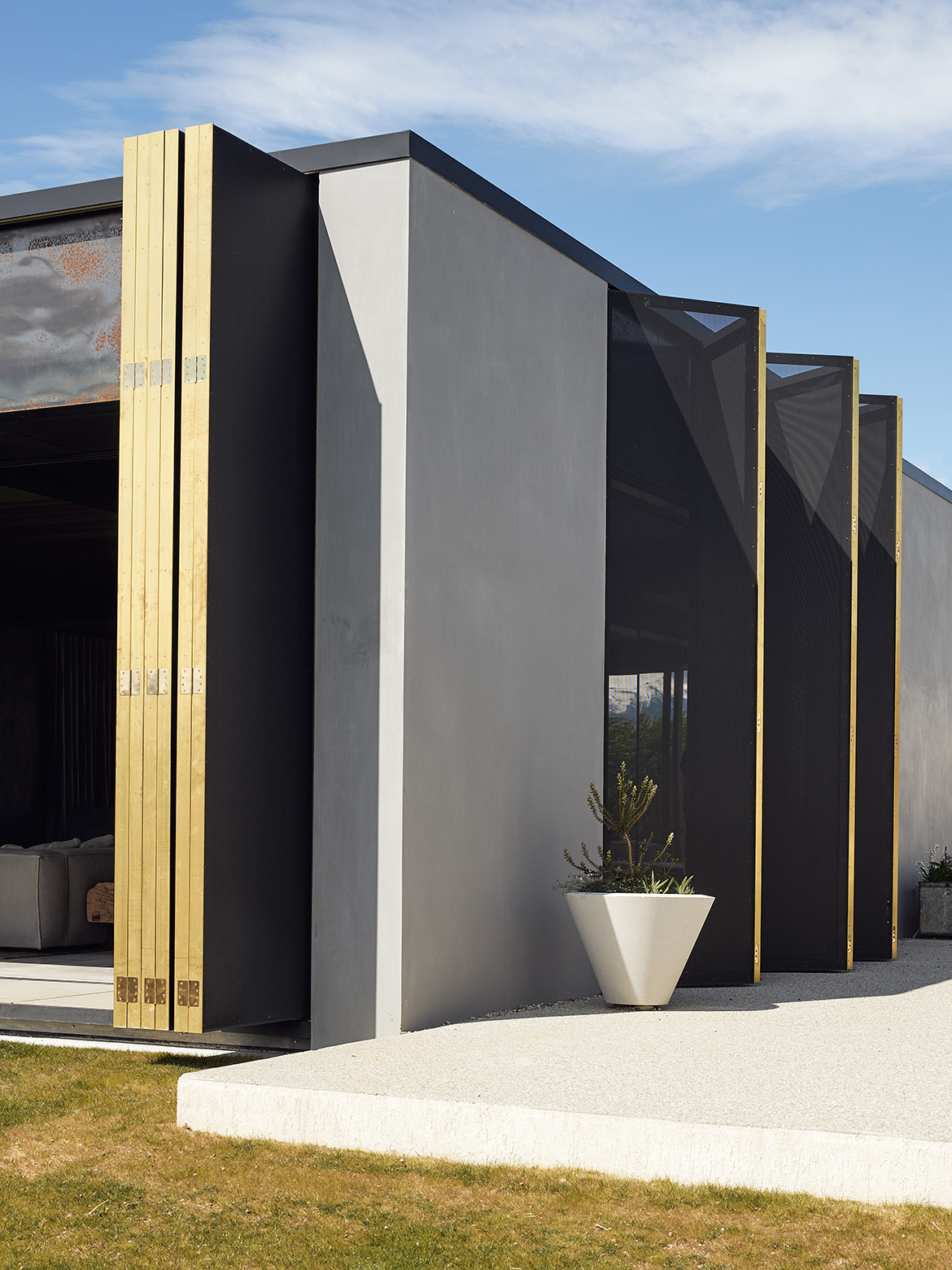 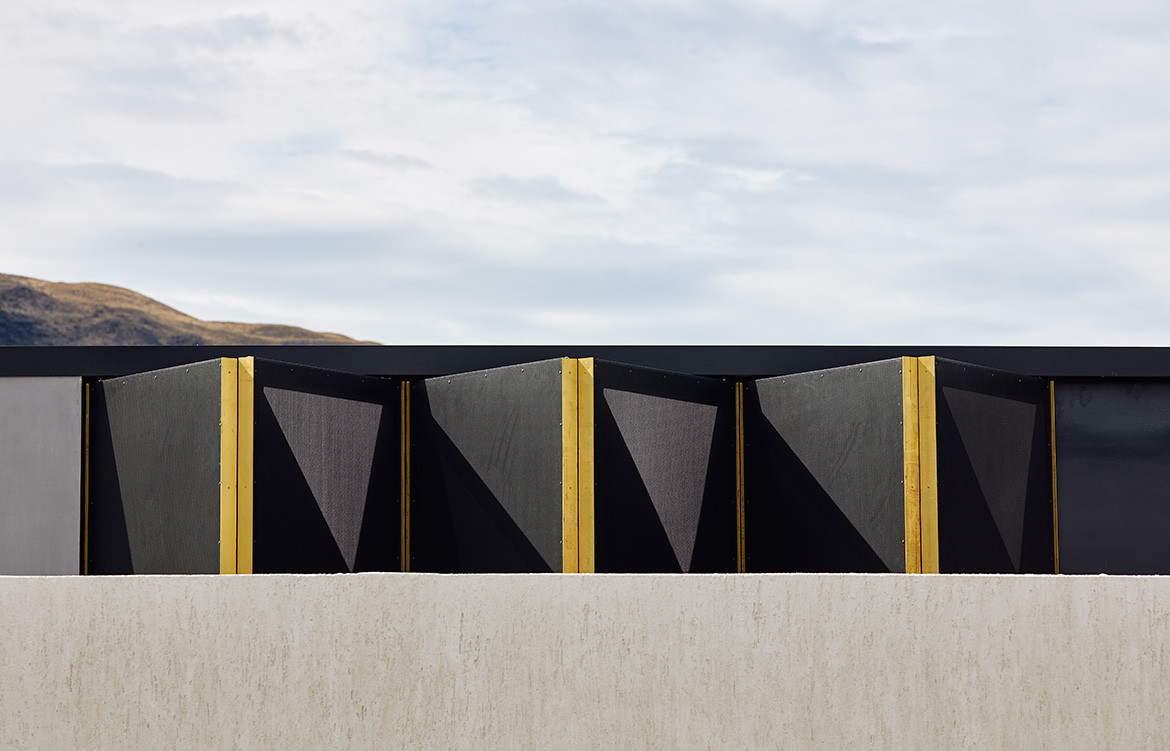 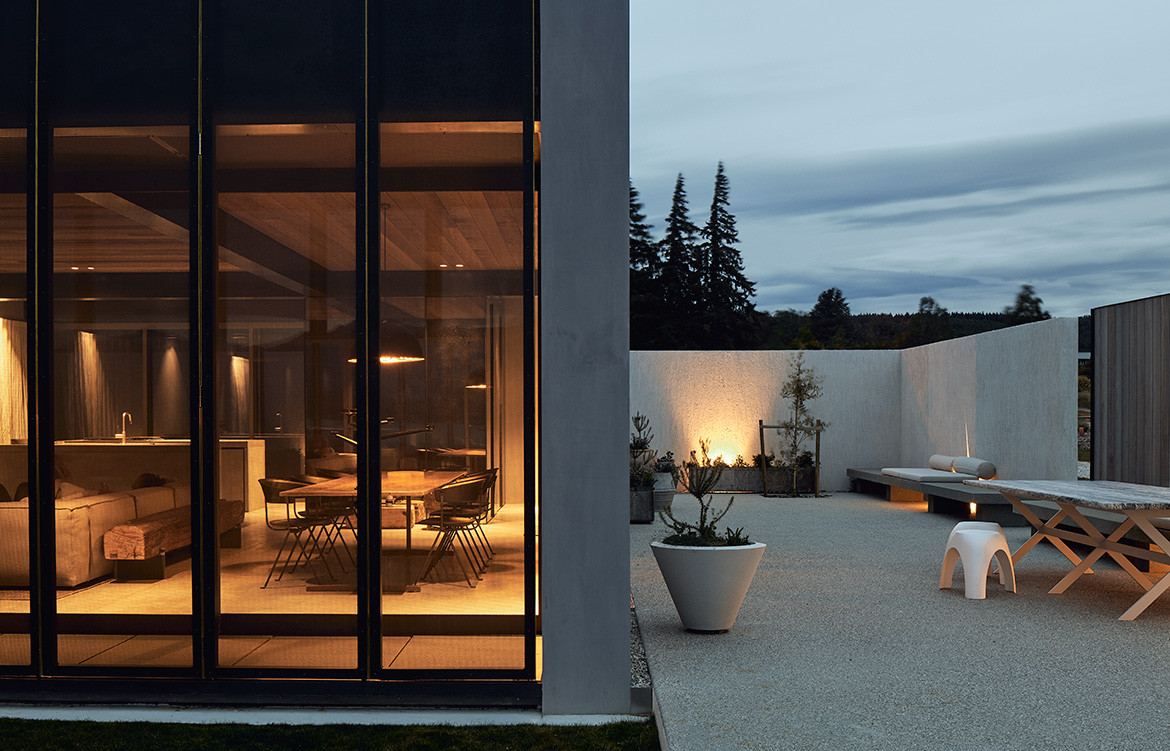 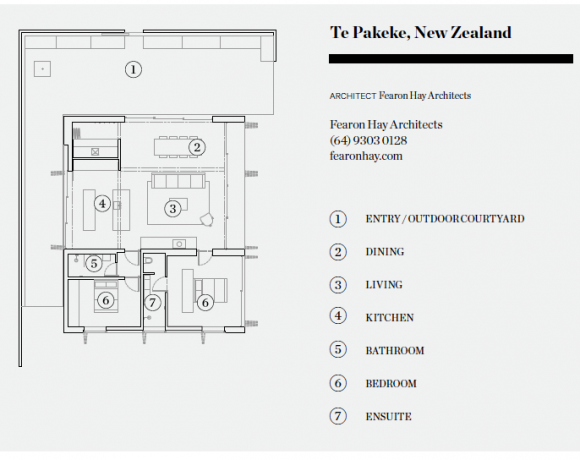