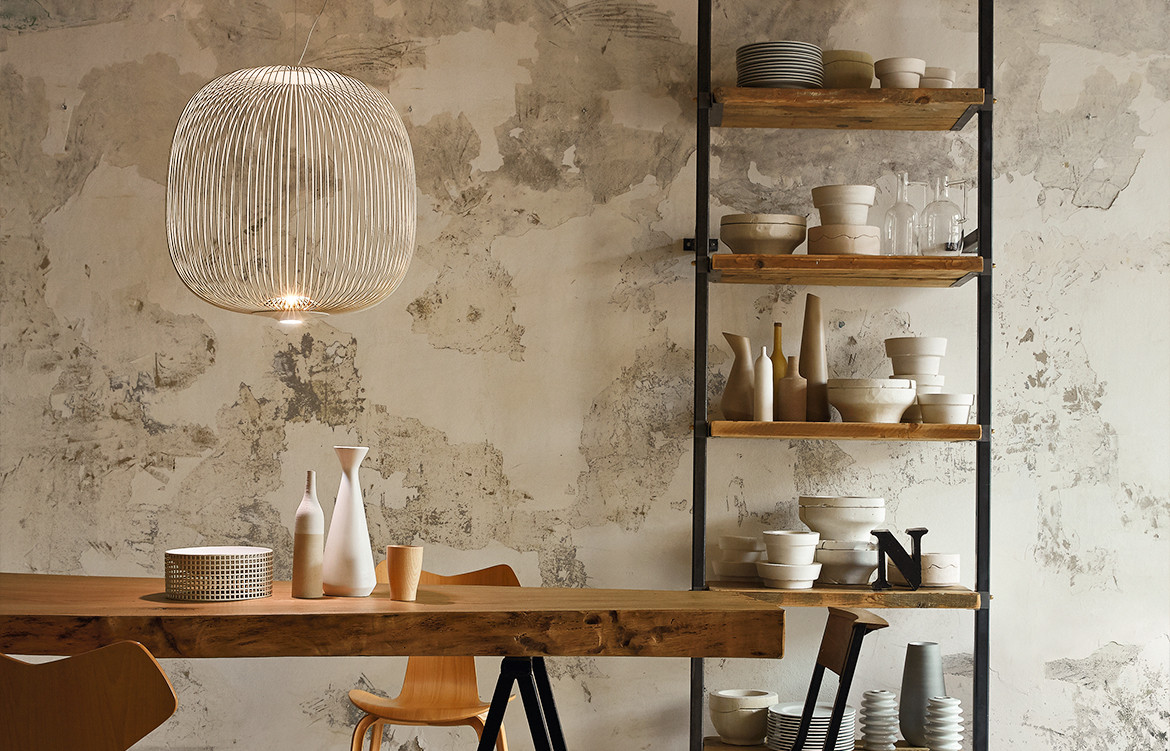 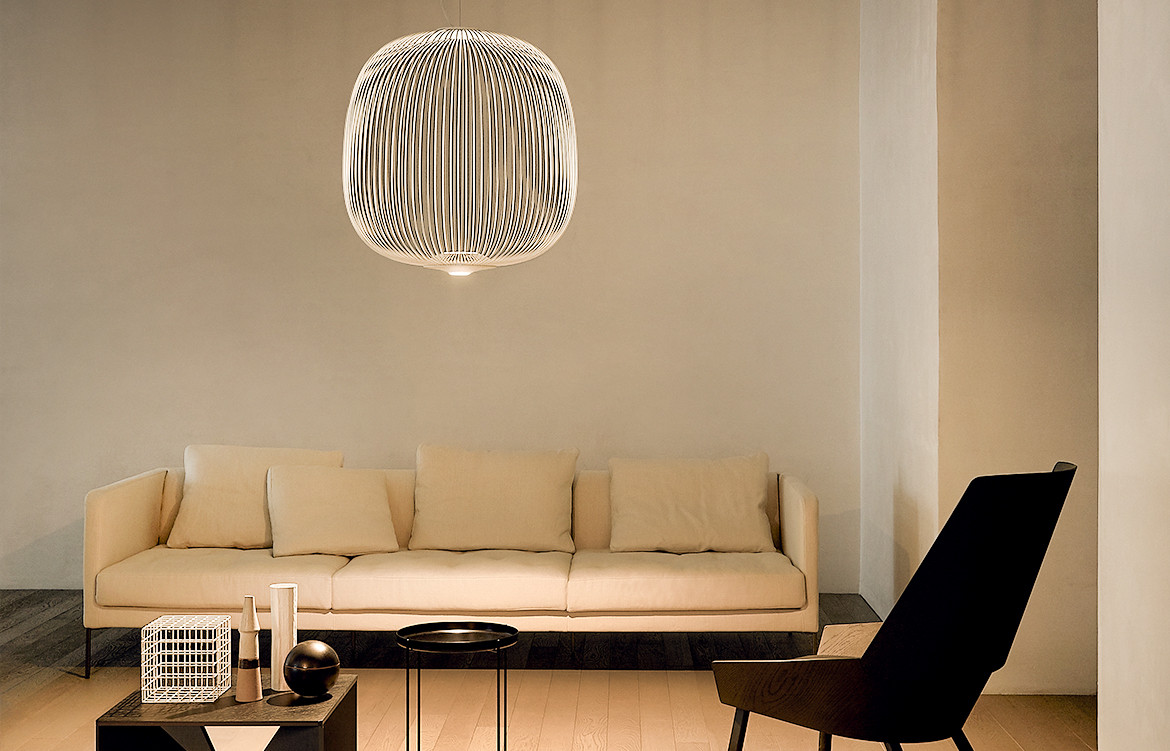 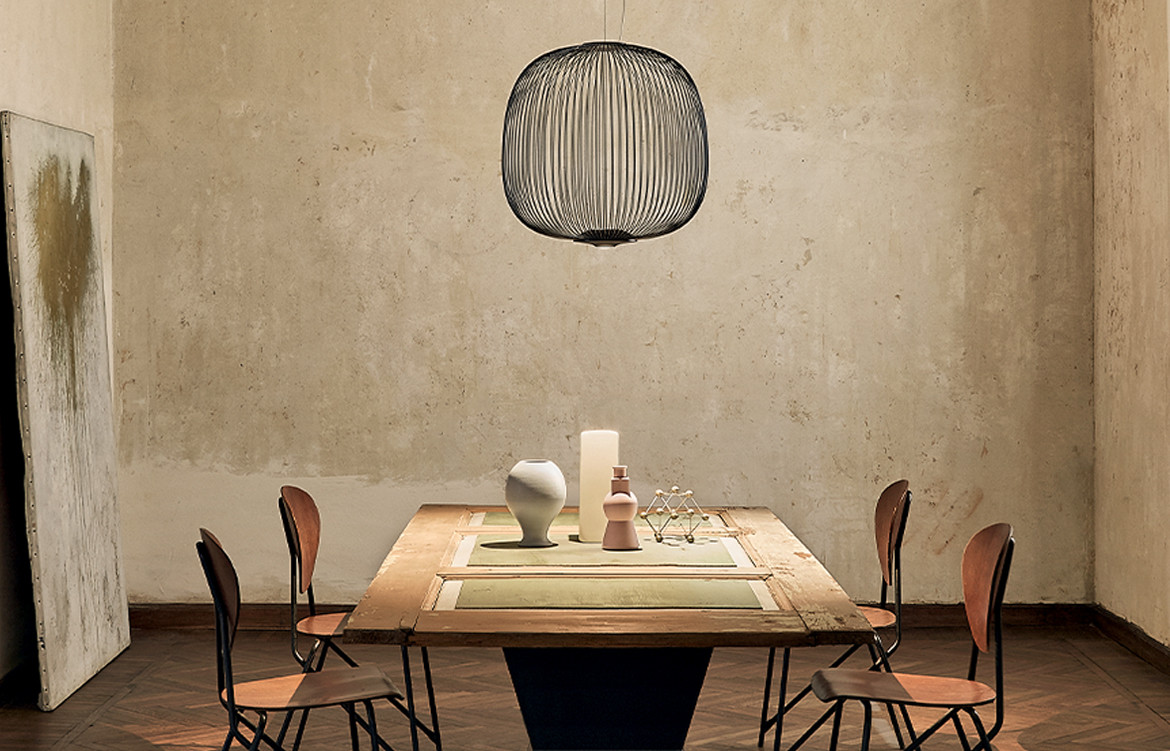 Released at the 2014 Salone del Mobile, the Foscarini Spokes suspension lamps were inspired by images of antique oriental lanterns and aviaries. Designed by Vicente Garcia Jimenez and Cinzia Cumini also observed the spokes of a bicycle wheel which gave the lamp its name. The result is soft shapes and a lightweight lamp which holds the light allowing it to filter out into the room.

The lightweight quality of the lamp combines with the solidity of its form, made of metal rod, and the practicality of its LED light source, allowing it both to illuminate surfaces and project an interplay of light and shade onto the walls with a multiplication effect.

The manufacturing process used – bending the metal rod – is suggested by the form of the lamp itself which also includes a small recess concealing the light source, an innovative way to make the electric cable invisible. The development of the Spokes lamp into two forms, sizes and colours highlights its versatility, making it suitable for both living spaces and public venues.

This product is purchasable online, Click Here to be taken to the vendor.

Have some questions or want to know more about this product? Get in touch with Space via the form below.

Space launched its first showroom in Sydney in 1993, quickly establishing the benchmark for design retailing in Australia. Since then the company has developed into South-East Asia's largest and most progressive retailer of contemporary design. 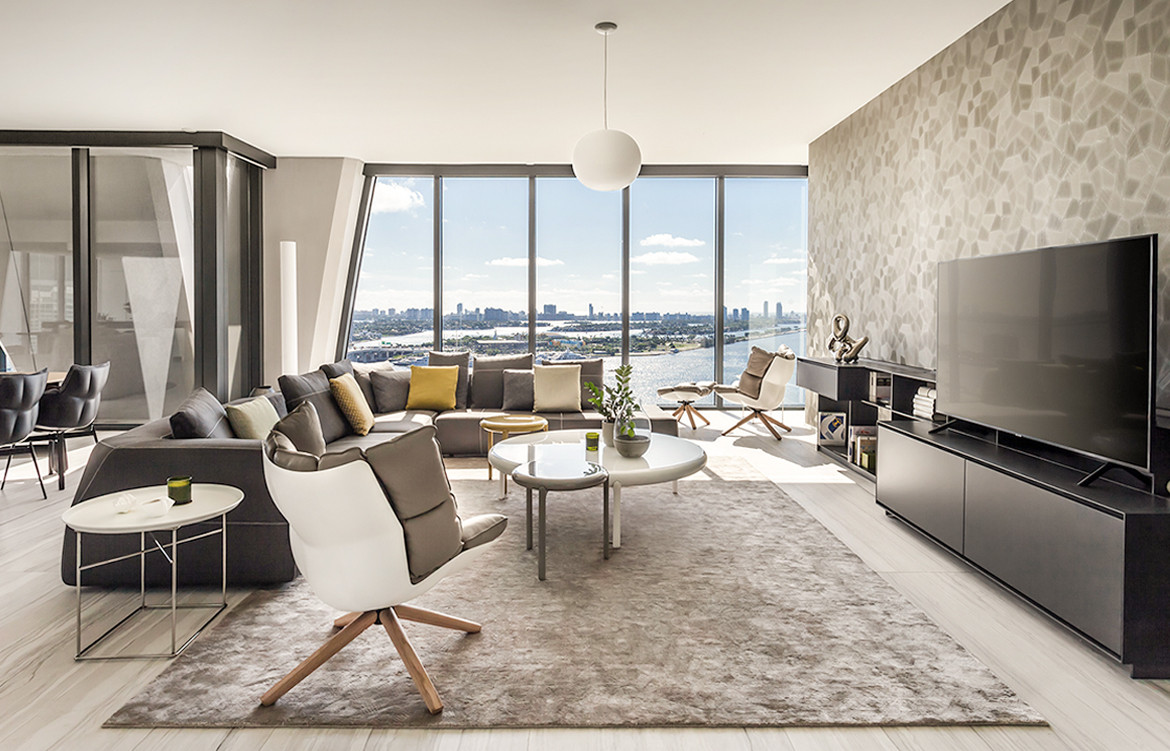 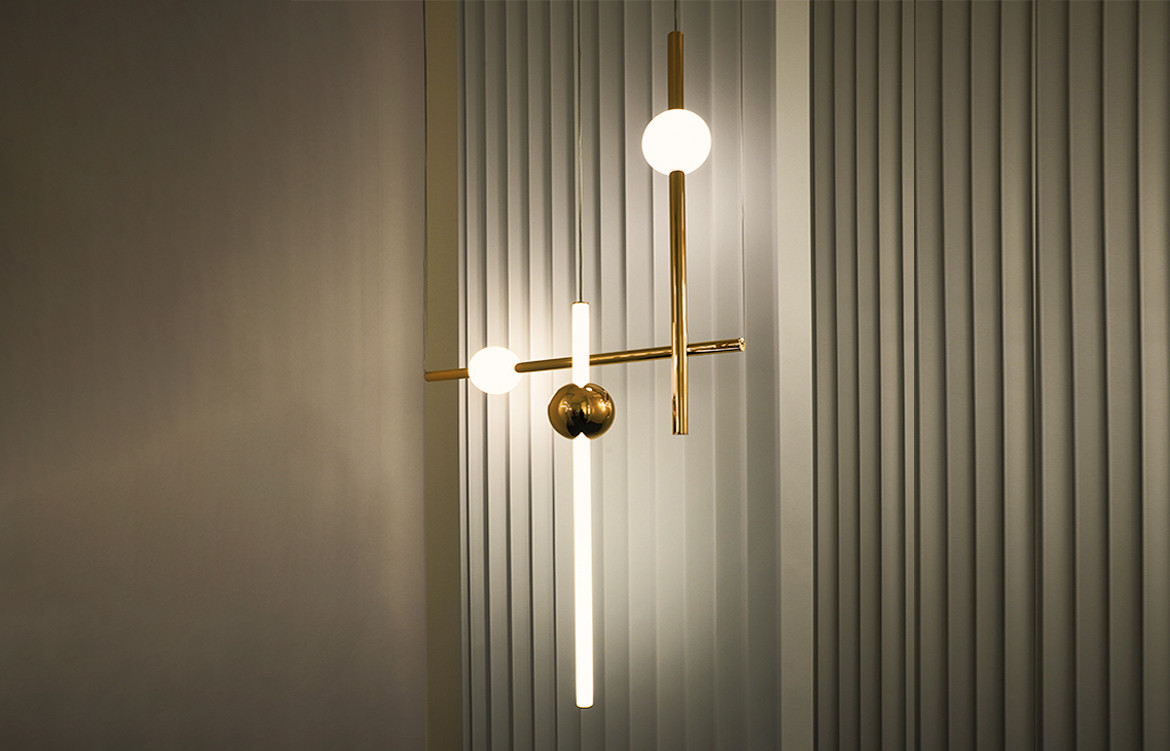 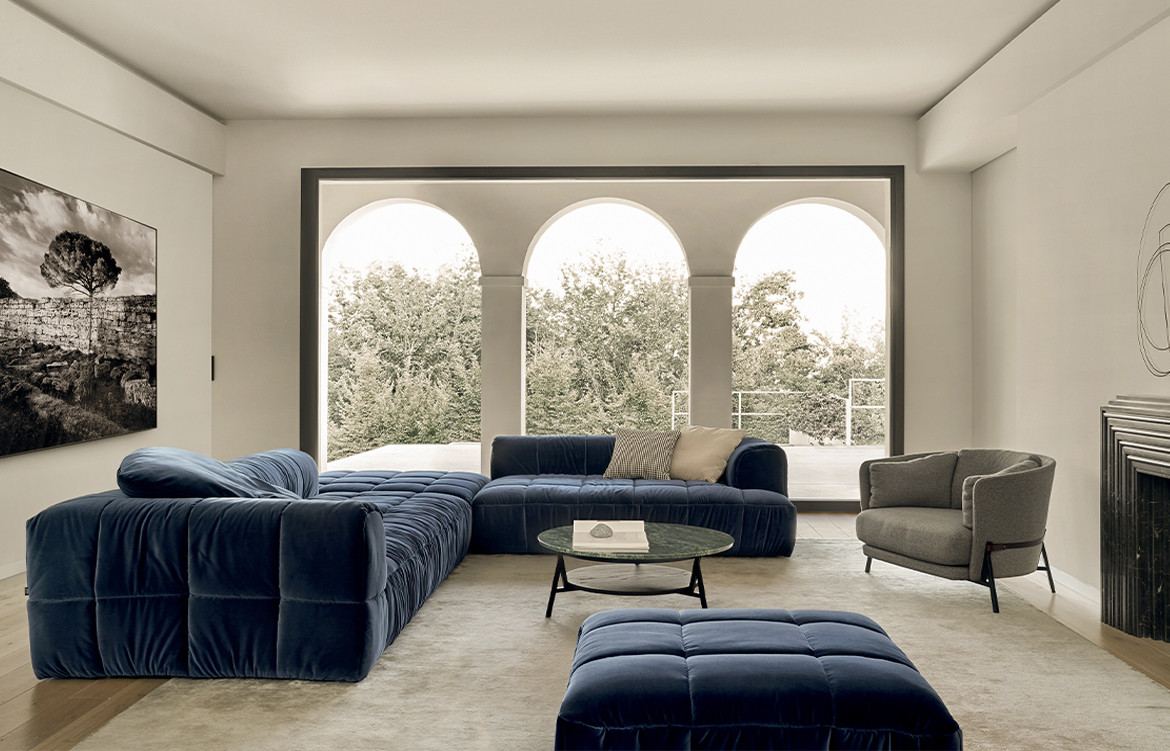 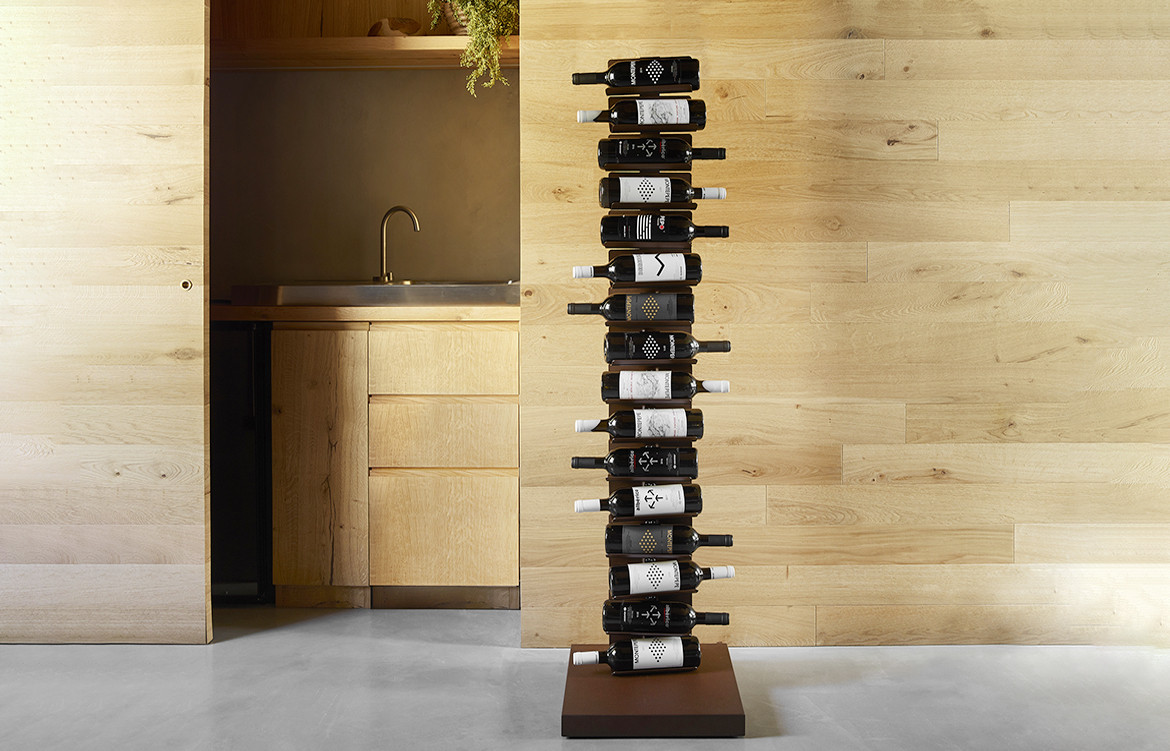