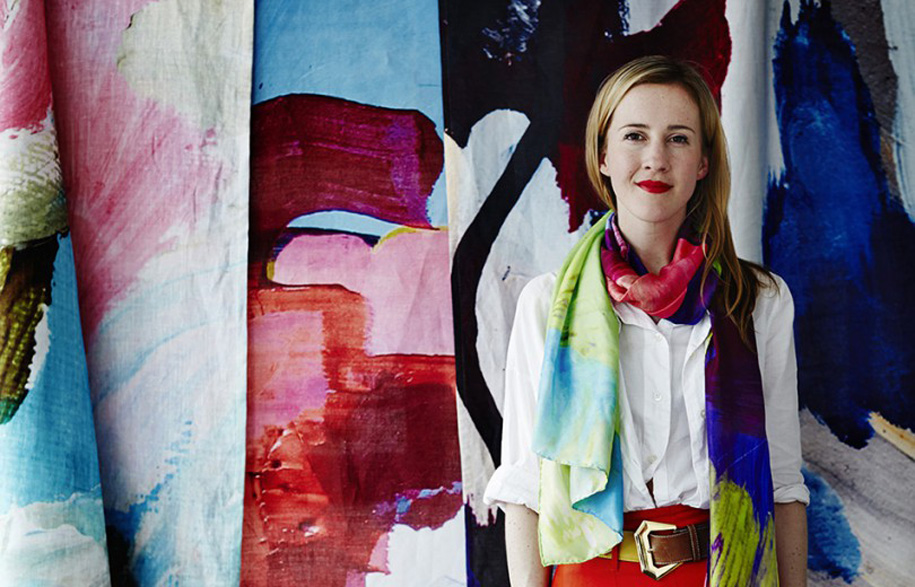 Above photo by Sharyn Cairns

Where her 2012 textiles collection Älv (Swedish for ‘river’) drew inspiration from Sweden’s natural environment Andamento evokes a visual sense of history through a creatively-induced patina.

“Andamento is defined as the visual flow and direction within a mosaic produced by the placement of rows of tesserae,” says Engelbrecht. 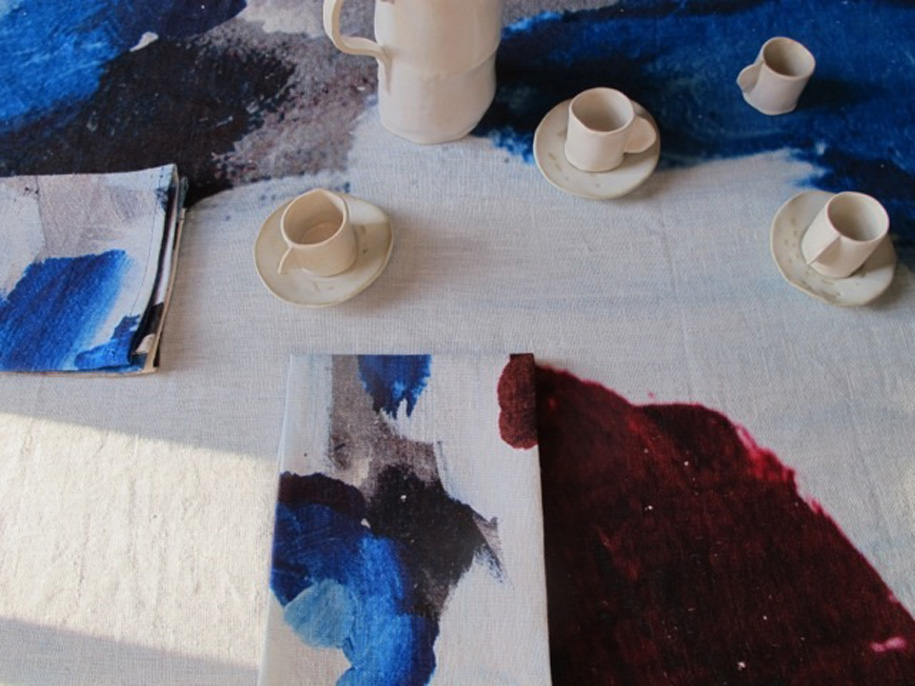 “I hand paint each canvas tile and arrange them individually on top of another painting. This stage takes hours. Once the painting is covered, I begin to remove the tiles to imitate natural deterioration until almost half the work has disappeared. It is not weathered by centuries but by my own hand.” 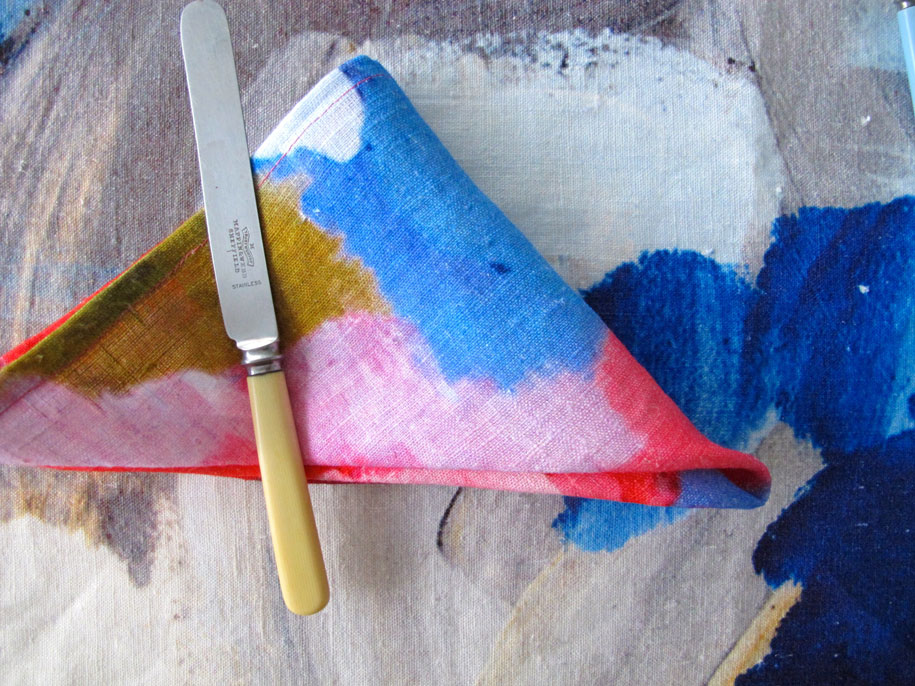 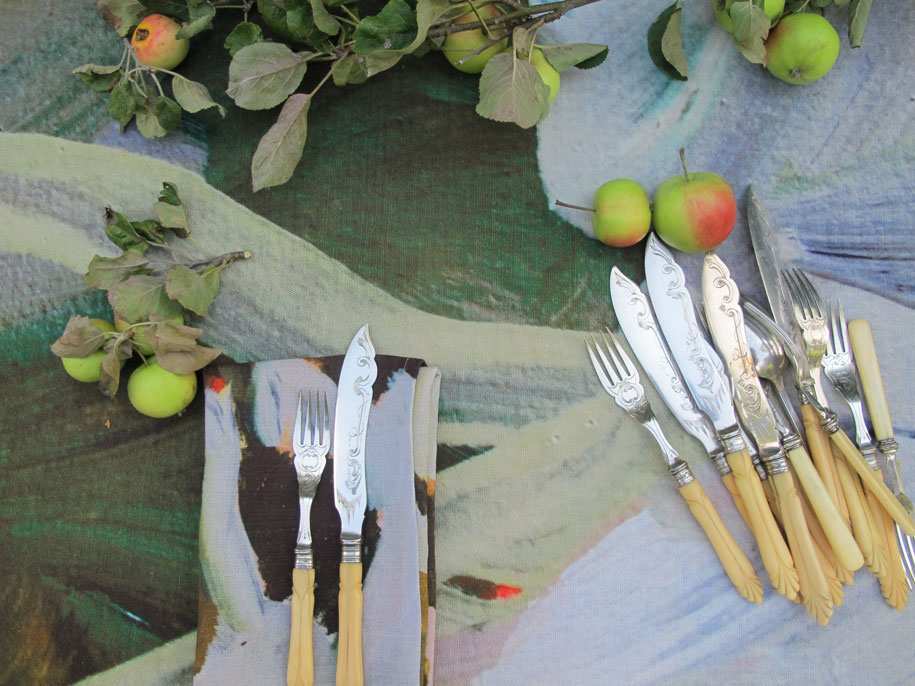 Since graduating from a fine arts degree in fashion Brisbane-raised Engelbrecht has received the Mercedes Benz Start Up and Emerging Designer of the Year awards both in 2007, the 2013 Cambridge Creative Kickstart Award, held a successful exhibition at London’s Anthropologies Gallery and had meetings with fashion and homewares behemoth Missoni. 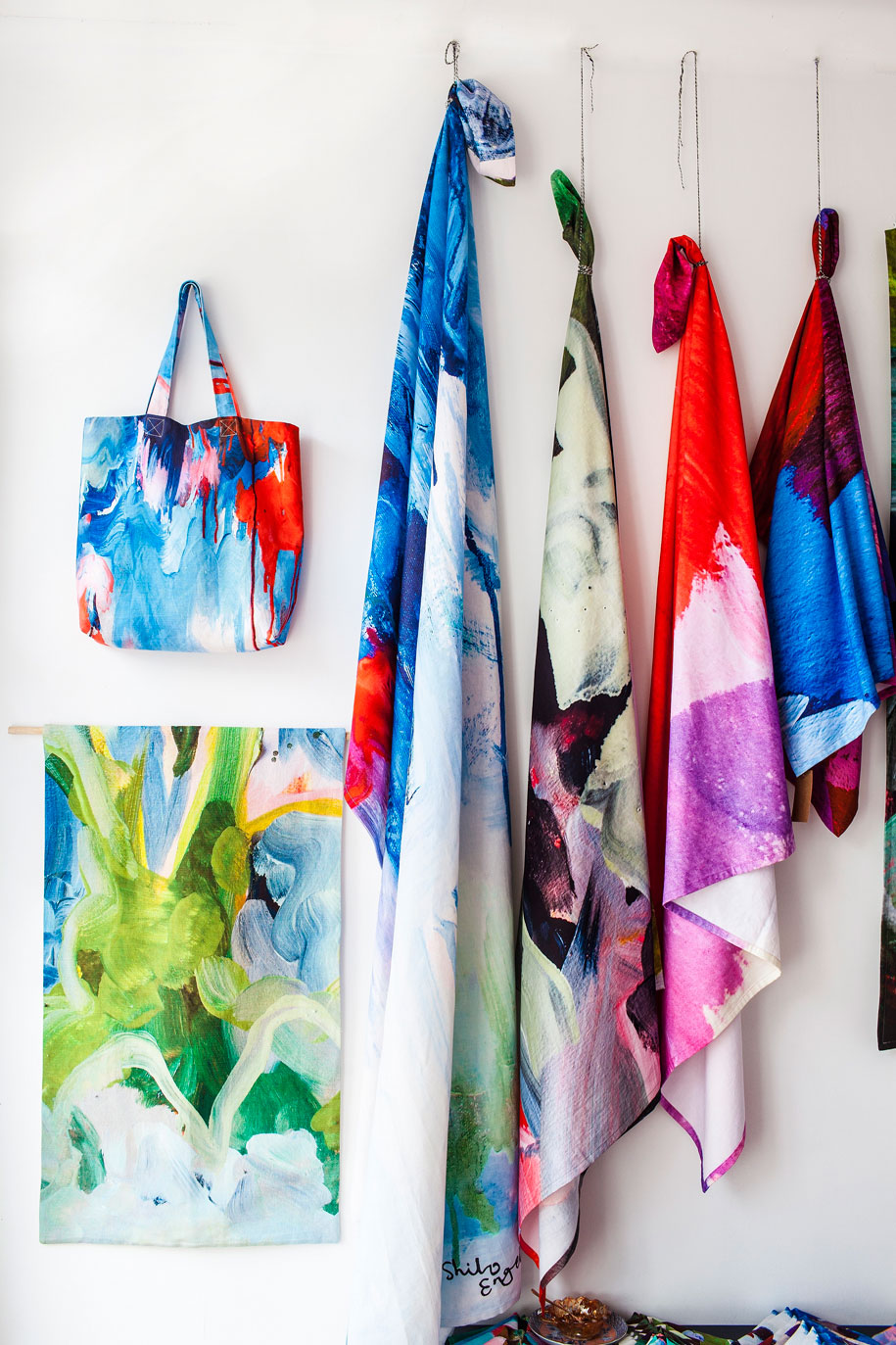 Photo by Kara Rosenlund
Dividing her time between her Stockholm-based studio, the United Kingdom and Australia the artist and textile designer takes a multi-disciplinary approach to her work – on the one hand producing vibrant “painterly” textiles sold by the metre or as homewares and accessories and on the other, selling her eye-catching original oil paintings and undertaking private and commercial commissions.

Engelbrecht established her first studio in Cambridge, December 2012, her creativity sparked by Cambridge’s arts history and its vast difference to Australia. 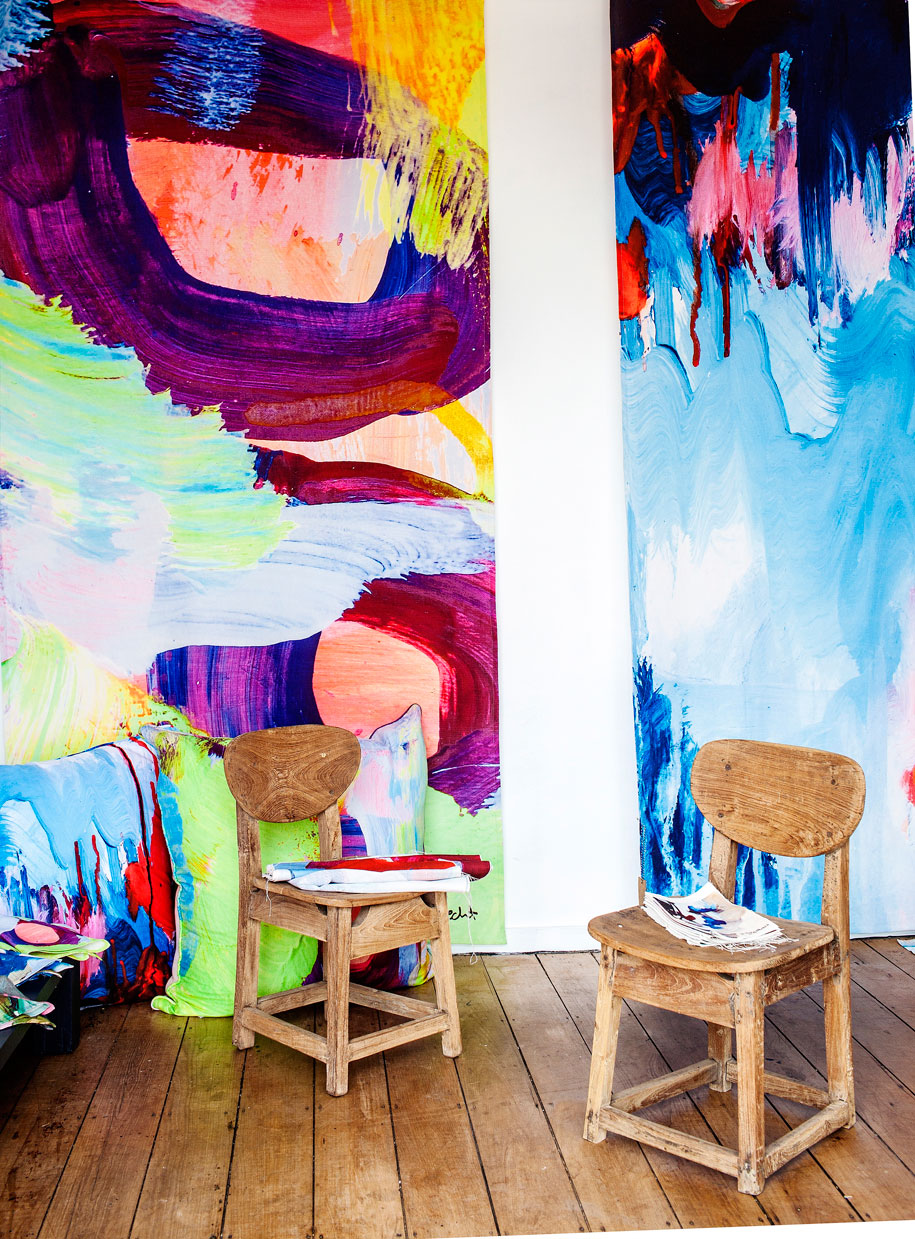 A lack of diversity in traditional textile design fuelled a desire to produce larger scale works – textiles as “mural-style panels” for wall mounting, upholstery and bedding.

“The intention with my first range was to enlarge my original oil paintings and transfer them onto linen, to allow more experimentation with their application in the home,” says Engelbrecht.

“I found there was not much diversity and the traditional formula for textile design including repeating patterns, were not compatible with the scale and way I wanted to work.”

Working in her Stockholm studio has now ensured Engelbrecht can work to the scale she’s always wanted to – “big”.

“I have 10-metre rolls of Swedish painting linen that I’ve hammered to every spare wall and floor space. This is a dream come true.” 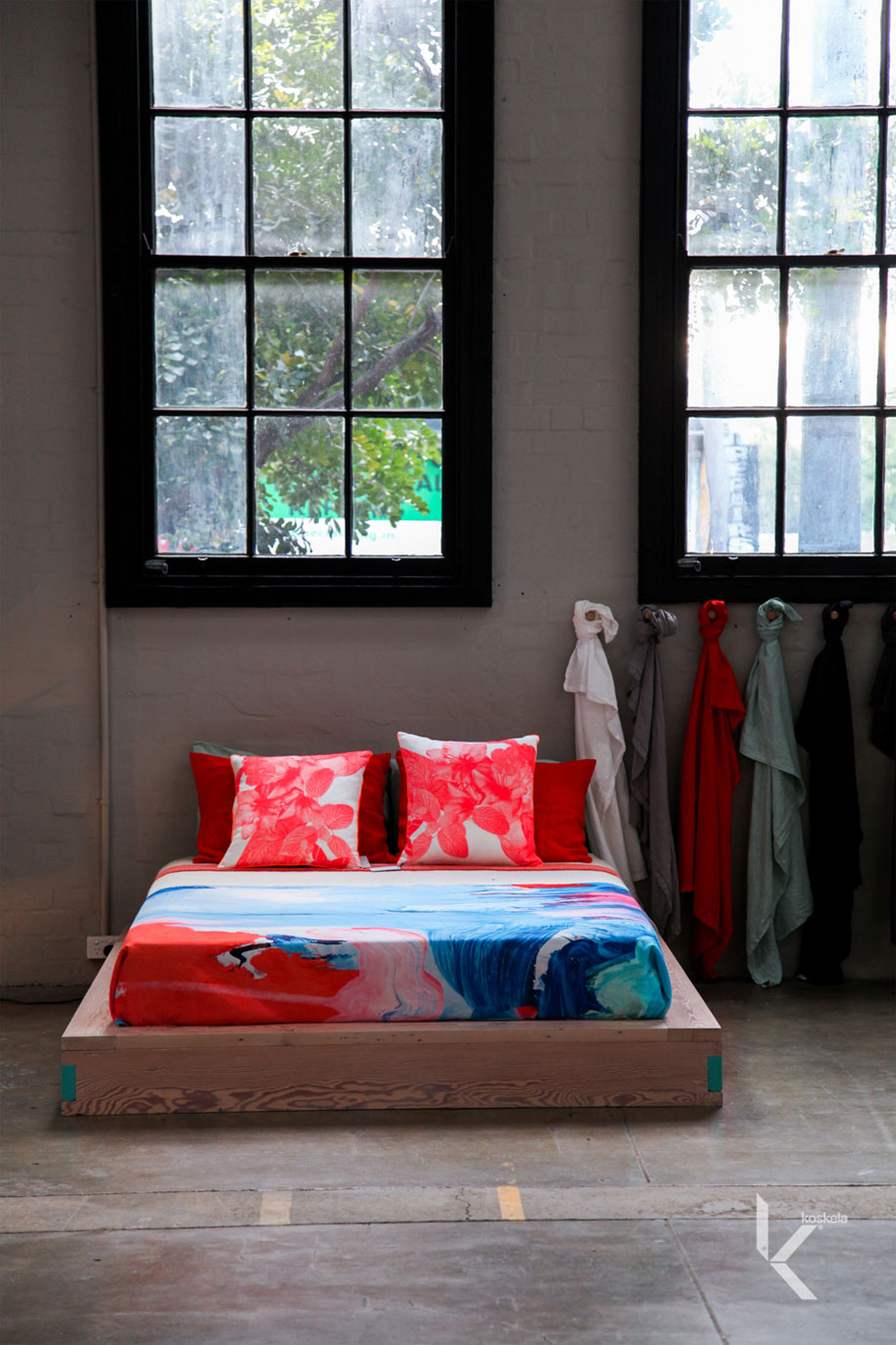 Shilo Engelbrecht’s works will be available at The Design Files Open House, Melbourne in December and during November and December at the Älv Textiles by Shilo Engelbrecht exhibition and gallery shop, 131 Latrobe Terrace, Paddington, Brisbane. 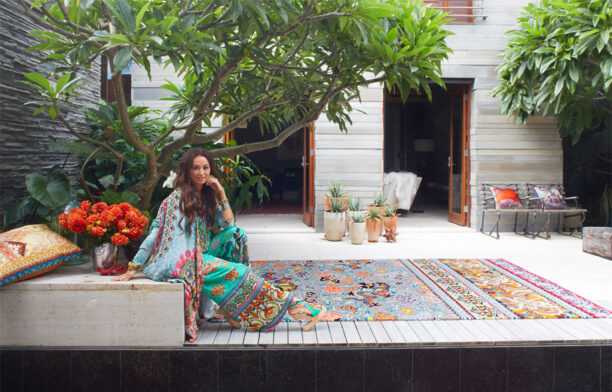 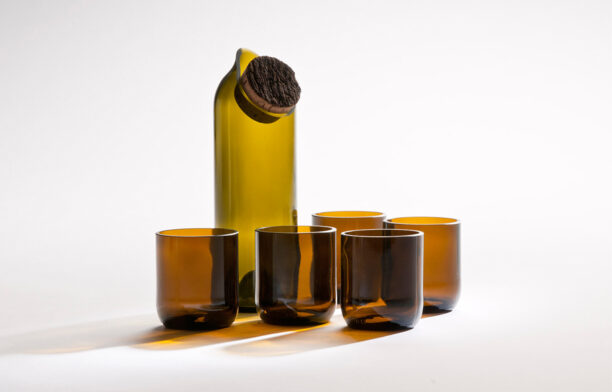 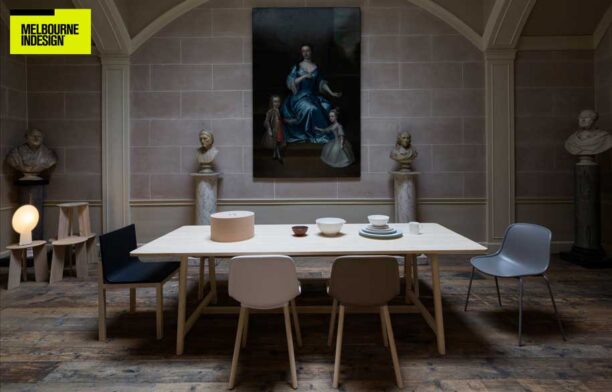 5 New Australian Designers to Know About 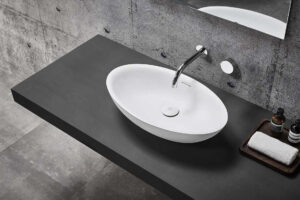 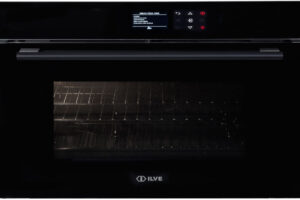