Barazza - Made to Measure, Mad.. 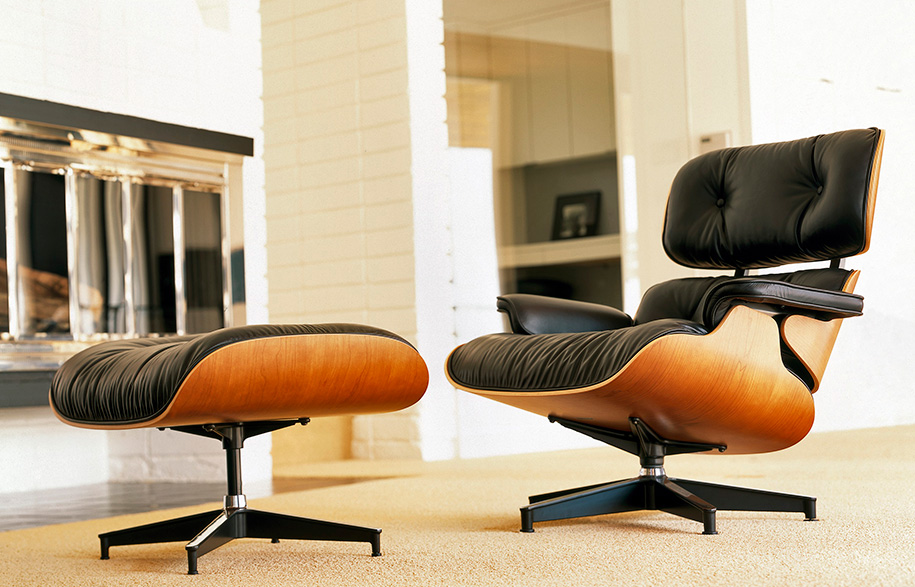 The Eames Lounge and Ottoman are amongst the most iconic designs in industrial design. Seamlessly blending luxury and comfort, the Lounge and Ottoman now celebrate their 60th anniversary, making it only fitting that we revisit them.

When the Eames Lounge and Ottoman was introduced to the world in 1956, there was nothing else quite like it. 60 years later, it is an unsurpassed design icon, displayed in museums and enjoyed in the comfort of many homes. The design was the result of Charles and Ray Eames’ investigations into moulding plywood, and a desire to improve a familiar fixture in many living rooms – the lounge chair.

In continuous production since its release date, the Lounge and Ottoman are universally recognisable, and widely admired as one of the most significant designs of the 20th century. However, Charles and Ray’s original scheme for the chair was far more simple. They set out to create, “a special refuge from the strains of modern living.” Such a concept still resonates with designers, manufacturers and consumers to this day, and is probably just part of the reason for the lounge’s positioning in design history.

Born out of the legendary Office of Charles and Ray Eames, the Lounge and Ottoman was one of the first moulded plywood chairs – the product of a brand new process of super-heating the wood and then bending it into impossibly perfect and smooth curves. The undulating seat and the curved back both contributed to the paradox Eames strove for with nearly all of their furniture; the balance between modern processes and natural forms and inspiration.

Five things you might not know about the Eames Lounge and Ottoman:

Furniture to pass on