Back to nature: Elevating the .. 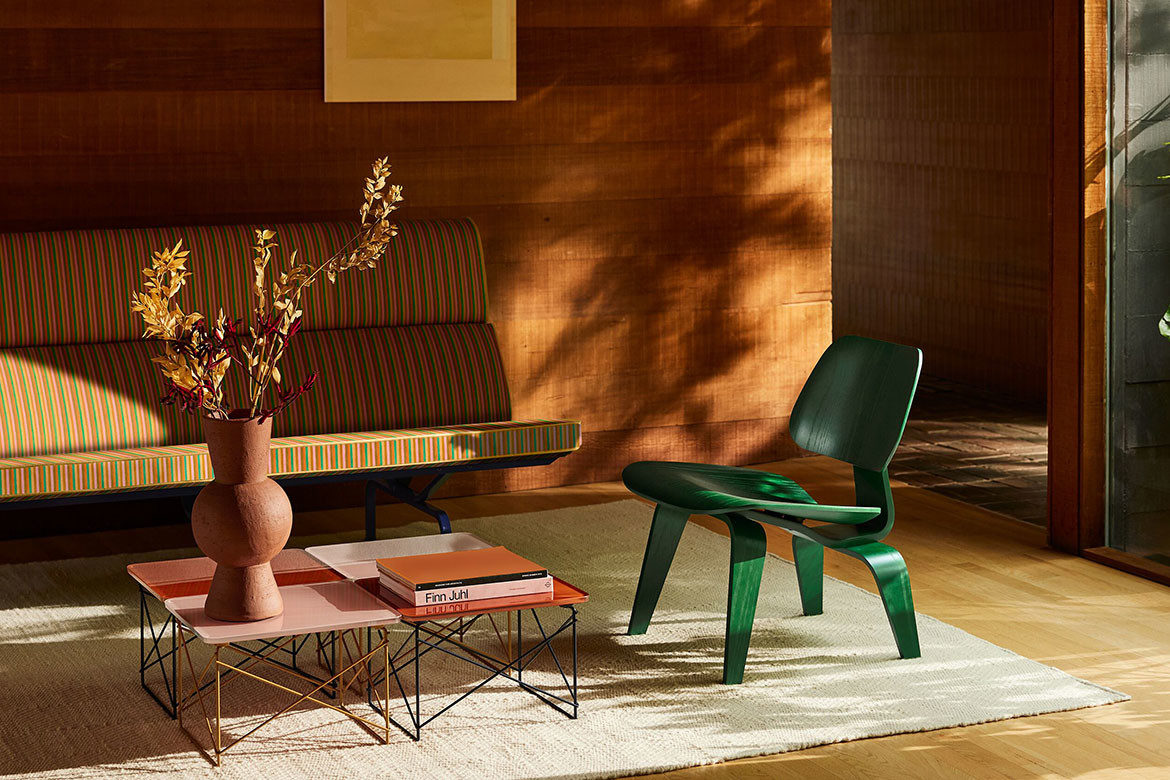 Exemplar Danish designers and consummate Eames fans, Rolf and Mette Hay have been invited into an extraordinary collaboration with Herman Miller to deliver a 21st-century reinterpretation of eight beloved Eames mid-century classics.

The range features inspired new colours and materials, with the collection rethinking these iconic designs from a contemporary point of view.

“Herman Miller is built on a legacy of risk-taking and creative collaboration,” says Ben Watson, President, Herman Miller. “With this collection, HAY thoughtfully reimagines Eames classics in a forward-thinking, first-of-its-kind collaboration. A unique vision of colour, the evolution of thoughtful materials, and a beautifully interconnected story of design partnership harnesses the enduring spirit of Herman Miller,” says Watson.

Driven by a philosophy of curiosity and play, this new collection aligns with Rolf and Mette’s appreciation of Charles and Ray Eames‘ playful, yet rigorous approach to design: “They were very experimental in taking advantage of new technologies. And they were having fun,” says Rolf Hay.

Moreover, the underlying principle that good design should be for everyone, is as present with HAY as it was with the Eames Studio.

“Since the inception of HAY, our goal has been to provide our customers with access to works by the best designers in the world — designers who understand that if you want to create high-quality industrial design for the many, then you need to find smart ways of producing,” adds Rolf Hay.

Consulting the Herman Miller archives for references that would modernise without recreating, HAY also explored Eames ephemera. Catalogued by MillerKnoll archivist Amy Auscherman; the resource includes one-off furniture prototypes listed on auction sites and in museum catalogues; plus out-of-production textiles by Alexander Girard, archived at textile brand Maharam’s New York studio: “Being very familiar with the existing colour range, my intention was to focus on looking ahead, instead of looking too far back,” says Mette Hay.

As the founding director of the textile division at Herman Miller, Alexander Girard became a close personal friend and frequent collaborator with both Charles and Ray. Girard’s innovation within the textile realm employed bold and unusual colour combinations as well as subtle, understated, and textural palettes. Effectively this allowed the designers a great variety of options.

“…working with Alexander Girard was inspiring for both of them, as working with his textiles has been for us,” says Rolf Hay. The collection includes seven spirited colourways meant for endless interplay and combination, including Toffee, Iron Red, and Powder Yellow.

Complementing the main colour palette is a special edition of the Eames Sofa Compact upholstered in a circa-1955 colourway of Girard’s Jacob’s Coat textile, which Maharam has faithfully reissued for the collaboration at Mette’s request.

The collection’s innovative material palette rethink includes the Eames Hang-It-All, with cast-glass balls in place of the original painted wood and the Eames Wire Base Low Table and Universal Base Round Table, now with cast-glass tops.

Gillian Serisier is an editor-at-large for Indesign Media Asia Pacific, where she covers all corners of design and art across the Habitus and Indesign network. Gillian has contributed to many outstanding publications, and her extensive knowledge and sharp words make for compelling storytelling.
Tags:
Charles and Ray Eames cult Eames Eames Studio furniture design hay Herman Miller Maharam mid-century