Tough In Durability, But Not I.. 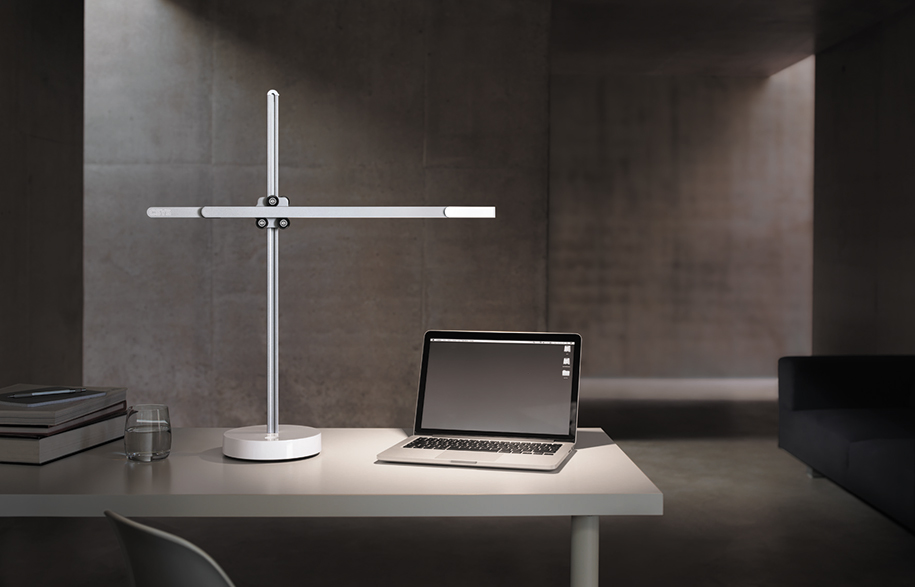 When Jake Dyson set out to redesign the task light he rethought the LED light bulb so that it actually does what it claims; and that is to be a truly sustainable light source. Rebecca Gross reports.

“I’ve been appalled by the entry of disposable LED light bulbs into the lighting industry and I’m upset about the lack of education consumers have of LED lighting,” Jake Dyson says, “so I’ve set about making light fixtures that last a lifetime.” His CSYS Task Light has just launched in Australia and it’s certainly a light designed to last—144,000 hours, in fact. “Buy them once and you’ll never have to replace bulbs, plus the energy consumption is incredibly low,” the designer explains.

The efficiency of an LED light lies in its ability to cool very quickly. Dyson has developed a custom-made heat pipe that releases heat as fast as it is produced, which stabilises the brightness and colour of the light. While most LED products run at about 130 degrees Celsius, providing 30,000 hours of light, the CSYS operates around 60 degrees Celsius, providing 144,000 hours of continuous, non-diminishing light. “This is very important in offices where you have hundreds of lights,” says Dyson. “Because they’re being cooled so rapidly they don’t change colour or brightness differential.”

In addition, the LEDs are set into conical cones under the arm of the lamp with the light from each cone overlapping. The result is a concealed light source that can illuminate a large area evenly, and as the arm swivels and slides it spreads, focuses and repositions light.

Dyson has applied the same LED technology to the Cu-Beam, a high-powered suspended lamp that emits enough light to illuminate a boardroom or dining room table, communal workbench or kitchen island. The Cu-Beam has six heat pipes that are visible in the design of the product and evidence of Dyson’s tenet that form must follow function. “There is beauty in engineering,” Dyson explains. “I find with instruments—and this is very much an instrument—that there is an element of fascination in the mechanics, and fascination is an element of beauty.”

Certainly both the CSYS and Cu-Beam have garnered great interest from architects for this reason and Dyson is excited about their reception in the Australian market. “Australian architects have freedom to design stunning contemporary spaces that suit these products extremely well,” he says.

Dyson is motivated by solving problems with a great degree of technicality and has been designing lighting for more than ten years under the banner of Jake Dyson Lighting. In 2015 he integrated the business with Dyson, of which his father Sir James Dyson is the founder, in a move that proves to be beneficial for both parties. “I can learn more about the business and Dyson can start growing in the category of lighting,” the designer explains. He is also determined to educate consumers on LED lighting and the benefits of the technology. “We take the stance that buying a light should be a lifetime purchase,” Dyson says. “It’s a considered purchase, not a disposable one.”