The Making of Muglexia, A ‘Dyslexic Object’ by Henry Franks

The Making of Muglexia, A ‘Dyslexic Object’ by Henry Franks 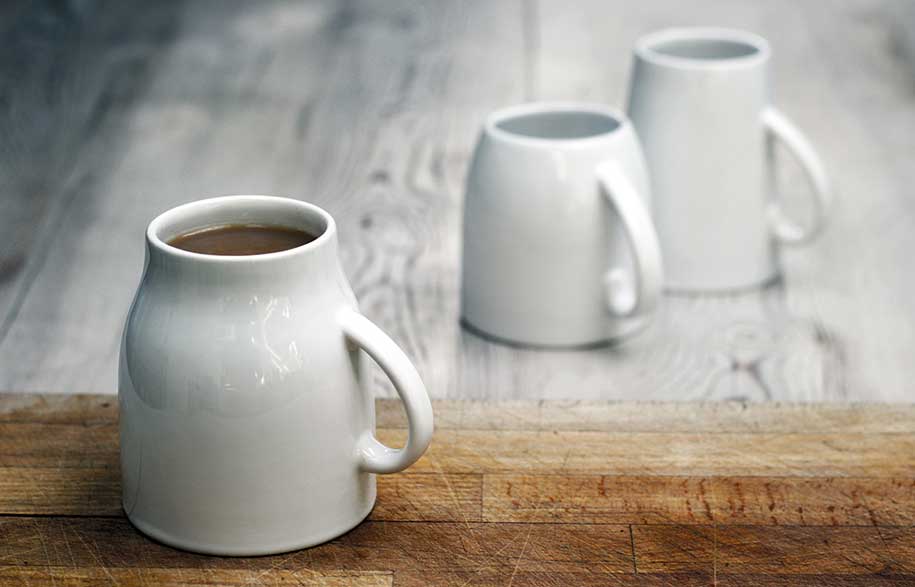 Muglexia is one of Henry Franks’ ‘dyslexic objects’, a range inspired by his own dyslexia. We were eager to see what lay behind a mug bearing such a name and form.

The playful name ‘Muglexia’ resonates beautifully with a product range that celebrates a human condition. The set of mugs, also quirky in form, are part of Henry Franks’ larger range of everyday objects that are altered by – improved by – dyslexia. 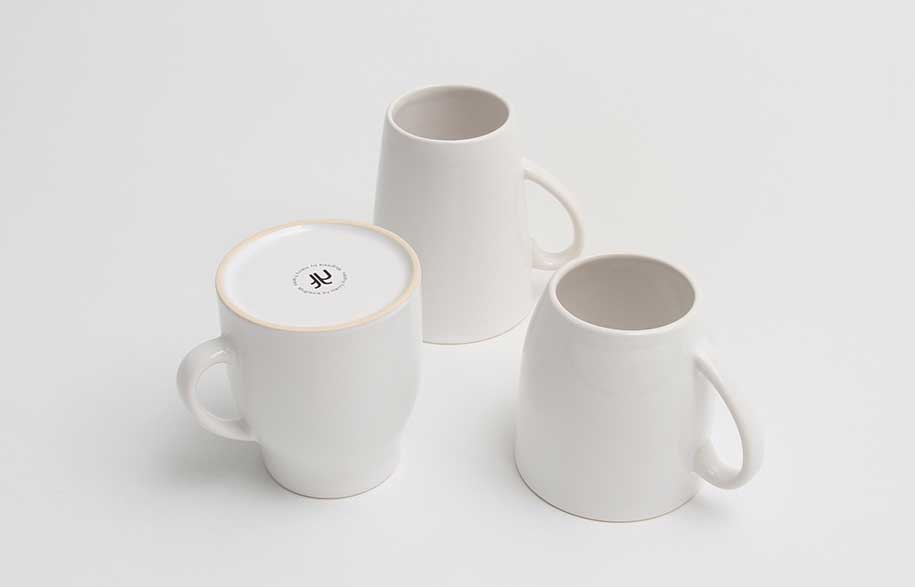 Rather than for aesthetics – or the sake of humour – the mug is inverted to speak to this condition and, importantly, actually improve it. Through design, Franks has created “products with a higher emotional function”, illustrating the dyslexic symptom inversion, and at the same time, be especially practical; they fall over less easily, balance well in the hand and keep drinks hotter for longer. 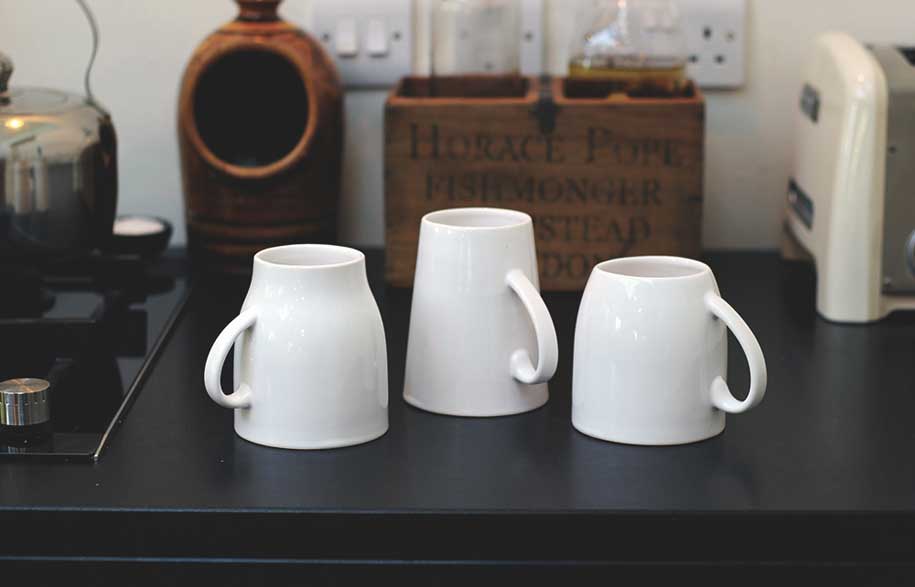 On top of that, his range encourages us to re-engage with ordinary objects. And while we couldn’t have access to the inner-workings of Henry’s brain, there is clearly a fascinating process here that we are lucky enough to see part of through images. Thank you Henry. 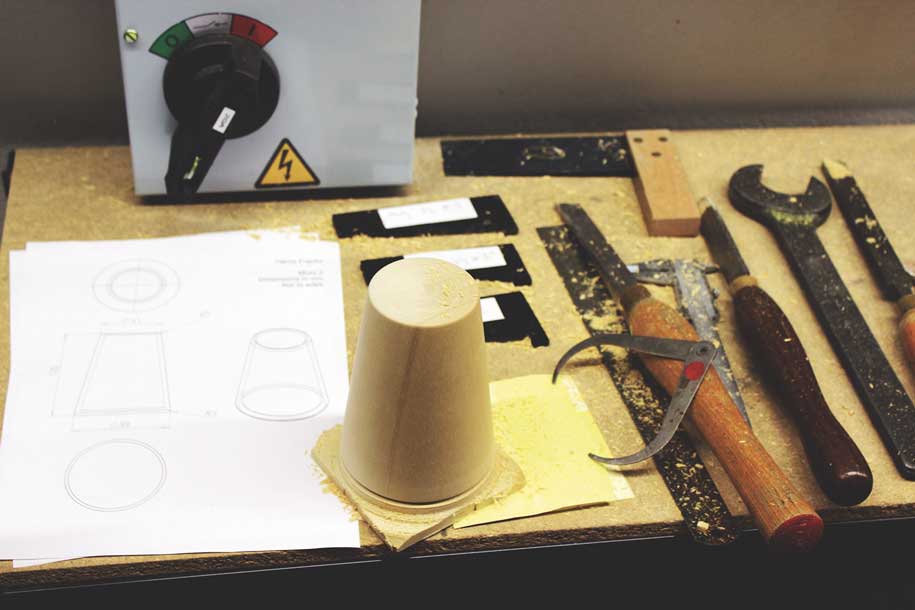 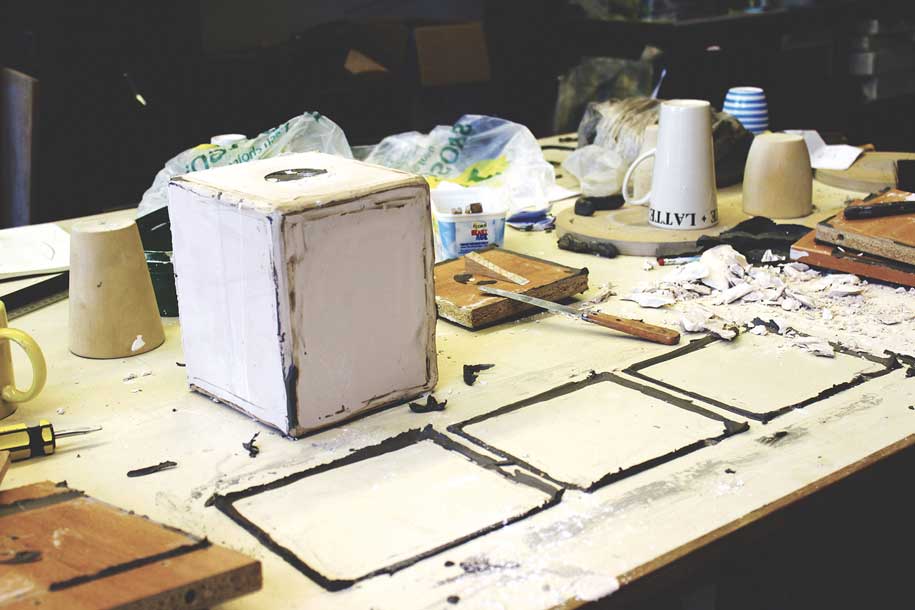 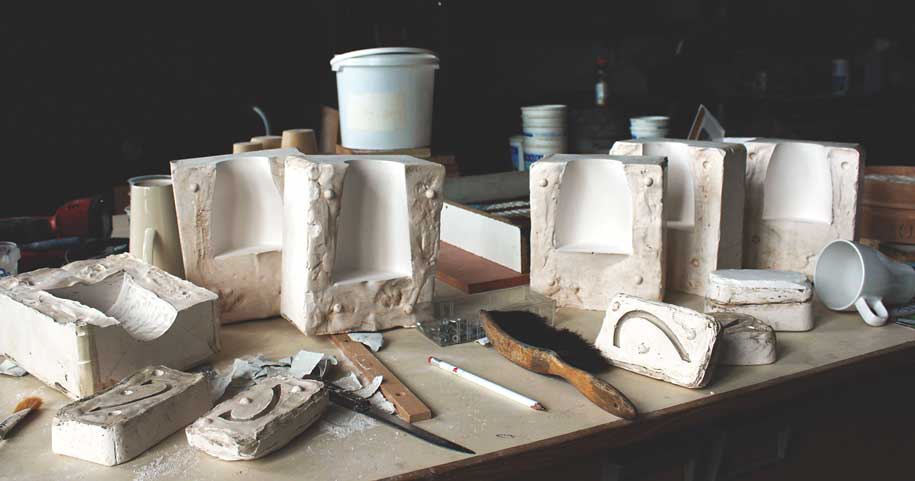 Cleaning up the prototype moulds before casting 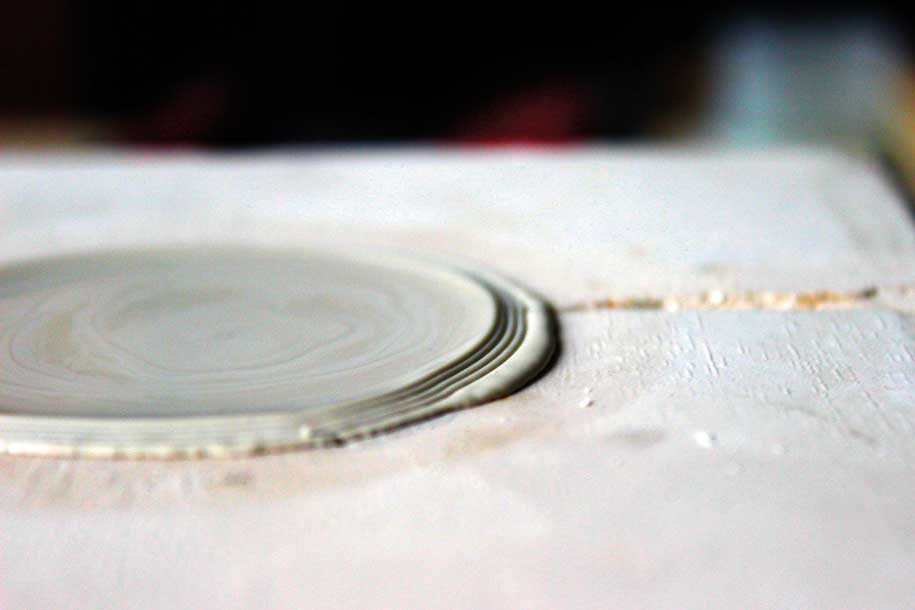 Close up of the flood slip casting process. The plaster sucks the water out of the slip to form the wall of the mug 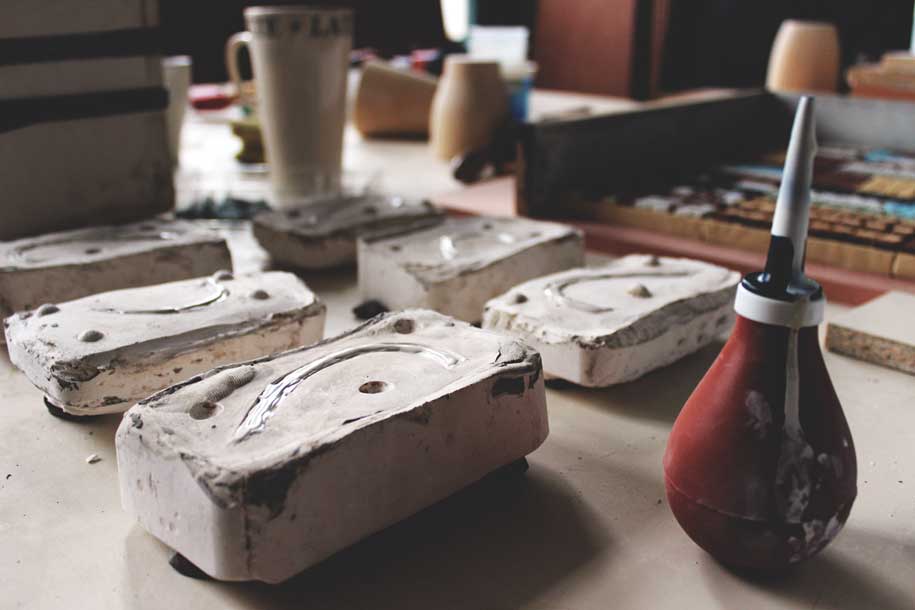 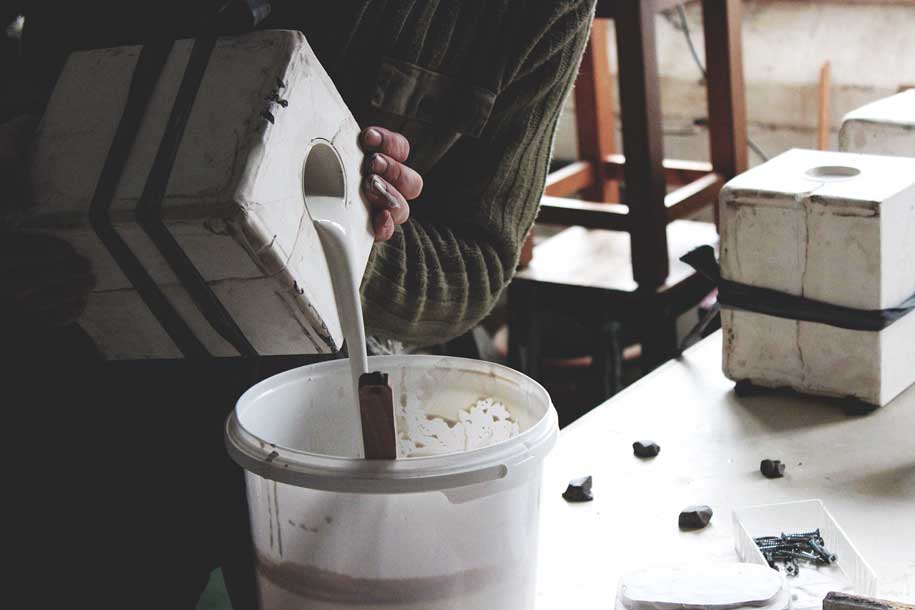 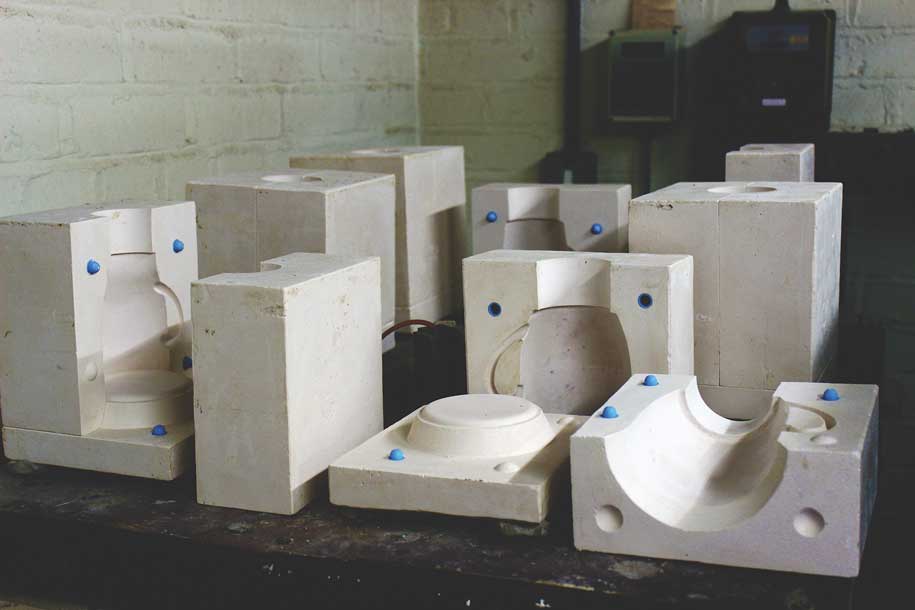 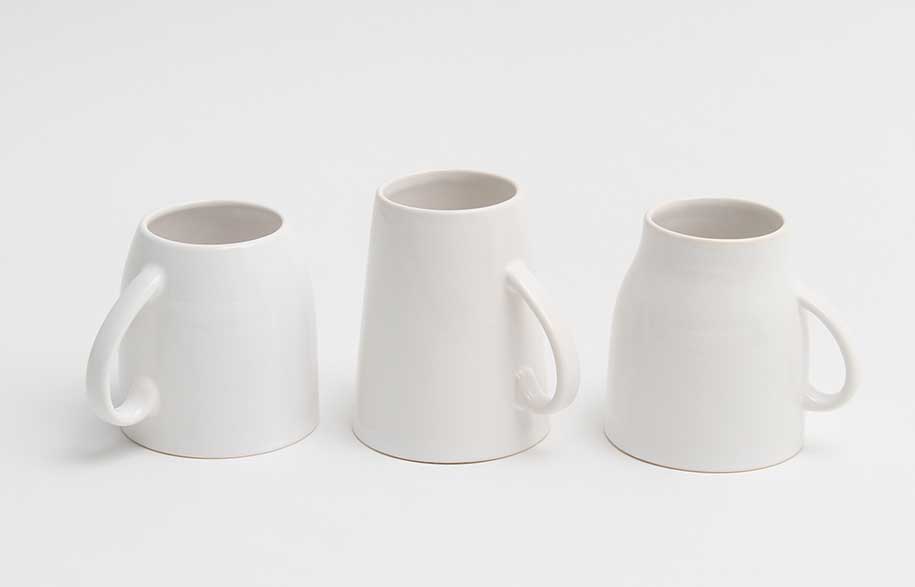 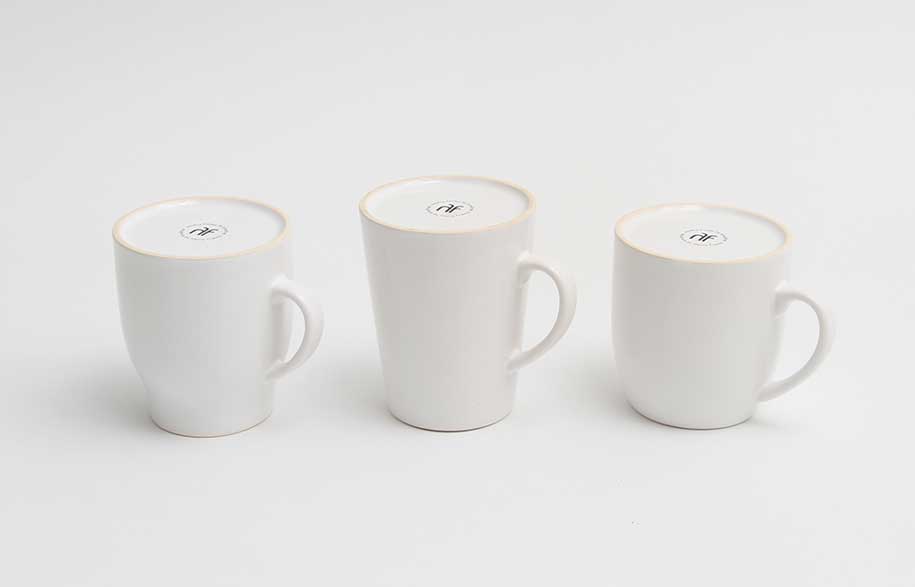 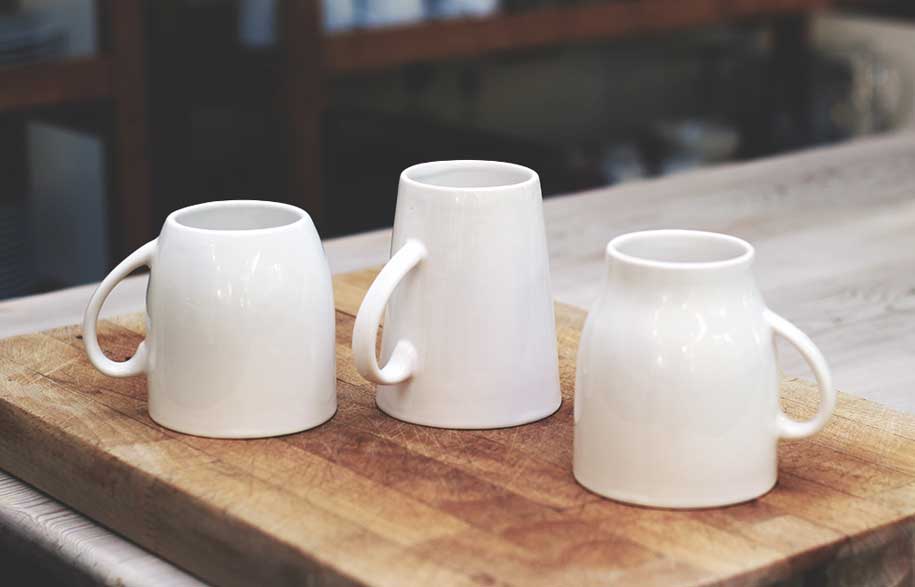 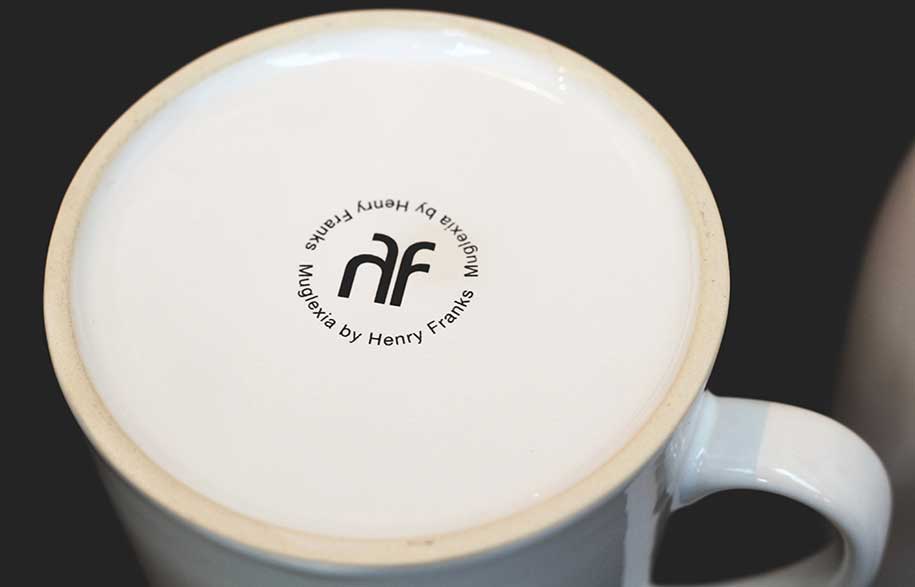 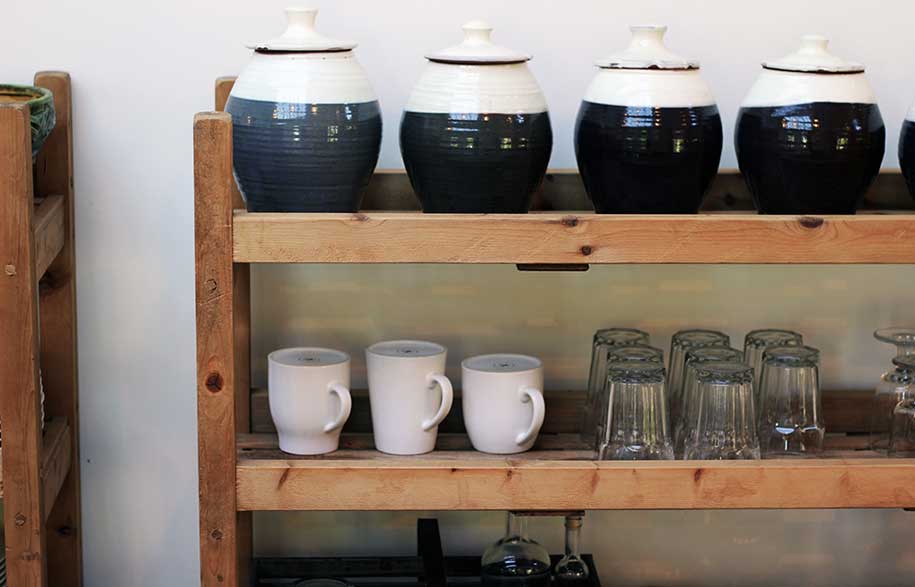 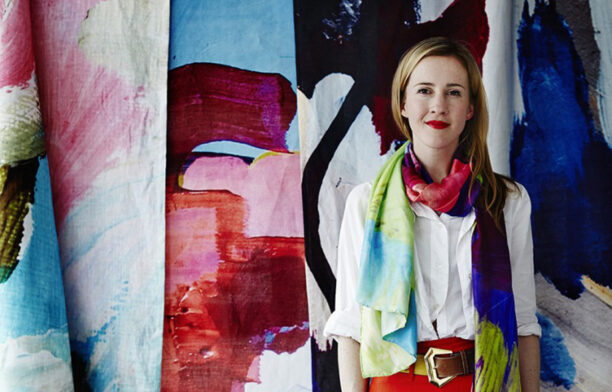 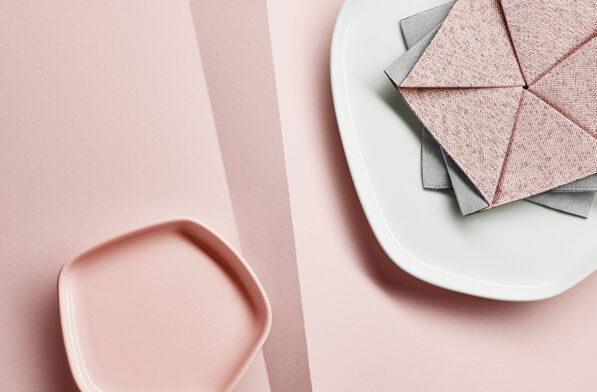 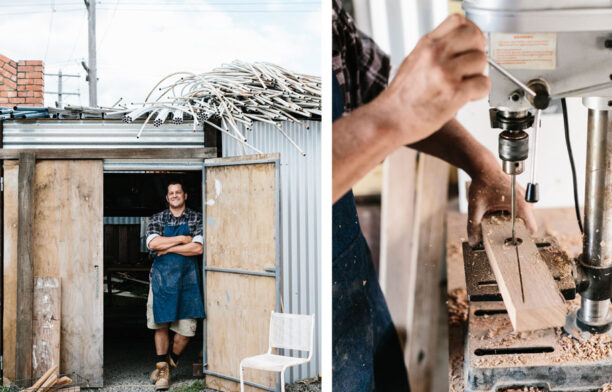 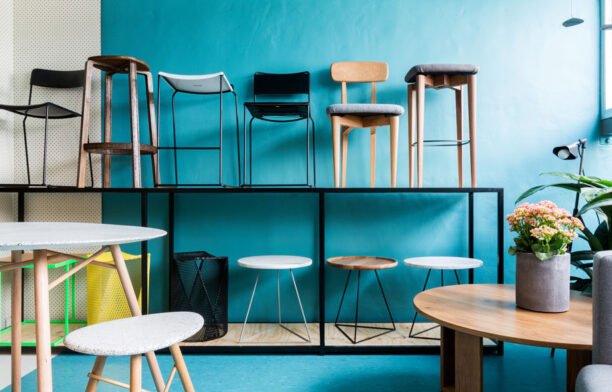 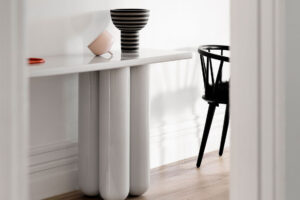 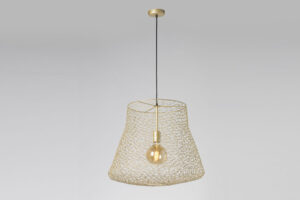 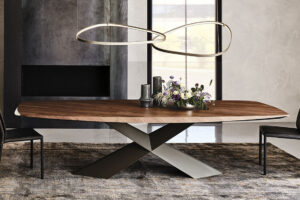 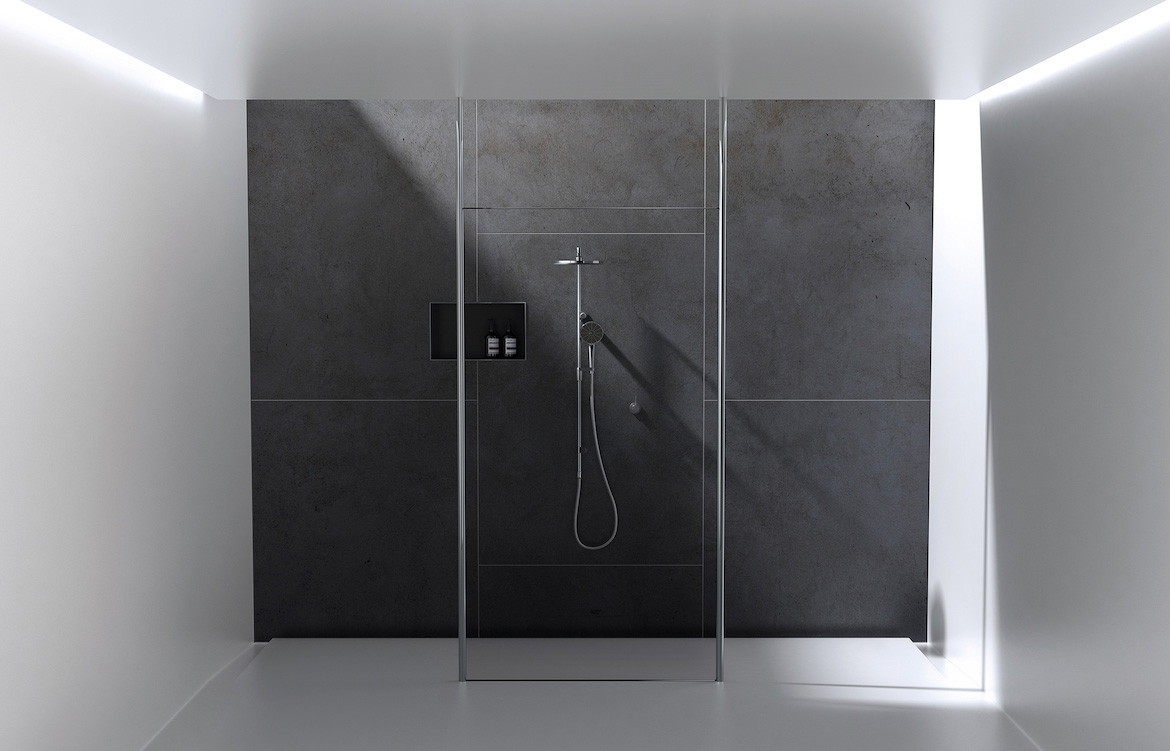