Dialling In With Matiya Marovi..

Cattelan Italia And Their Heri.. 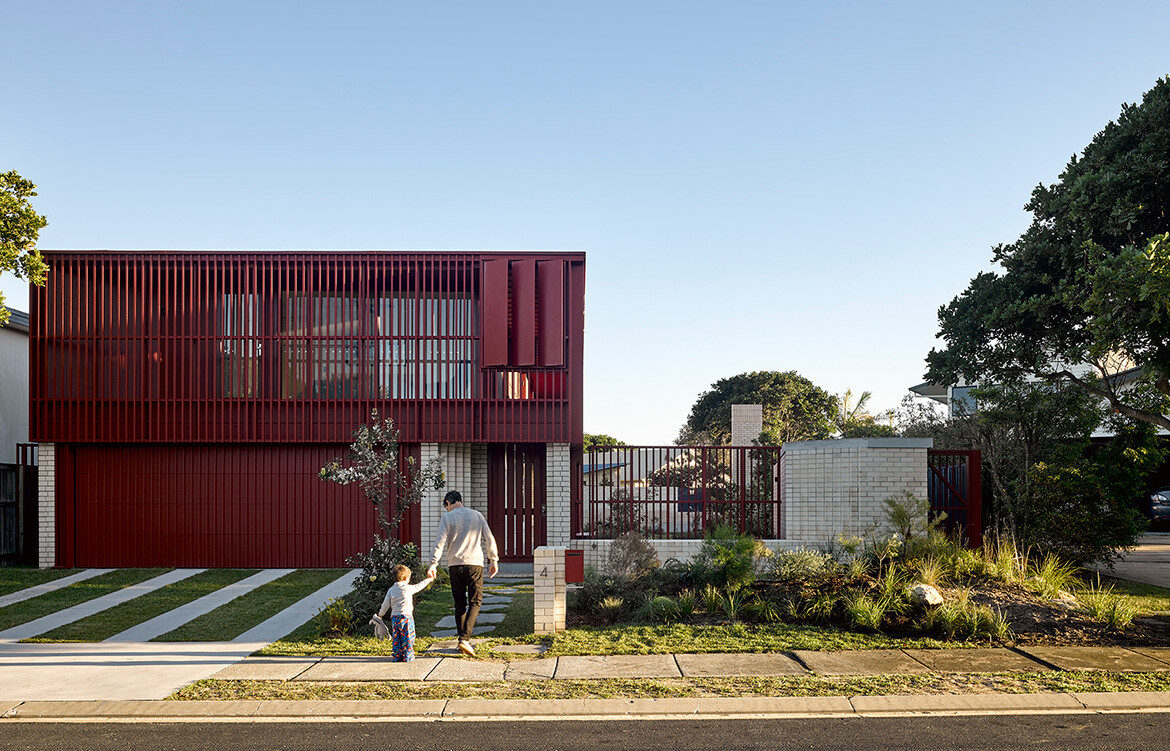 Neither on the beachfront nor in the thick of Brisbane City, Casuarina House by Vokes and Peters is a suburban residence with an unprecedented sense of place.

Brisbane-based architectural practice Vokes and Peters has a remarkable way of designing residences that bask in the presence of nature. Casuarina House is one of them, pride of place in its private garden city.

Owned by a young couple and their growing family, the brief for Casuarina House was, in a nutshell, ‘a place to call home’. For a pilot who had not lived in a detached house for 25 years and who spends much of their time up in the air, such a simple task has added meaning.

Having harbored an admiration for Vokes and Peters’ previous work (for those who are unfamiliar, check out Teneriffe House from the 2019 Habitus House of the Year programme and you’ll see what we mean), the client enlisted the practice to make real the family house of their dreams.

A roofless, double-height volume in the center of the floor plan acts as a repository for sunlight, rain, moonlight and ocean sounds.

“Our design concept was a compact house in a large garden. We wanted the house to capture the spirit of the place,” says Stuart Vokes, co-director of Vokes & Peters. All of the living spaces are arranged on the ground level; existing on the same horizontal plane as the surrounding garden city.

Meanwhile, a roofless, double-height volume in the center of the floor plan acts as a repository for sunlight, rain, moonlight, ocean sounds, as well as a window to the stars, and a lung for the interior. “When it storms, it feels like it is raining inside the center of the house, as the dining room and living rooms flank either side of the central void,” says Stuart.

Upstairs, the bedrooms and private quarters of Casuarina House are shielded from the perils of the outside world by a delicately crafted screen of timber battens painted a rusty shade of red. The striking façade of the upper floor is offset by the humble brickwork of the lower, the soft, matte surface of which absorbs light in a way that expresses depth and monumentality.

“Our design concept was a compact house in a large garden. We wanted the house to capture the spirit of the place.”

“Brickwork was selected not as suburban motif, but as a perfect material for making walls in the garden,” says Stuart. “A pale white brick was chosen as an expression of modernity – pure, unaffected – and its colour does not carry the burden of suburban house or cottage stigma.”

Having now lived in Casuarina House for 18 months, the occupants have taken a shining to their budding garden city. Thanks to meticulous research, planting and nurturance, the garden is coming into its own. As it continues to flourish, the garden will grow to become an integral cooling device as the micro-climate of Casuarina House.