Bundanon x Siteworks: From the.. 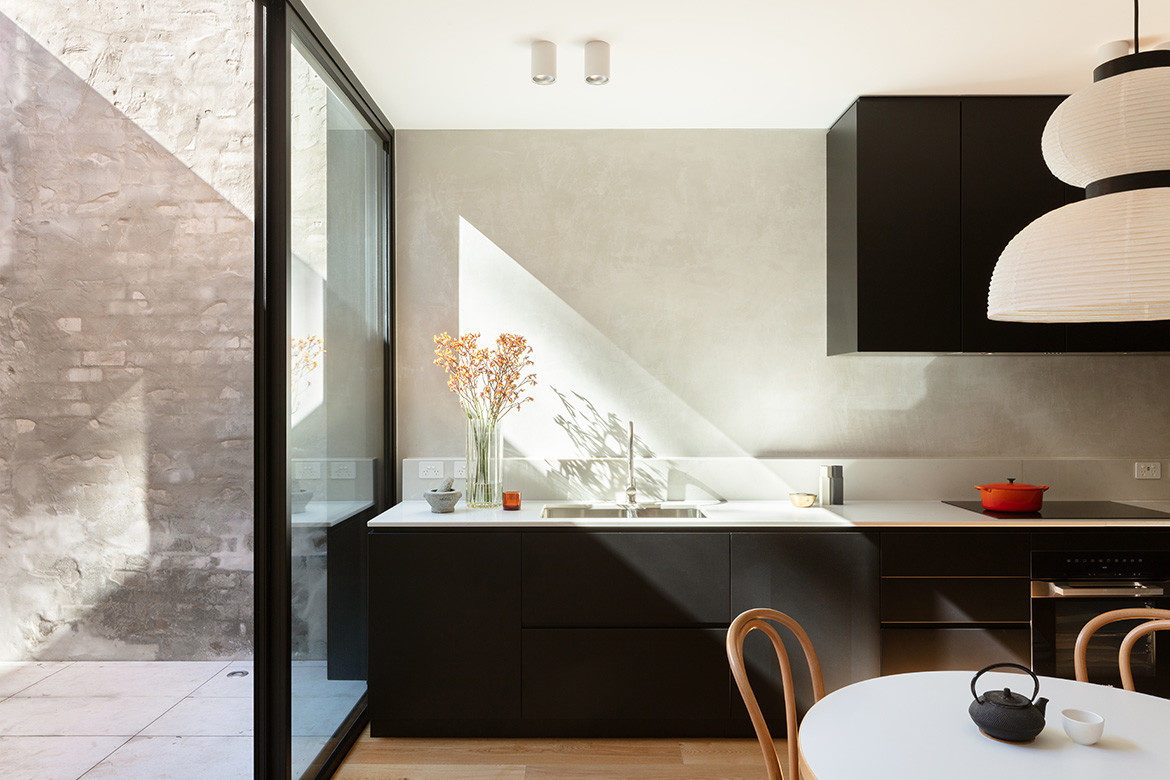 Reworking an inner-city terrace, Downie North has created a home that slowly unfurls, with a kitchen and courtyard at its core.

The terrace row house is a staple housing type in Sydney, and many capital cities around Australia. While often in highly desirable areas and filled with character, they present some challenges in terms of modern amenity.

“These housing typologies have been around so long because they’ve either been adapted or are adaptable,” says Catherine Downie, co-director of Sydney architecture practice Downie North, adding, “we approached this home to be functional but not limit its use and how the occupation might change in the future.”

Located in the inner western suburb of Camperdown, the owners – a young, working family – wanted to be centrally located with a home that maximises a connection to the outdoors. A sanctuary to retreat to.

The terrace was in quite a state when they purchased it having been a rental for many years, but the biggest drawcard was a deep backyard, and its location on a quiet street with a series of established Eucalyptus trees.

“We went through a number of iterations – looking at how to maximise outdoor space. Pretty early on, we settled on the courtyard model, but the question was how to navigate the change in level,” says Downie.

Dealing with a one metre level difference between the front and rear of the property, the home has a series of height variations.

“There’s a programmatic unwinding in the plan. It starts with the public aspects of the house and then moves into private realms.”

Every step-up transports you deeper into the home, and every level change brings a layer of intimacy. “It was about signalling that they’re entering a sanctuary.”

The kitchen and dining areas are treated with a darker and moodier palette. The intent to create something classic, timeless, with references to Japanese and South-East Asian influences, including the &Tradition’s Formakami rice paper lantern (Cult) designed by Jaime Hayon.

The courtyard comes off the kitchen, drawing in immersive light. In terms of colours, the soft olive green tiling is inspired by the tones of the Eucalypts. “Something that isn’t obvious to the eye is the exterior to the courtyard is clad in western red cedar, so there is a lovely aroma when it’s wet that plays on the senses,” adds Downie.

The gentle tranquillity and understated quality of Camperdown Terrace reaffirms that kitchen and dining spaces continue to be central parts of the home. Downie North’s pared-back design response supports the lifestyle and needs of this family, with the intent that it will weather well over the next 10 to 20 years.

Aleesha Callahan is the editor of Habitus. Based in Melbourne, Australia, Aleesha seeks out the unique people, projects and products that define the Indo Pacific region. Aleesha was previously the editor of Indesignlive.com and has written and contributed to various publications and brands in her 10 years in the architecture and design industry, bringing intimate insight to her stories having first trained and practised as an interior designer. Her passion for mid-century design and architecture began while living and working in Berlin.
Tags:
Camperdown CLINTON WEAVER Downie North Habitus #54 Interior Design kitchen design minimalism minimalist modern kitchen White noise 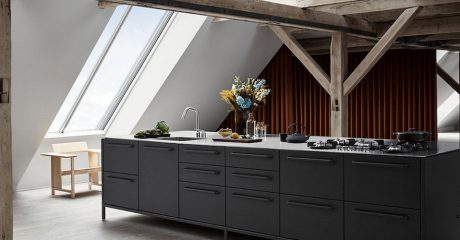 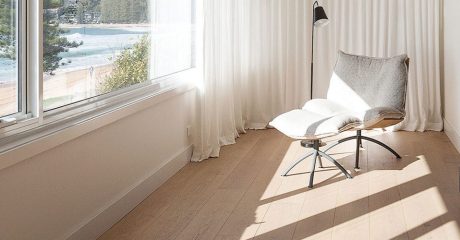 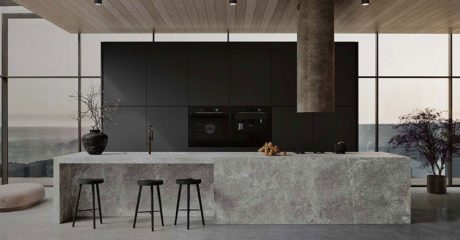 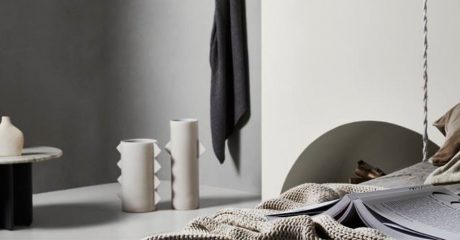 Render and paint in Natural White 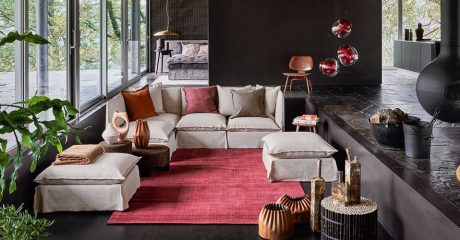 Aalto dining table 90A in birch by Artek 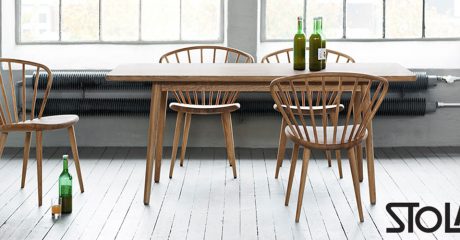 No. 18 chairs in Golden oak