What does the Next Generation .. 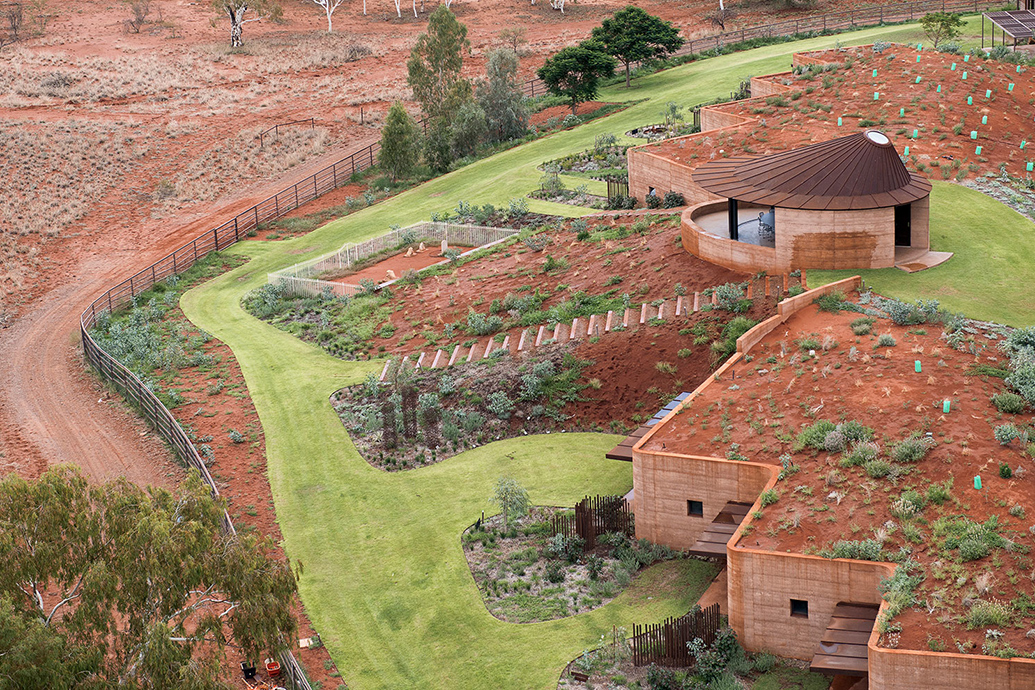 Winning awards for residential architecture is hardly anything new for Luigi Rosselli Architects. The Sydney-based practice recently received one of its most prestigious commendations when The Great Wall of WA won the Collective Housing category in the UNESCO-endorsed TERRA Award. Winners were selected across ten categories by a ten-person jury chaired by architect Wang Shu, in what is the first international prize for contemporary earthern architecture.

The Great Wall of WA breaks from Luigi Rosselli Architects’ usual aesthetic, yet undisputedly possesses the practice’s characteristically refined high-end styling. Compromising a 230-metre-long rammed earth wall (the longest in Australia), The Great Wall of WA encloses a line of 12 earth-covered residences. Built into a sand dune, these apartment-type dwellings with shared kitchen facilities, provide short-term accommodation for a cattle station in the Pilbara region during mustering season. 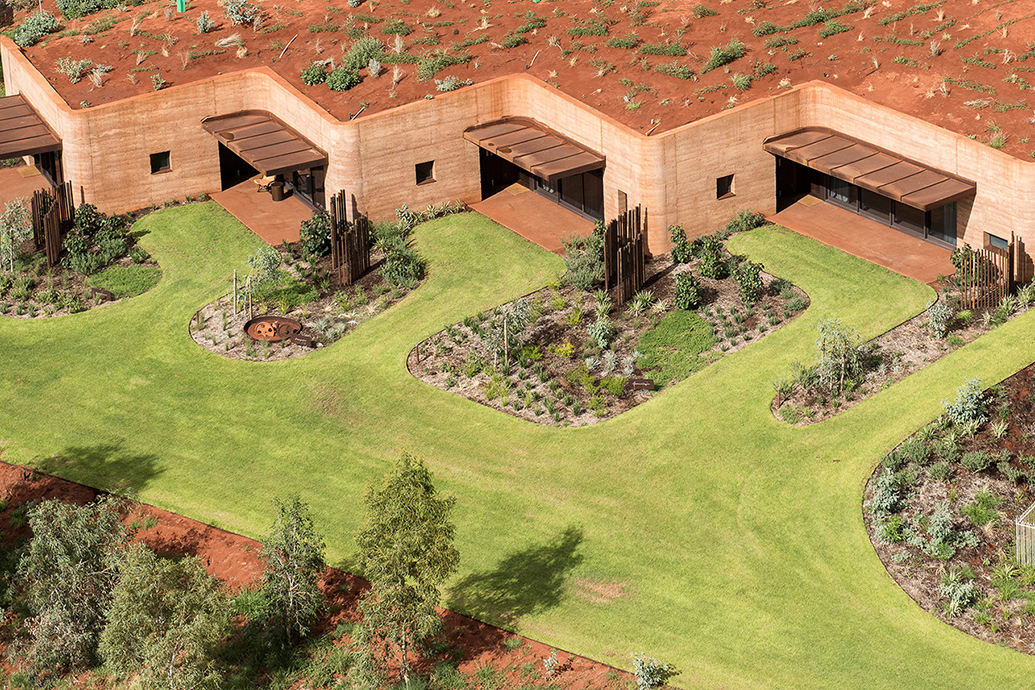 According to the practice’s founder and principal Luigi Rosselli, the accommodations’ design represents a new approach to remote North Western Australia architecture; one that’s increasingly moving away from sun-baked, thin corrugated metal shelters, to naturally cooled architecture earth formations. And indeed, it is the wall’s 450mm-thick rammed earth facade in a distinct sawtooth formation that lends the ambitious project its most compelling expression.

A robust material palette ensures the residences are maintenance free and energy efficient, with sandy clay, gravel and bore water sourced from the site of the wall’s construction. By burying each dwelling and minimising external walls, the interiors are kept cool enough to eliminate a need for air conditioning. Water also evaporates out of the clay to lower internal temperatures for the musterers’ respite. 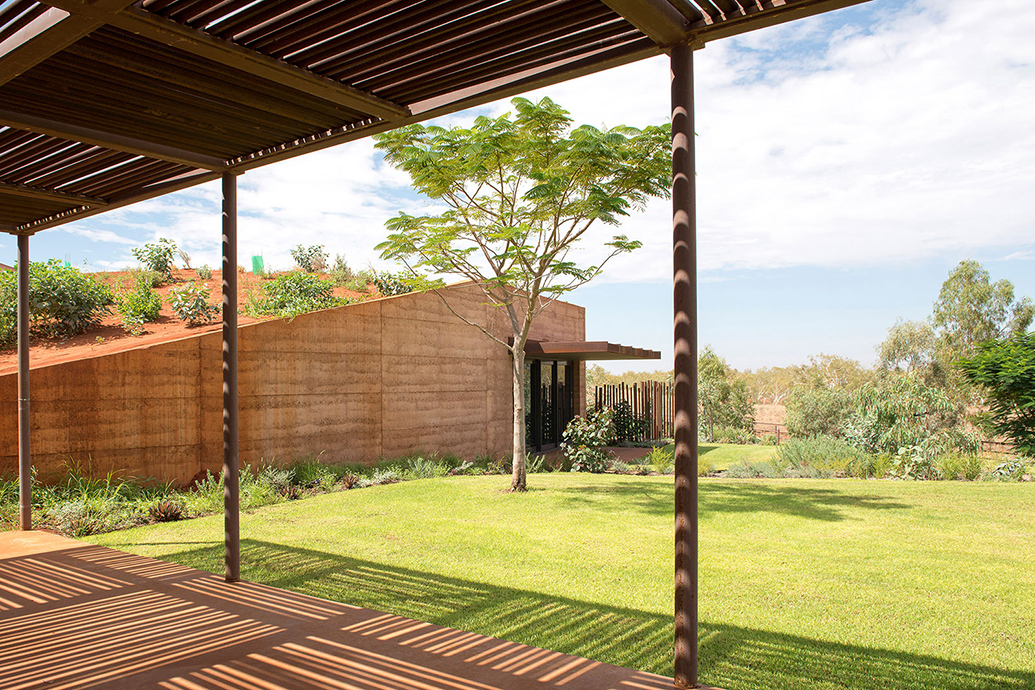 While the sand dune forms the roof, each dwelling features a Corten awning that provides plentiful shade from the harsh sun. It’s a well-considered material selection that displays a patina sympathetic to its natural surrounds. The awning also mirrors the entrance’s concrete slab, which contains gravel from the local river, lending it a rusted orange hue. Modest screens separate the 12 dwellings and landscaping ensures each one has its own ‘back yard’, imbuing the project with a sense of familiarity and home.

Rosselli also clad the chapel on the sand dune’s apex in Corten, which complements the gold anodised aluminium on its interior walls. The new circular structure features a glass-covered oculus and is used by the cattle station community for meetings and as a place of meditative retreat. While its sliding full-length windows are often open, they serve to protect the pavilion from the area’s frequent dust storms when closed. 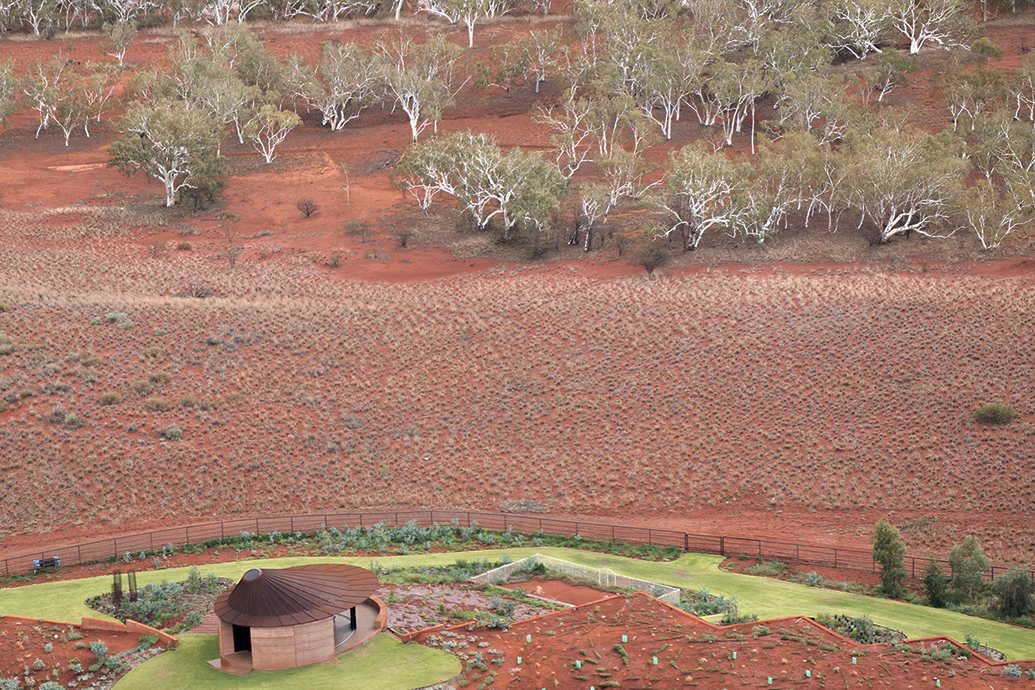 The scheme’s amber tones contrast with the interior of each dwelling, which was designed by interior designer and architect Sarah Foletta. Natural, muted colours define her clean, minimalist arrangement and while this too is robust, in keeping with the exterior, it’s also incredibly sophisticated. The Great Wall of WA not only appeals for its resoundingly successful environmental response, but for the unexpectedly stylish execution of a resilient design in an uncompromising context. 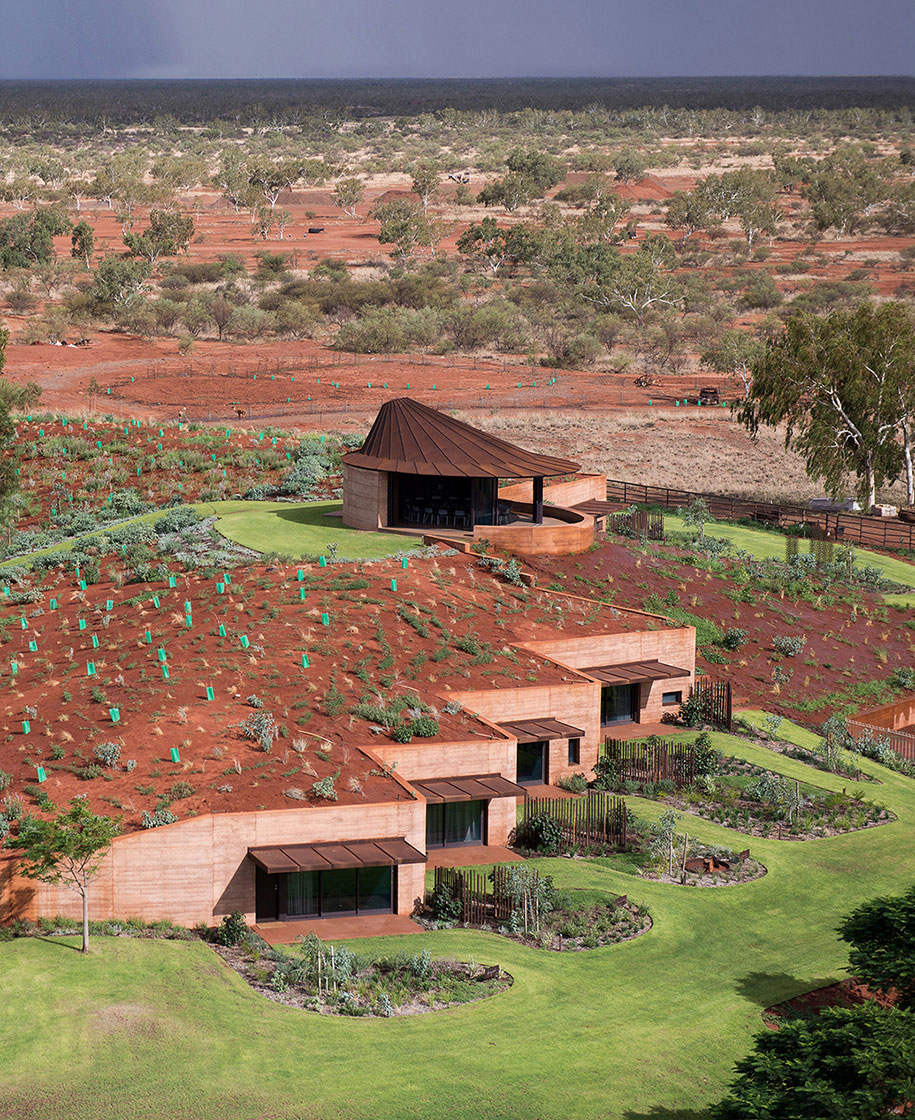 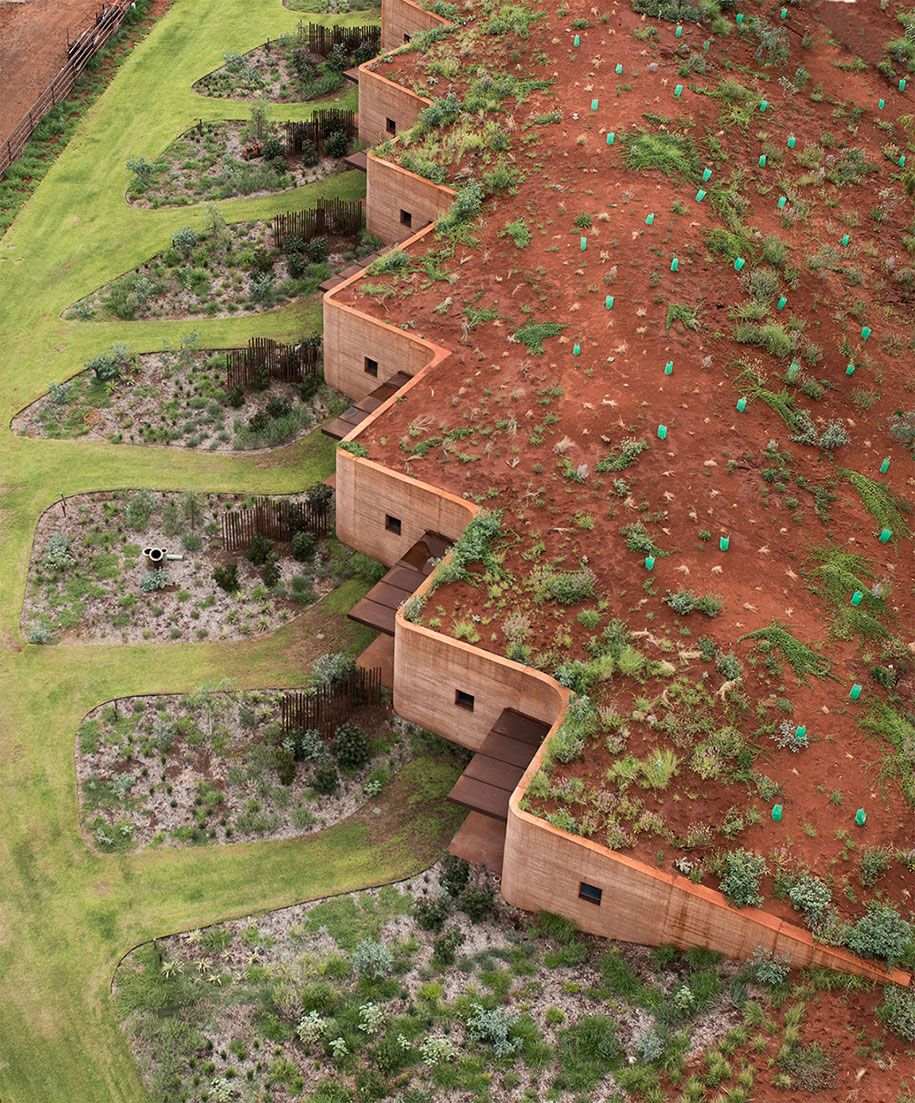 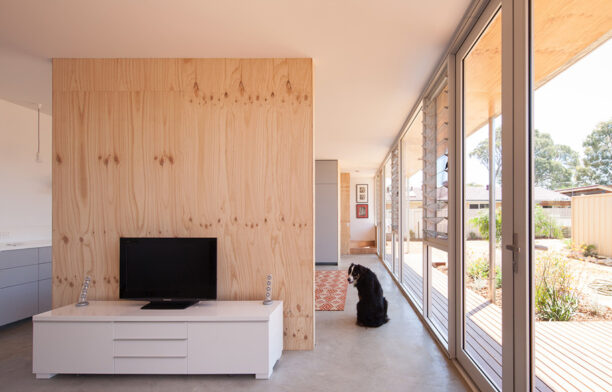 A Concept House for Western Australia 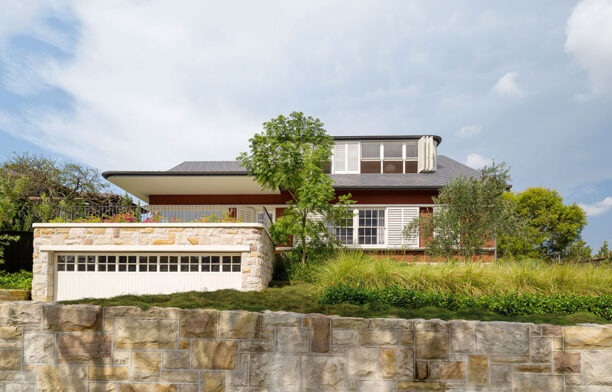 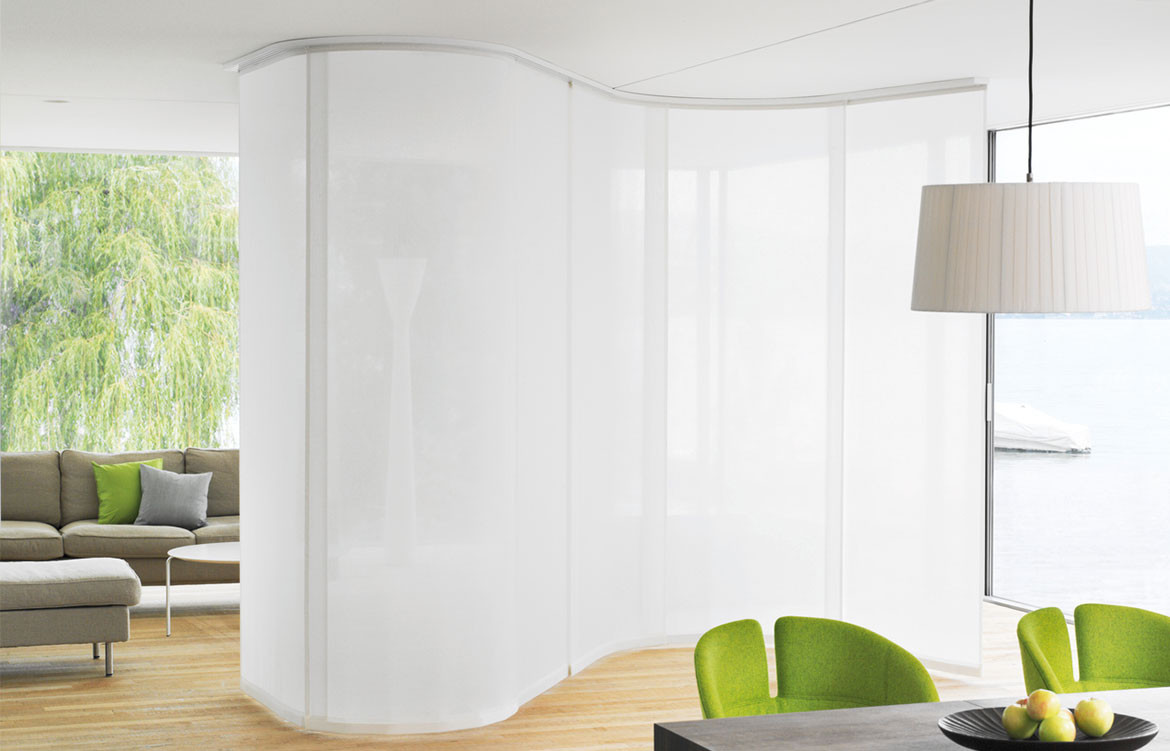 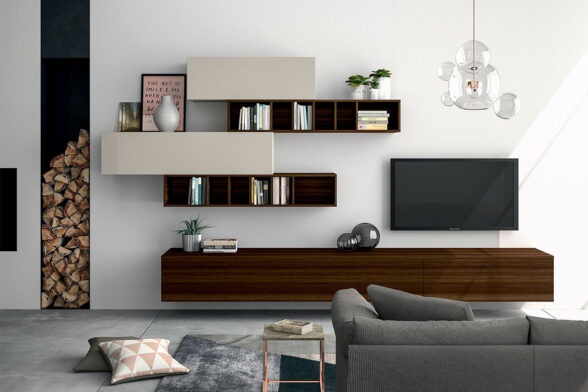 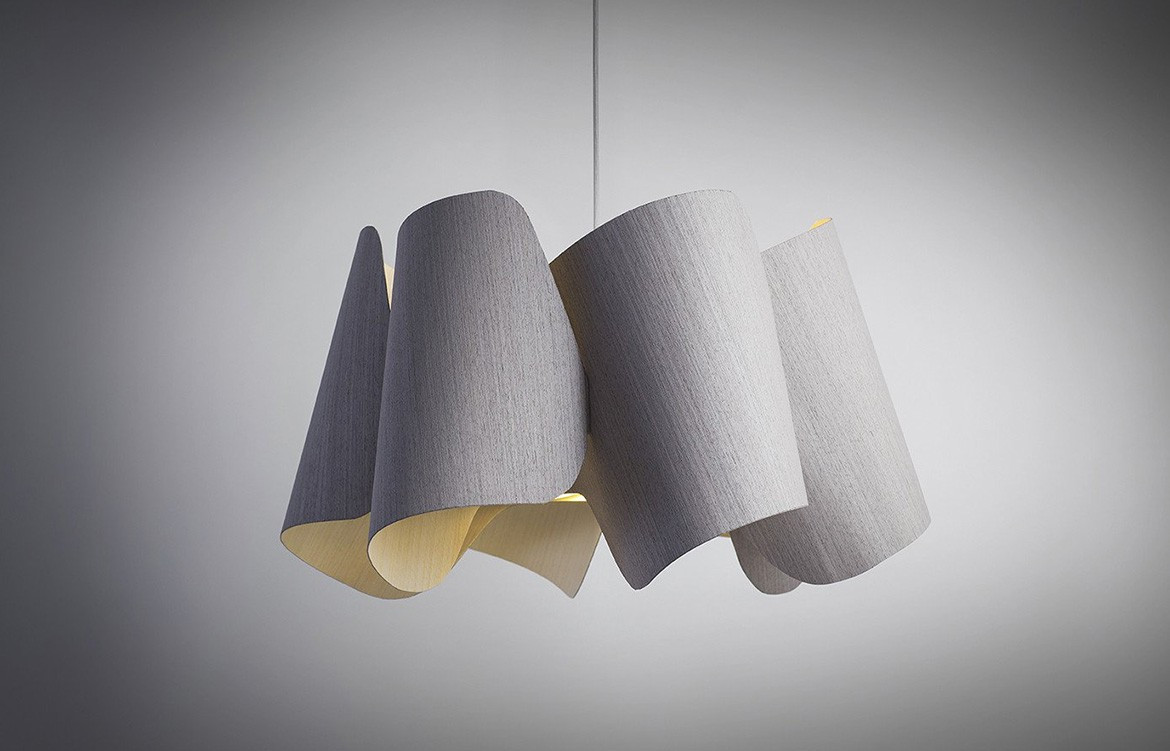