History Reinvented In House With A Loggia

History Reinvented In House With A Loggia 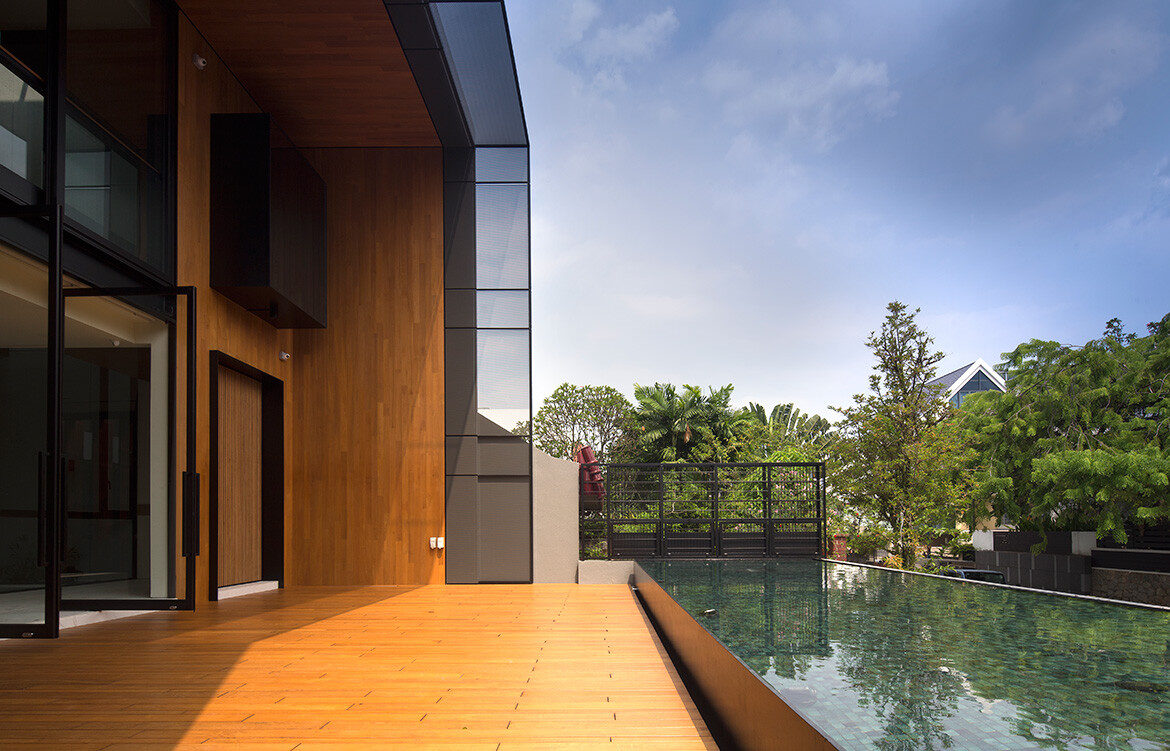 This home by RT+Q Architects proves that the works of 16th century Venetian architect Andrea Palladio is more than relevant in the design of a modern house in the tropics.

History holds many lessons for architects who often search deeply and broadly for inspiration in creating spaces that delight. In the case of RT+Q Architects, a Singapore-based architecture firm led by Rene Tan and TK Quek, 16th-century Venetian architect Andrea Palladio’s villas provided the cues.

Known for starting a style based strongly on the formal classical temple architecture of the Ancient Greeks and Romans, Palladian Villas – as Palladio’s domestic constructs were known as – sometimes featured loggias. These recessed porticos are essentially rooms or spaces that enjoy open yet protected access to the elements.

RT+Q Architects’ House with a Loggia is crowned by an appropriated version of this datum. It is experienced like a delightful surprise: up a basement entry and past the living and dining space, capped at the other end by an elegant pool and verdant greenery as the view beyond. A careful composition of doors and windows animate the two-storey façade from the exterior. Timber cladding echoes its tropical locale and gives warmth to the foil of glass and metal, while wood flooring within and at the loggia continues the material language from inside to out and vice versa.

“The timber cladding softens the house, and the perforated ‘eyelash’ articulates the volume of the loggia,” describes designer Pang Chommanard, referring to the metal rims that border the loggia as well as the balcony at the attic.

Structure-wise, the double-volume space was an inventive response to building regulations. “Instead of following the 45-degree-envelope profile for most top levels, we set the attic floor further back to emphasise the first storey portal frame and double volume at the front of the house; we saw it as an opportunity to apply lessons learnt from the past and to refer without quoting,” explains Rene.

Another notable gesture happens on the interior. One side of the house peels slightly from the party wall to create a light-and-air well that stretches from the basement to the attic storey. “We tried to un-semi detach the semi-detached house. The house was planned in such a way that all common and private spaces will get natural light and air from all sides,” says Rene.

Steel and glass boxes playfully interject this atrium’s void, allowing occupants to “play peek-a-boo across all levels of the house”, describes Rene. “They also act as ‘breakout’ spaces within different rooms.” One such ‘breakout’ space in the master bedroom extends out into the loggia, providing three-dimensionality to the loggia’s mien.

The spatial theatrics is well thought-out for the three-generational family who lives here. The parents and grandmother stay on the second storey while the third storey is the territory of the family’s three daughters. Connectivity between floors in a multi-level house is often overlooked. Here, there is privacy for individuals but also indirect communication guided by the architecture as the occupants go about their daily rituals. By the common areas, the loggia is designed to facilitate the sheltered play of the children outdoors.

As always, RT+Q Architect’s creations are perfectly crafted and proportioned, with precision rendered from large gestures to the tiniest of details. While the eventual form is more modernist than Renaissance, the exacting rigour taken to create the home too takes a page from Palladio.

Indoor Outdoor Spaces At One With Nature