The Kasturi On Chendor Beach, Malaysia, Is Not Just A Resort

The Kasturi On Chendor Beach, Malaysia, Is Not Just A Resort 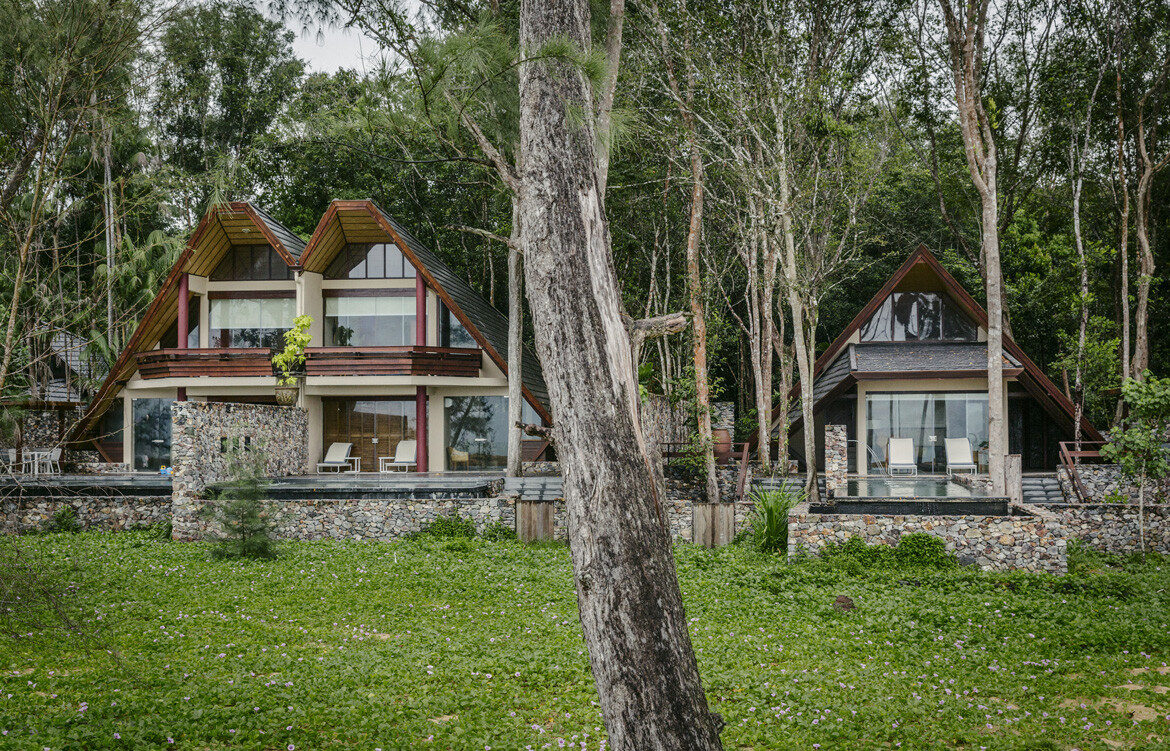 For Hijjas and Angela Kasturi, bringing architecture, culture and conservation together is their passion. With The Kasturi, a 5-Star beach resort on the east coast of Malaysia, they have achieved the seemingly impossible – combining luxury and authenticity.

Most resorts promise a dubious scenario: the combination of a home-away-from-home and a safely exotic experience. In practice, they usually provide neither. But The Kasturi, on Chendor Beach on Malaysia’s east coast, is a remarkable exception to this rule. Architecturally, its 24 villas are a re-imagining of the traditional Malay house. But not as an exercise in pastiche. Rather, it arises from a deep commitment to sustainability and conservation. Hence the vernacular domestic typology is given new life, serving the needs of contemporary holiday-makers while also respecting the environment and celebrating local culture.
“This was an opportunity for me to do something different because the concept is, in many ways, an extension of our indigenous culture – but making it contemporary so that it can live in this world,” says architect and developer, Hijjas Kasturi.

So, like the traditional kampung house, the villas are on stilts so as not to disturb the natural ground plane. In fact, the carriageways around the resort are also elevated. This avoids disturbing the forest and wildlife, generates breezes and separates people from mosquitoes. The bedrooms in the villas are higher than the living rooms, so guests can see the sea from their beds, lying underneath traditional high-pitched ceilings which catch the sea breeze. Outside there is an origami-inspired flat-tiled roof forming an A-frame and reaching down to ground level so that you don’t see the wall, only the roof.

There is a lot more to the resort’s conservation/sustainability credentials and its ‘tropical modern’ approach – not to mention the turtle hatchery.

Hijjas Kasturi is Malaysia’s most outstanding commercial architect. Now in his 80s, he has retired, leaving the practice to be run by his daughter, Serina. He was ahead of his time, designing commercial buildings which were of their place without resorting to vernacular revival pastiche – modernist buildings which embodied the spirit of local culture, which engaged with their context (especially at ground level) and which explored sustainability (for example, the extraordinary Telekom Tower with its dynamic twisting form and garden terraces, lifted up from the ground plane to create cool, sheltered public space).

Angela Hijjas was involved for many years with WWF and the Malaysian Nature Society. On their delightful property, Rimbun Dahan, on the outskirts of Kuala Lumpur, Angela has developed a medicinal forest that is used for educational tours. She and Hijjas have ‘rescued’ three historic Malay houses, brought them to Rimbun Dahan and restored and modernised them for use by artists in their artist-in-residence programme. (See Habitus #2 for a full description of the project)

“He has always been very interested in doing things that have a sense of place, some connection with traditional forms and ideas,” says Angela of Hijjas. He could do this only to a limited extent with commercial buildings, so post-retirement it was their first conservation hospitality project in Penang that provided the blank cheque. This involved restoring and adapting a cluster of shophouses and terrace houses on the edge of what was soon to become the UNESCO World Heritage precinct in George Town.

The heritage façades were retained with an extra storey added to the shophouses. Hotel Penaga is a celebration of Straits-born Chinese culture and uses traditionally inspired fittings and furnishings (some made in Adelaide and Melbourne) along with genuine antiques picked up as a job lot in Jogjakarta, local encaustic tiles, and carved timber doors and screens made by Chinese craftsmen. Hijjas linked the buildings by converting the grubby rear lanes into a lush garden landscape, a delightful oasis showcasing a wide range of plant species chosen by Angela.

Their team approach was applied to The Kasturi, this time including Australian landscape designer, Greg Dall of Pentago, a long-term resident in Malaysia.

The resort has an 800-metre beach frontage, informally extending north and south with sweeping views out across the South China Sea. On approach there is forest, then a lake, then the beach and the sea. So, the immediate issue was where to place the main building. Here the priority was protecting the forest and Angela made the decision to place the building over the lake.

“The aim,” she says, “was not to touch the ground.” Hence, as well as the elevated carriageways, villas are built around the trees, plants were removed from construction sites, preserved and later re-planted since they are already adapted to the environment. Each villa has its own septic tank (thus avoiding trenching for a central sewage system) and they convinced Council to allow natural drainage into the sand rather than peripheral drainage.

Otherwise, they have used local materials and contractors (Indonesian masons made the distinctive rubble walls which delineate public and private space using local stone, inspired by the clocktower in nearby Kuantan), recycled timber was milled on site, rainwater is used for toilets and gardens, lighting is all LED, the air-con is solar-assisted, ceilings are handmade bamboo, sawdust from the mill is used as mulch and Angela is helping a local farmer establish an off-site herb garden.

However, the most astonishing – and most popular – part of the conservation programme is the on-site turtle hatchery. The green sea turtle is under threat with its eggs eagerly collected for sale in the markets. So, working with a partner, Pak Su, the Kasturis have bought more than 40,000 eggs over the last four seasons. “That means that forty turtles will survive over the next thirty years. I provide the money, Hijjas provides the site and Pak Su the expertise,” says Angela.

The eggs are kept safely buried in beach hatcheries and when they are ready to hatch large numbers of people turn up – locals, Kasturi guests and visitors from other resorts along the coast – to watch the inspiring spectacle as the hatchlings dig their way out of the sand eager to make for the sea. People are encouraged to ‘adopt’ a hatchling, shown how to handle it safely and then participate in a joyously moving ritual of releasing the hatchlings who then make a charge for the water.

Most resorts offer anodyne sensuality. The Kasturi does this, but also provides an architecturally and culturally enriching experience along with the chance to experience first-hand how we can sustain our habitat, the natural world.

Photography by Ian Teh