For Appreciators Of The Artisan

What Happens When An Architect.. 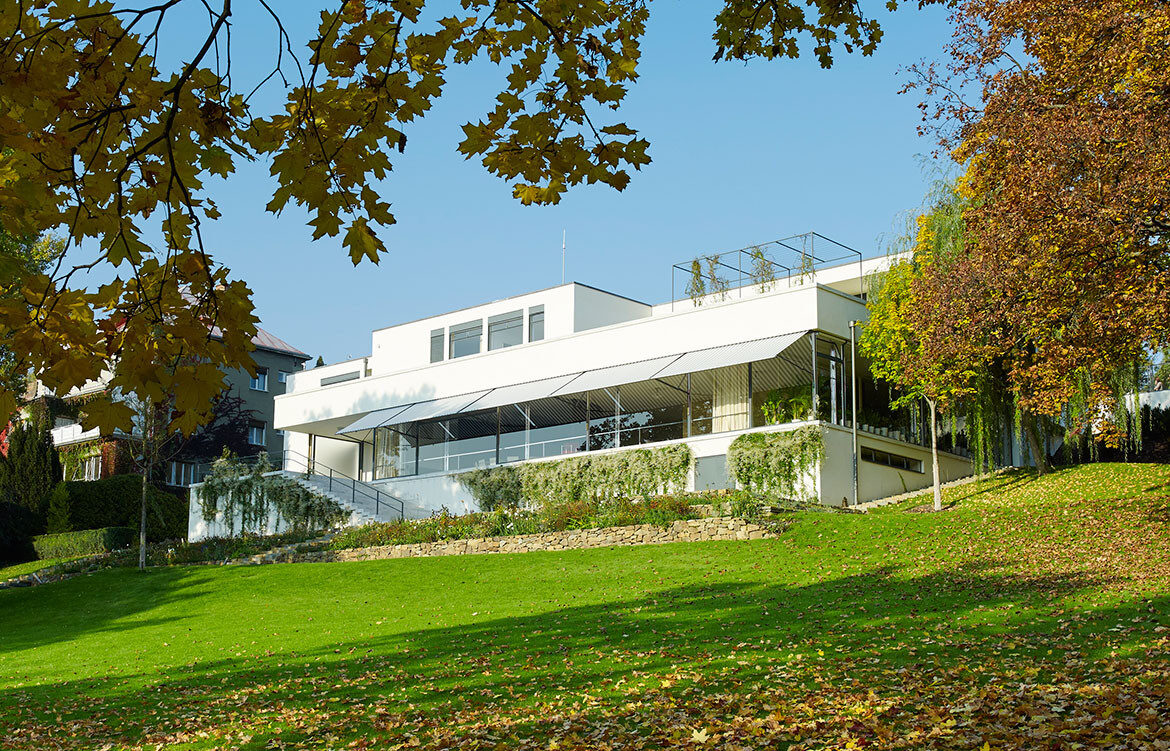 The dynasty of modern architecture enjoyed a long and fruitful reign, leaving an inimitable legacy of iconic architects, buildings and design styles behind.

What is modernism? Synopsis of its rise and rule

Rise of the machine | c.1880s
Part and parcel with the dawn of the Machine Age, murmurs of the modernist agenda began during the late 19th century. Preaching a progressive new world order, linchpinned by rationalism and challenging notions of realism, religion and enlightenment, modernism marked the comeuppance of romanticism. Though not an architectural style as such, the literary and arts movement of romanticism expressed itself in the built environment via the ornate baroque, neoclassical and gothic revival styles of architecture.

Modernism takes reign | c.1920s
By the turn of the century, modernism was gaining rapid momentum. The point of no return came during the 1920s when, having won over western civilisation, the modernist worldview become the prevalent school of thought and no longer the industrious agenda of a progressive minority.

Mid-century heyday | c.1945-70s
As the second world war ceased fire, so began the postwar boom. For two and a half decades, the global economy and population boomed in synchrony, modernism flourishing along with them. In Australia, modern architecture became the hallmark of the quintessential suburban dream – feat. family house with open-plan living, a pool and seamless connection to its quarter acre plot. Likewise, mid century interior design developed an iconic, ever-popular aesthetic, heavily influenced by Japanese and Danish style expressions of minimalism.

Postmodern world | c.1980s
Following a long and fruitful reign, scepticism began to challenge the grand narratives and ideologies championed by modernism. Post modern architecture manifested in deconstructivism and the renaissance of decorative architectural styles. Postmodernisn was ideologically an expression of defiance against the rudiments of modernism, such as “form follows function” and “less is more”.

What is modern architecture? Definition, characteristics and styles

Pioneered by the likes of famous modern architects, such as Le Corbusier and Frank Lloyd Wright, the linchpin characteristics of modern architecture include: emphasis on material honesty – think: concrete, glass, timber and steel; lack of ornament; generous, flowing and open plan spaces; flat roof designs; expansive windows and plentiful natural light; and an unparalleled connection between indoors and out. Other quintessential features, particularly of modern house design, are rectangular forms and juxtaposing horizontal and vertical lines.

International: the culmination of a concerted effort, of a small but influential international collective of architects, to leverage architecture as a tool for social reform. The emergence of international style architecture was the genesis of ideals, such as minimalism, functionalism and open plan spaces, that went on to define the standards of modern living.

Expressionist: the more decorative manifestation of modern architecture, expressionism was less a revolution of social fabric via the built environment as it was the modernist evolution of more traditional design styles. Aesthetic and ideological examples of expressionist architecture are perhaps best represented in arts and crafts style and art deco buildings.

Constructivist: cultivated in the Soviet Union during the 1920s, inspired by Germany’s Bauhaus and Russia’s Futurist movements, constructivist architecture championed a communist worldview as well as innovations of technology and engineering. Presenting a characteristically avant-garde, utopian perspective, constructivist style projects were almost exclusively works of public and industrial typologies.

Brutalist: inspired by constructivism, brutalist architecture emerged in Great Britain during postwar reconstruction period of the mid century. Characterised by geometric, blocky forms; monolithic proportions; and unapologetic honesty in its use of materials ⎯ exposed raw concrete being the favourite ⎯ brutalist buildings have been described as the techno music of architecture.

Modernism is responsible for many of architecture’s most preeminent household names – both in terms of built structure and the architects behind them. Since the complete lineup of famous modern architects is extensive enough to be another story for another day. But for now, here are a few of the most illustrious names to drop and where in the world they came from:

As with the long reign of modernism and the generations of architects from all over the world that brought the movement to life, the built environment is abundant with exemplary modernist buildings. Here, we’ve painstakingly narrowed them down to ten – a balance of landmarks and houses – that are the boldest of the bunch.

Best modernist landmarks of all time

Translating to mean ‘building house’ in English, Bauhaus was a German art school, founded by its own architect, Walter Gropius, operational in three consecutive locations from 1919 to 1933. Though as an educational facility the life of Bauhaus was somewhat short lived, its influence on the progression of modernism and modern architecture was decidedly profound. Bauhaus’ second incarnation, located in Dessau, is acclaimed to mark a pivotal point for the school – from fine and applied arts focused; to pioneer of architecture and industrial design.

Designed by Frank Lloyd Wright, the R Solomon Guggenheim Museum is an unconventional adaptation of modernist design principles. The structure’s stunning exterior shows stacked, organic curves that swivel towards the sky. Contrasting the nature of the traditional Manhattan grid, this building was a revolutionary tenement within the modernist movement.

At a time in which the need for housing was at an unprecedented high, Unité d’habitation, completed in 1952, took Le Corbusier’s famed words – a house is a “machine for living in” – and applied it at scale. Quintessentially brutalist in style, the monolithic building boasts a powerful presence and raw honesty. Heralding a focus on communal living for all the inhabitants to shop, play, live, and come together in a “vertical garden city”. Vitruvian in nature, it presents an architecture based on human proportions and scale – a recurring theme throughout Corbusier’s writings, paintings and models.  The first building of its kind, Unité d’habitation marked the genesis of modern multi-residential design.

Also known as ‘Shine Dome’, the Australian Academy of Science building is highly unique, and a great representation of Canberra’s modernist architecture. The building was quite an experiment at the time, rather fitting for a science academy. Its open, circular form makes great use of the space and sits well in the landscape.

Having started construction in early 1959, Sydney Opera House and its internationally acclaimed landmark status was a long-time-coming. Delivered 10-years late and $95million over budget, the building is hardly an exemplar for sound project management, but was it worth it? Arguably so. Characterised by its modern expressionist design and prime Sydney Harbour position, the performance venue is undeniably Australia’s most iconic architectural feat. With the tourism and events revenue it draws, chances are, it has paid for itself – and more than once.

Modernist houses that changed everything

A modern take on a French farmhouse, Villa Savoye is both a celebration of and a response to the dawn of the machine age. Characterised by Le Corbusier’s Five Points of architecture – columns; flat roof terrace; open-plan; ribbon windows; and free facade – this was the original blueprint for modern living. Acclaimed to have single-handedly transformed Le Corbusier’s career, as well as the principles of the international architectural style, Villa Savoye is one of the most significant architectural precedents in history.

Commissioned by an affluent, newlywed Jewish couple who, having met the architect in Berlin in 1927, were impressed by Ludwig’s earlier design of Zehlendorf house. Characterised by its simplistic form, spacious volumes and minimalist style, Villa Tugendhat is arguably one of the first high-end residential expressions of simplicity as the ultimate luxury.

Frank Lloyd Wright quite literally redefined the relationship between man, architecture and nature with his iconic house, Fallingwater. Designed as the weekend getaway for the commissioning clients, parents to one of Wright’s Taliesin Fellowship prodigies, the brief called for a house that celebrated the site’s natural waterfall – presumably through framed views. Frank, however, transcended expectations and instead integrated the waterfall into the design of the house itself.

Originally designed by Charles and Ray Eames as the eighth instalment of the infamous Case Study Houses initiative, Eames House began as an experiment in materiality and new technologies. The brief imparted three definitive needs: use prefabricated materials that would not disrupt the site; be simple to build; and exhibit a modern style. Suffice it to say, Eames House elegantly achieved all three.

Another inimitable and pioneering example of architecture embedded seamlessly into its environment, at first sight, the Seidler’s house in Killara, suburban Sydney, could easily be mistaken for an intricate outcropping of rock. Designed by the husband and wife duo of architects for themselves, the house reveals only the discrete, camouflaged facade of a modest volume to the street. The actual scale of the house, however, is surprisingly contrary. Responding to the site’s rugged slope of bushland, the built volume expands to comprise four levels with a central half-flight of stairs connecting and opening various levels into each other. This results in both unexpected views between floors and appealing vistas out through to the bush setting.

With sustainability and passive solar design now perceived en masse as the utmost concern of architects today – and for the foreseeable future – it’s all but guaranteed that modern architecture, thanks to its minimalist and site-sensitive essence, will live through the architectural era to come.

The Age-Old Material Needed To Build A Sustainable Future