There's no stopping art and de.. 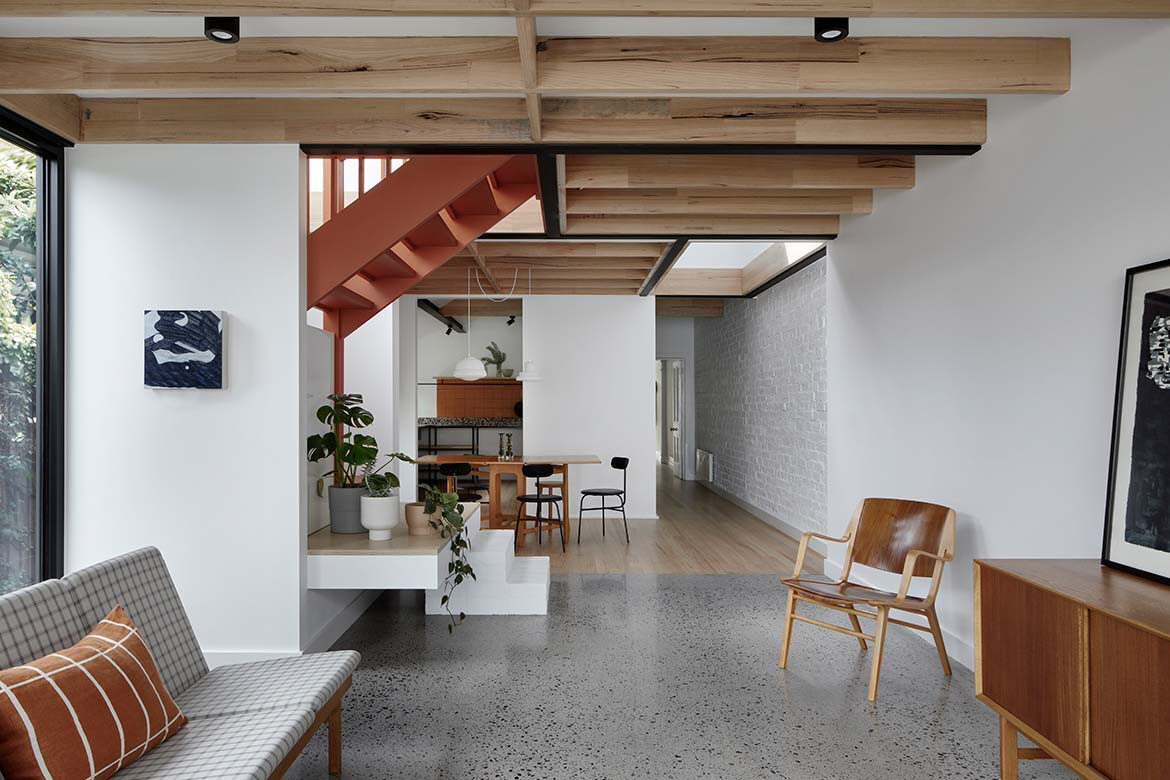 Honouring the urban context and heritage of this Brunswick terrace, Kuzman Architecture has reinvigorated this family home with quirky and sentimental design elements.

Peek House is located in the diverse inner city of Brunswick in Melbourne. “The site itself is in a densely populated area of heritage cottages, social housing and new multi-unit complexes,” explains Sandi Kuzman of Kuzman Architecture.

“The heritage overlay and neighbouring conditions informed the design – resulting in a sharp asymmetrical roofline that peeks subtly above the existing undulating rooflines at the rear laneway, and concealed from the heritage façade at the front.” 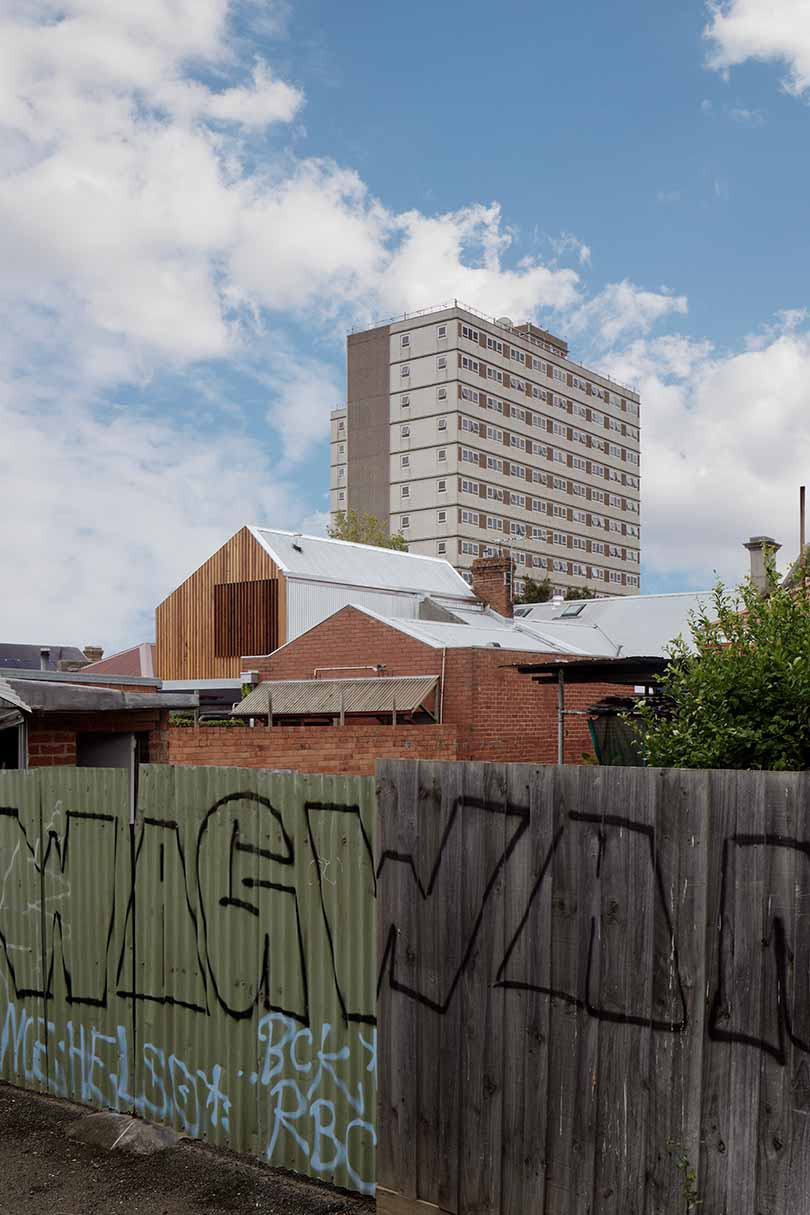 The house, designed for a family with young kids is composed of two parts – the front section of an existing house and new two-storey addition. The front, heritage facade has been retained with the rear addition having been designed in contrast, but sympathetic to, the original portion of the house. “It’s a celebration of old and new, rough and smooth, dark and light,” adds Sandi.

Typical of homes of this nature, a shoddy and ill-conceived extension created a disconnect between the front portion of the home and the rear garden with the result that the house grew increasingly smaller, darker and lower as you moved through the spaces. The brief was to provide a separate kids area, a larger integrated living area that connected to the outdoors, new modern amenities, and to introduce much needed natural light and volume in a particularly tight site. 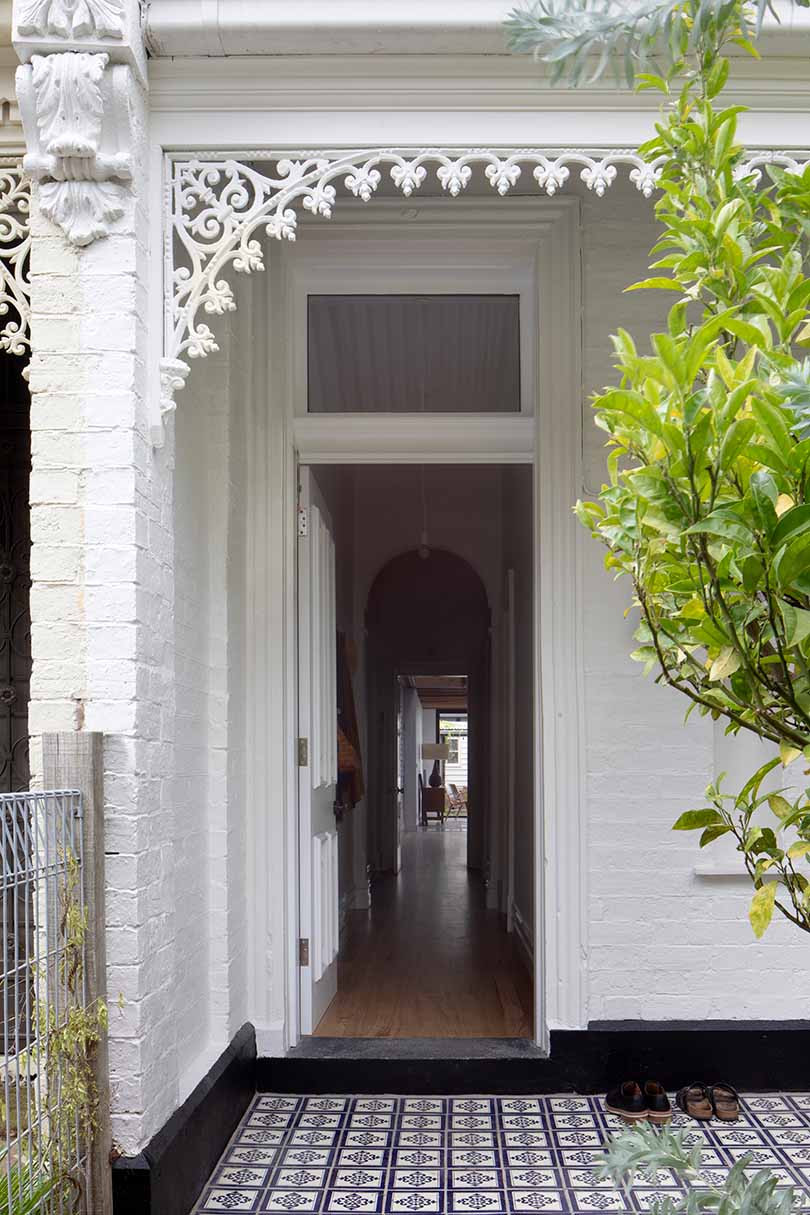 “It was also imperative that the renovation addressed the damp subfloor conditions and improved the overall environmental responsiveness of the original house,” adds Sandi. “The owners also wanted to retain the rawness of character of the terrace cottage. It was vital to the owners that new works were not soulless additions, that we added a sense of individuality to their home, including some heirloom pieces and avoided conventional cabinetry, particularly in the kitchen.”

As expected, the original cottage character of the ground floor verandah, front entry and main bedroom has its retained and restored. The second bedroom has been converted into a combined bathroom laundry while still retaining the room’s heritage proportions and features. 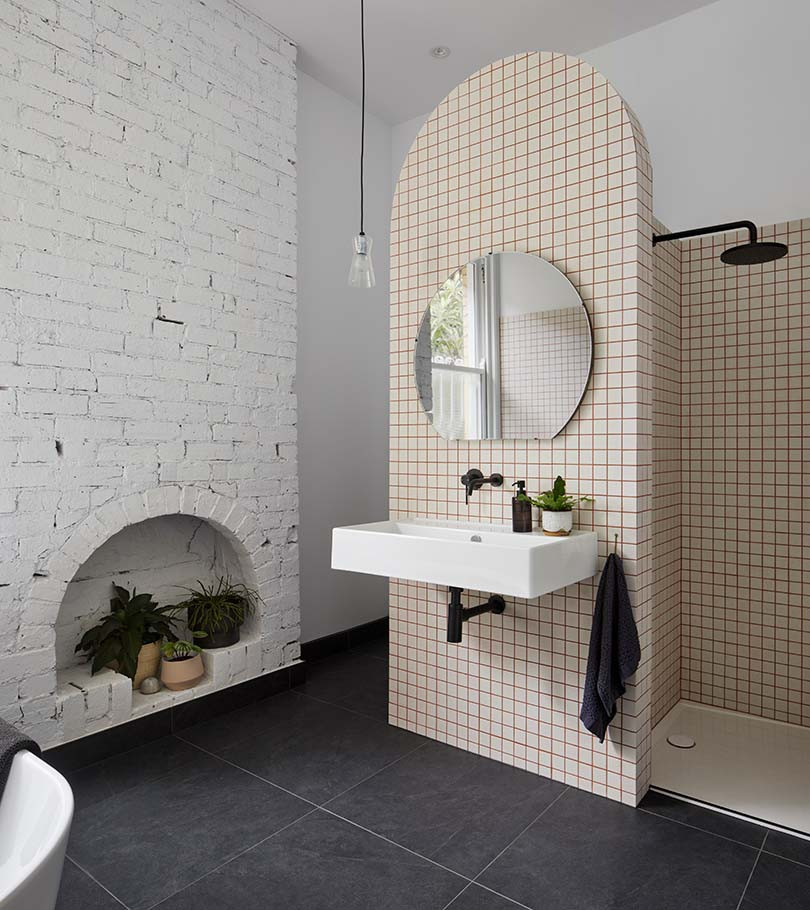 “This was achieved by inserting shaped tiled partitions to create different zones, rather than carving up the room with full height walls,” explains Sandi. “The shower and laundry are concealed behind an arched vanity wall, which references and addresses the original brick fireplace.” Small mosaic tiles with terracotta grout and the imperfections of the existing brickwork bring texture and a bold element to the compact space.

Just beyond the front rooms, is the new open plan kitchen, in the space formerly occupied by the original living room. The room is defined by the rich combination of terracotta and terrazzo combined with black steel framing and ply detailing. “The owners opted for open shelving and exposed fixtures, rather than conventional cabinetry, complimenting their desire for a flexible uncomplicated living arrangement,” explains Sandi in relation to the unorthodox interior. 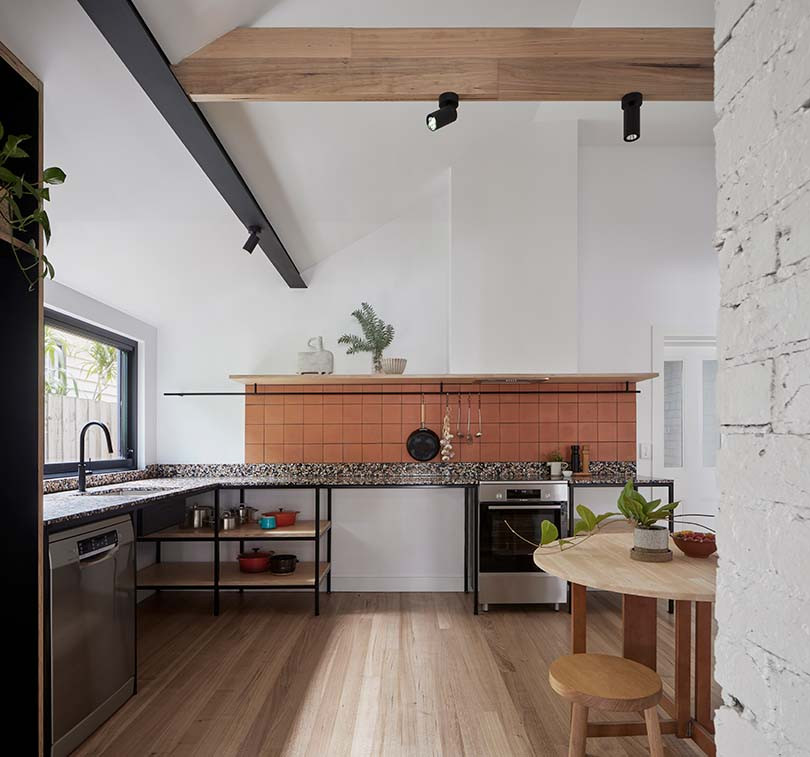 In response to the client’s request, the kitchen consists of custom prefabricated steel frames and ply shelving made on site by the builder which eliminated the need for a conventional cabinet maker. Other decor moves include the integration of heirloom pieces which include the mirror and pendant light in the bathroom and the opaline glass light fitting in the dining room.

As one continues to move toward the rear of the house, the rough brickwork of the original fireplace forms the threshold into the new dining and living areas beyond. “It is at this point that the house celebrates old and new, rough and smooth, dark and light,” continues Sandi. 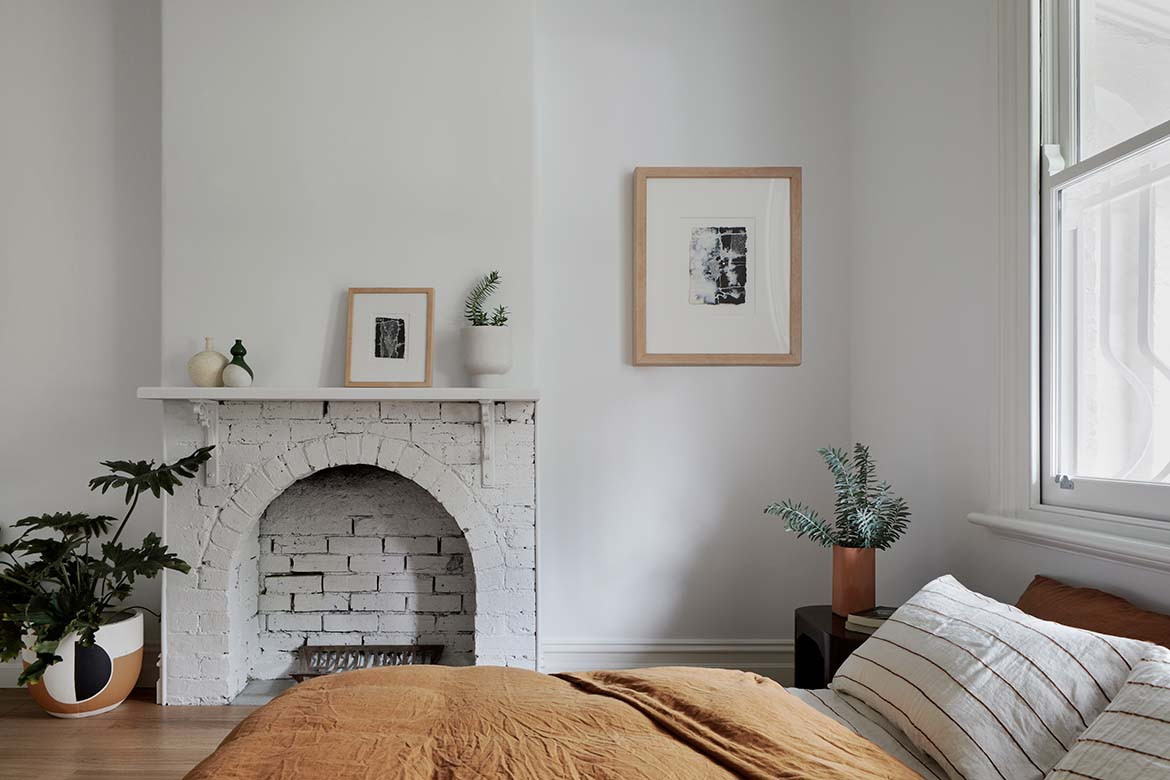 “The home’s history is displayed through retained rough-textured brickwork located throughout the space, contrasting against crisp new plaster walls and polished concrete floors. With the owner’s desire for raw character the first floor addition structure was designed to be on display.” Timber floor joists are exposed and structural steel beams frame void openings.

In their desire to open up the rear of the house – in particular the living room – to the courtyard beyond, large new glazed opening were installed drawing in a flood of natural light throughout the day.

From a performance perspective, insulation was added to original and new walls, ceiling and floorboards and to the concrete slab to meet new energy standards. 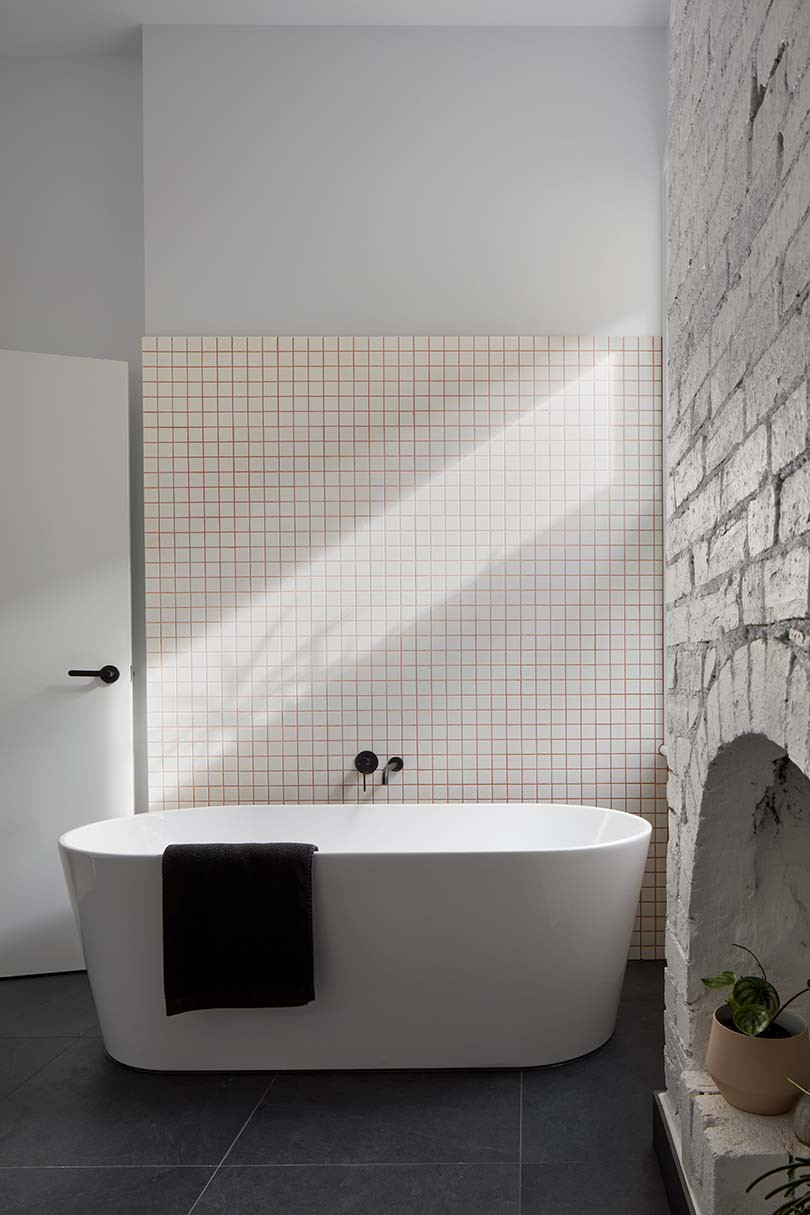 Gas fixtures were made redundant and there is provision for a future solar system. The site also has a 3000-litre rainwater harvesting system for garden irrigation and toilet flushing. Windows are double glazed with openings that enable good cross-flow ventilation.

“The new design also focussed on opportunities for northern and western light and solar gain,” adds Sandi. ”Western windows were fitted with custom awnings to protect against the summer sun.” 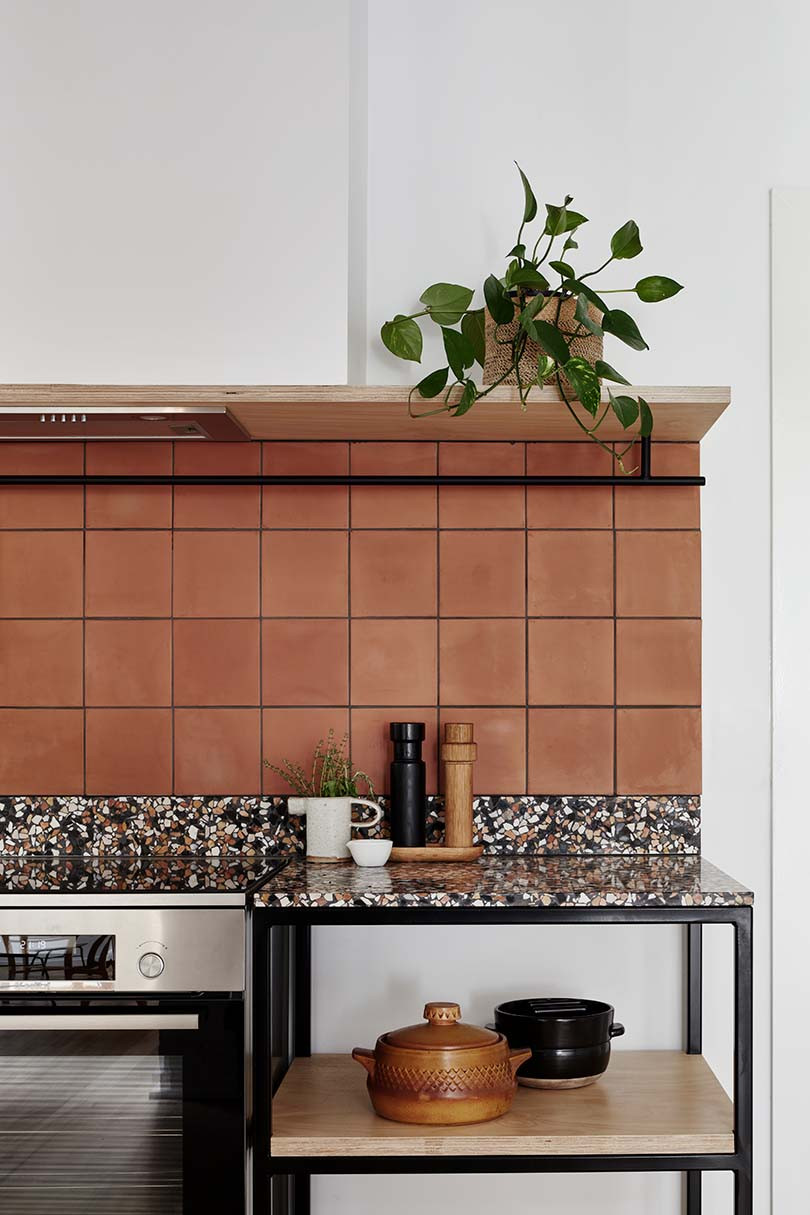 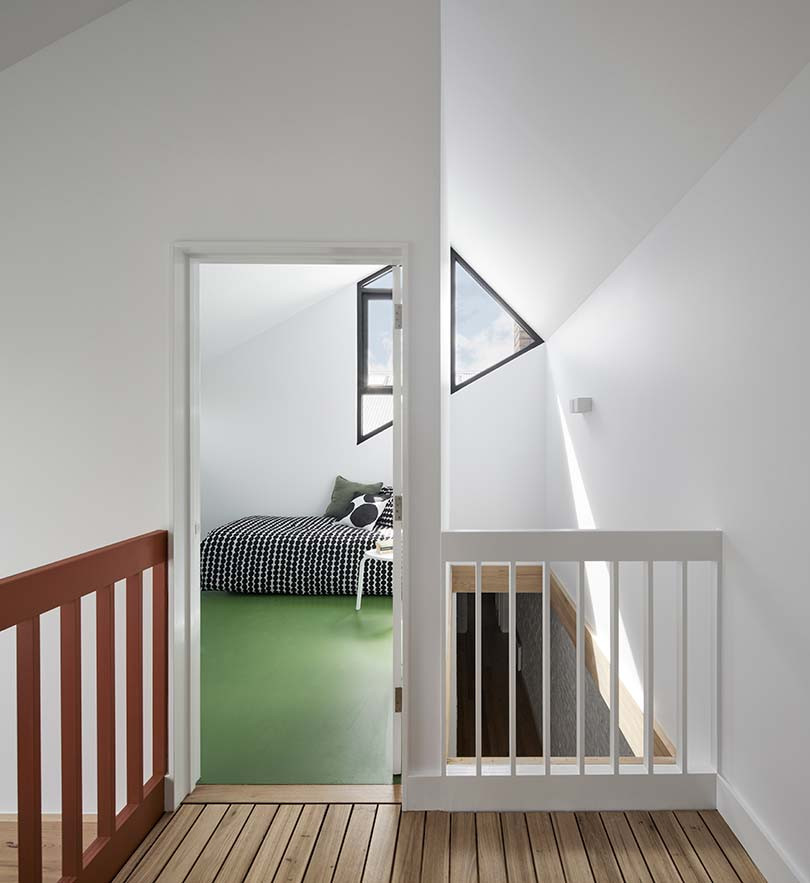 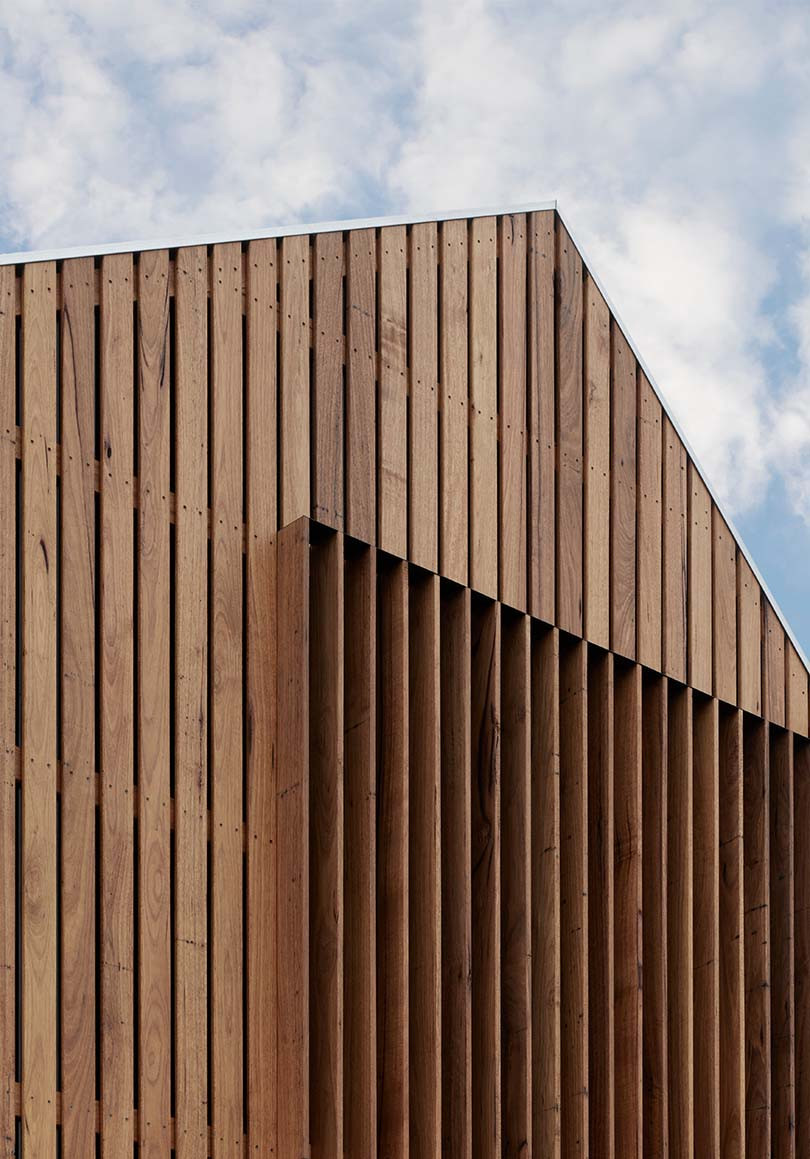 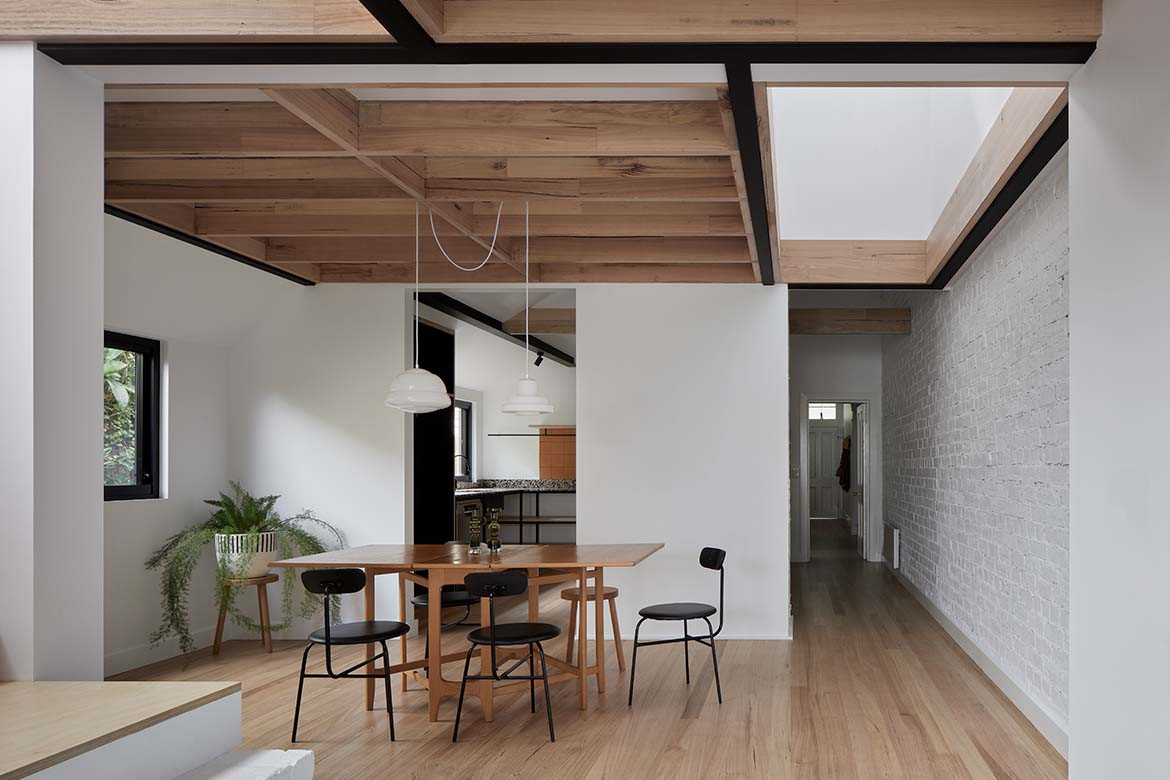 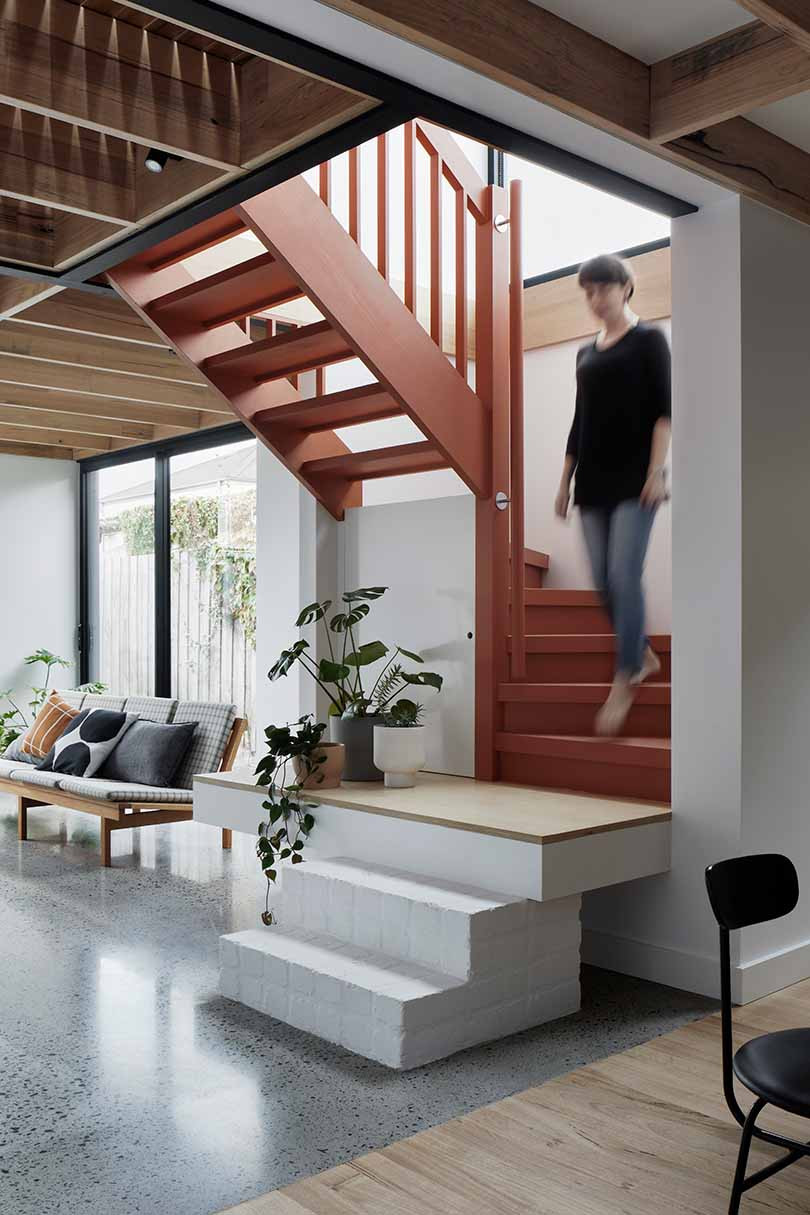 We think you’d also like Lucky House by Kuzman Architecture

Elana Castle is an architect, writer and photographer. She has spent her time traveling and working across the globe with stints in New York City, Cape Town, Sydney and currently resides once more in New York City. In 2009, she established STUDIO e* as a framework for her architecture, writing and photography and in 2012 she went on to co-found Castle + Beatty, an architecture and interiors photography business with an editorial edge.
Tags:
Heritage Architecture heritage home Kuzman Architecture Peek House