Visit Shishi-Iwa House For A Social Retreat In The Japanese Mountainsi... 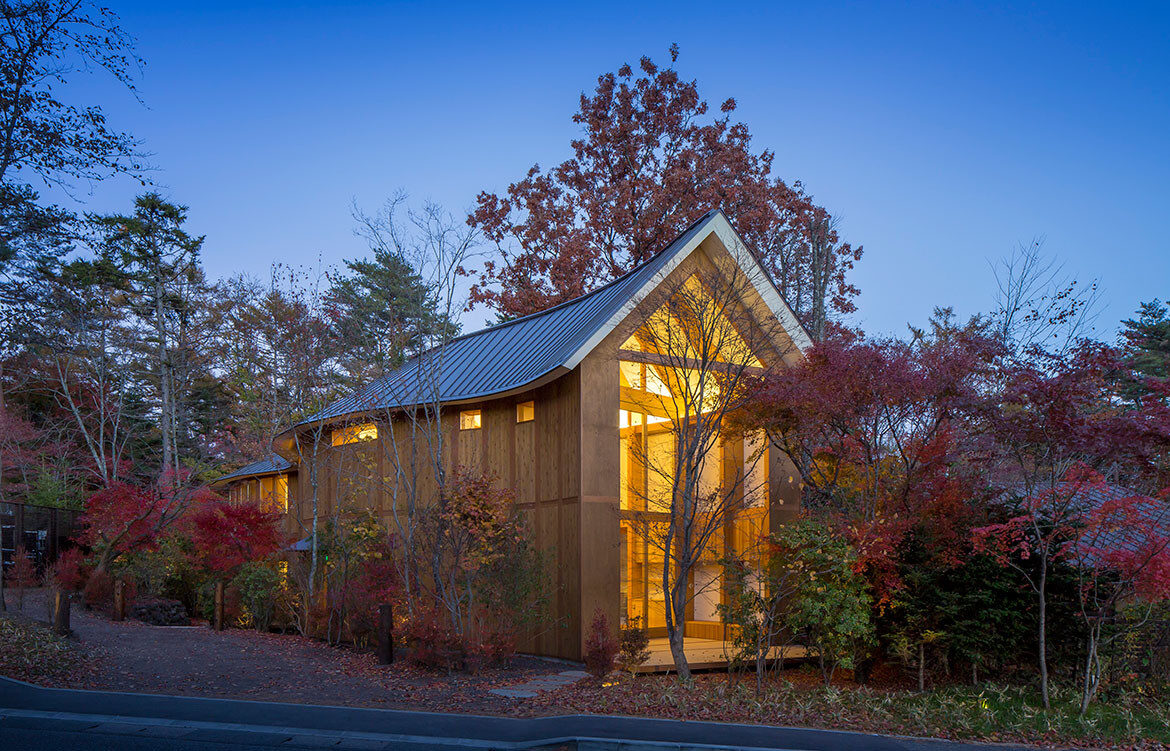 Shigeru Ban designs a boutique resort in Karuizawa, Japan, using architecture as a restorative tool and contextualising connections between nature, architecture and its inhabitants.

An idyllic resort within a mountainous, picturesque setting of the Nagano Prefecture, an hour away from Tokyo, Shishi-Iwa House sits like a well-fitted glove within its context. Crafted in a curvilinear formation with an undulating roof that mimics the treeline of the canopies of the surrounding forest, the retreat focuses on creating connections with nature from the outside inward and, likewise, from the inside to the outside, allowing the resort’s garden to set a living backdrop via strategic openings to encourage outdoor access and views.

Designed by the Pritzker Prize-winning architect Shigeru Ban, Shishi-Iwa house anchors its design on the notion that architecture can create a restorative and rejuvenating atmosphere by reinforcing human connections to nature and to each other. Shigeru designed the resort to facilitate social interactions by planning the retreat around its social spaces. The resort’s Grand Room acts as an anchoring social area with direct access to a garden and links to three clusters of living quarters, each formed by a common area kitchenette and several guest rooms. Visitors can retreat to their guest rooms – envisioned as mini-sanctuaries by themselves – or choose to socialise in the plentiful common areas with each other and other guests.

Like with his other projects, Shigeru approached the design of the retreat with a sense of exploration and innovation. To minimise the impact on the surrounding environment, Shigeru used a building approach of transporting timber frames sandwiched by pre-fabricated plywood panels to the site to construct a modular, yet curvilinear, structure that enabled only a minimal disruption of the existing forest.

A limited and warm palette of materials and textures adds consistency throughout the public and private quarters of the resort to enhance a seamless flow of spaces that all connect to the surrounding nature. Known for his experimentation with unusual materials, specifically cardboard, Shigeru fitted out the interiors of Shishi-Iwa House with timber and paper tubes to create a uniquely warm interior ambience. “I was interested in developing a distinct design language befitting to its beautiful location,” says Shigeru. “Timber was our material of choice for the design, used to heighten the sense of warmth and coherence throughout the boutique retreat.”