Life on the edge of New Zealan.. 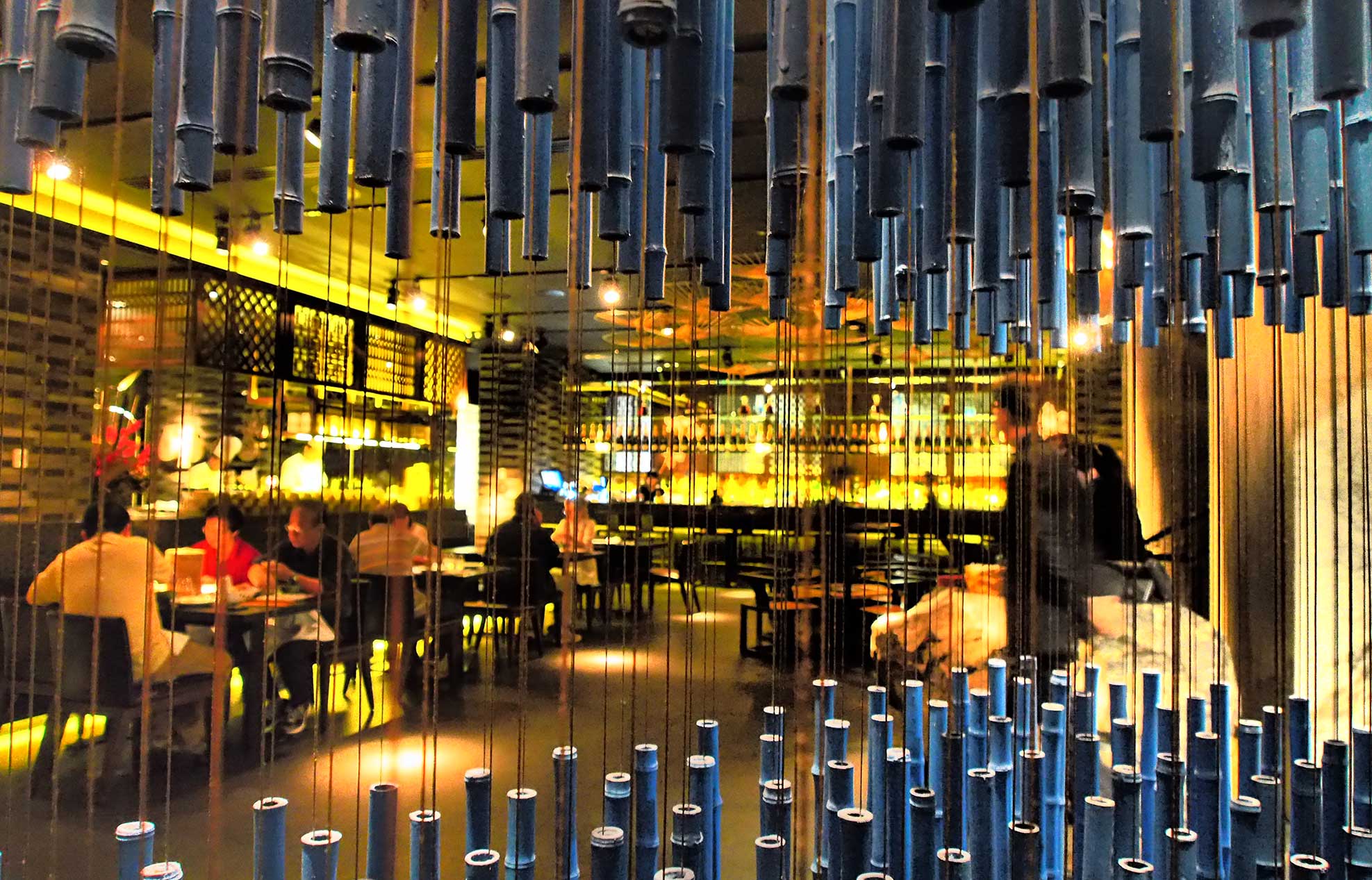 Newly launched at Sydney’s World Square, The Plump Duck comes to you from the same creative mind behind Alpha Restaurant, Beta Bar and Nour.

If you’re a trendy, inner-city Sydneysider, you’ll have no doubt patroned glam culinary hotspots like Alpha Restaurant, Beta Bar and the recently launched Nour in Surry Hills. But what you might not know, is that each of these locales have something in common: they are all designed by the acclaimed master of hospitality, interior architect Paul Papadopoulos of DS17.

With a sparkling trail of chic Sydney restaurants behind him, Papadopoulos was commissioned to undertake one of Sydney’s most anticipated restaurant launches of the decade, The Plump Duck.

Housed in the CBD’s bustling World Square precinct, this impressive $10 million fitout combines the influences of ancient China with modern accents. A dramatic four-metre terracotta warrior statue greets guests upon entry, while the interior features traditional Chinese artworks, calligraphy and sculptures. Seating 250 people, the interior spreads over two levels with decadent and stylish private rooms and public dining spaces, both in and outdoor.

What’s most remarkable about Papadopoulos’ fitout however, it the sheer volume of detailed materiality he has managed to harmonise throughout the massive space.

Prominently placed terracotta soldiers feature at the entry of the restaurant, adjacent to the semi-open kitchen area, giving the kitchen this lovely authentic, Chinese-street-market feel. This is coupled with finely carved Chinese woodworks, which are used as whole panels and even entire walls. This intensity of timber contributes to what is a wonderful den-like atmosphere, driven especially the lighting, which warms the dim yet cosy nooks of the restaurant.

Throughout the two levels, Papadopoulos has used a mixture of gold and red in his colour palette, which permeates the fixtures, fittings, furnishings and lighting. The space practically glows with red and gold. There are cavalcades of ancient Chinese artifacts scattered throughout the interior, however it miraculously never feels cluttered or kitsch, more of a nod to traditional.

The Plump Duck is a mastery of materiality on a vast scale, and is as much an accomplishment in interior design imagination as it is of culinary greatness. Either way, not to be missed.