This Just In! Living Edge Is O.. 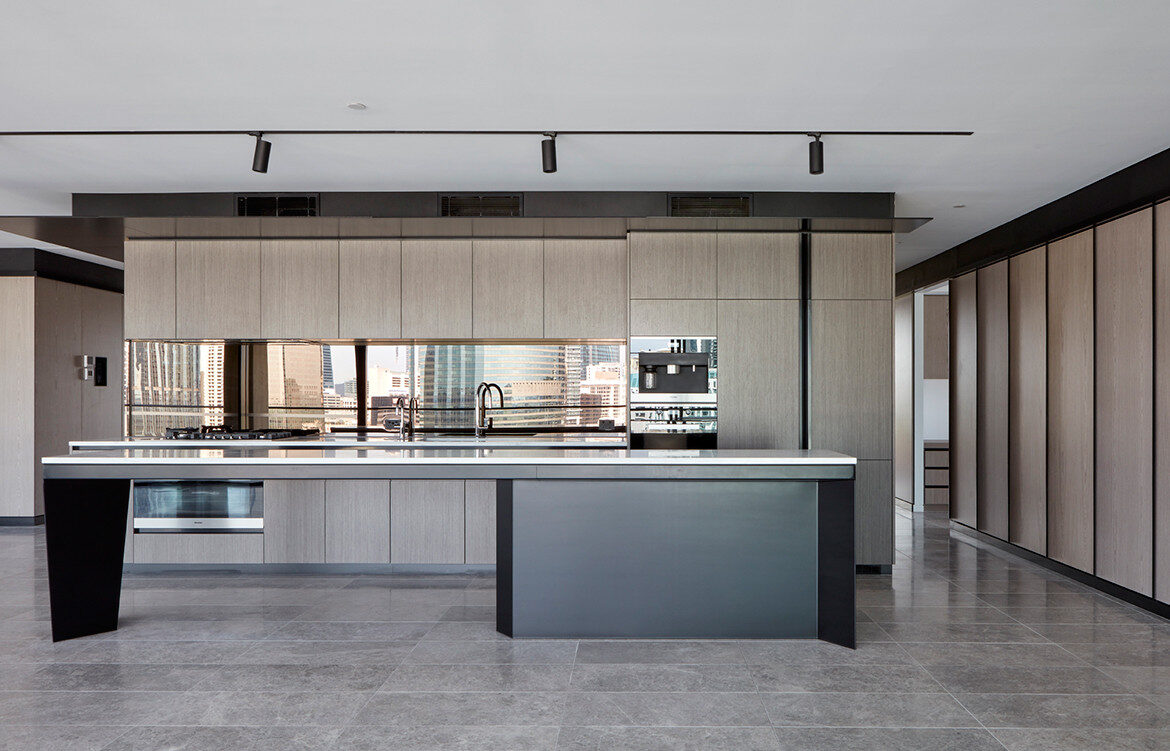 “Single unit per floor developments,” says Brisbane architect, Liam Proberts, “have almost become a movement in Brisbane.” He is reflecting on his latest multi-residential development, Walan Brisbane, which has already won the Queensland Chapter Job and Froud Award for Residential Architecture, Multiple Housing and which follows on the heels of the highly regarded SILT development (2014).

Both are in the Kangaroo Point precinct on the river and both driven by the same developer who, says Liam, is a long-time resident of the area with “quite a connection to it and wanted to move the built-language along”.

Walan Brisbane takes its name from the nearby ferry stop and much of its character from the colours and fissures of the cliffs that line the river.

Walan Brisbane takes its name from the nearby ferry stop and much of its character from the colours and fissures of the cliffs that line the river at this point. “It led to an almost abstract way in which the building expresses itself. We drew directly from the colour and the pattern of the cliff faces to inform the skin,” syas Liam. The character of the cliffs also drove the multi-coloured aluminium screens (or brise soleil) that form a second skin to the building.

Walan is a fully glass-skinned building oriented towards the west. So, in Brisbane’s sub-tropical climate and with a brief to optimise the views west over the river to the city, the screens serve to mediate the heat of the western sun while maintaining views and at the same time ensuring privacy. The screens also suggested the idea of “Queenslanders in the sky” because like those characteristic Brisbane houses raised up from the ground with their verandahs and patterned timber screens, these apartments are layered with the interstitial space between the interiors and the façade screens forming a genuine verandah rather than a mere terrace.

Exterior screens serve to mediate the heat of the western sun while maintaining views and at the same time ensuring privacy.

The 14-storey building has just one apartment per floor, each serviced by a secure lift that opens on to a lobby providing an additional layer of security. Two hallways run down either side the lift core creating internal connectivity, but also drawing light and views into the whole apartment both down the length of the plan and across the plan. The master bedroom enjoys the prime location for views and this, says Liam, drove the internal planning.

The apartments run out at 300-square-metres and are pitched towards people who are downsizing from houses. So, it is an option, says Liam, “to move from your house into a housing development that happens to be apartments”. It is not just about storage and size, but also about identity and quality of life. And quality, says Liam, means “the quality of your environment – the site that you are living on and the location – but also the quality of the space that you are living in”. While these apartments may be high-end, this is an issue that goes to the heart of matters in this era of densification because, if people are being asked to make an apartment their home (as distinct from a quarter acre block with front and back gardens), then it needs somehow to offer the amenity of a home.

Part of that amenity is a sense of community and one of the intriguing aspects of Walan Brisbane is the incorporation of the Scott Street Flats (c.1925), one of only two surviving buildings by Elina Mottram, Queensland’s first registered female architect. This building now serves as a common facility (pool, gym, library) for the Walan residents, but is also – like the screening – a gesture towards continuity and the historic character of the area.