Smart Technology From The Ground Up

Smart Technology From The Ground Up 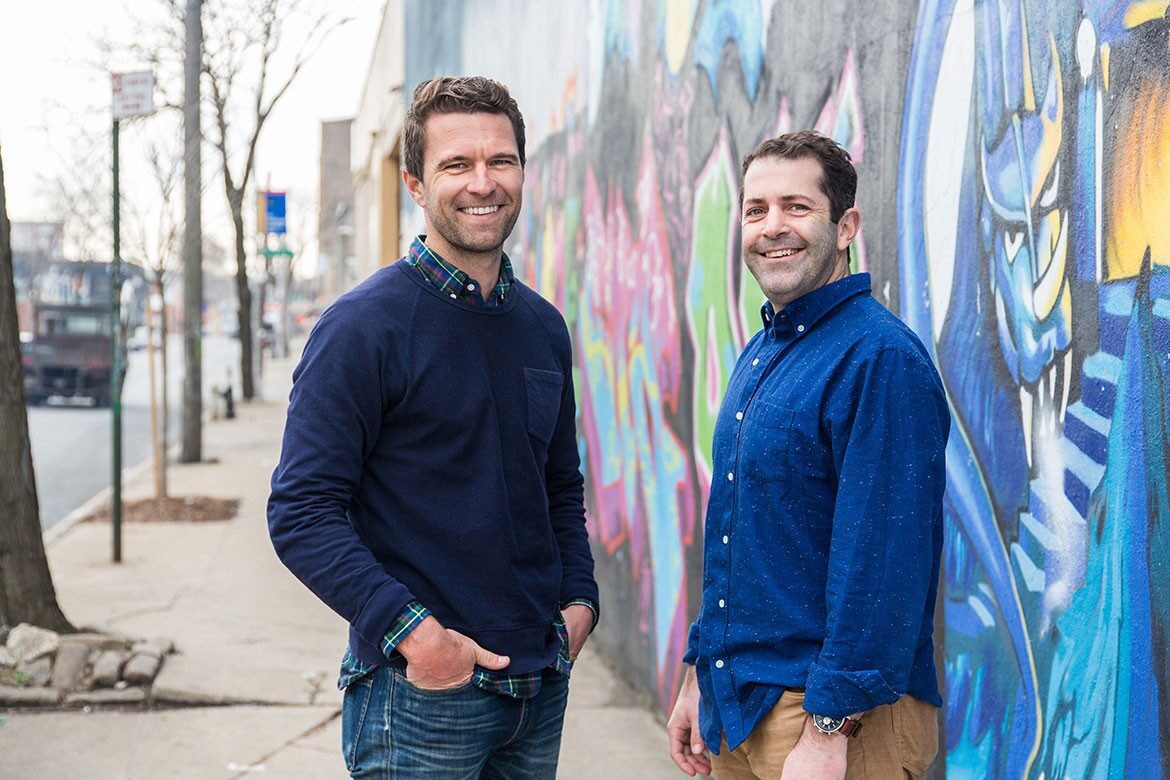 Allbirds – brainchild of Joey Zwillinger and Tim Brown – uses an exclusive cut of superfine merino wool to fashion a casual sports shoe that will see you from A to B and back again.

It’s not what you know it’s who you know… and who they know. Joey Zwillinger and Tim Brown first met each other through their respective wives, who have been close friends since college. Leading separate lives at first, Tim played soccer at a professional level for over a decade, first for the New Zealand National Football Team, and then for the Wellington Phoenix Football Club (A-league). Concurrently, Joey had been running a renewable chemicals business inside of a biotech company.

Throughout his career Tim was sponsored by a number of athletic companies, but once he retired from professional soccer, he took funding from the Trade Association of New Zealand for the research and development of a casual athletic shoe made from merino wool.

“There was a lot of focus put on the branding around footwear products specifically, and a lot around performance for the best athletes around the world, but not for the everyday user. And there was not a lot around comfort,” says Joey.

While Tim worked on the design and fabrication, Joey was able to help out on the business side of things. And In 2014 when Tim first put the prototype of what was to become the Allbirds shoe on kickstarter, it only took three or four days to raise $120,000 USD.

Despite the interest, which well exceeded what was initially anticipated, the project was put on hold until the production could be managed and understood in a way that reflected the quality and ethos of the product Tim was creating.

“We had a lot of conviction that there was opportunity in the casual shoe category. [To] focus on comfort, take out the logos, and use renewable materials to make something that’s better than what existed,” says Joey.

In 2015, following 12 months of further R+D, Joey and Tim raised a further $2.25 million – from private investors this time – which allowed them to launch publically in March 2016. After heady anticipation, 20 months later Allbirds launch in the Australian market, their third market following New Zealand and America.

The shoes are made from a very specific clip of superfine merino wool, approximately 17.5 micron: 20 per cent of the width of a human hair. As well as being a luxurious and exclusive fibre, one that’s frequently used in high end men’s suits, it’s breathable and moisture wicking. “Because of the structure of merino there are little air pockets that insulate your foot from hot or cold temperatures, so it keeps a nice moderate condition [inside the shoe] and is naturally water resistant,” says Joey.

Thinking about sustainability, as designers and architects are increasingly incorporating as part of their normal practise, merino wool has a naturally low impact and a quick regenerative cycle, even at an industrial scale.

Despite the occasional push back from suppliers and manufacturers, used to doing things quickly and cheaply – often at the cost of quality and the environment – Joey and Tim persevere. Allbirds are adamant to do things the right way, or the highway.