Creative Angles: A Home Among .. 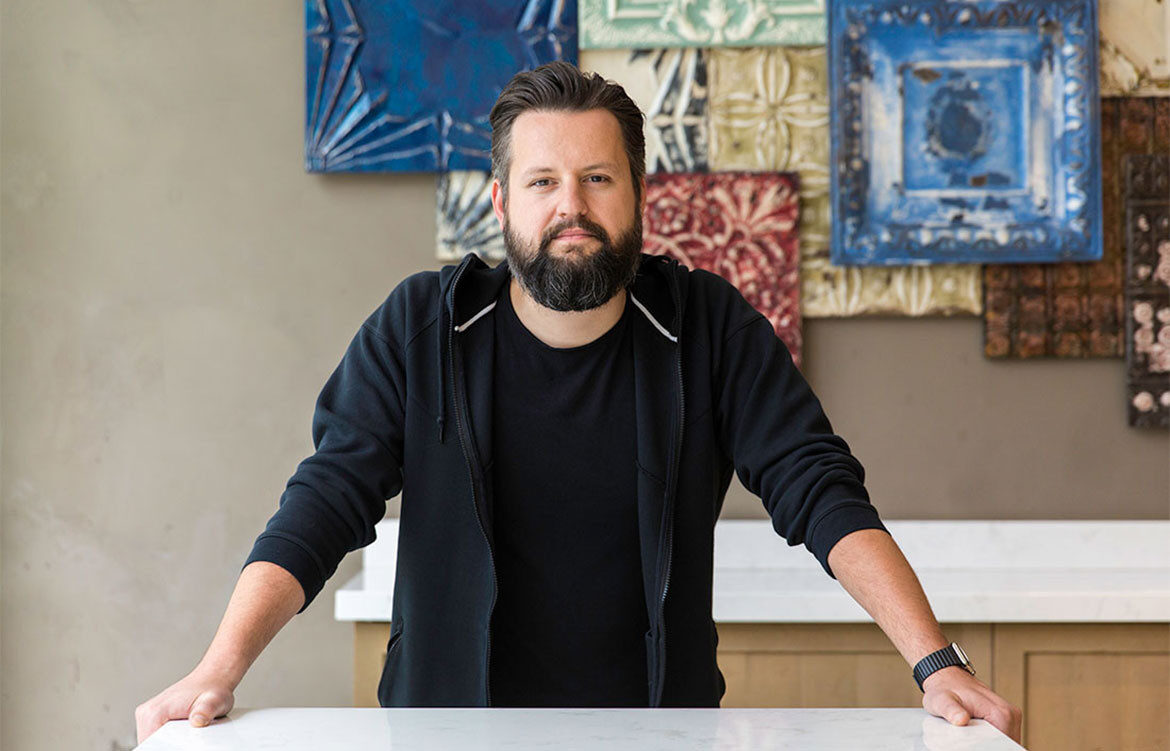 In Sydney earlier this year, Habitus chats to the head of design at Airbnb about the design of a company that continues to innovate – and disrupt – the hotel industry as it sinks its teeth into the design industry, too.

As one of the big players in a new generation of disruption, Airbnb has been game-changing. We sit down with the company’s head of design to discover the journey for the end user and how design forms an important part of it.

You were in Sydney for Semi Permanent. What did you share with the audience?

I talked about designing for trust. Trust is a concept that we apply to everything we do. It’s actually what Airbnb managed to innovate on – creating trust between strangers at scale. The home sharing component of that is just one piece of it.

I imagine building trust between strangers is something you must continuously reconsider, particularly in the current climate. How do you face those challenges?

When you look at it statistically, we’ve never been safer, but we’ve also never been more scared; this is the duality in the world today. That is partly based on the polarisation that’s created through media and the way we’re connected to things all the time.

It’s exciting to work in a business where we see millions of people connecting daily, through different languages, and see the good that comes out of it, rather than the bad. We will always have to fight the headwinds of the world becoming more polarised and distrusting. The best way to fight those things is to put someone in another place so they experience that place, and its people, in a more meaningful way.

How do you build that trust for older generations, those who are perhaps not so familiar with the online world?

We want to design an experience that works for everyone. We’re finding that people are using technology more at every age group. We have some very concrete examples such as our Senior Nomads who are a couple who have ended up living on Airbnb. They sold their house and this is their retirement.

We’re moving towards making Airbnb available for everyone. Whether it’s a 20-year-old couch surfing their way across the world or an older couple spending their retirement on Airbnb. Interestingly, most of our hosts are women. For a technology platform, that is comforting to see.

Your new typeface Airbnb Cereal suggests the storytelling character of Airbnb. How do you maintain such a clear narrative?

There’s a lot of clarity in communicating our intentions – we’ve been doing that for years. If you trace back to our origins – we just celebrated our 10-year anniversary – everything fits. Our core values are distributed across every organisation so that when you go to an office, whether it’s here in Sydney, or Beijing, or Tokyo, or Paris, it feels like Airbnb but it also feels like the city you are in.

Culturally, this company does an incredibly good job of making sure all of that is baked into the way we work, and that applies outwards to our community. And we include ourselves in our community.

On The Airbnb blog, there is an article about the global check-in tool, which allows hosts to upload images of directions or instructions. It gives a great behind-the-scenes of how Airbnb is reacting to users’ specific needs.

When you’re looking at check-ins in Thailand or the Czech Republic or Canada, you notice that there are all these little quirks that you can’t formulate a one-size-fits-all approach. The best part of that experience was gathering all the things that hosts were doing. Artists were using Photoshop to highlight things, some were using their iPhones and doodling on top of images. Others were literally solving issues for us.

We have five million homes on the platform, and behind each one of those is an entrepreneur thinking: ‘How do I do this better?’ So we absorbed all the information and created this tool. We have one of the best research teams – it’s anthropology we’re doing in some cases. We have the foremost experts on actual trust and human behaviours. It’s very different from the standard software qualitative research process.

Sometimes, it feels like I’m leading the largest design team in the world – I have 250 people and then I have a few more million. It is great but it also makes the job incredibly stressful at times because everything you do is impacting so many people that use the product every day. It’s a big world but it’s also very small. I like when we find out that people are actually really the same.

I think structures and cities and systems often change, and culturally we change, but at its core humanity has a lot of similarities and it’s nice to find those. Most people just want to feel like they belong – they don’t want to feel like a tourist. That’s why we say ‘Belong Anywhere’. Maybe it’s grandiose, but it’s what everybody wants to do.

Local Sydney designers The Bold Collective were commissioned to design Airbnb’s Sydney office, shown throughout. The Bold Collective’s brief was to create a workplace that allowed the existing strong culture of the team to thrive through socialising and playfulness. Airbnb believes a great office is as much about behaviour and emotion as it is about utility.

Getting To Know Madeleine Blanchfield Architects