Clear Your Diary For Jardan’s .. 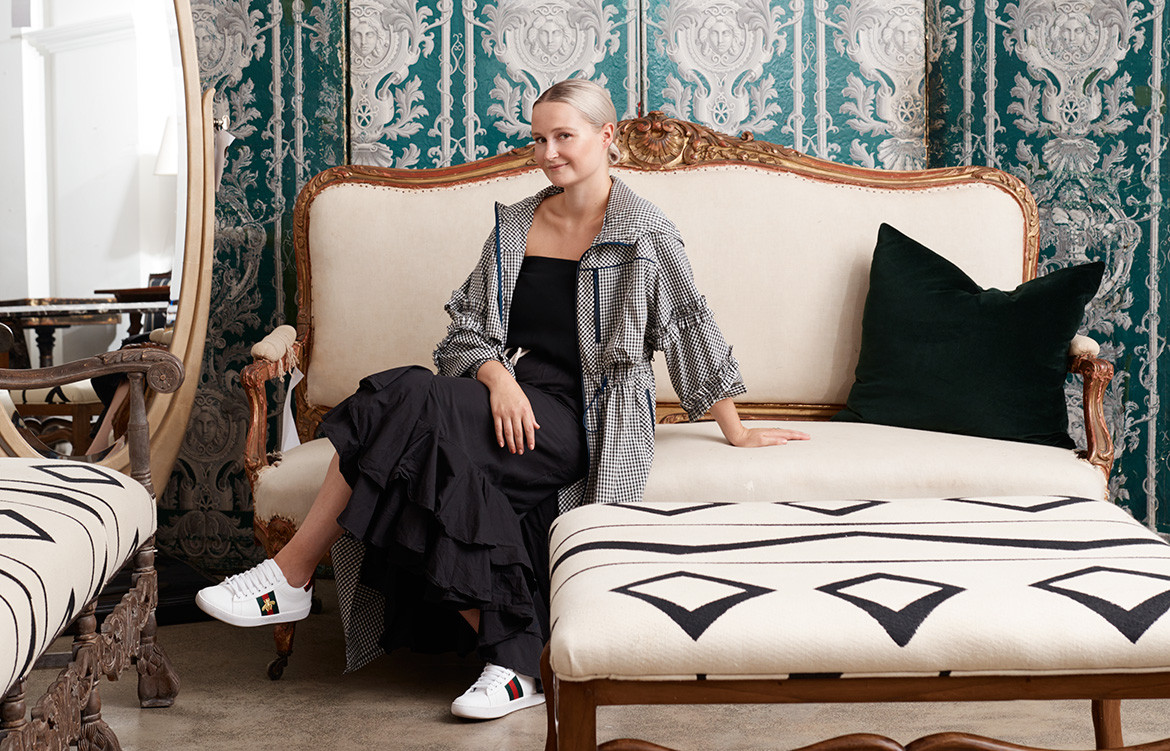 Phoebe Nicol draws from her antique business, The Vault, co-founded with partner Jeremy Bowker, to inspire her interior architecture practice. Her style is a combination of clean, minimalist shells with maximalist decorative objects.

Sitting down to chat with Phoebe Nicol in Sydney’s Kings Cross, she was buzzing as a 42-foot shipment from France would be arriving next day; full of antiques collected from a recent trip with partner Jeremy Bowker, and mentor: the antique dealer and interior designer Geoffrey Clark. The shipment was heading for Phoebe and Jeremy’s showroom in Rosebery, Sydney, which is the home to The Vault and Phoebe’s interior architect business. The Vault, their curated antique and art business, started in humble beginnings, from their garage in Randwick, only two-and-a-half years ago.

It’s pretty amazing that in such a limited time The Vault has grown so much. In part due to the incredible training that Bowker and Nicol have received from industry greats like Martyn Cook and Geoffrey Clark, who mentored their process. Phoebe’s career began in well-placed work experience at 16 years old at Country Trader. “My mum is an interior designer,” she admits, “I’ve been surrounded my decorating and interiors from such a young age.” 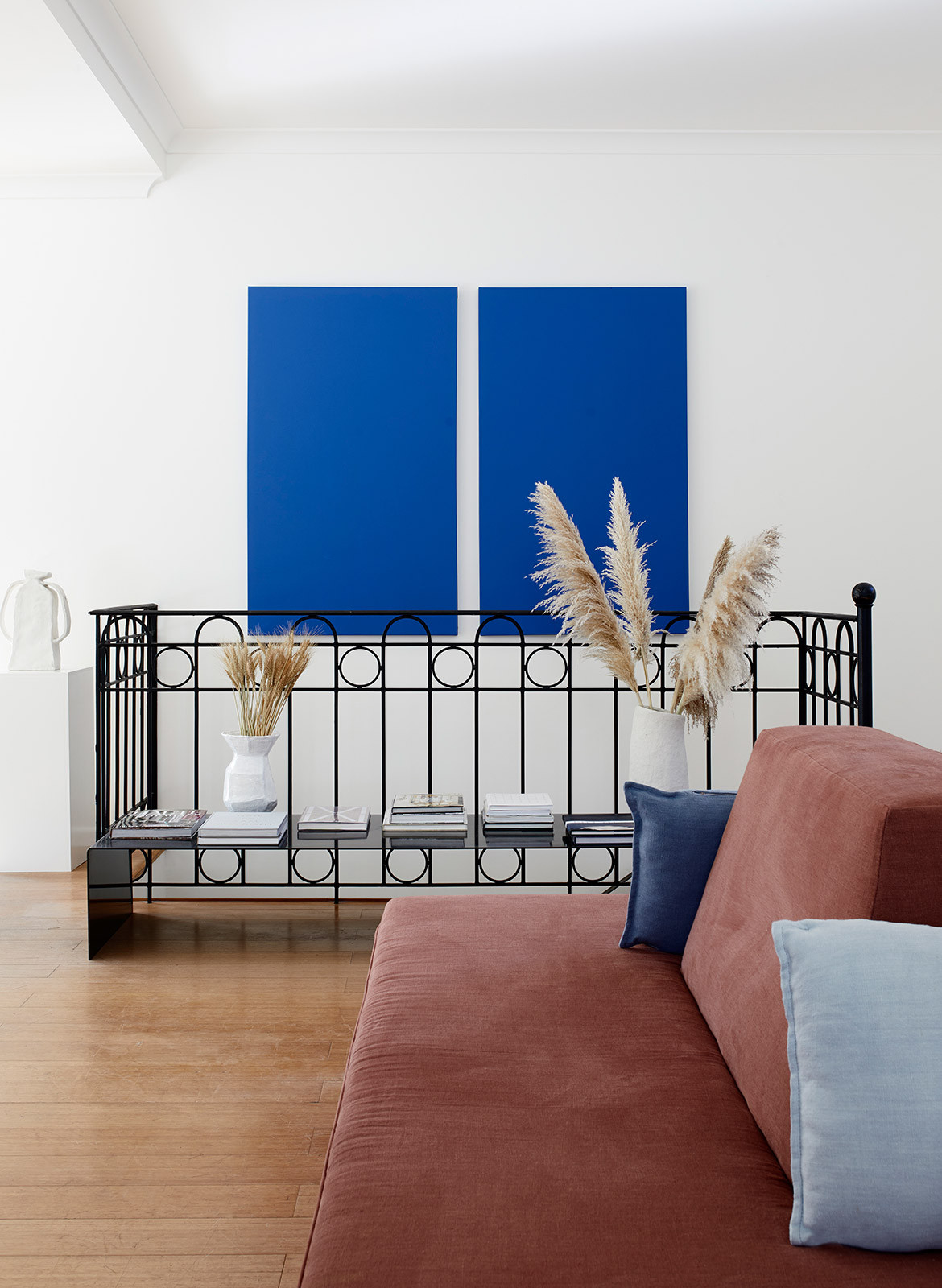 Phoebe went on to study design at Enmore College, going back to work at Country Trader for six years once she graduated. “[working directly with Geoffrey Clark] really resonated with me; it threw me into this world of antiques which can become a bit of an obsession,” she says. “I really wanted to push my knowledge of interior design and spatial design, so I decided to study interior architecture at UNSW.”

Her degree allowed her to add an architectural push to her practice, and while studying she began working at PopovBass Architects. “I learnt a hand of restraint, and began to consider the whole space of the interiors,” she says. After graduating, Phoebe worked with Sydney-based interior designer Tasmin Johnson for two years, before starting her own design studio in October 2018. 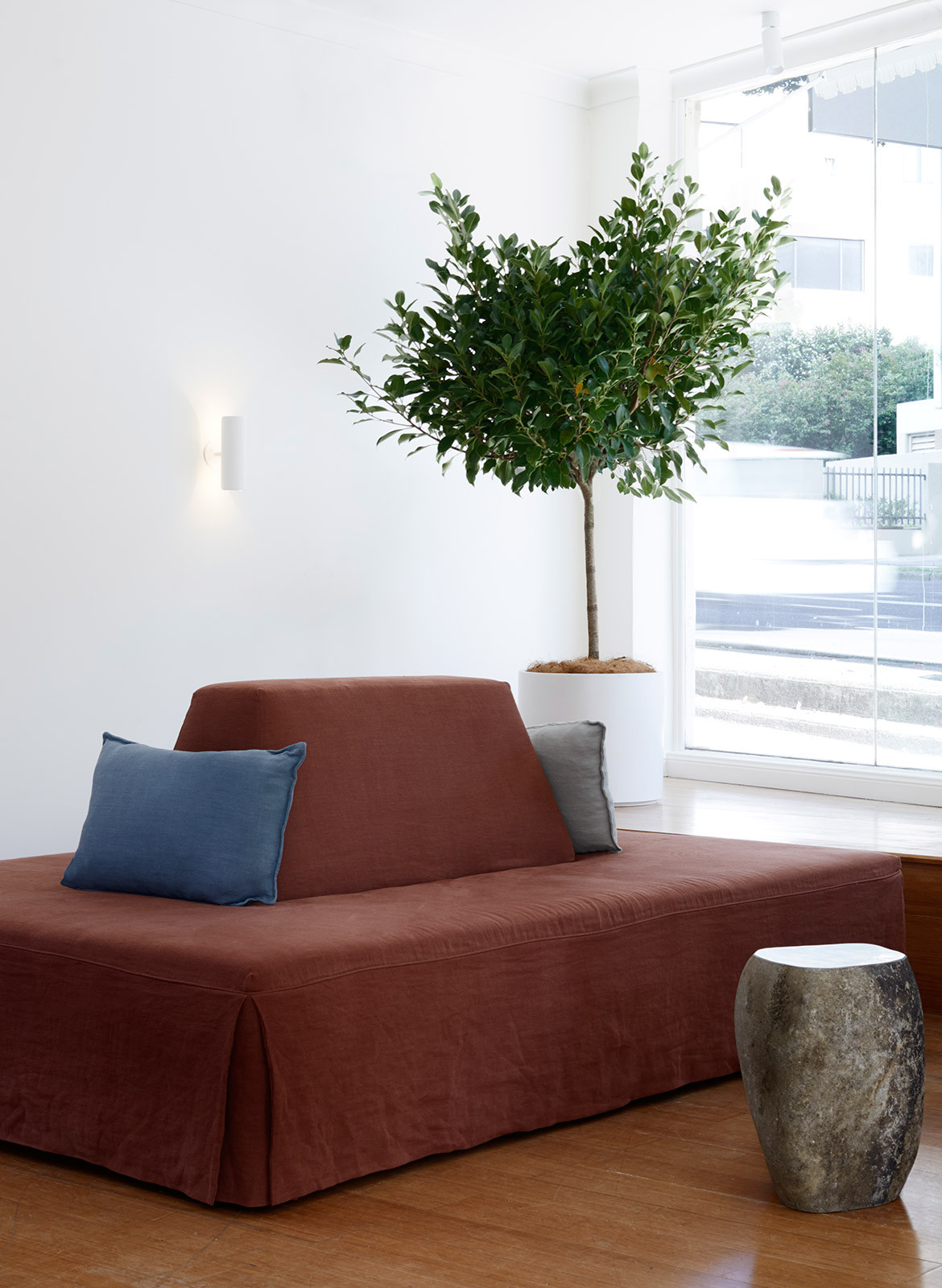 Phoebe often gets custom pieces made and pairs them with one-of antique pieces that become objects to pass down through generations. “Antiques can last for as long as you want them to because they are often high-quality. Too many pieces of furniture are designed today, to simply be replaced.” There is a narrative of reuse and recycle in antiques suggests Phoebe. “You understand the craftsmanship that went into these amazing piece, such as a chest of drawers that’s hundreds of years old.”

Her design philosophy centres around bringing the old into the new but within a clean architectural shell. She adds, “I really focus on materiality, and a common theme for all my designs is attaching classicism, bringing in a European twist.” 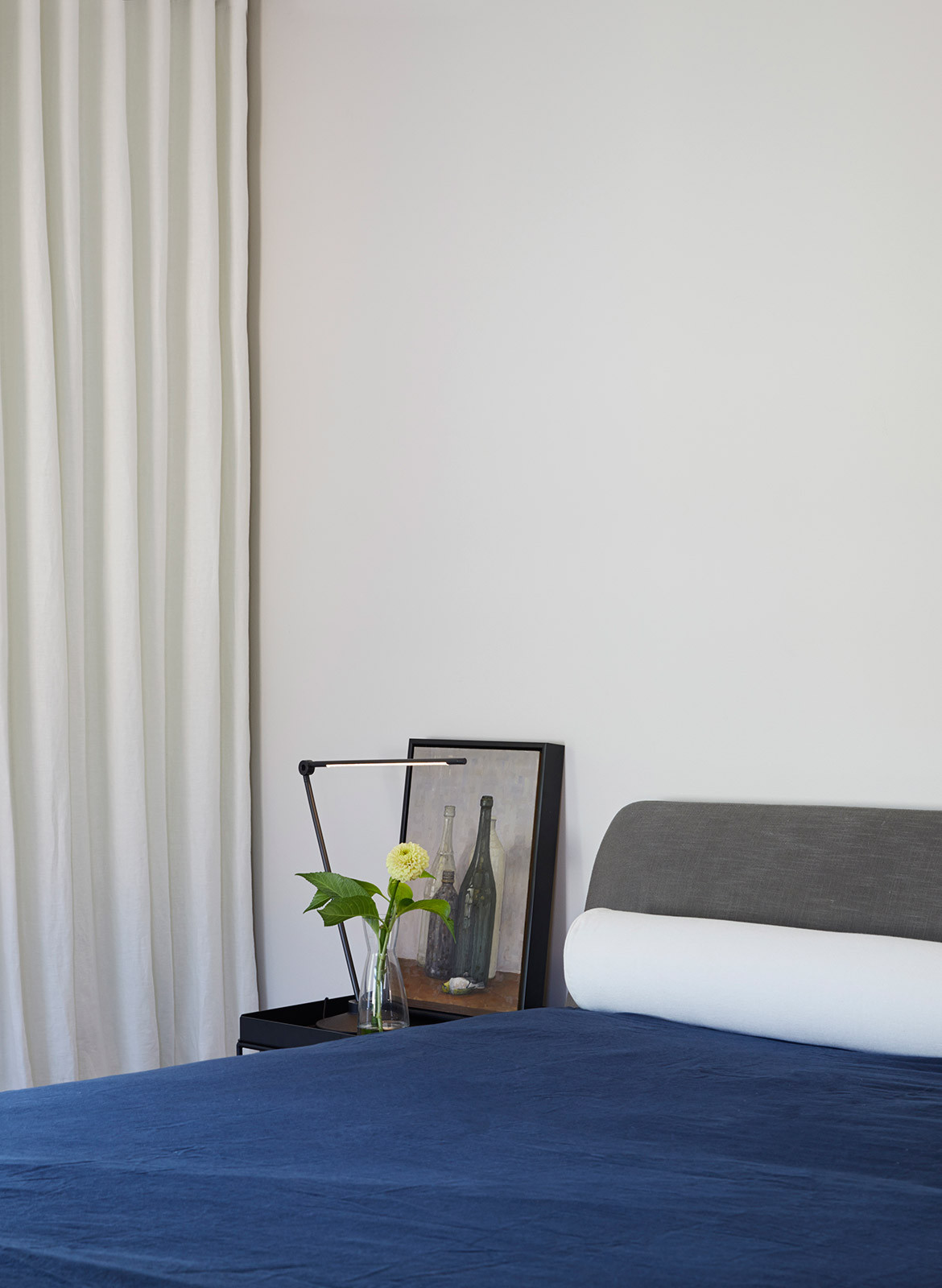 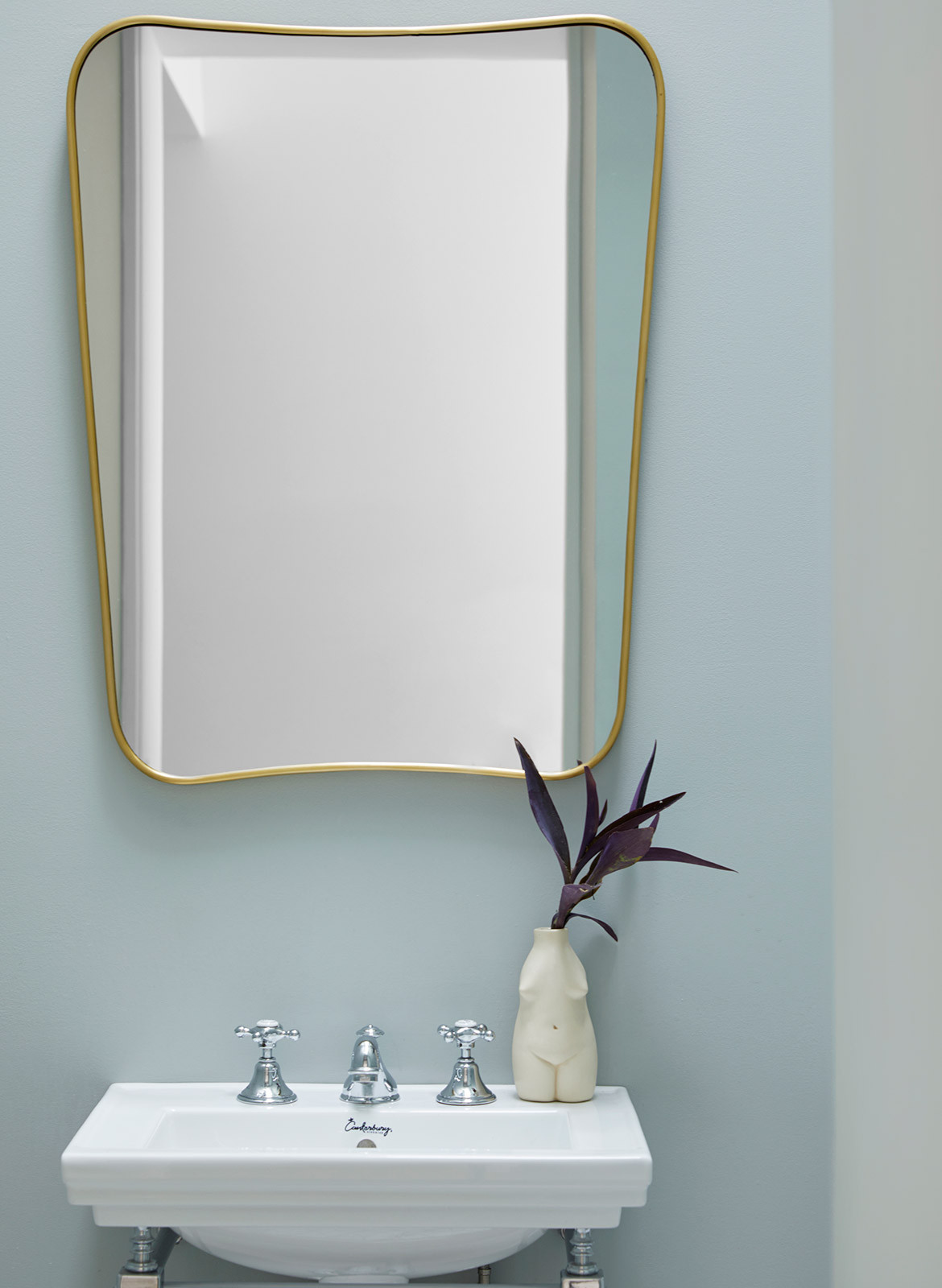 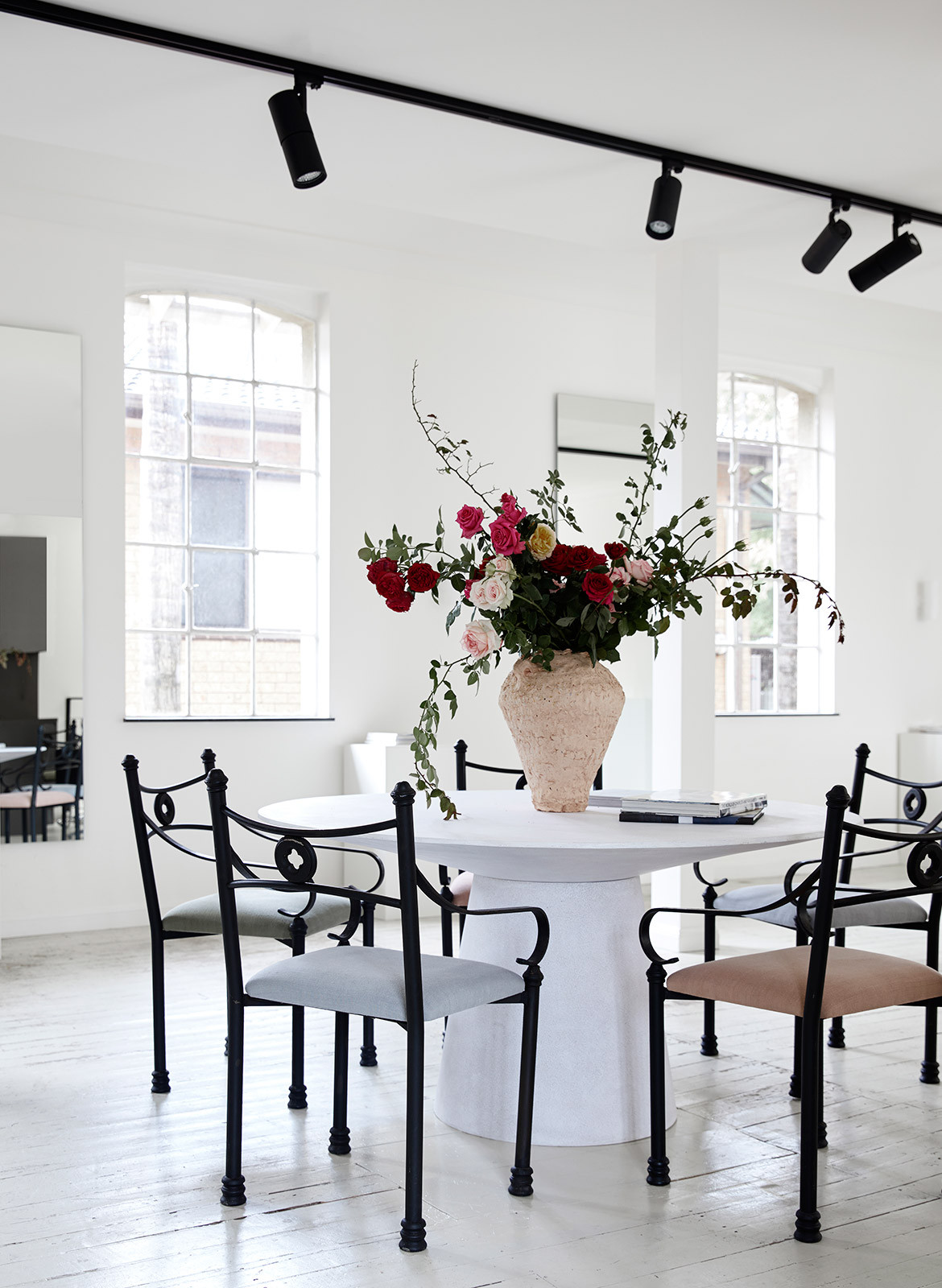 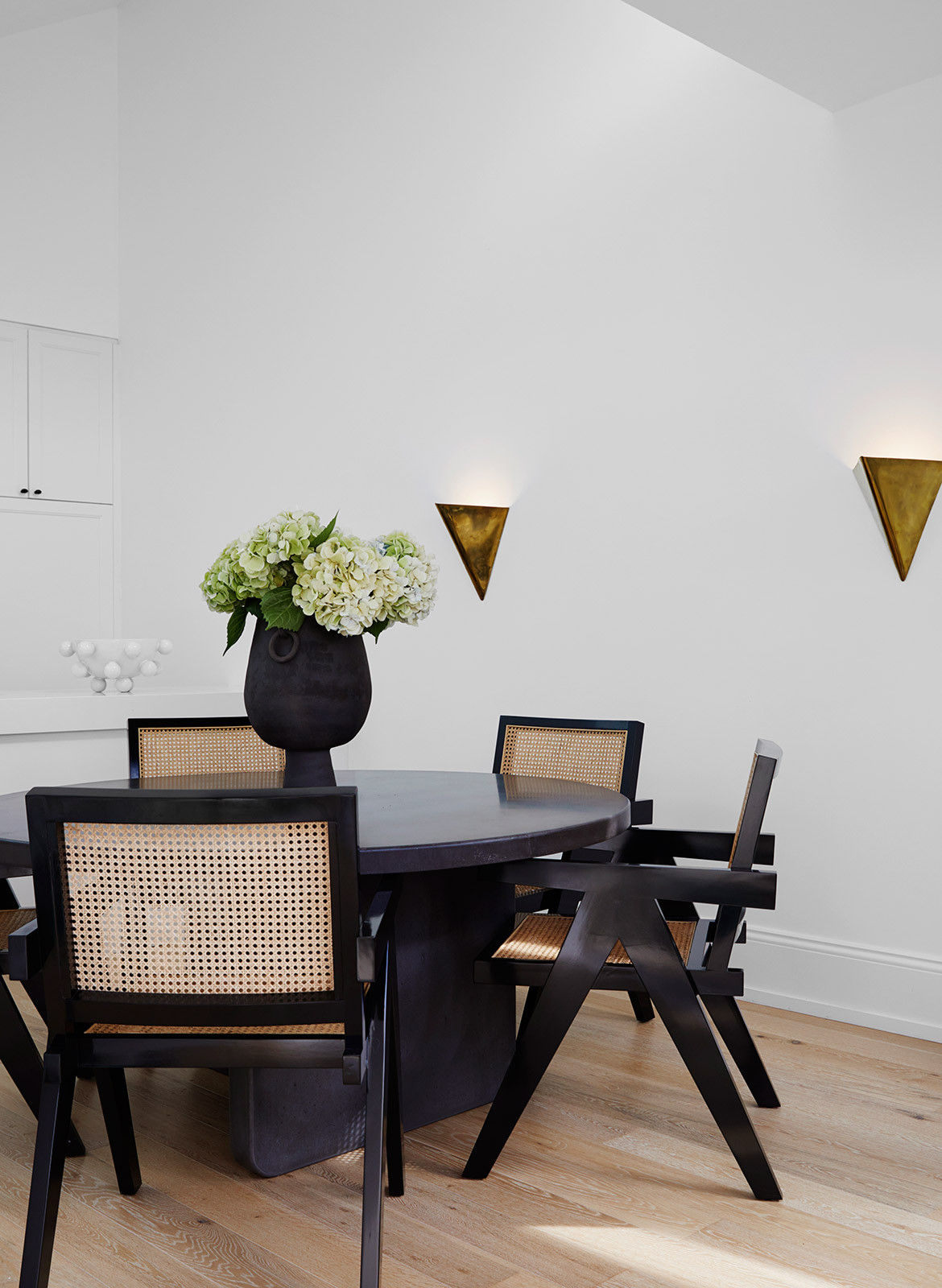 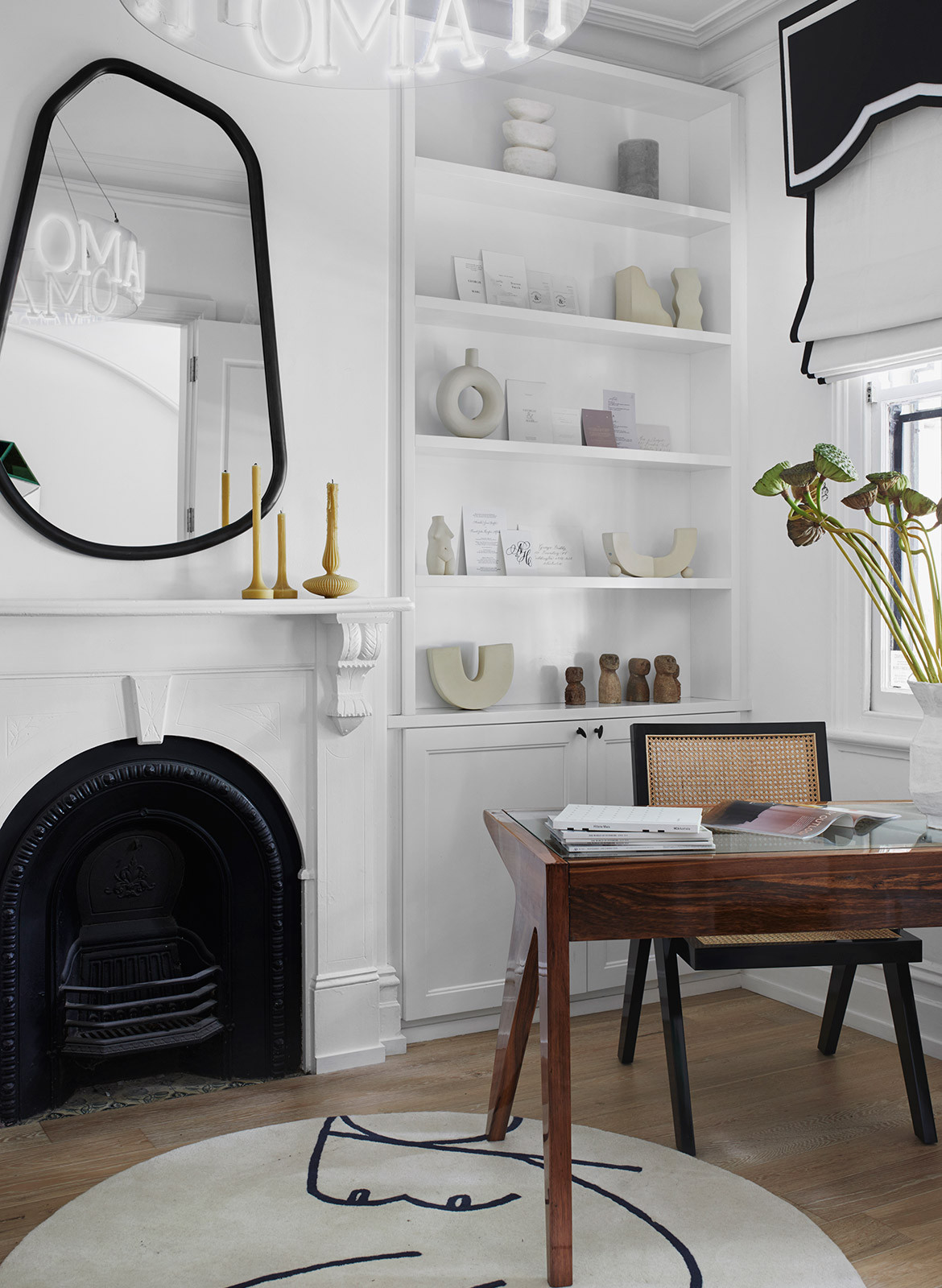 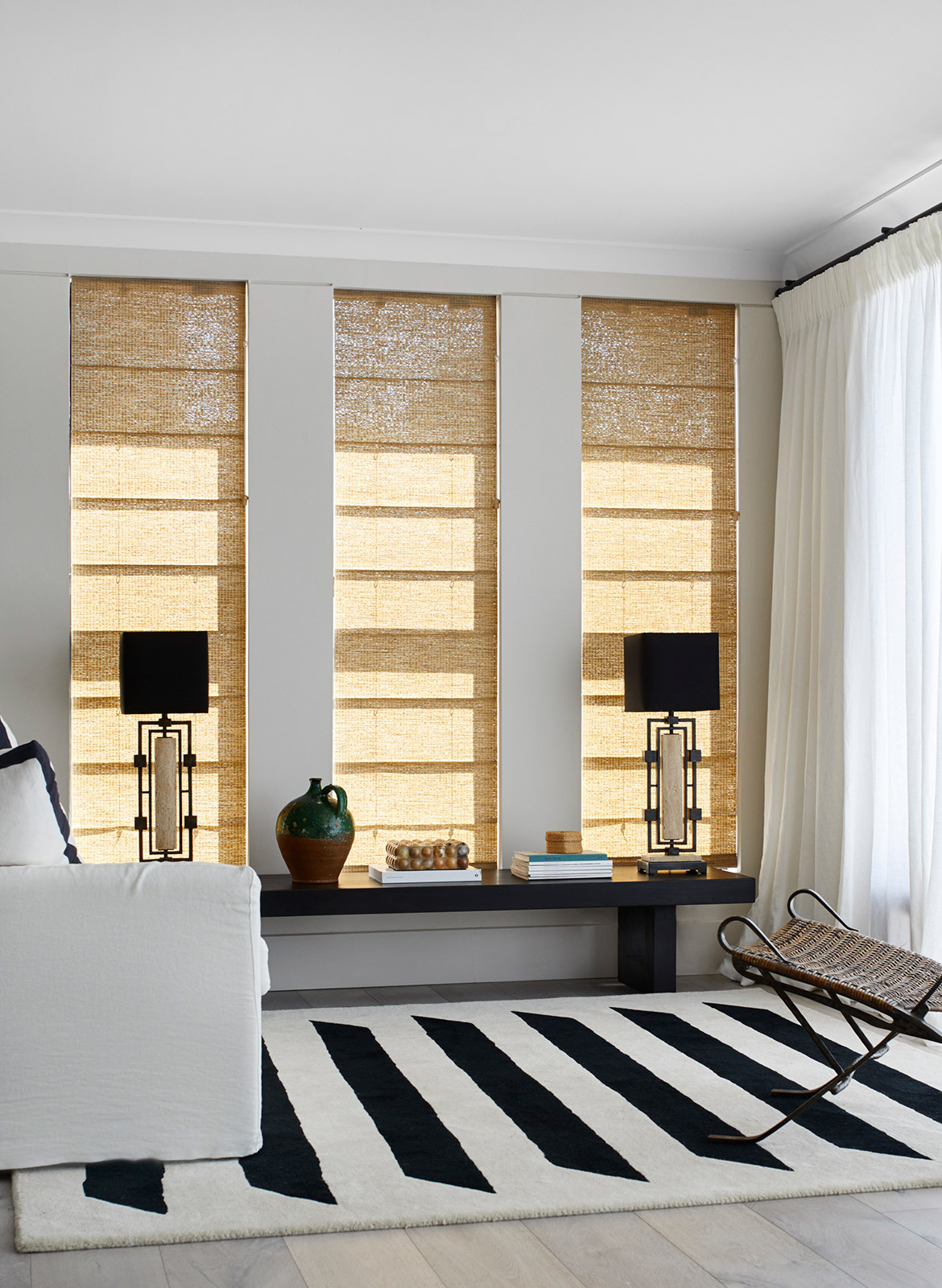 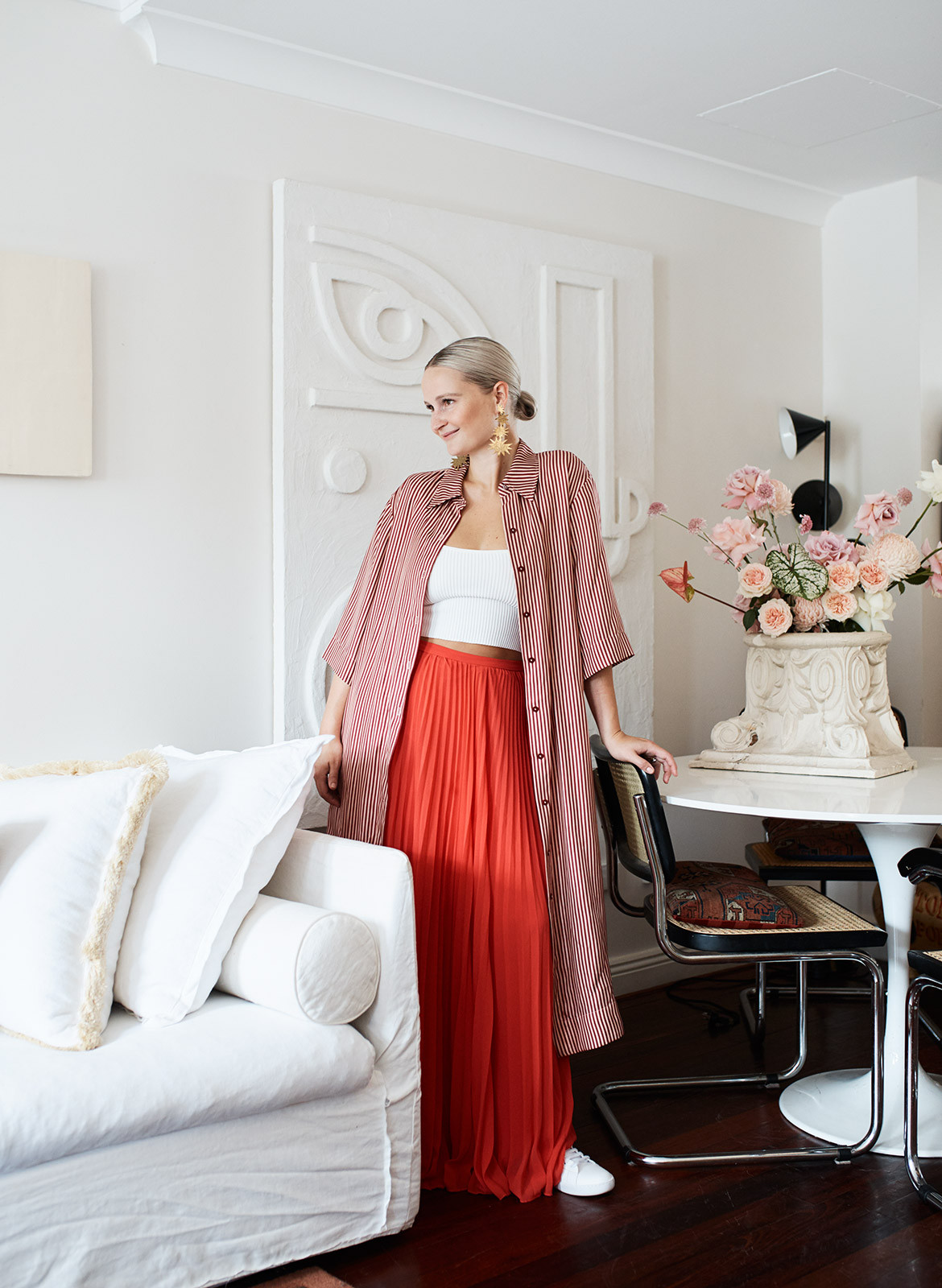 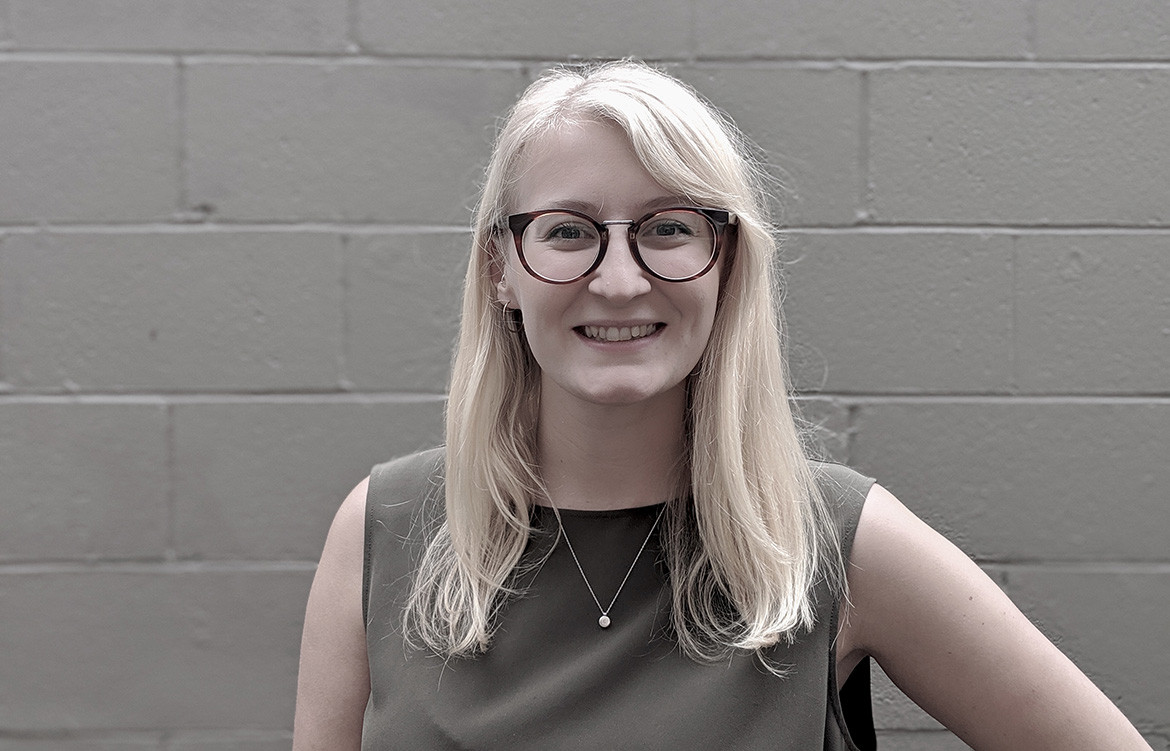 Emma-Kate Wilson is a Sydney-based contemporary art and design writer. Her writing examines current trends in global interior design and architecture; as well as the broader cultural impact of art and design. After moving to Australia in 2013 from the UK, the writer has immersed herself in the visual language of the country — specialising in designers’ and artists’ pursuit of creative practice.
Tags:
Antiques Dave Wheeler Emma-Kate Wilson Enmore College Geoffrey Clark Interior Architect Interior Architecture Phoebe Nicol PopovBass Architects Sydney Tasmin Johnson The Vault UNSW 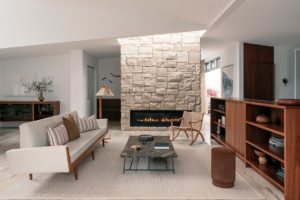 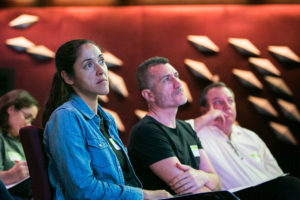 Learning how to build a greener future 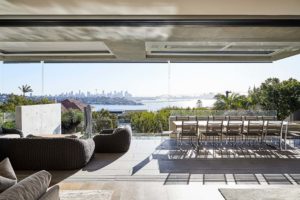 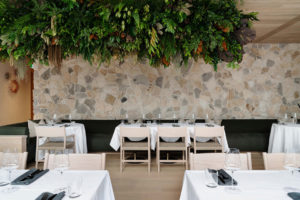 A new player in the Australian hospitality industry