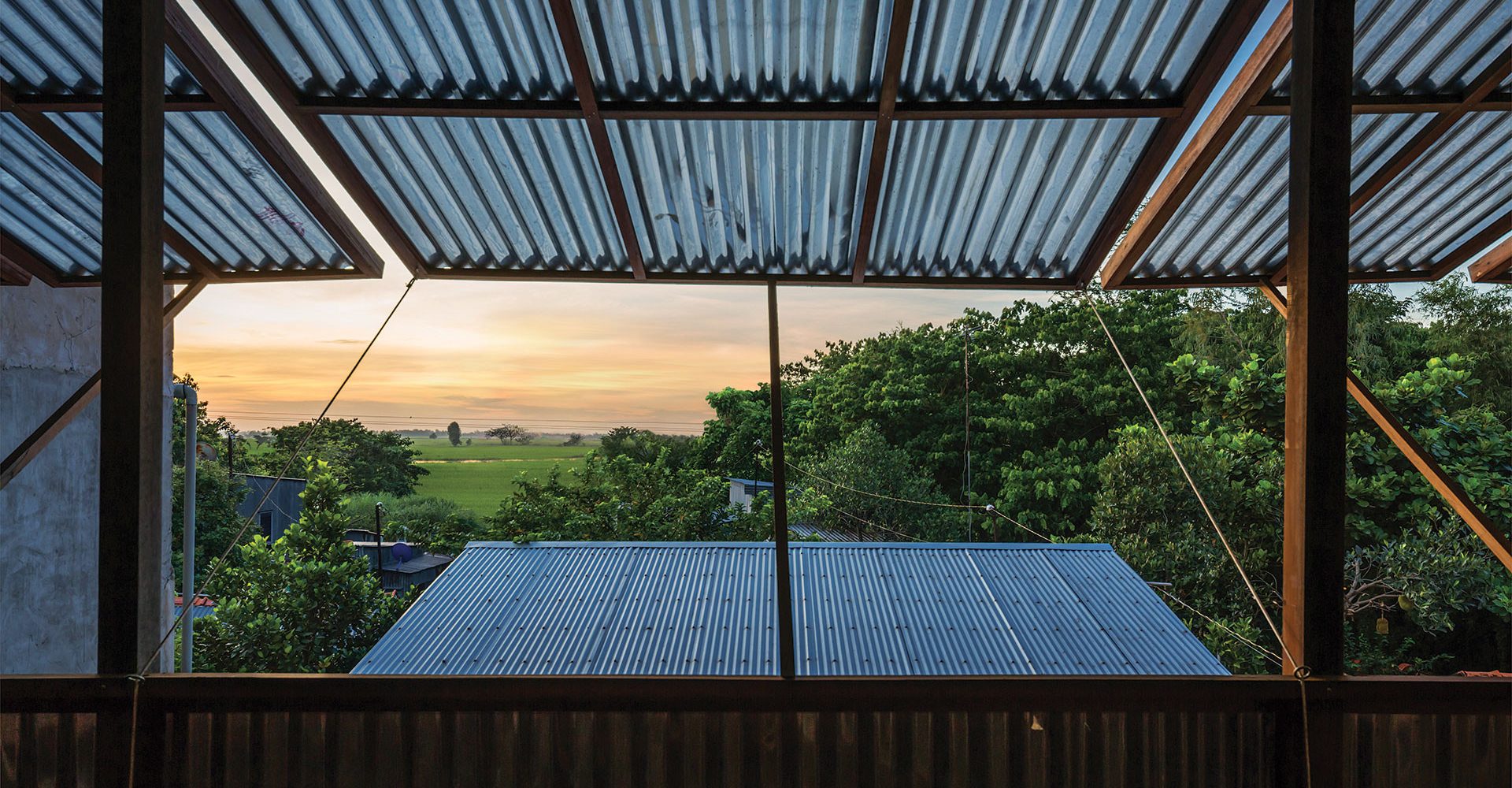 Chau Doc House is located in An Giang province (seven hours journey from Ho Chi Minh City), on the Cambodian border and a block back from the Mekong River. It resonates with a host of contextual issues and, like so much contemporary Vietnamese architecture, it is preoccupied with how a traditional way of life can accommodate the rapid changes taking place in Vietnam.

In this case, the house is a remarkably imaginative response to how it might be possible to accommodate an extended family. At the same time, it set out to preserve the traditional “floor-sitting lifestyle” while also providing the amenity of a contemporary house, including passive responses to climatic issues through natural ventilation, control of sunlight and extensive greenery in and around the house.

The local housing vernacular typically consists of corrugated iron cladding and pitched rooves with the structures raised up on pilotis. The area is flood-prone and previously the house site would be flooded for up to five months of the year. However, new concrete embankments along the river have eliminated the flood issue – albeit creating another problem, namely badly polluted ground levels which previously would have been regularly cleaned out by flooding.

Chau Doc House aims to reflect the local vernacular housing, although to some extent this is an imposed regulatory condition – namely the use of corrugated cladding. Existing height limits were driven by flood conditions, but with the newly dry topography, the architects have been able to create a three-level house within the height restrictions by dropping the ground floor down two metres. This area is now the communal living and dining area for the three families. Rather than a pitched roof, the architects have used a butterfly roof which has the effect of opening the house up to the outside, especially to attractive views out to distant paddy fields.

The pilotis are subtly referenced by the floating timber frame (on concrete columns) of the house. These timber frames create a series of private, but connected, spaces. The balance of privacy and community is also calibrated by the use of moveable partitions rather than fixed, solid walls. The cladding is mandated corrugated iron, which is also used for the kitchen cabinetry.

The architectural language of the house is clearly modern. However, it remains a good neighbour because its lightweight transparency ensures that it does not impose its modern character on its immediate neighbours.

A key feature of its flexibility and adaptability is the use of pivoting, metal-framed, semi-translucent corrugated windows to control the often intense sunlight as well as directing breezes. These pivot both horizontally and vertically, the verticals being an enfilade of almost full-height doors.

The timber frames, timber detailing and extensive use of plants soften what might otherwise be a somewhat industrial building. Private space is achieved by the filigree delicacy of the spatial composition which connects all the spaces – and the interior to the outside – while still creating the required sense of separation.

This is a house which is very much of its place and highly sustainable both culturally and climatically, not to mention in the way it provides a home for three distinct but related families, enabling them to be independent while still enjoying the benefits of communal living. 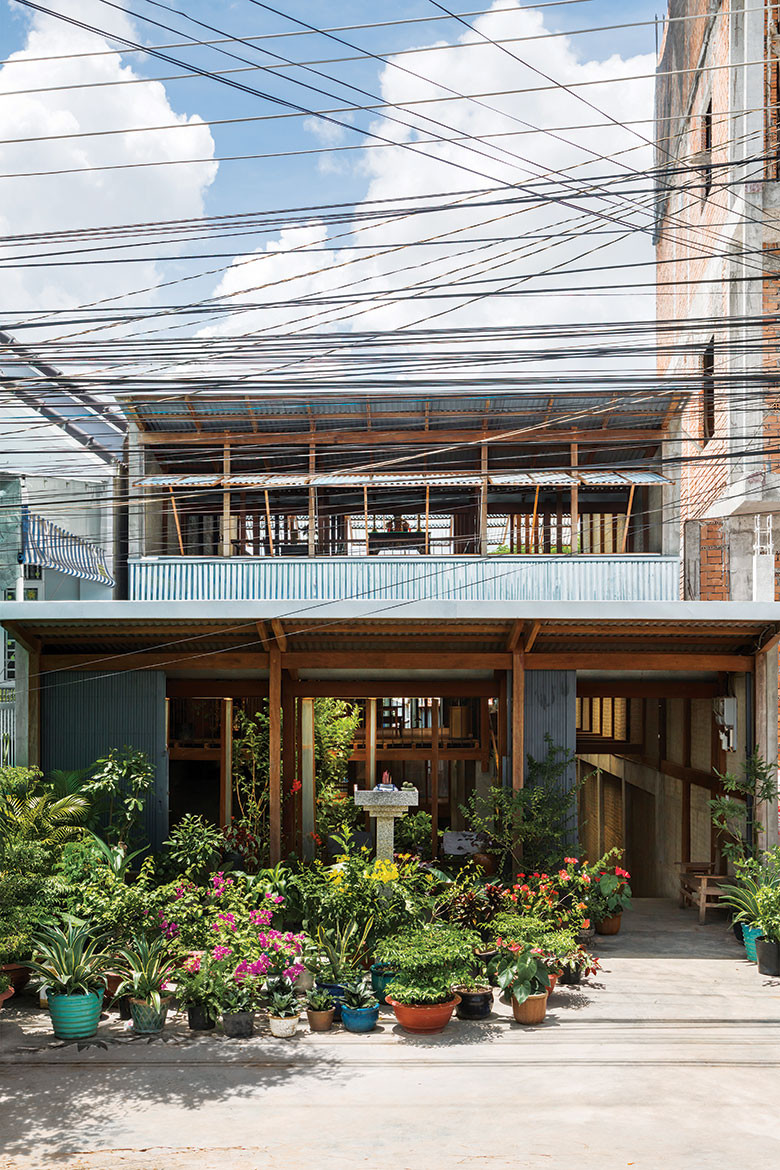 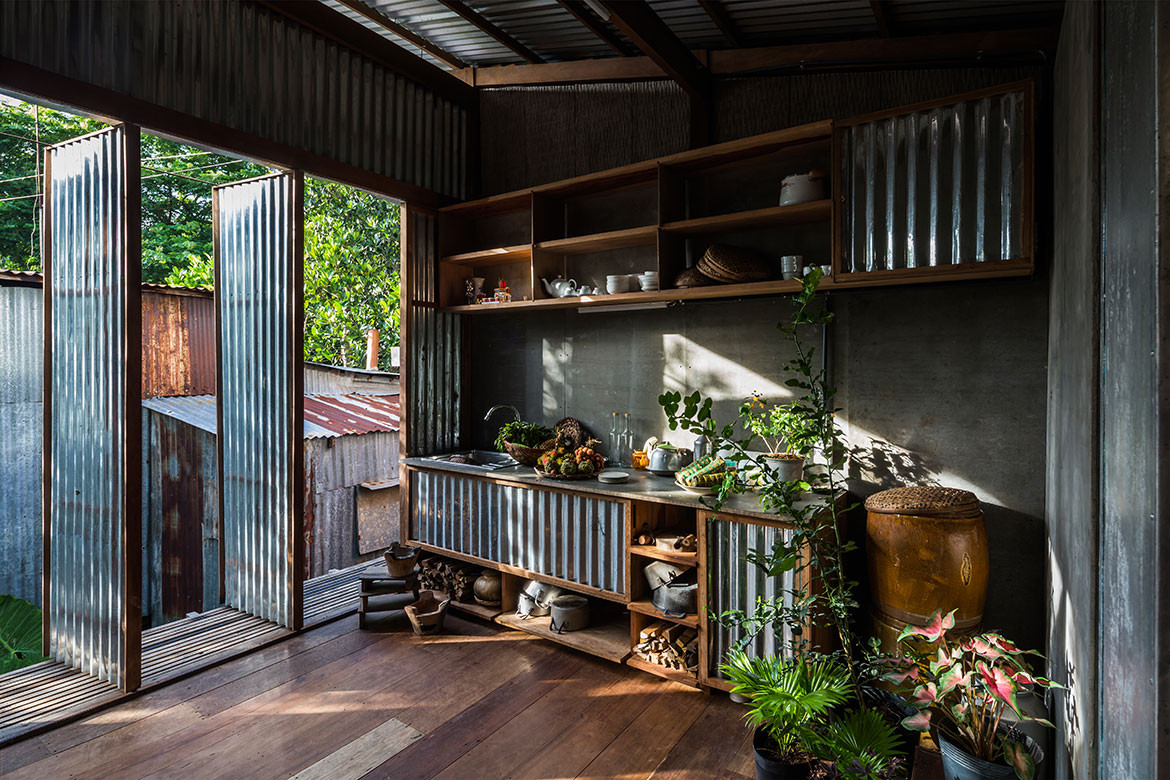 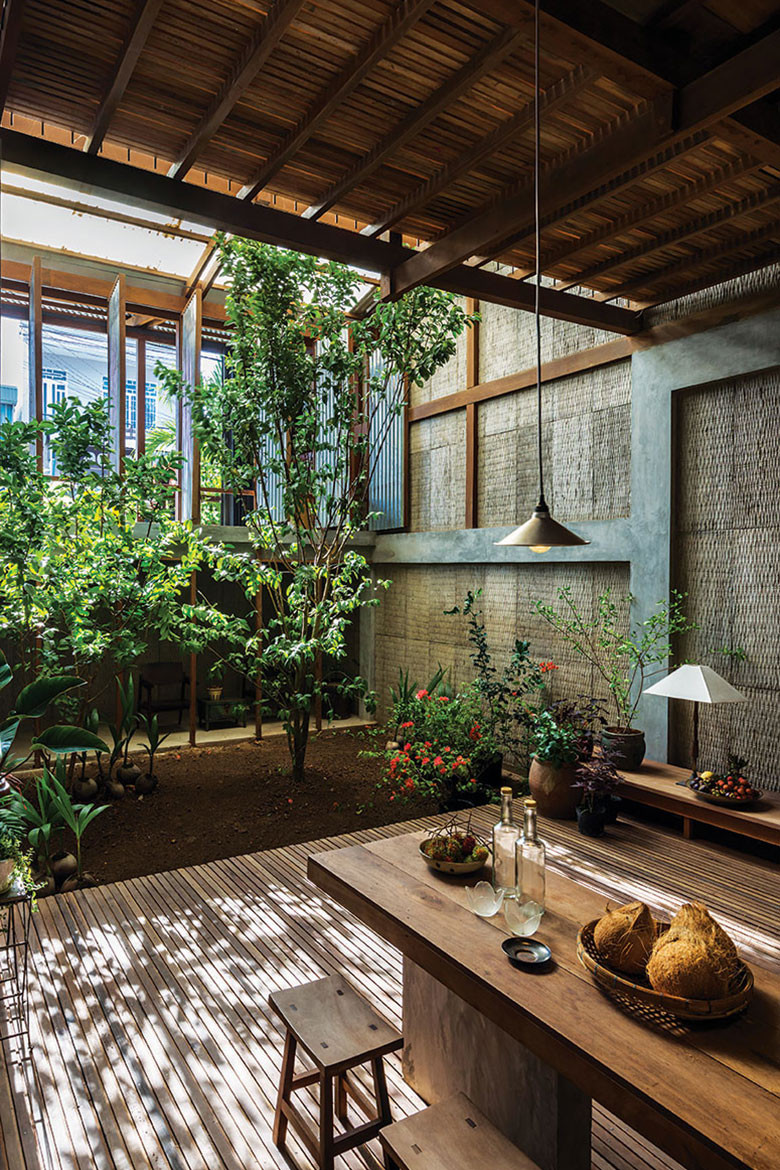 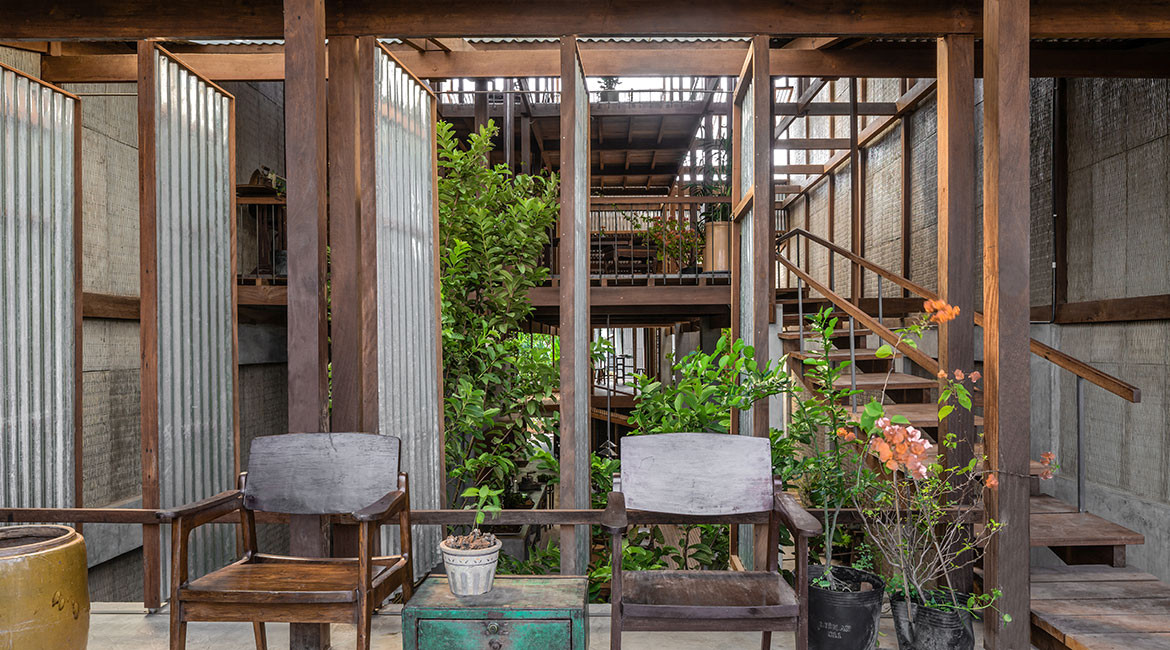 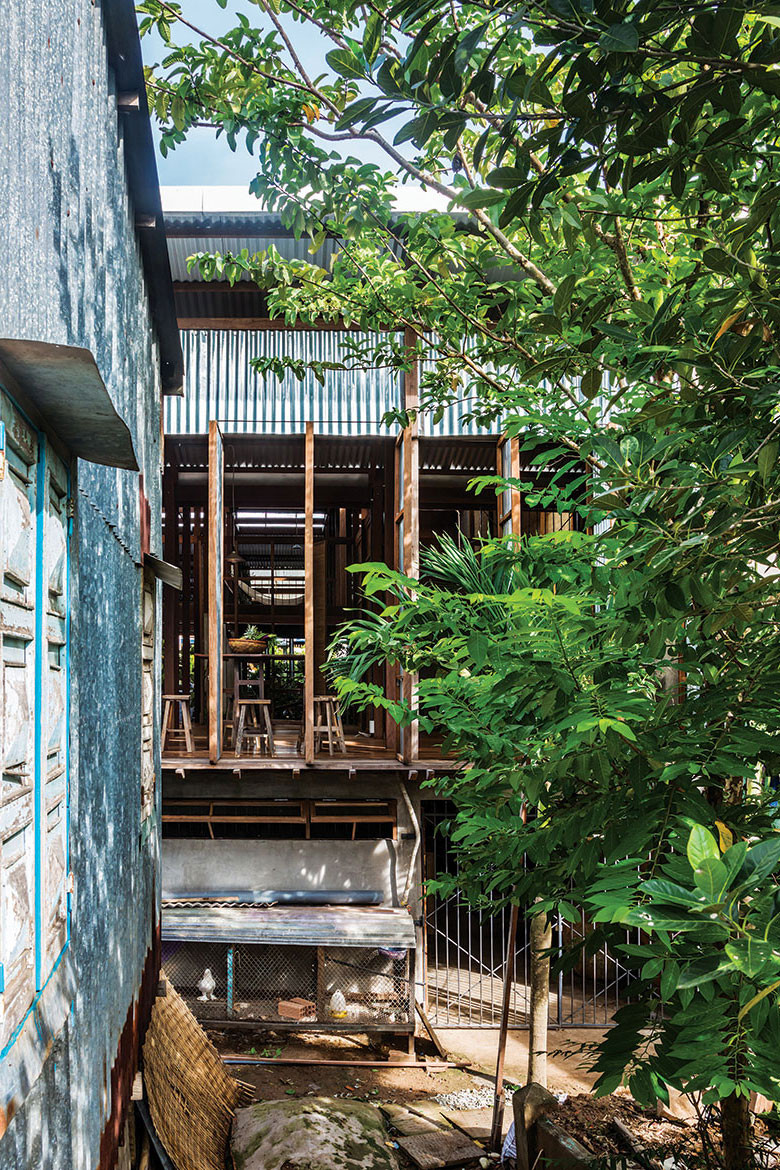 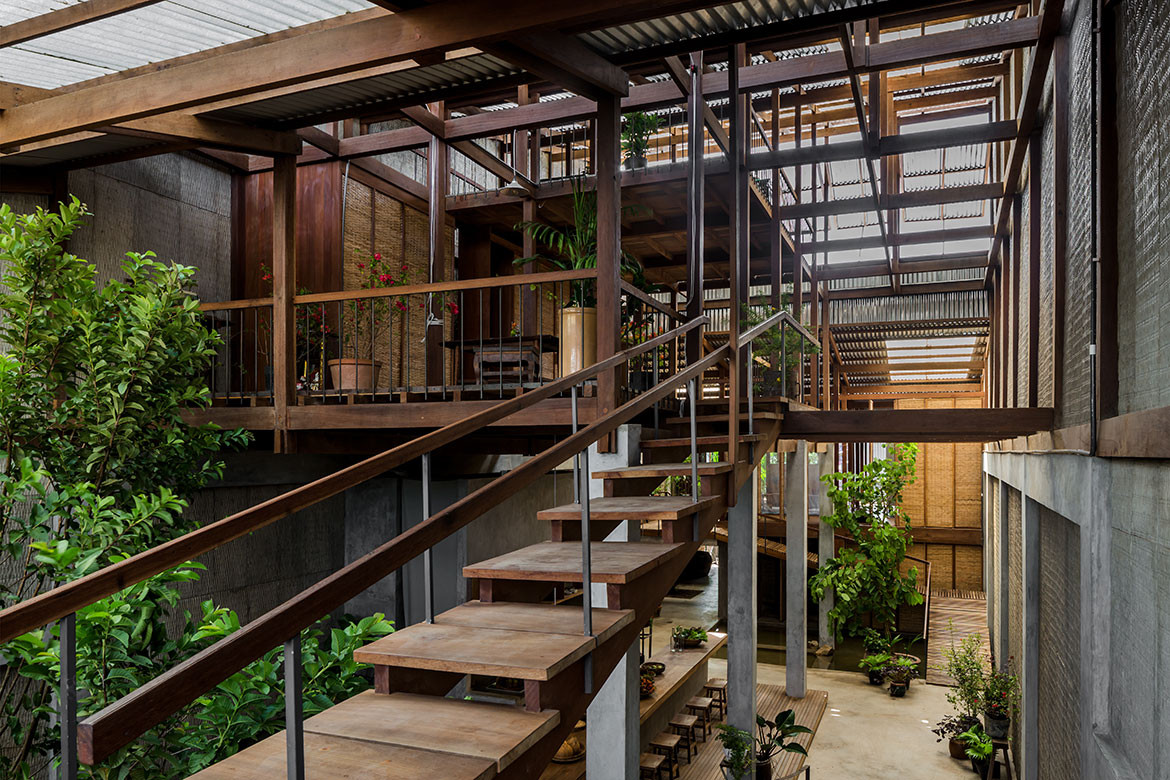 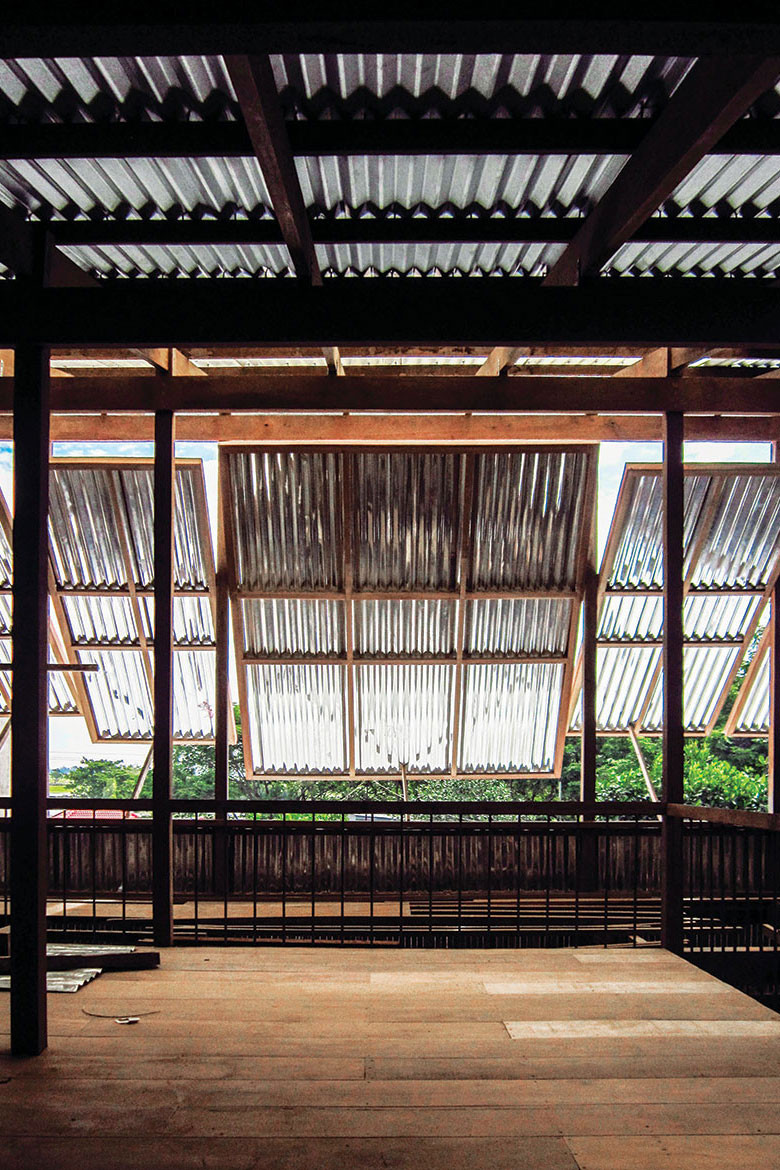 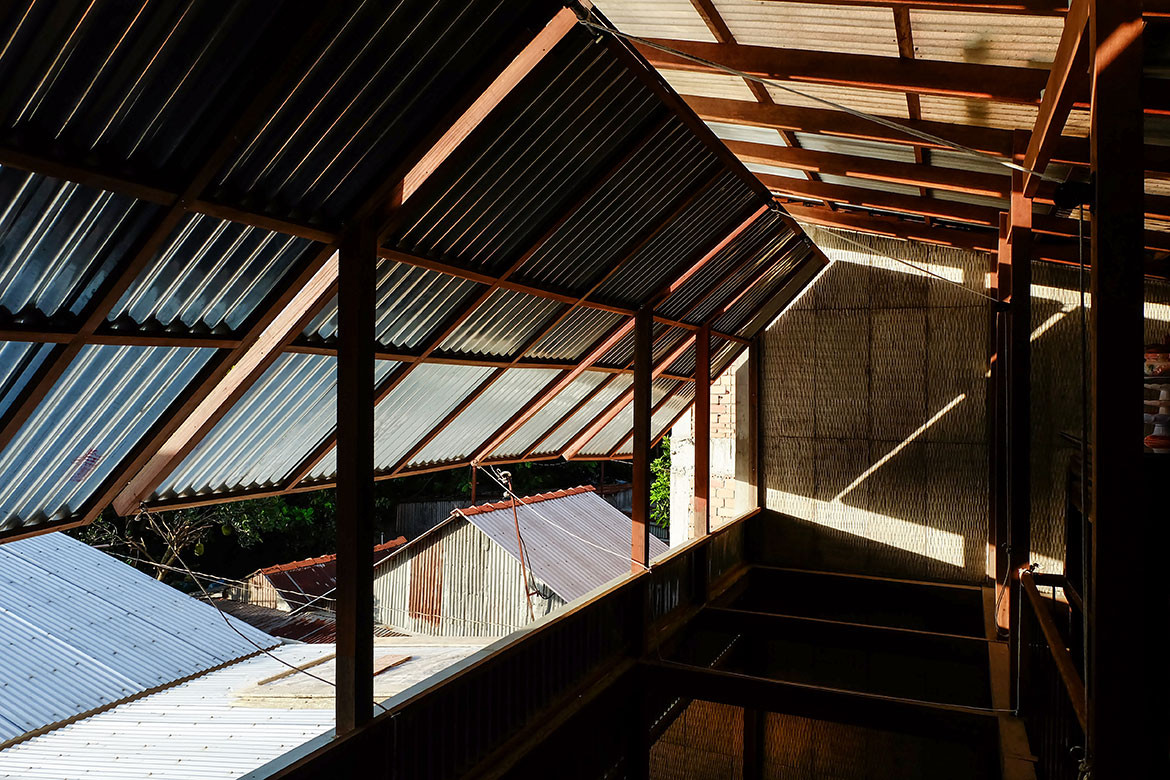 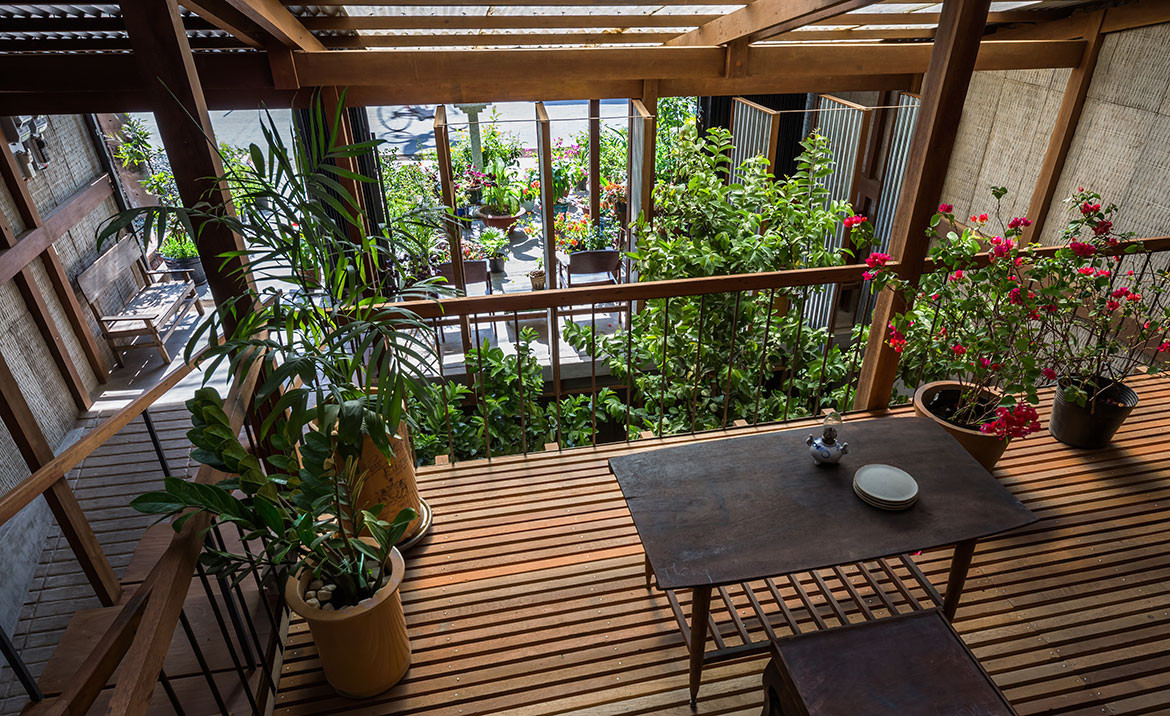 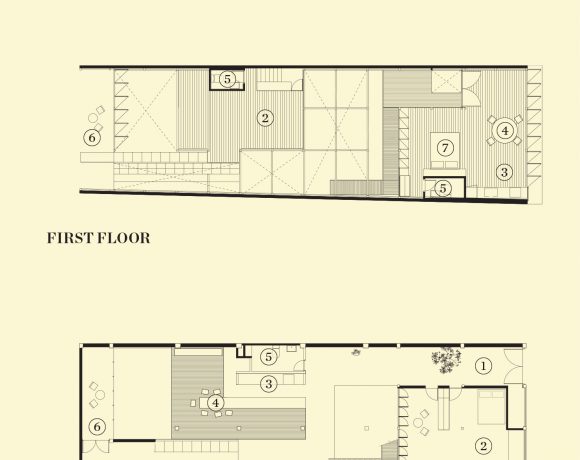