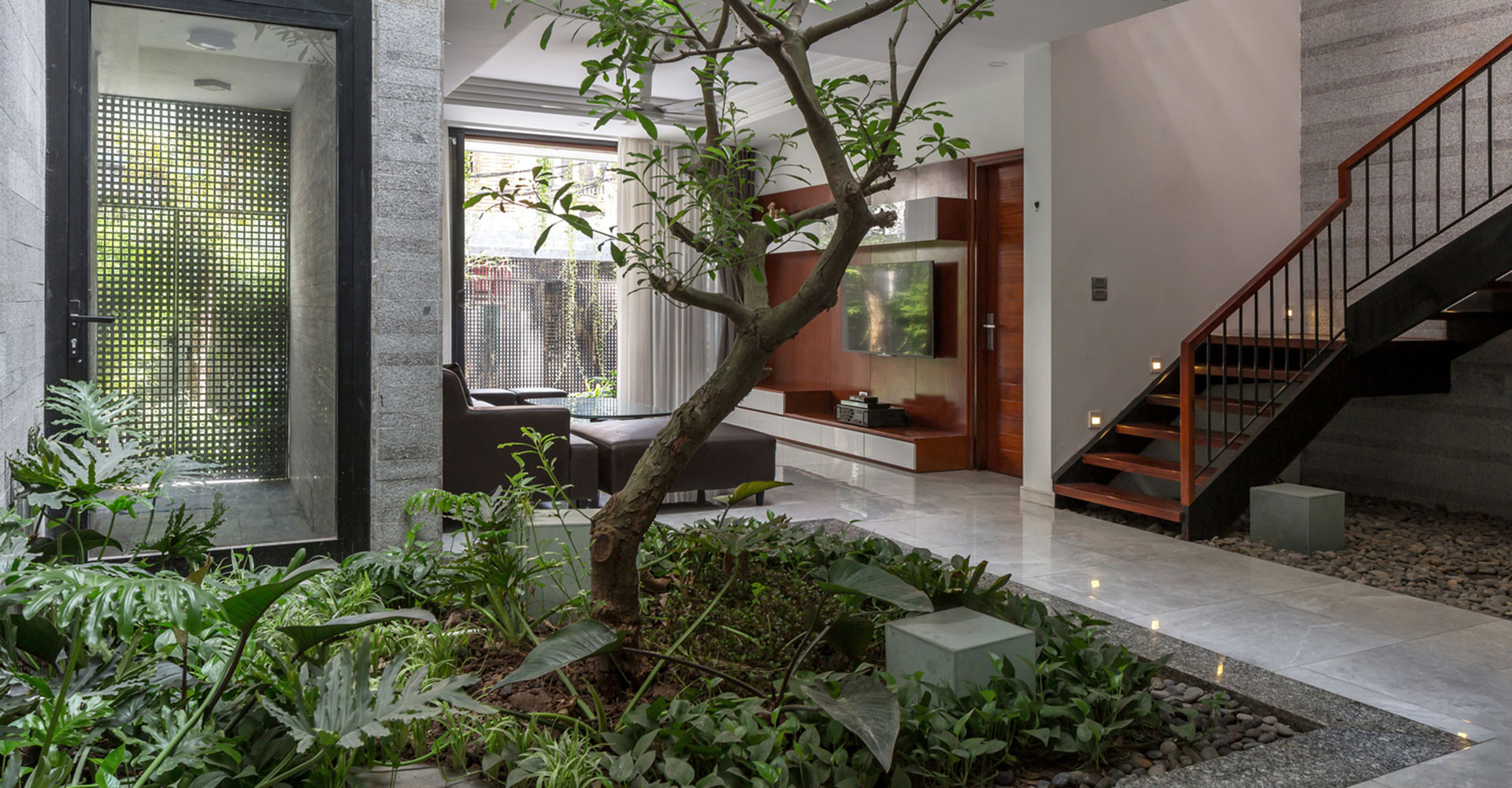 Sustainability is more than just an environmental issue and this house in Vietnam shows how a home can be sustainable in more ways than one.

This house in the northern Vietnamese city of Hanoi is in a dense urban setting where lots of concrete and loss of greenery has created a noisy, polluted heat trap, making lifer especially difficult in the hot and humid summers. The architects have set out set out to create a green oasis within this urban jungle, to create a home which is not just environmentally sustainable, but also culturally and socially sustainable. 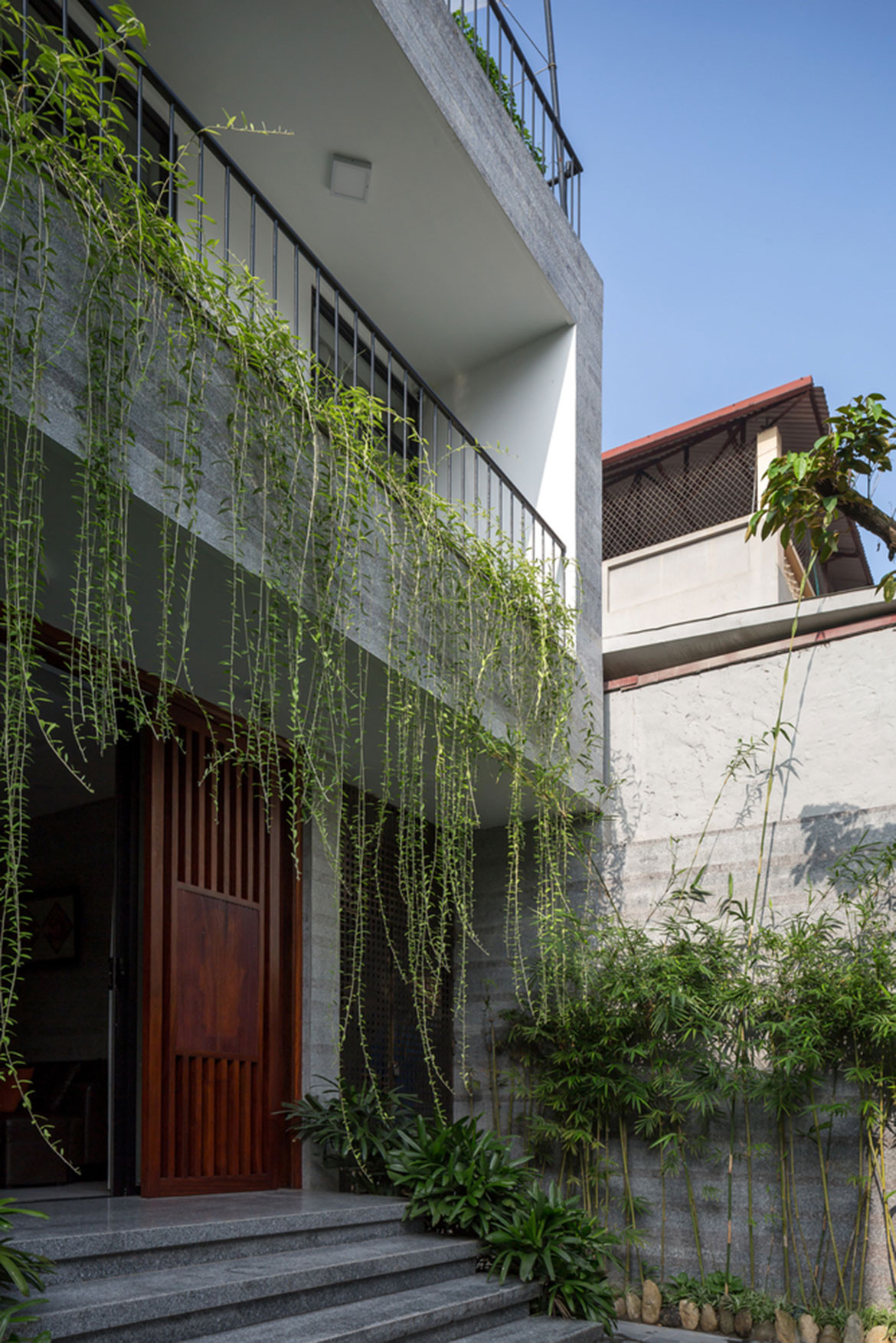 The 178 square metre house is also in a flood-prone area, so it is elevated at ground level above anticipated flood levels. It is on an irregular plot which the architects have exploited to create angled openings for visual variety and air circulation. And from the street the house clearly signals the intent behind its design, with its lush greenery and screen of hanging vines.

The house extends over three levels and, like any multi-generational house, is planned to offer a balance between privacy and community. Hence, with the exception of one bedroom, the ground floor is the communal area with a free plan of living, dining and kitchen, an extending backyard and three voids which act as garden courts, doubling as wind chimneys providing natural ventilation throughout the house.

The second level is the private domain and main bedroom area while the third level provides storage and an altar room. But the third level is only partly enclosed. The remainder forms an open roof garden. For the grandparents, who come from a farming background, this provides a sense of continuity and guards against any sense of alienation in an urban setting. The garden is also a source of fresh herbs and vegetables for the extended family. 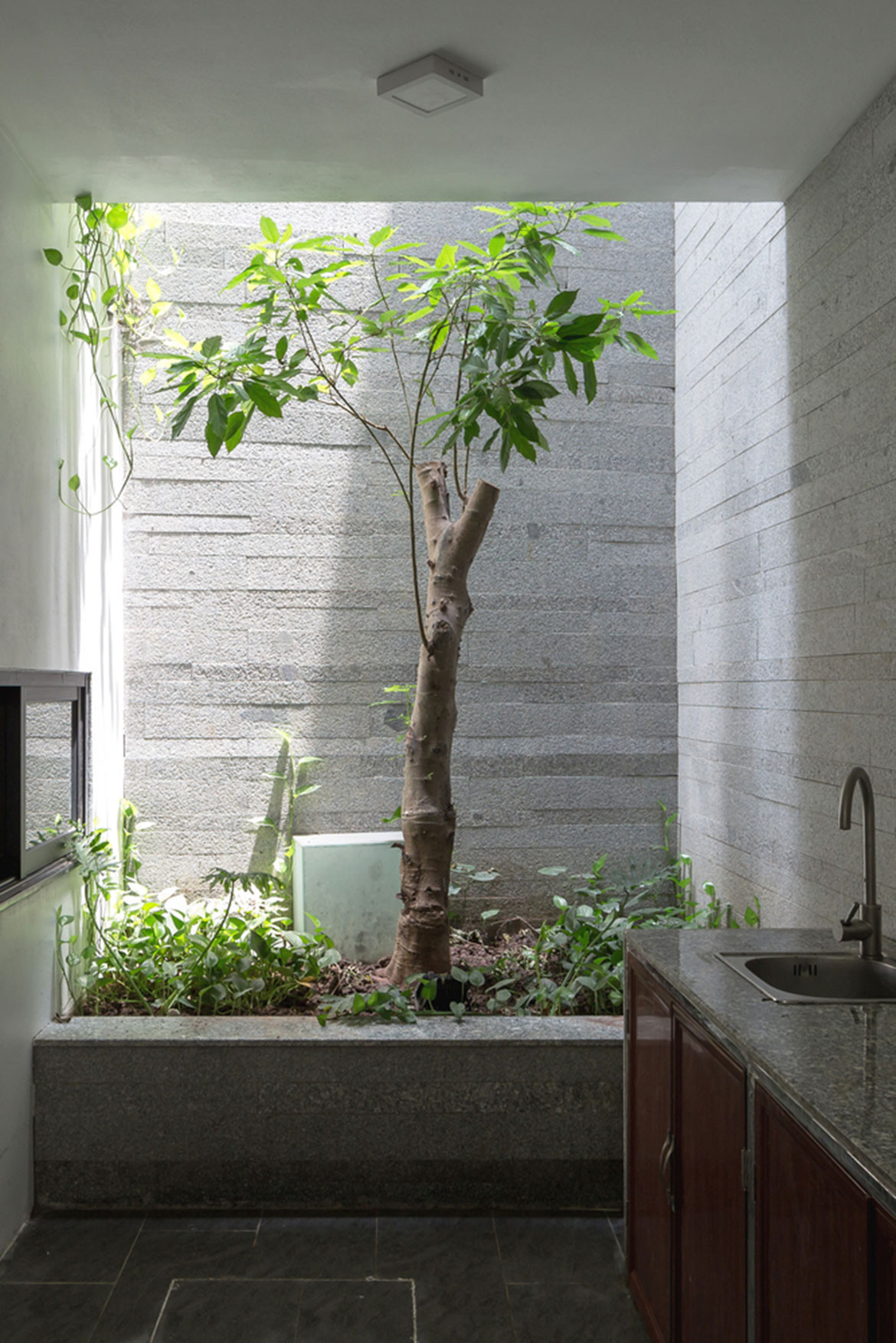 The house is oriented towards the east, allowing it to catch breezes in summer. However, this also makes it relatively cold in winter, so the openings need to be closeable. Still, the facade is designed to draw fresh air in and up through the entire building. At the same time, the greenery, which is both a skin for the building and its lungs, not only mitigates heat from the sun, but also counters air pollution and street noise.

There is a high degree of connectivity throughout the house, especially on the ground floor. But this connectivity is not so much with the urban outside but with an inner world. The house has its own natural landscape with internal spaces blending with the garden courts and their trees which reach up to the second level. Spaces flow into one another and out to the courts creating a relaxed and surprisingly spacious ambience for a house which is actually on quite a small plot. 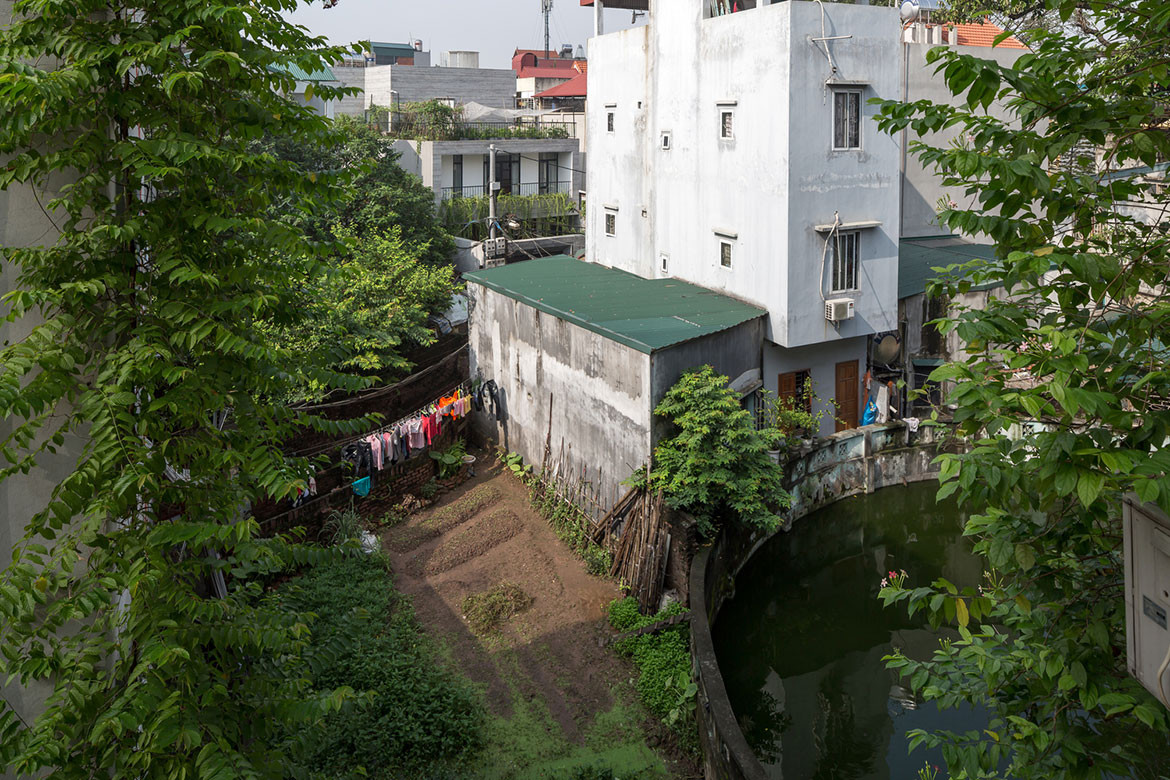 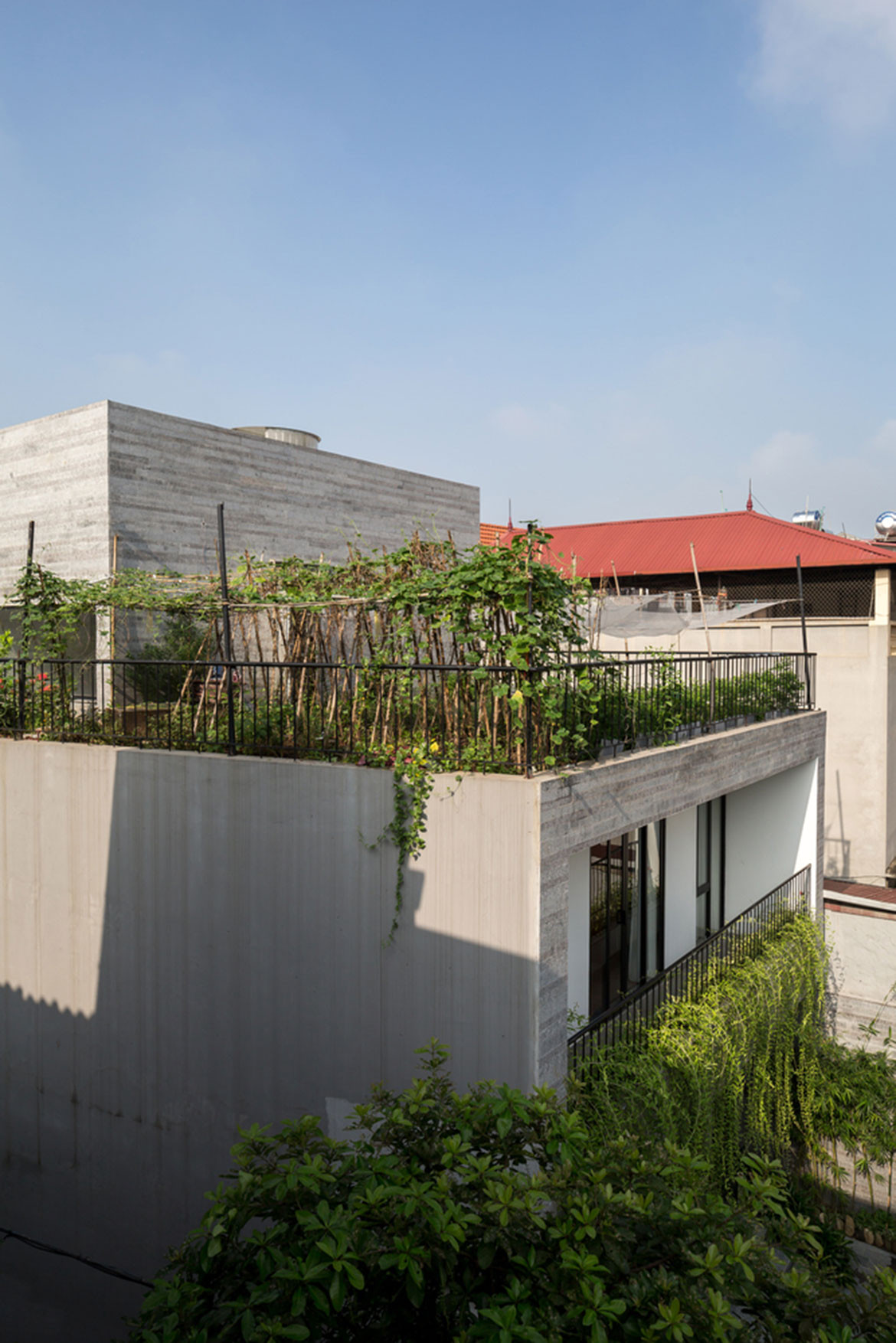 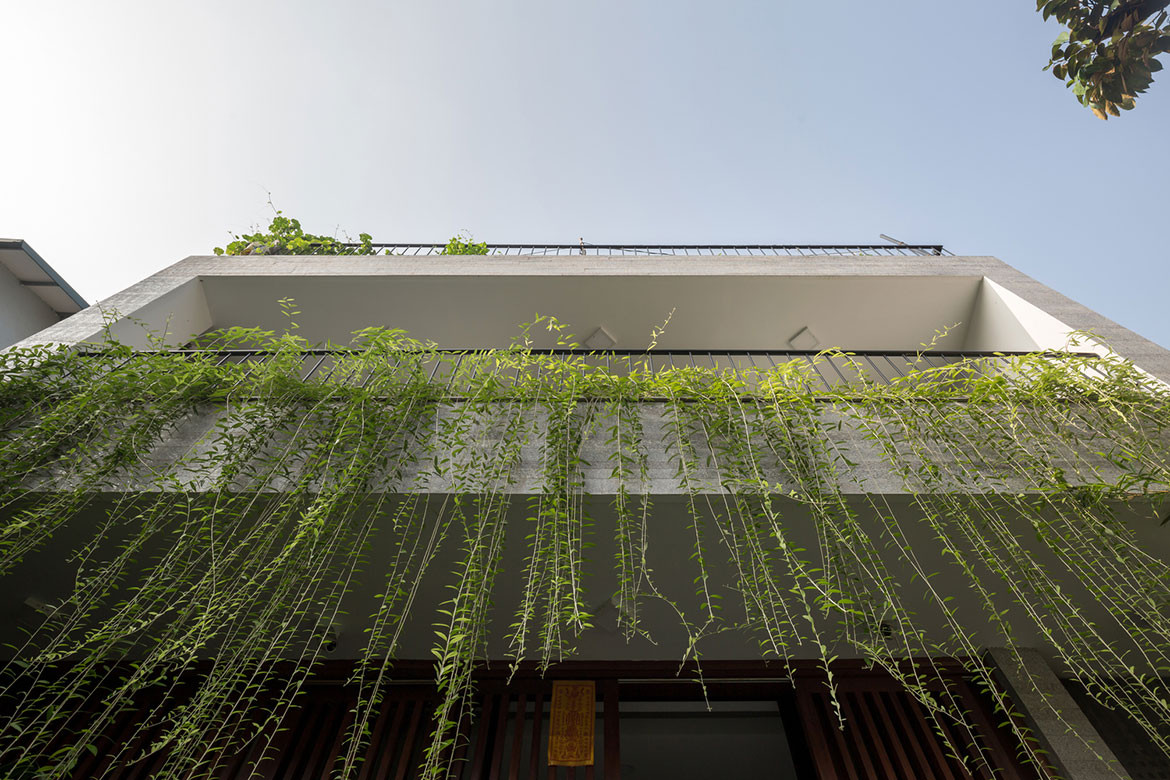 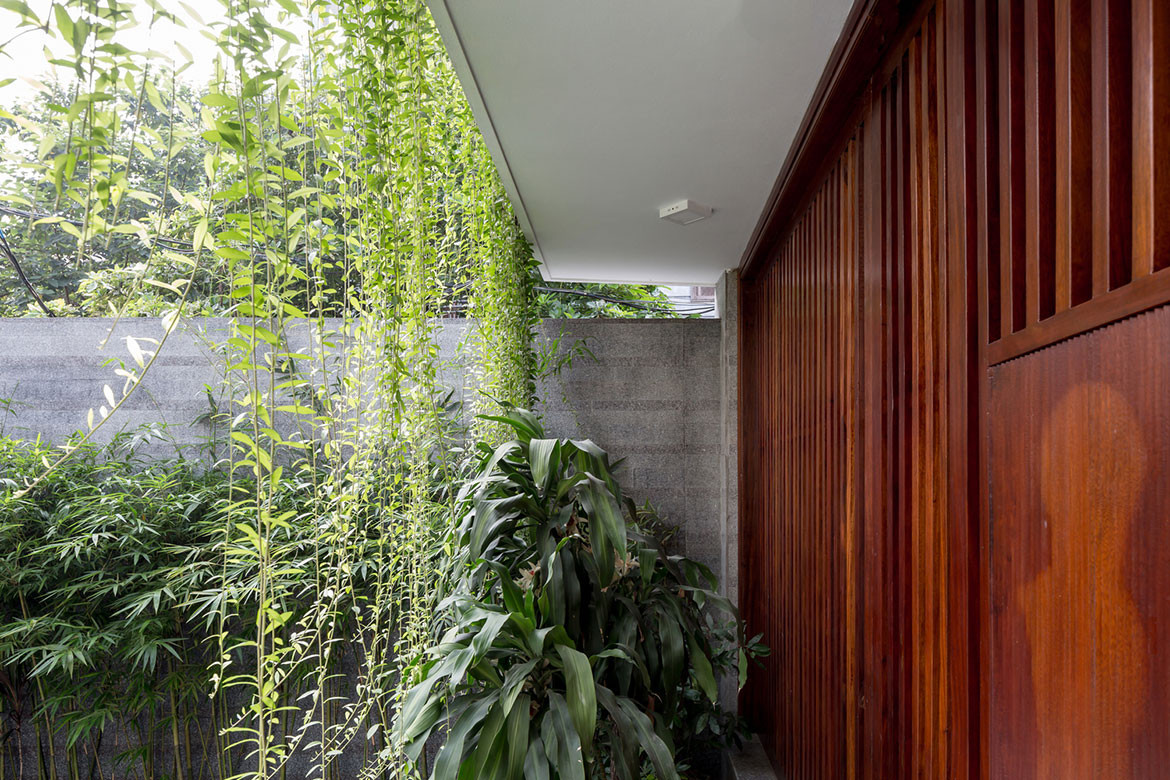 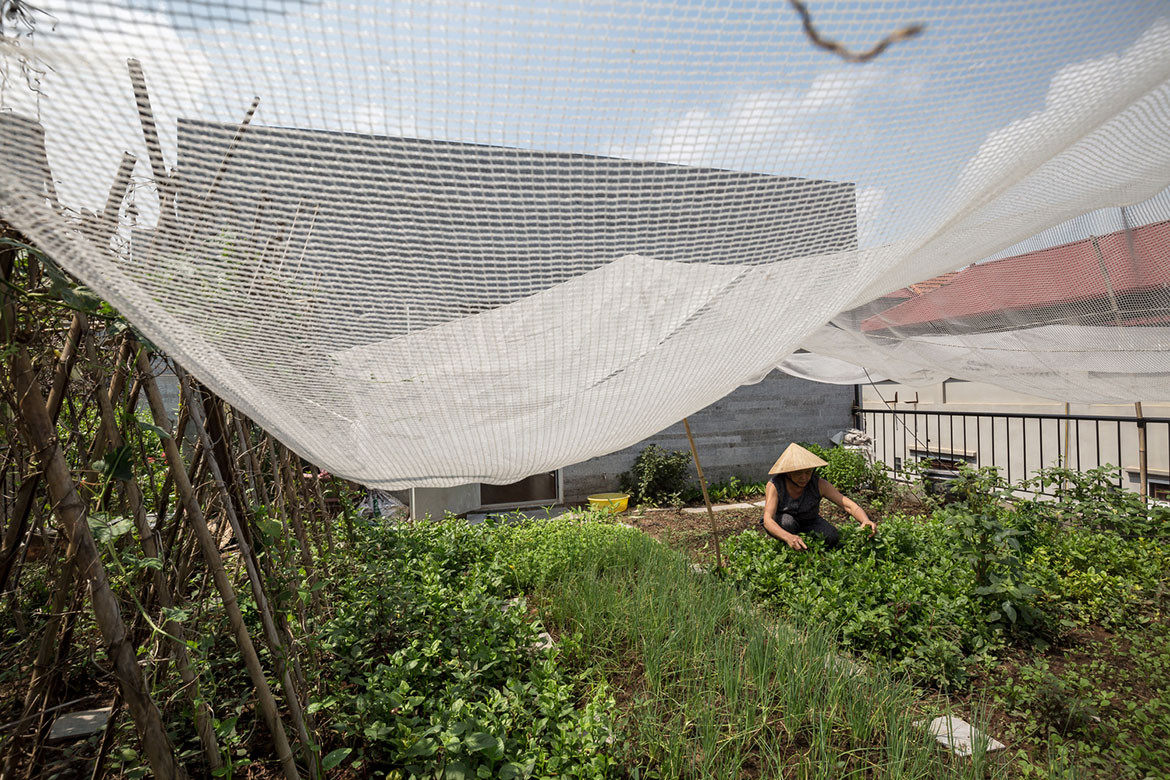 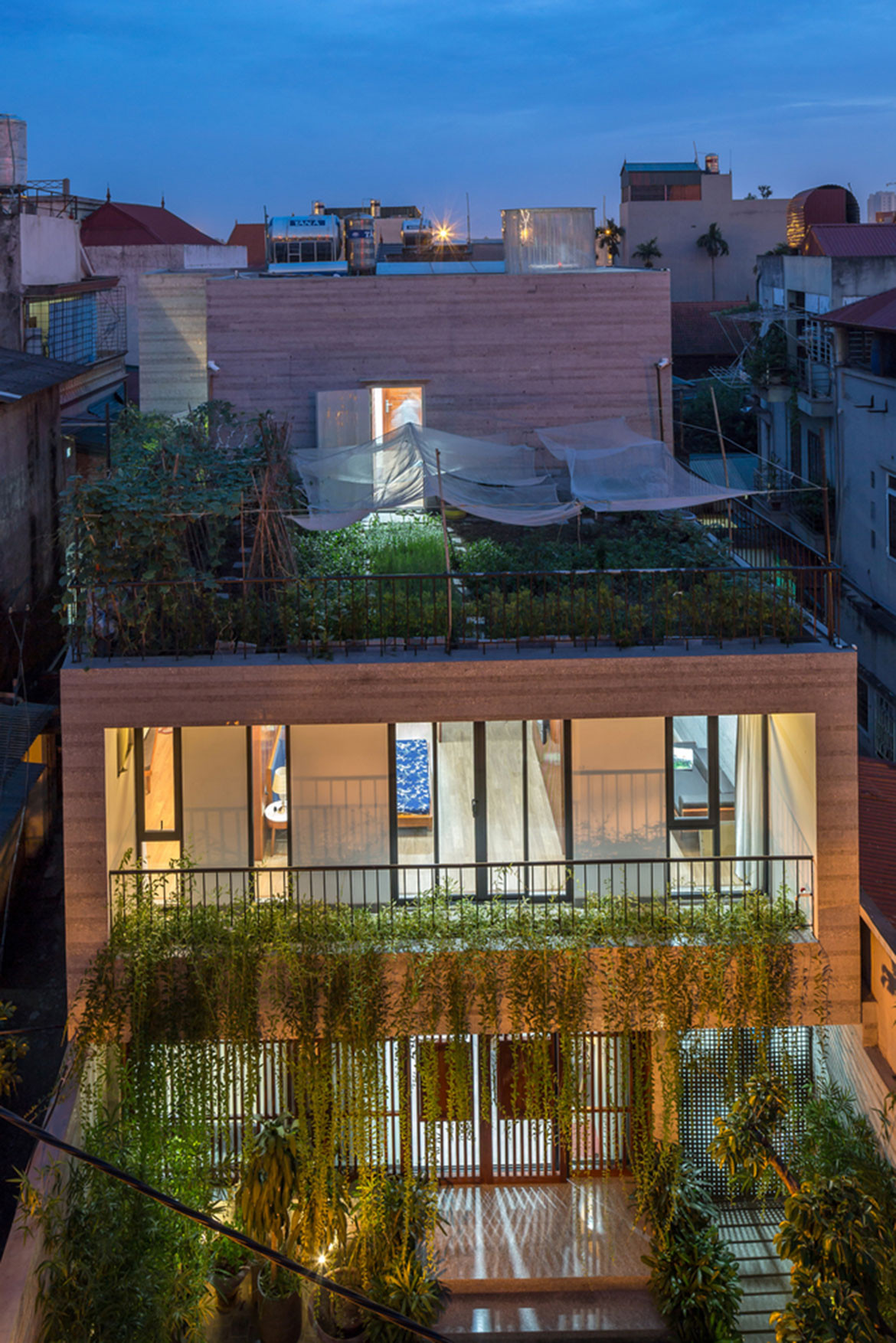 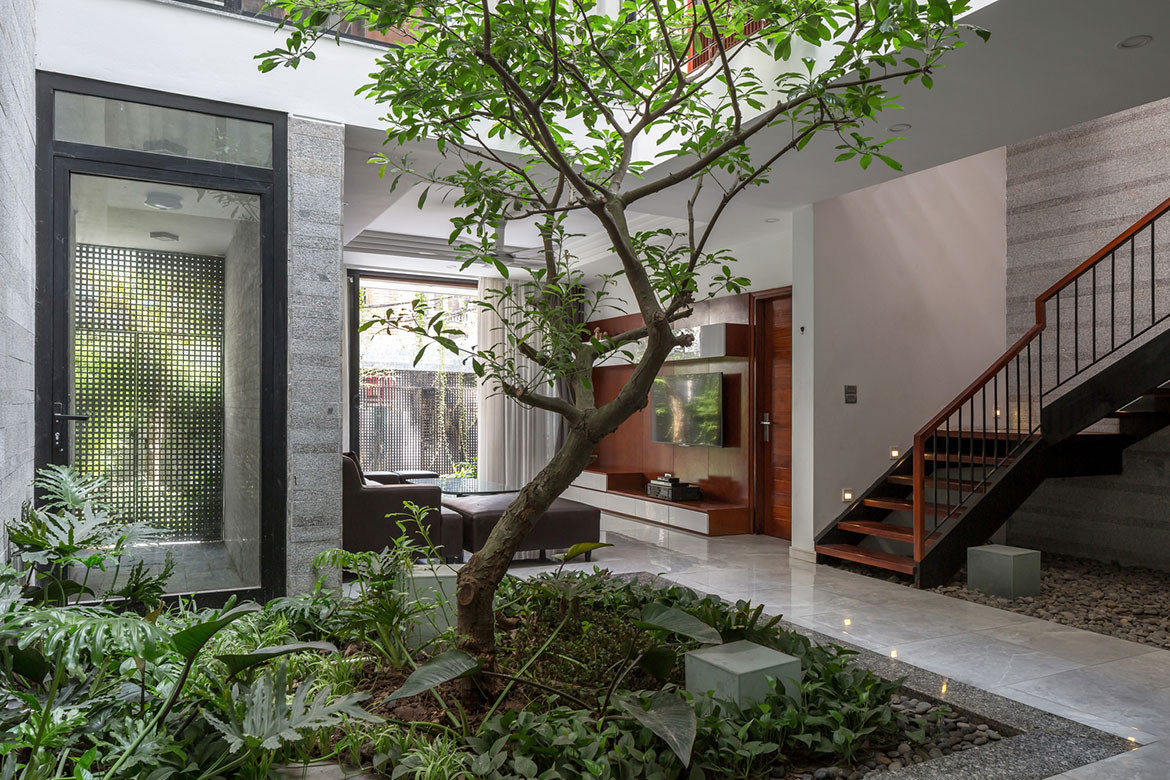 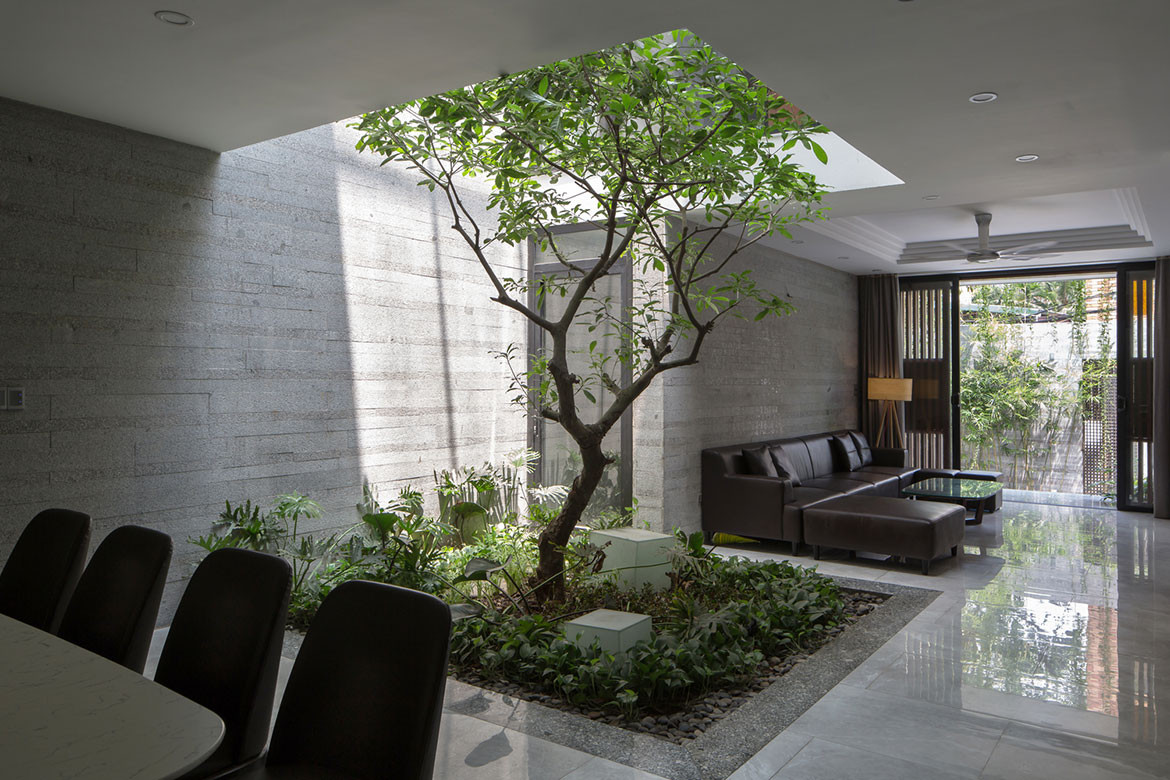 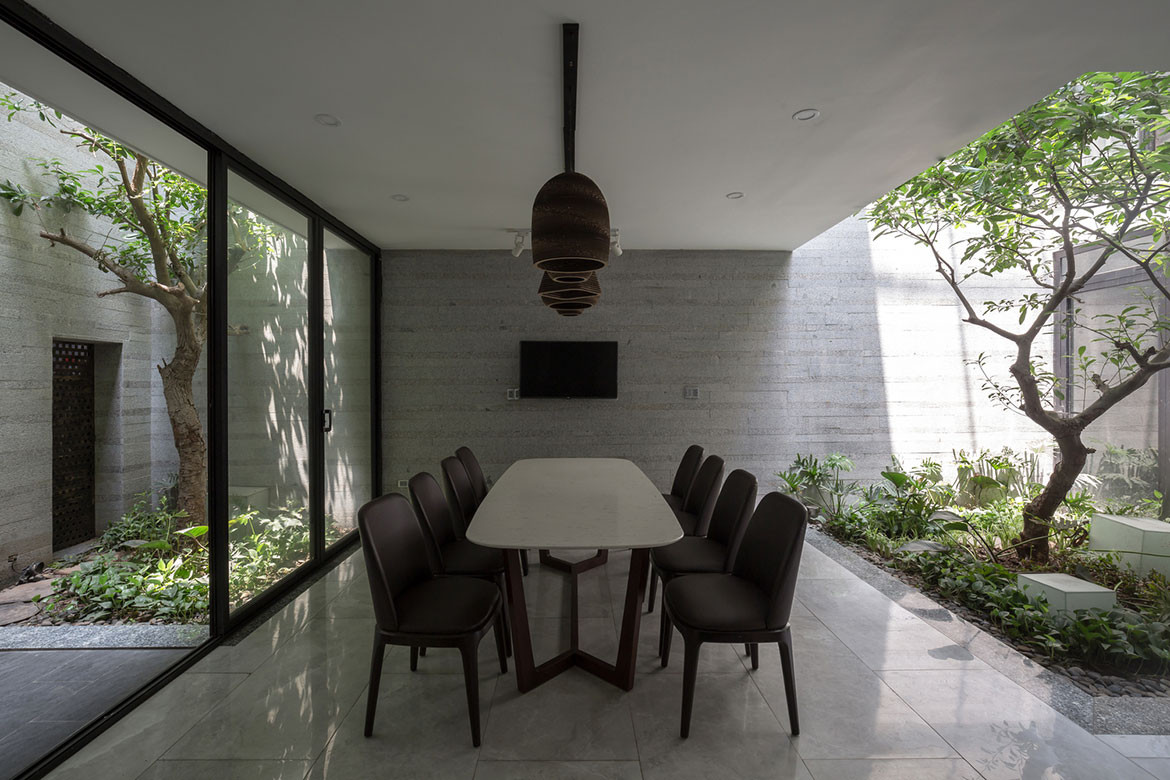 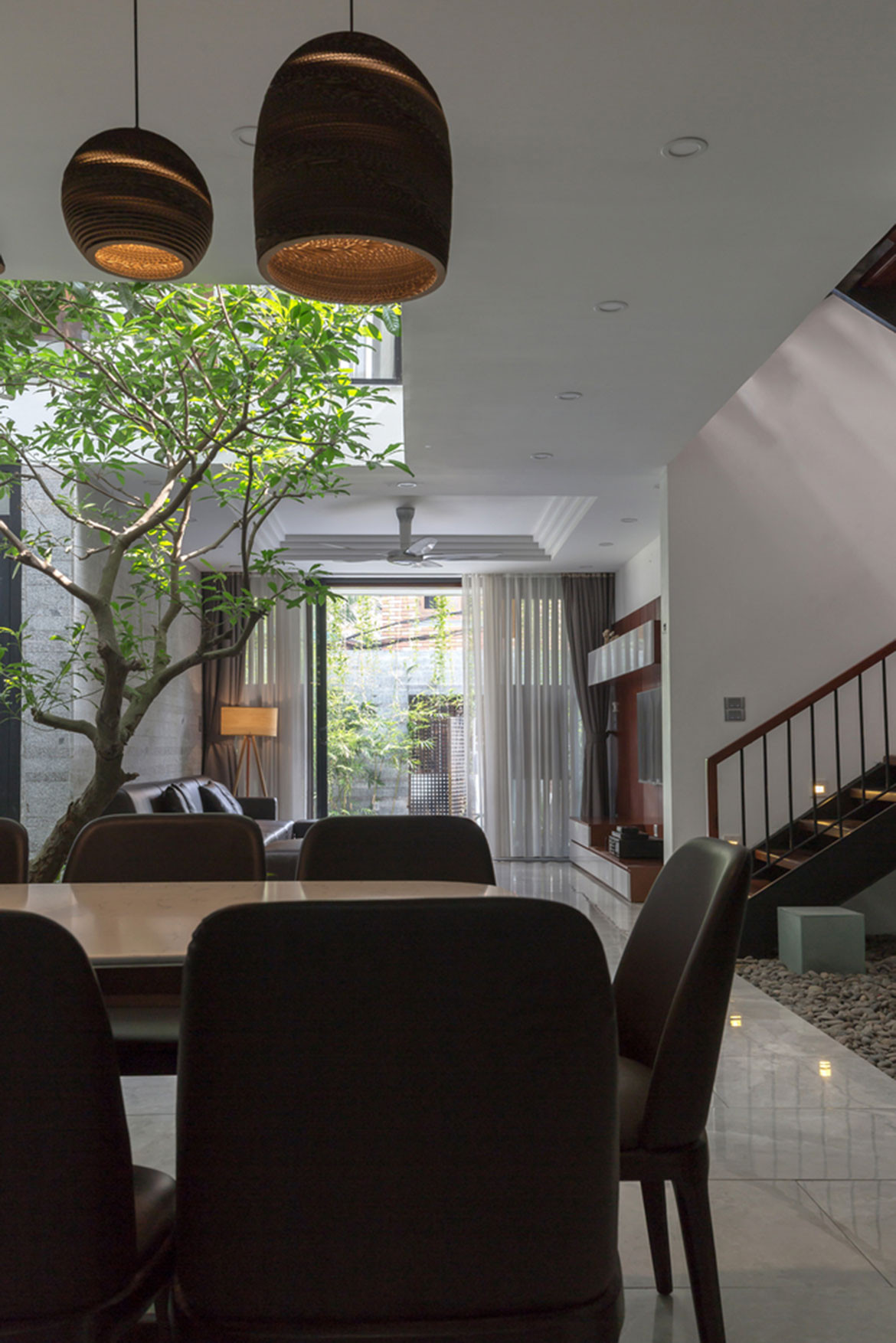 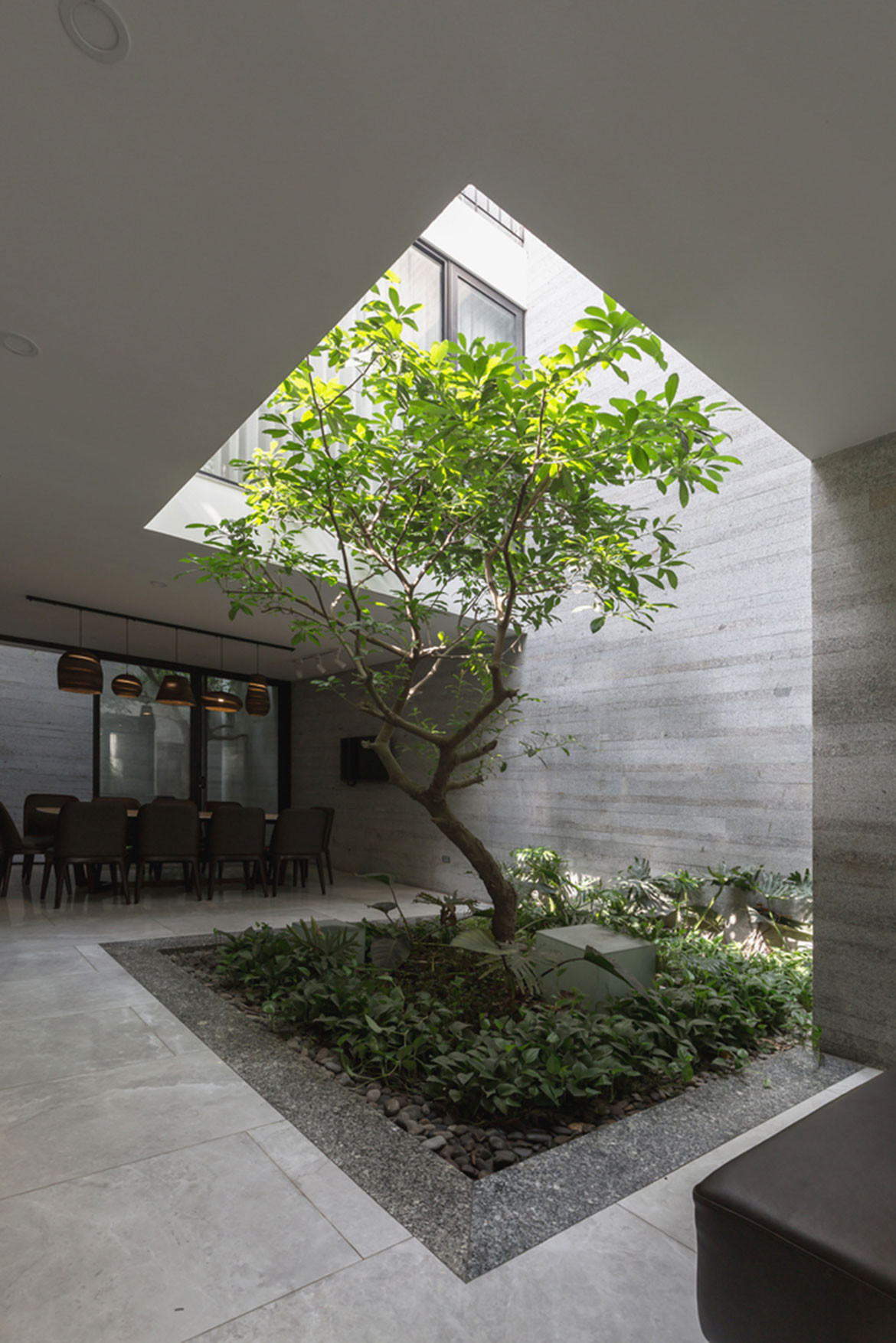 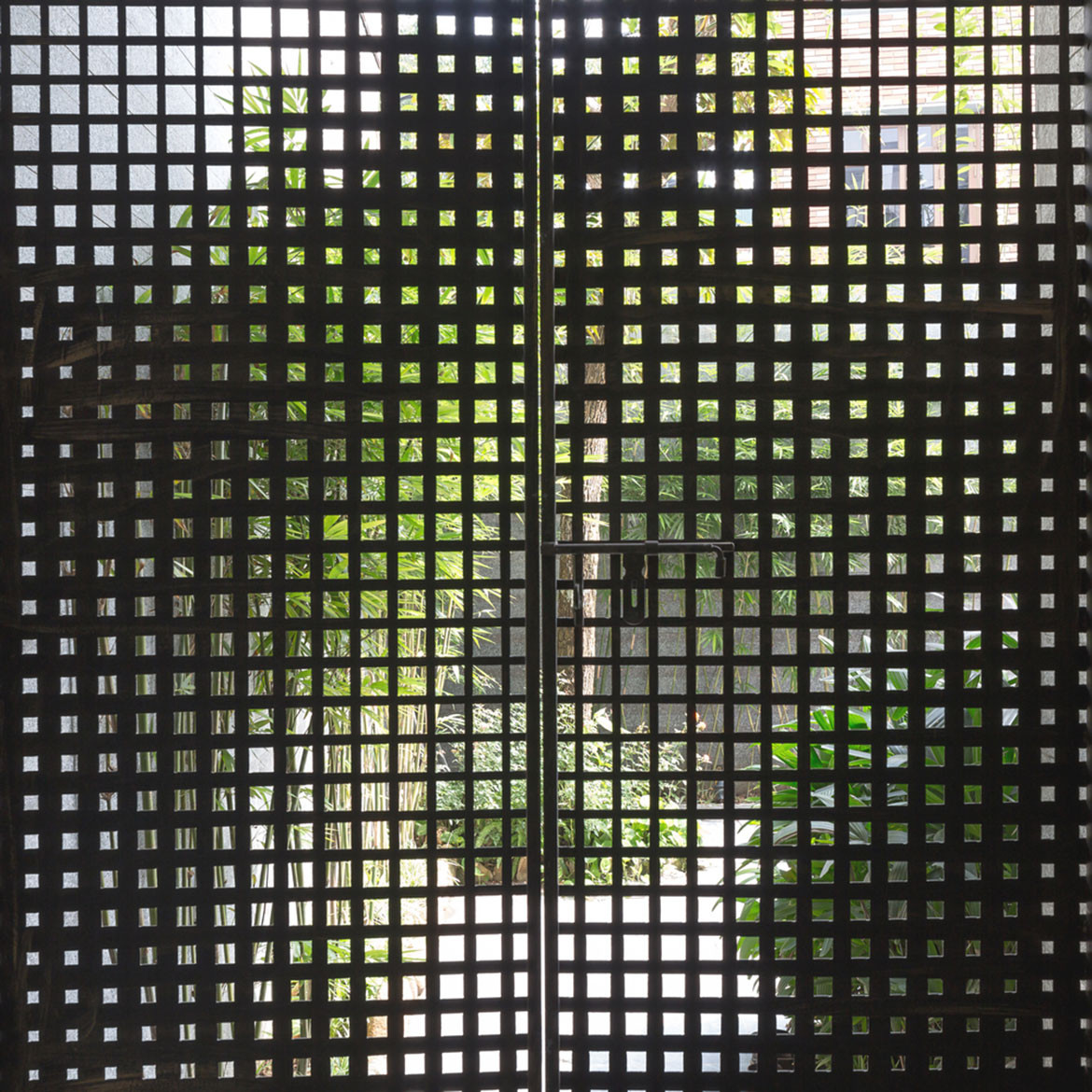 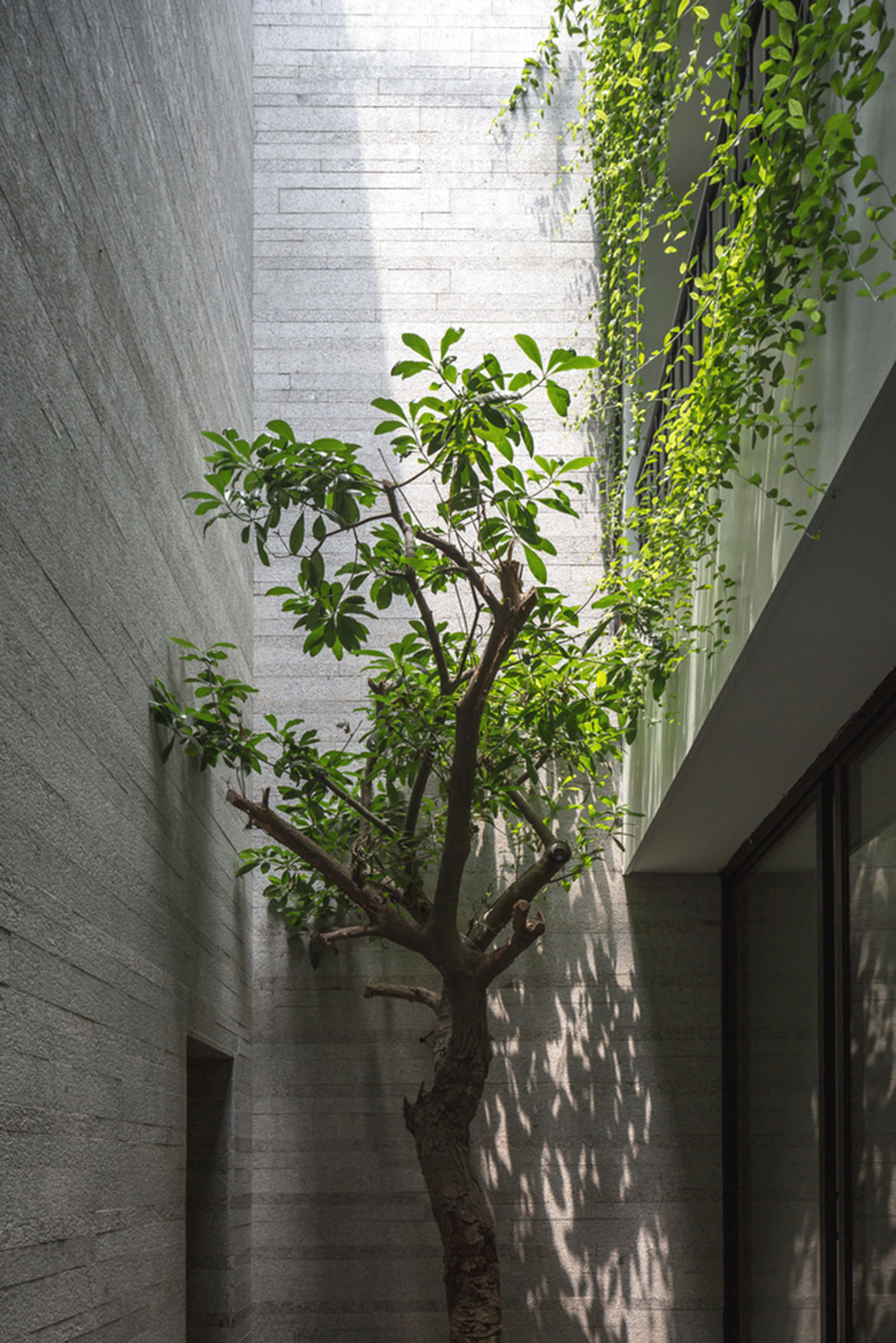 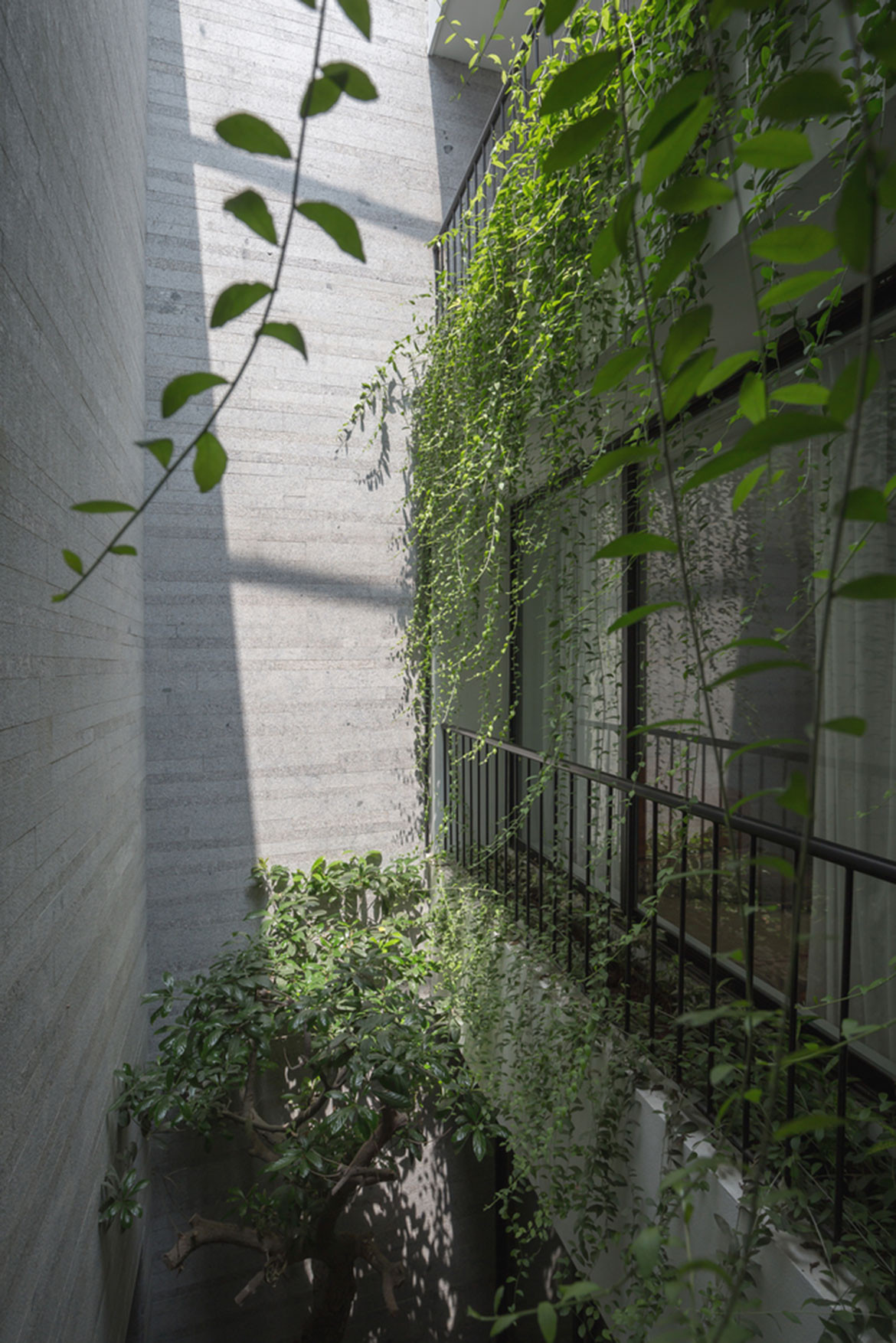 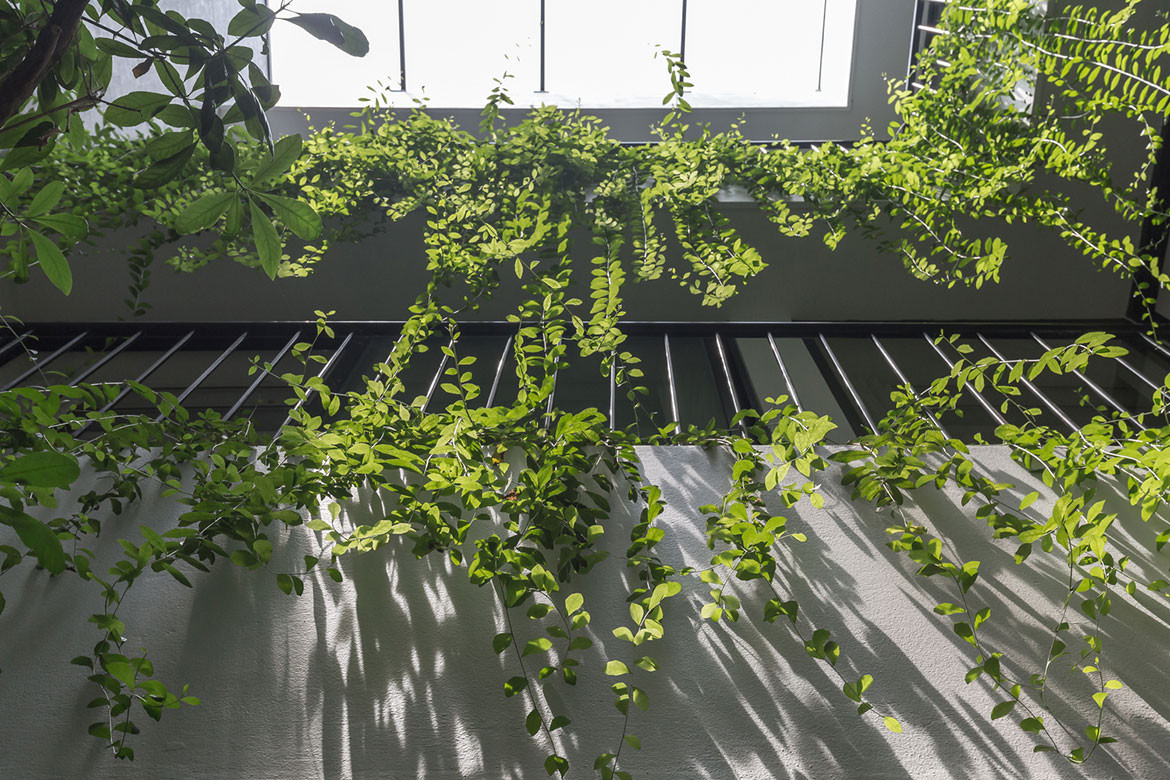 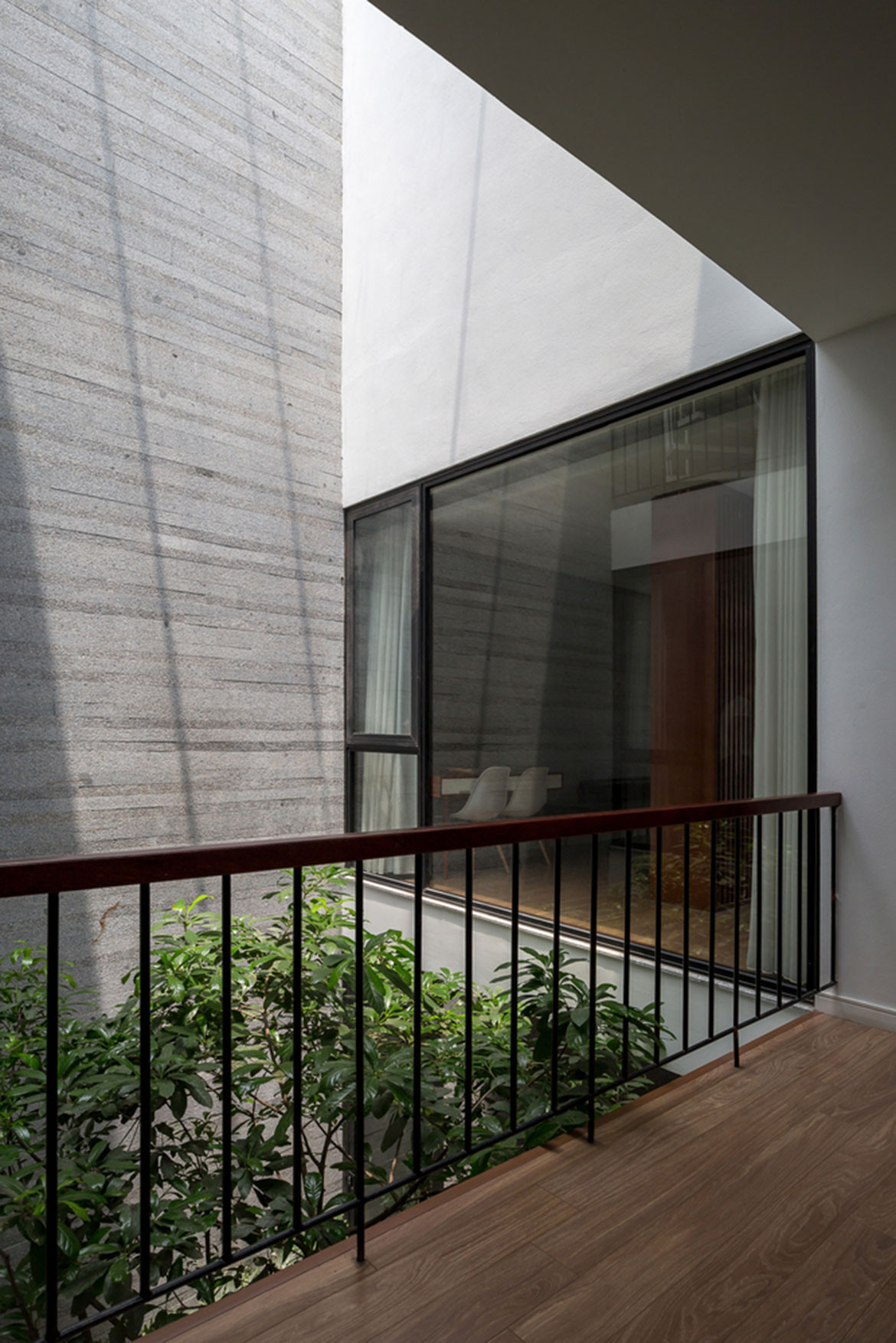 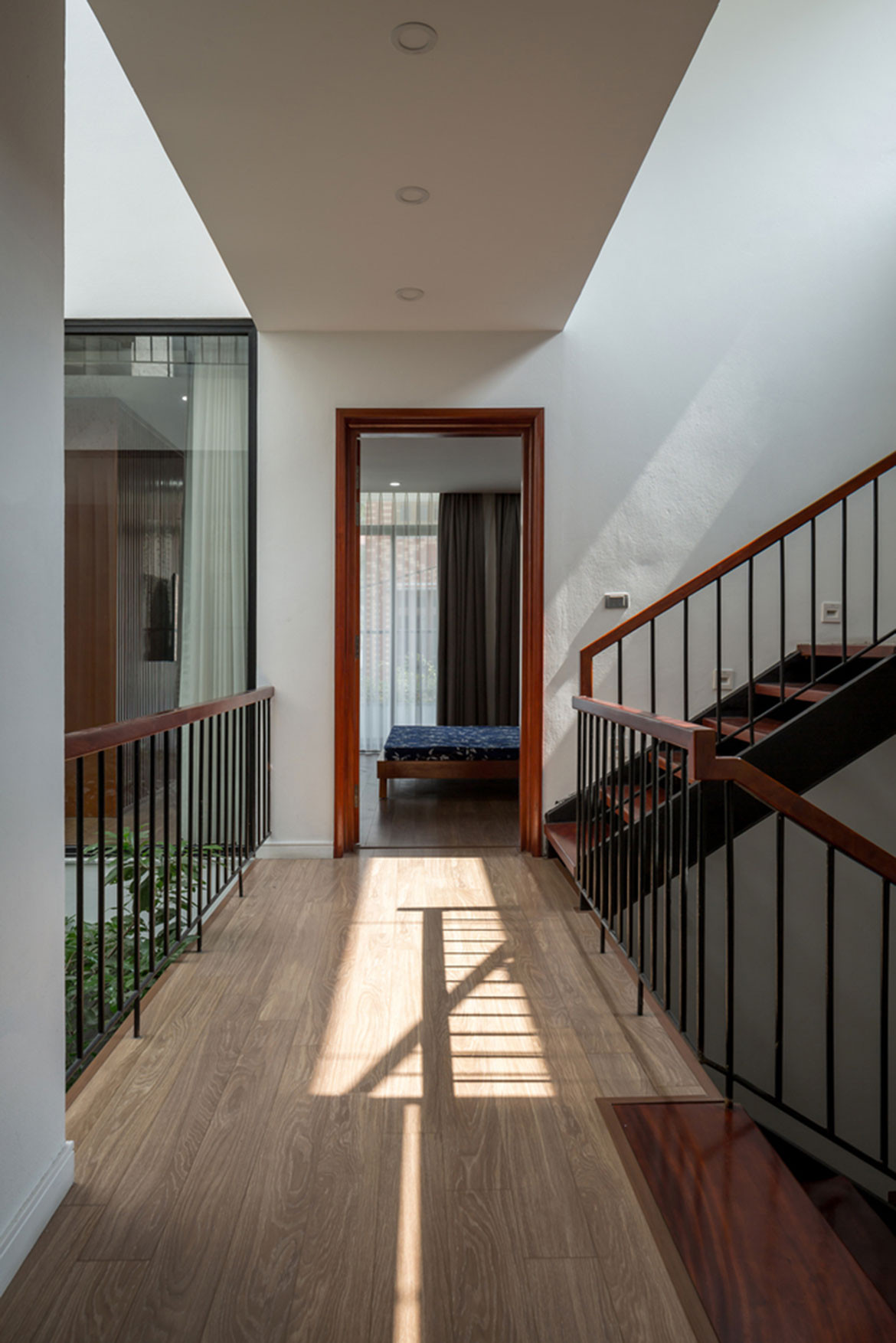 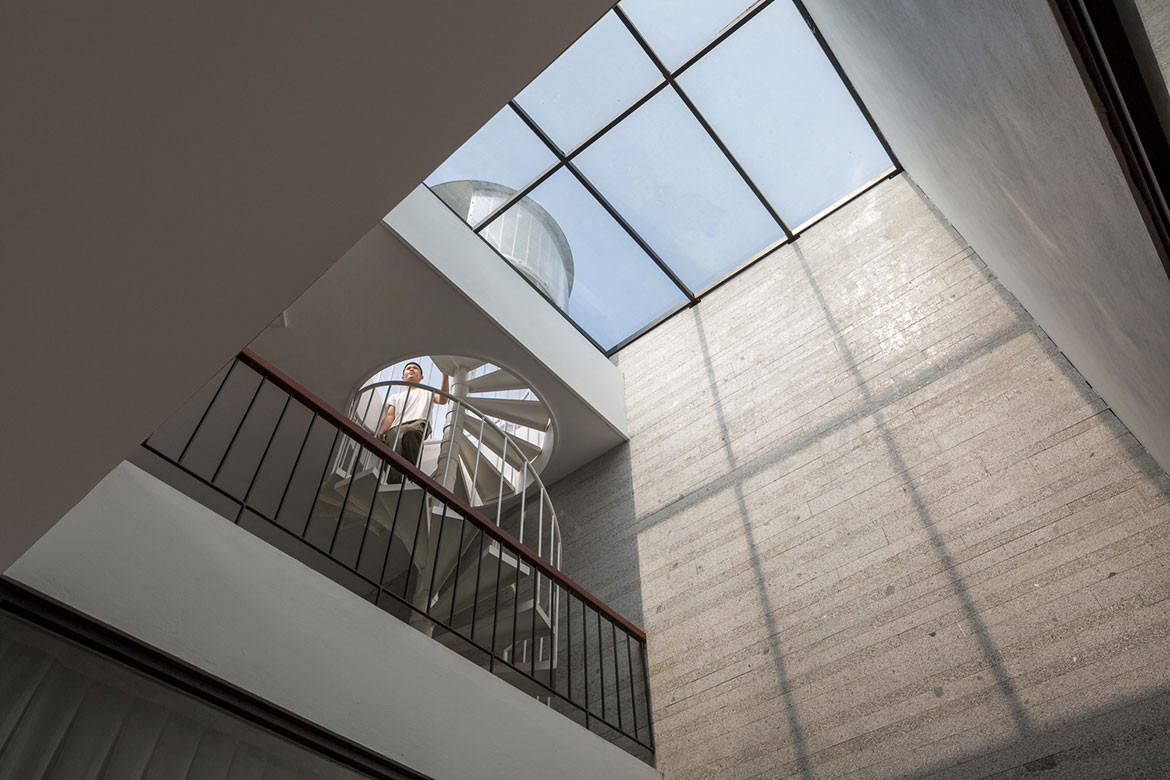 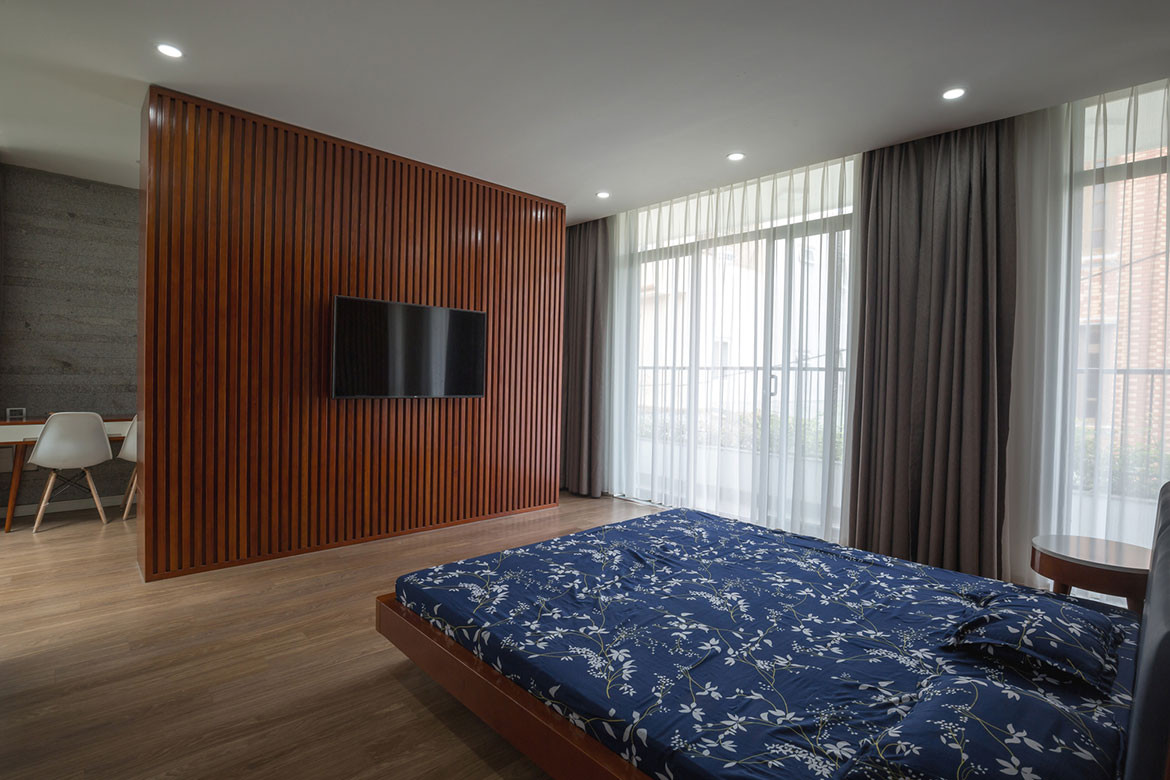 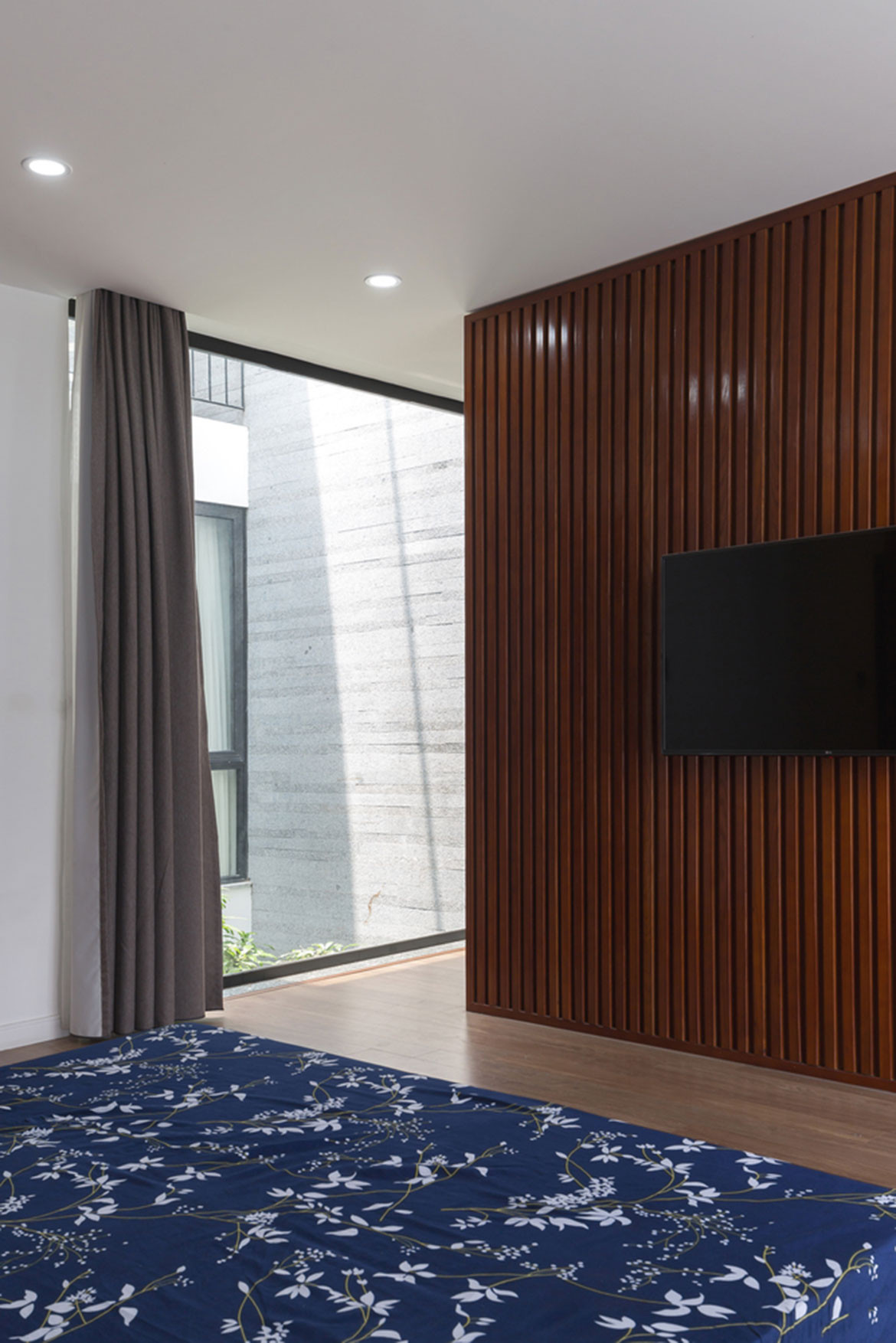 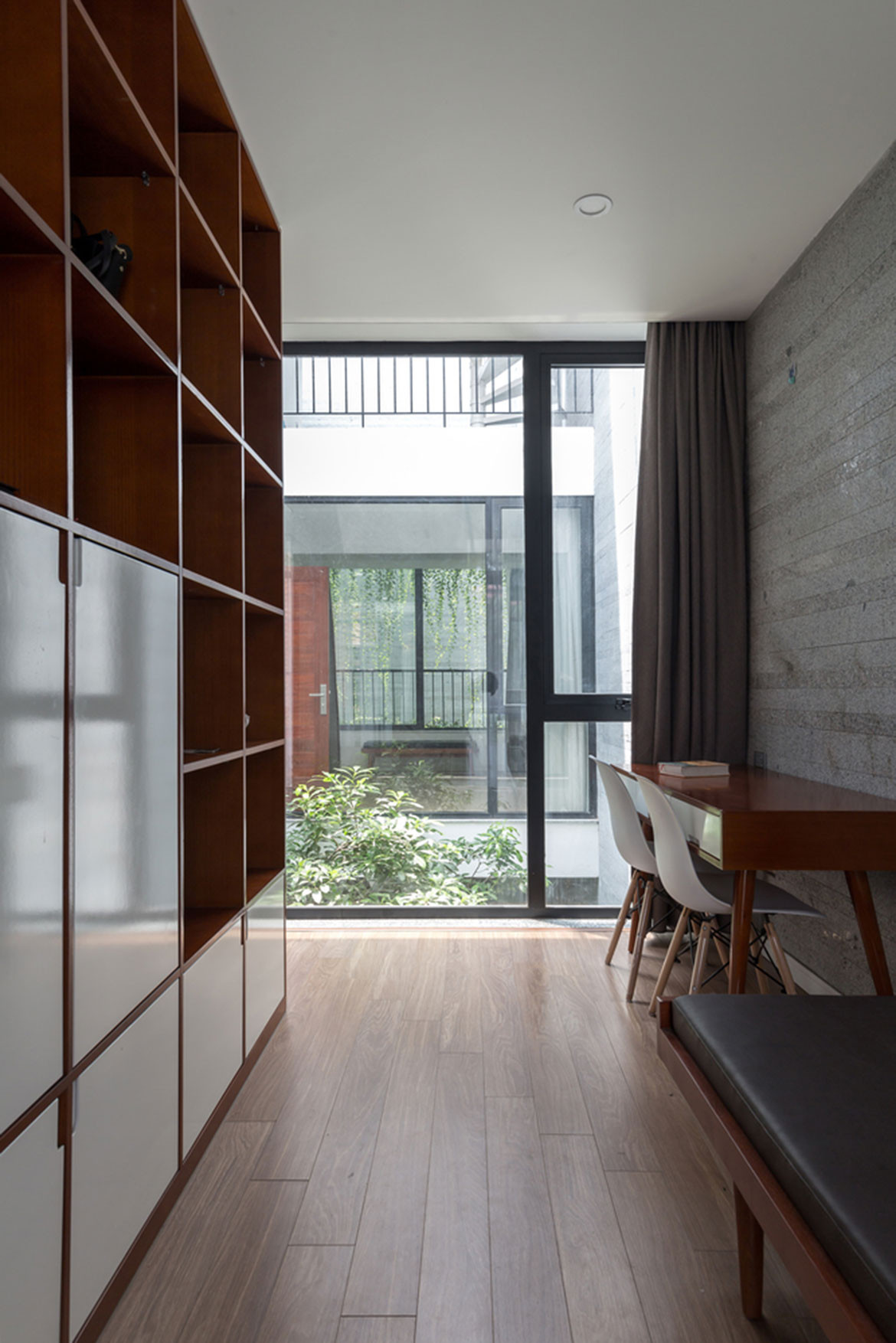 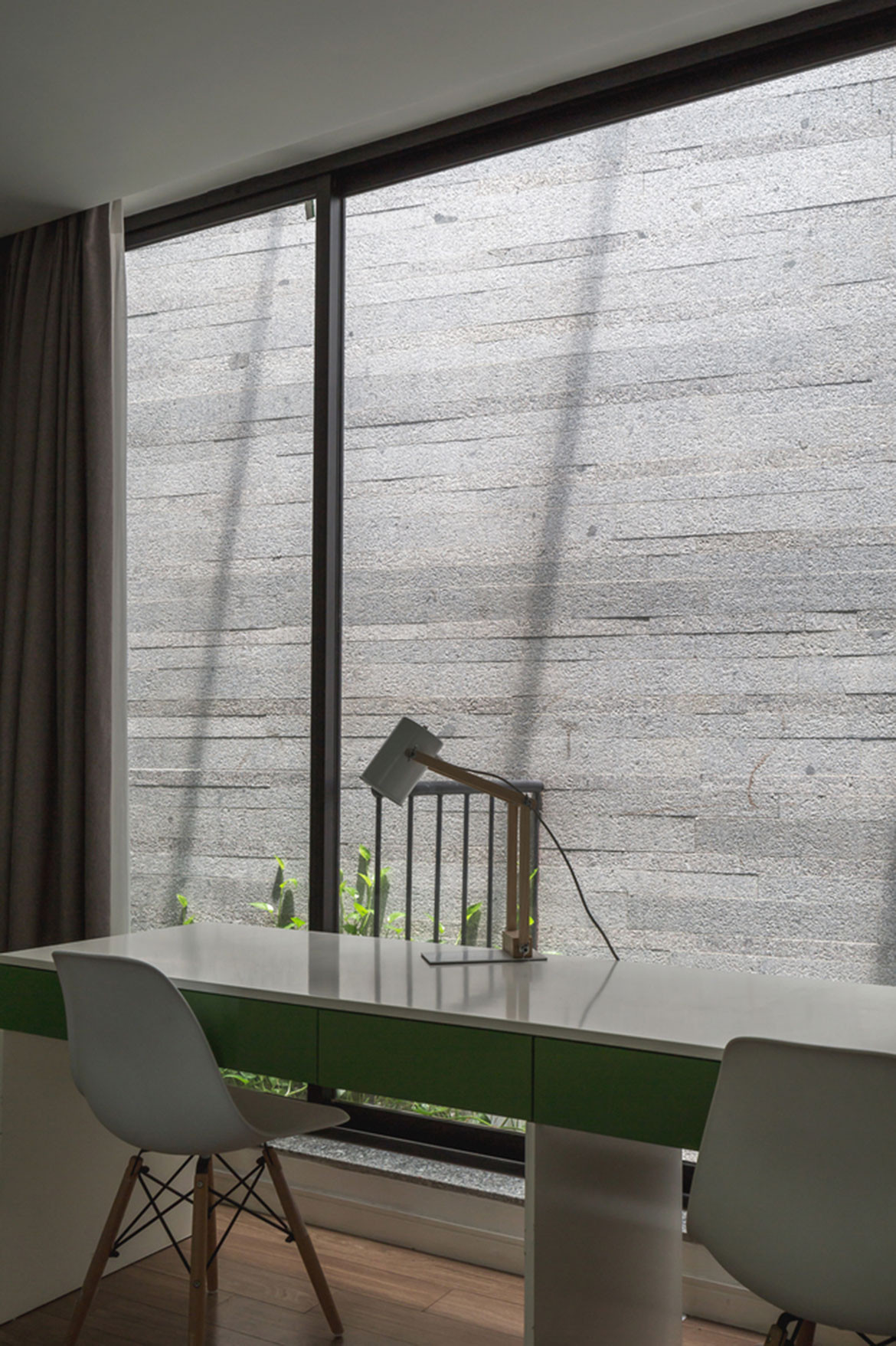 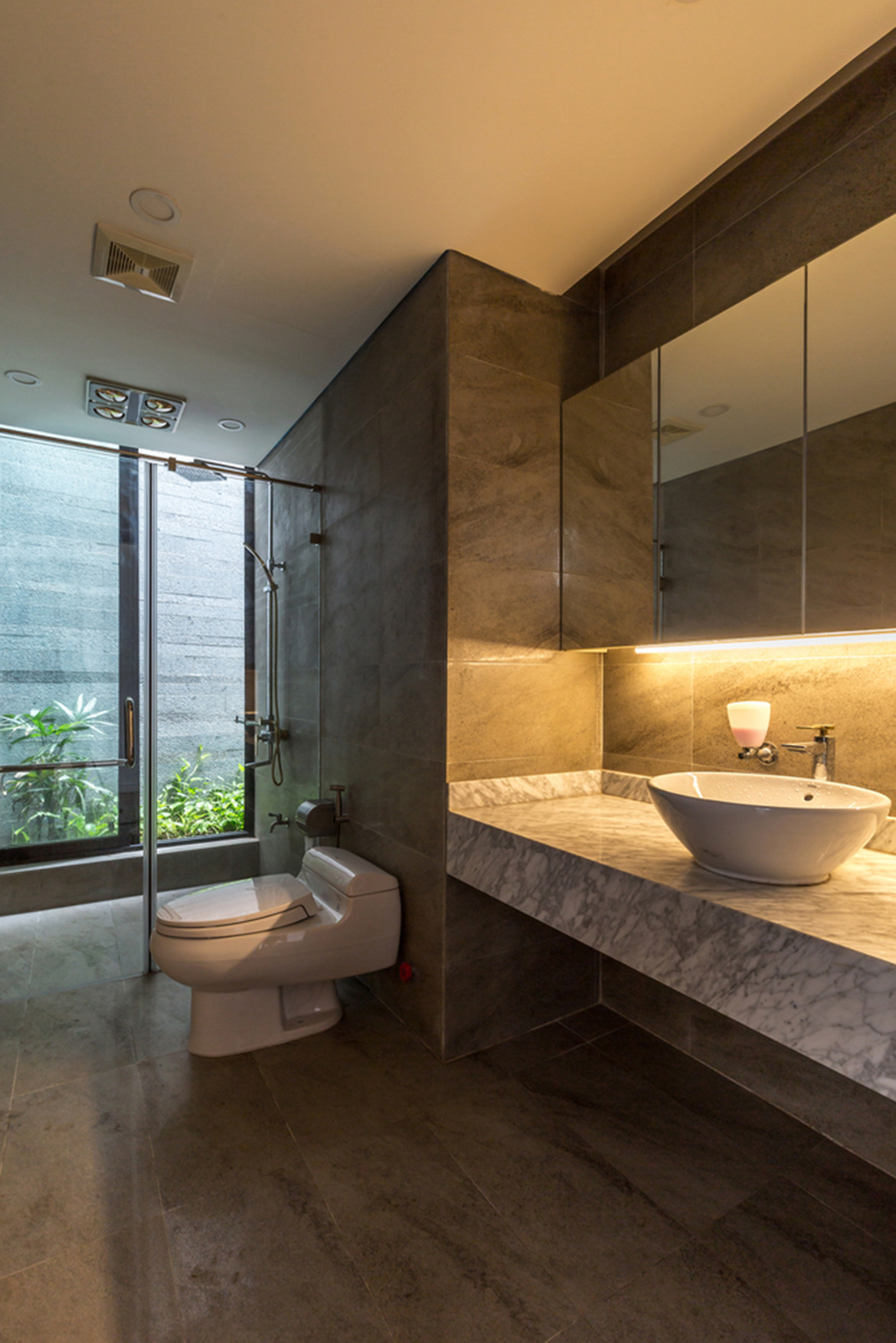