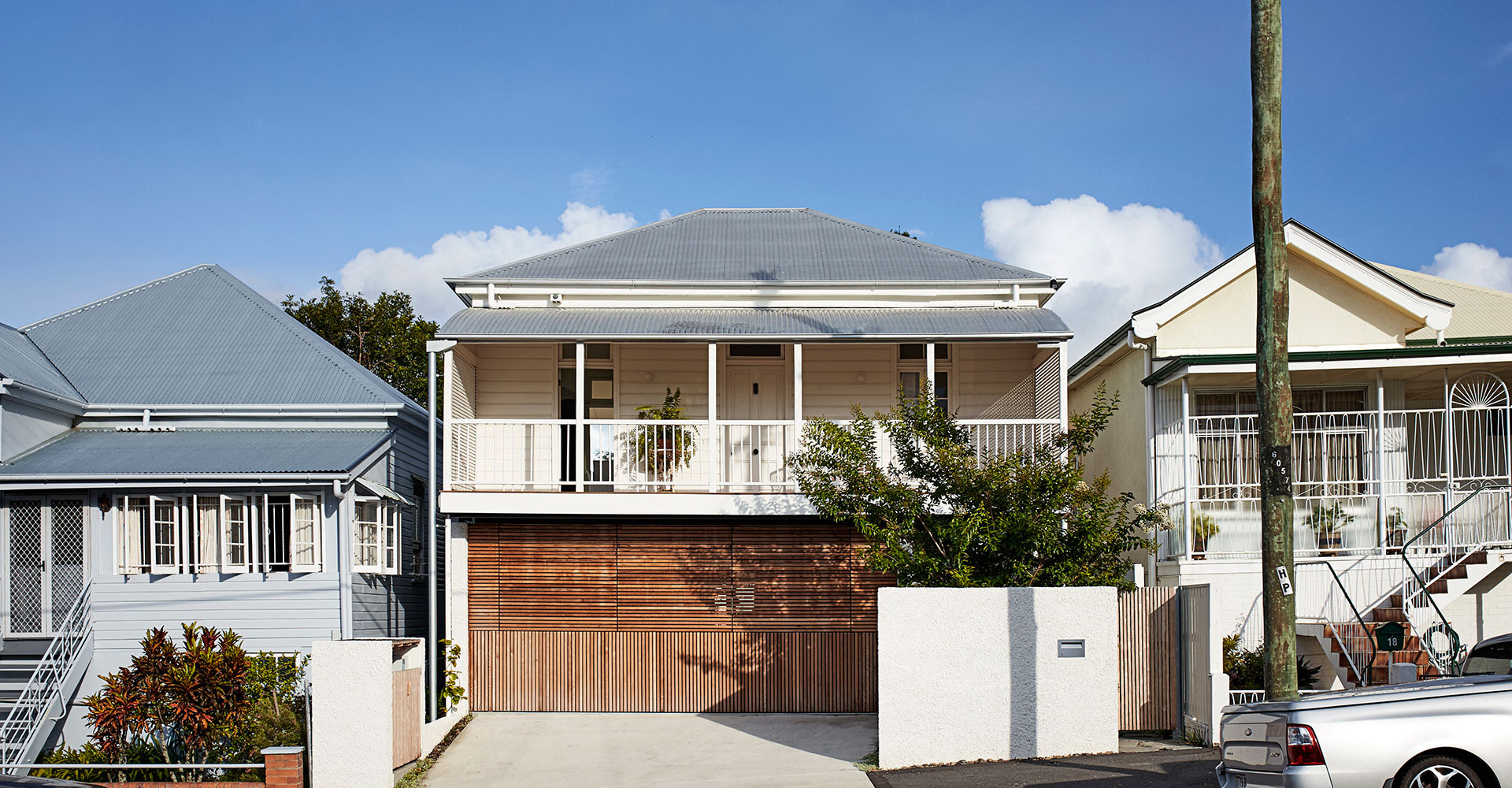 Alterations and additions to this worker’s cottage by Cavill Architects have created a whole new world behind a traditional façade.

It is a worker’s cottage, but in the Queenslander style – raised up from the ground with generous verandah and eaves, the sub-floor now a carport with a timber batten screen to reference the traditional Queenslander façades. But this street also saw a cluster of Italian immigrants who ‘Mediterraneanised’ their Queenslanders, complete with fecund backyard gardens. It was this added character which inspired architect, Sandy Cavill of Cavill Architects to re-think the house as “an imaginary Italian ruin” so that the building seems made up from fragments of ruins.

Hence the use of rough concrete rendering, curved elements in the roof form, and the creation of a private landscape connected to the house – but with glimpses beyond to the cyclone-fenced garden next door.

The old and the new are clearly articulated and the original, traditional entry (stairs up to a central doorway) has been replaced by a ground-level side arrival sequence, along with a timber boardwalk through a tropical garden. The new entry is where the old and new structures meet.

The clients did not want a traditional ‘box and trailer’ addition or a free open plan. Rather they wanted a family of spaces, each specific to its use, but all connected physically and by through-views. They also wanted a high degree of privacy (in an area which offered little), but still with a connection to the neighbourhood. They wanted to “experience the landscape in a very private way”. Hence, the new spaces are arranged around a slightly sunken garden courtyard and the openings are either to the garden or to the sky. Indeed, the seemingly random openings, big and small, are part of the joy of this house, offering often unexpected, edited glimpses of sky and greenery.

The constellation of spaces is given further interest by a variety of levels. At the entry, one can turn left and go up the stairs to the refurbished original house which contains the bedrooms and a study leading on to a roof garden above the new extension. Alternatively, one can go straight ahead to the sunken living area which looks directly on to the garden court. Or turn right and follow the spine through the kitchen – slightly recessed with a narrow slot window at bench height providing a glimpse of an outside garden corridor. Continuing through one will reach the dining space and, following along the axis, the rear garden and outdoor dining area under the shade of a mature frangipani tree. Here the lawn is also on two levels, one continuing the kitchen/dining axis.

The whole ensemble has a wonderfully calming and contemplative character, sublimely captured by the ‘floating’ pavilion which the Cavill Architects calls a sitting room. Open on three sides with sliding rosewood-framed glass doors – complementing the Tallowood flooring throughout – this pavilion resonates with an Asian ambience. The architect says it replicates the functions of a deck; for me, it is akin to the Indonesian bale, a place to lounge around and chat to family and friends.

From the pavilion, it is possible to keep an eye on the kitchen, enjoy the enclosed rear garden or reflect on the garden court with its central tree and the oculus-like curves of the creepered overhang of the rooftop garden.

The easy connection between inside and outside is maintained even in the intimate powder room, lit by indirect internal lighting, but otherwise by natural light courtesy of a generous window on to the outside garden strip.

So many rear extensions are generic and preoccupied with opening up the interior. This one, though, remains private and intimate while also embracing the landscape. It has its own character, but also quietly acknowledges its idiosyncratic urban context. 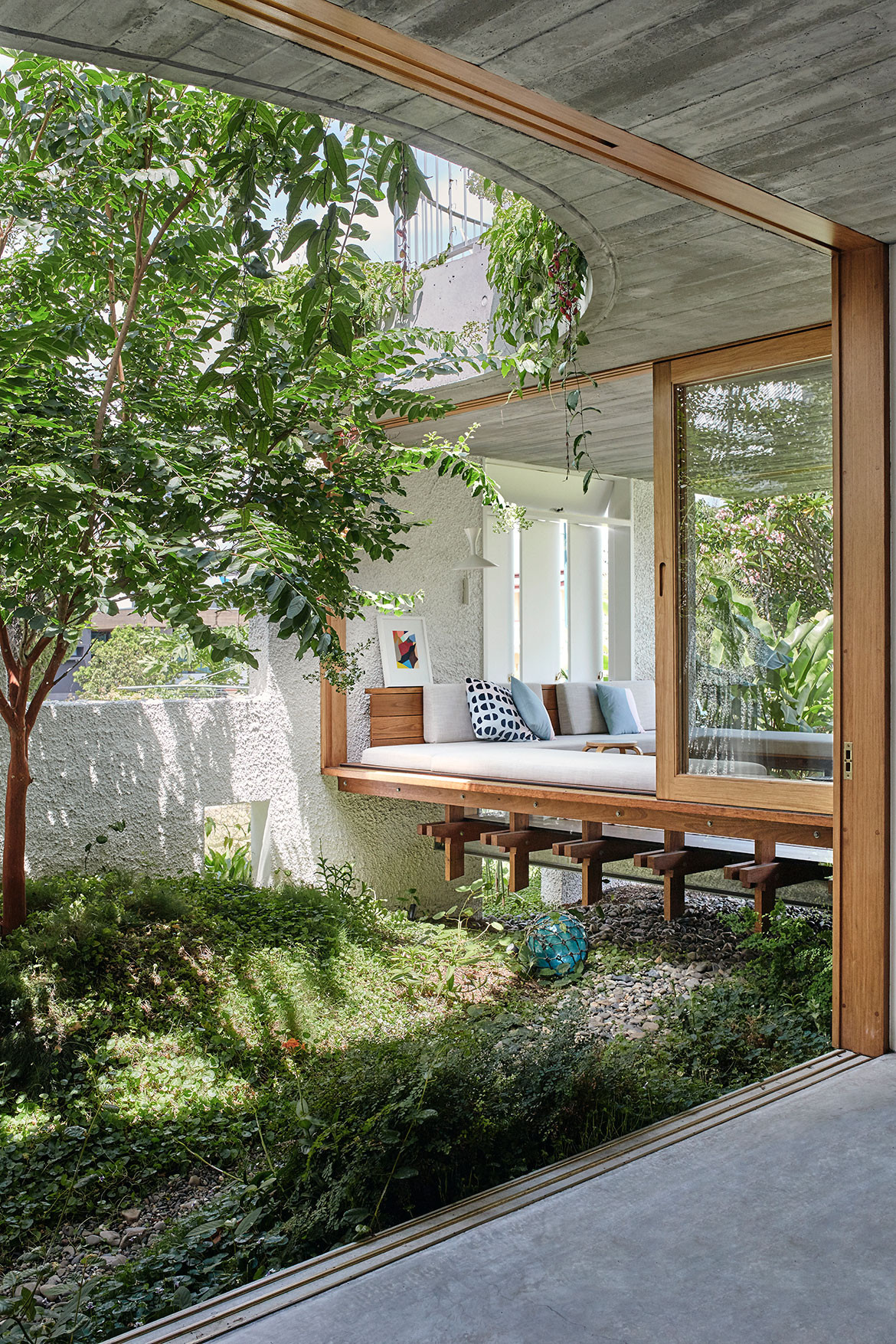 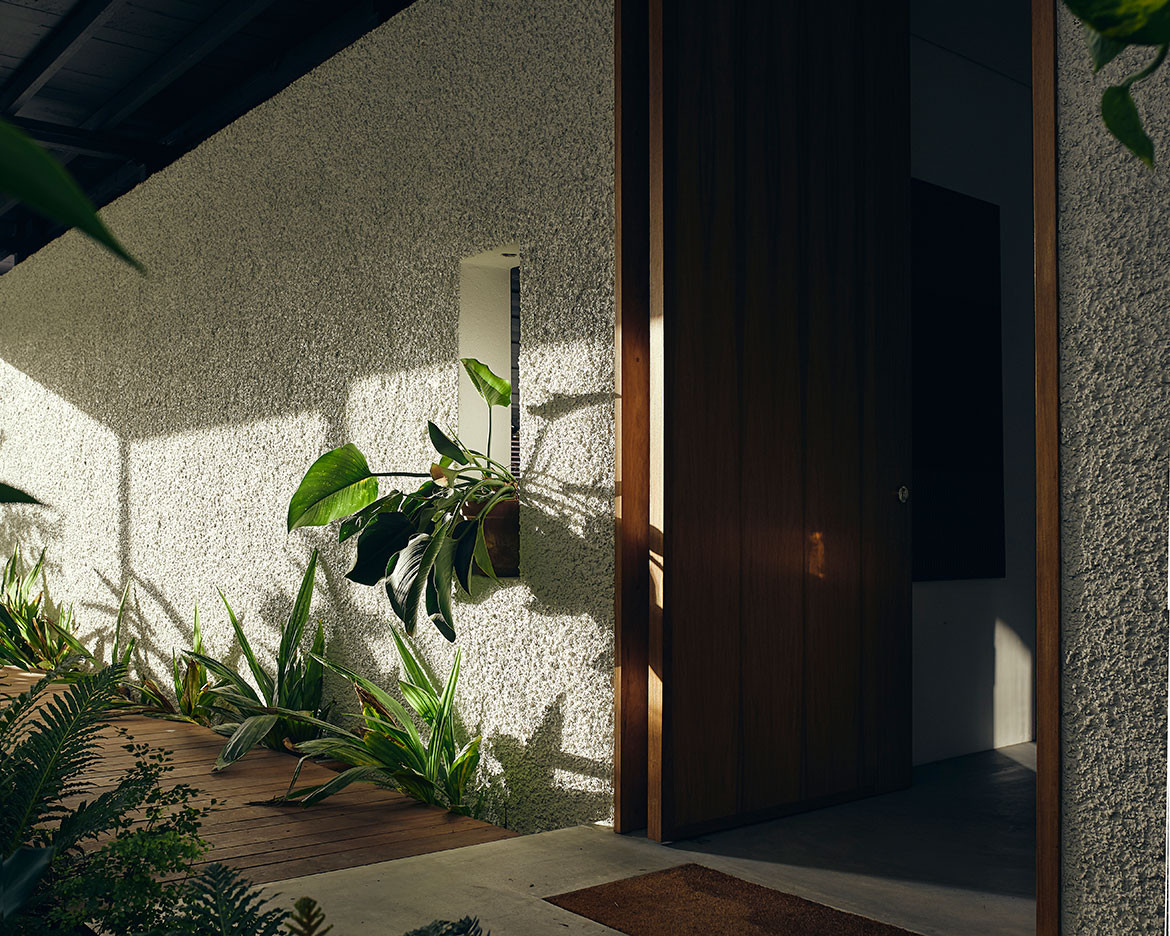 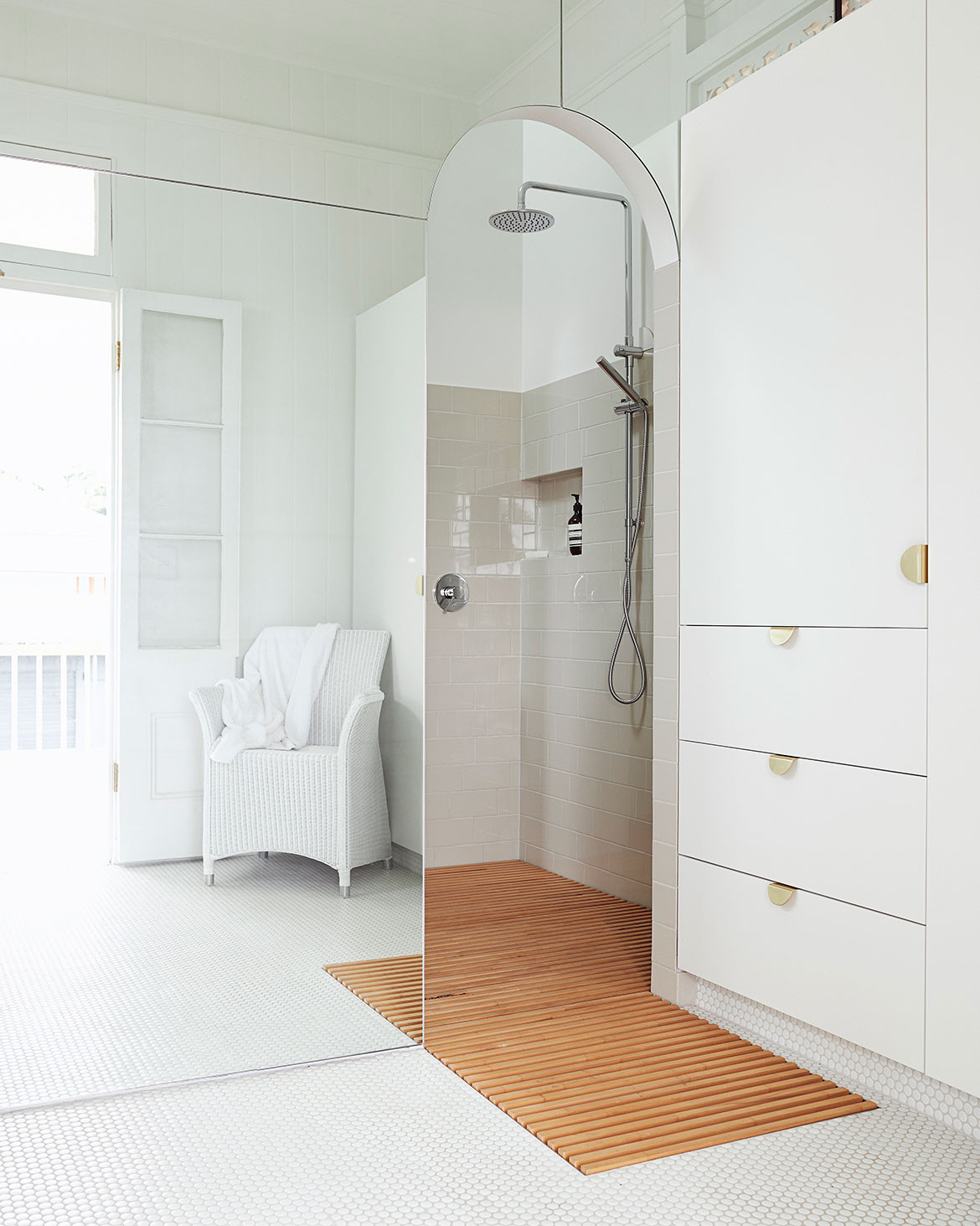 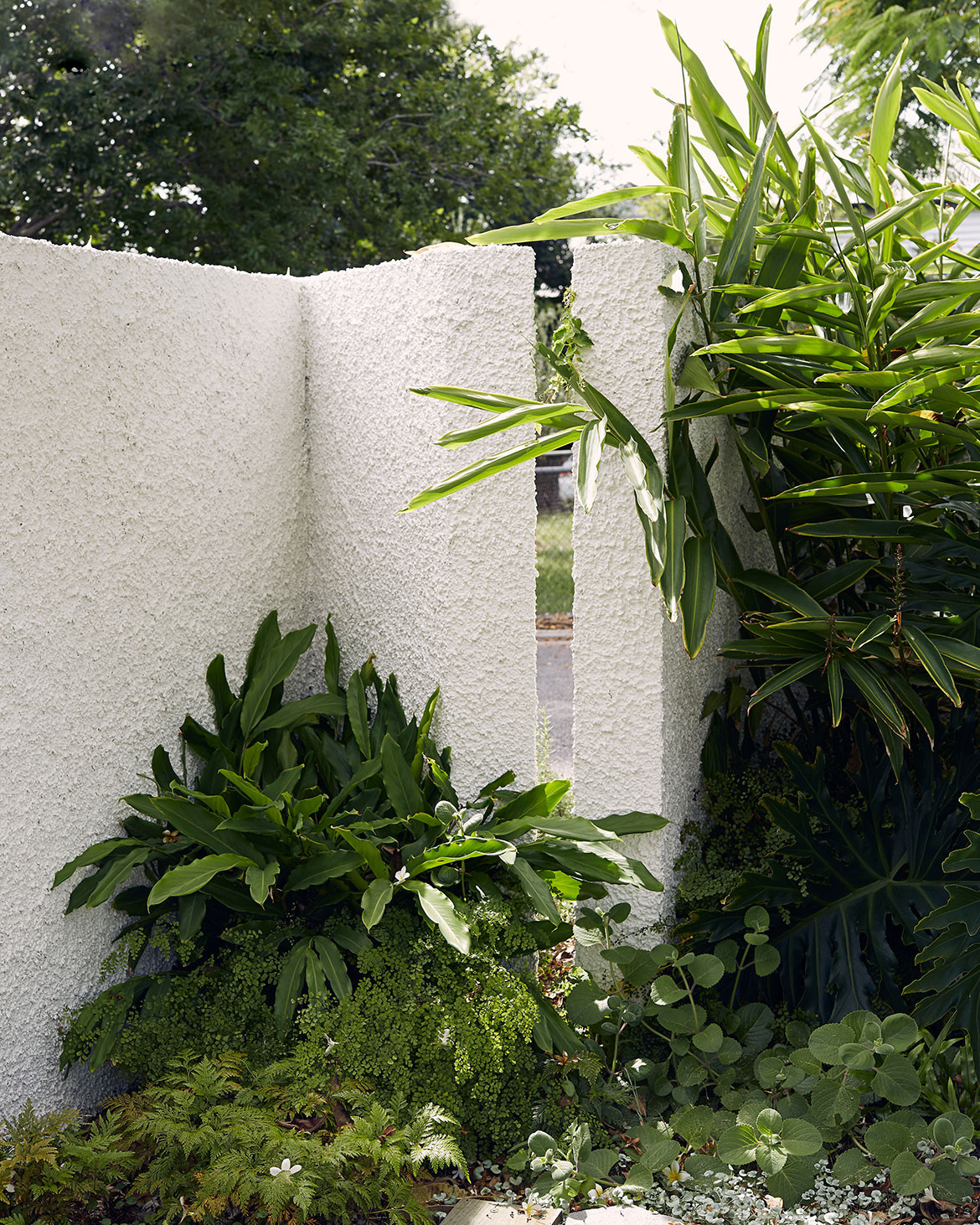 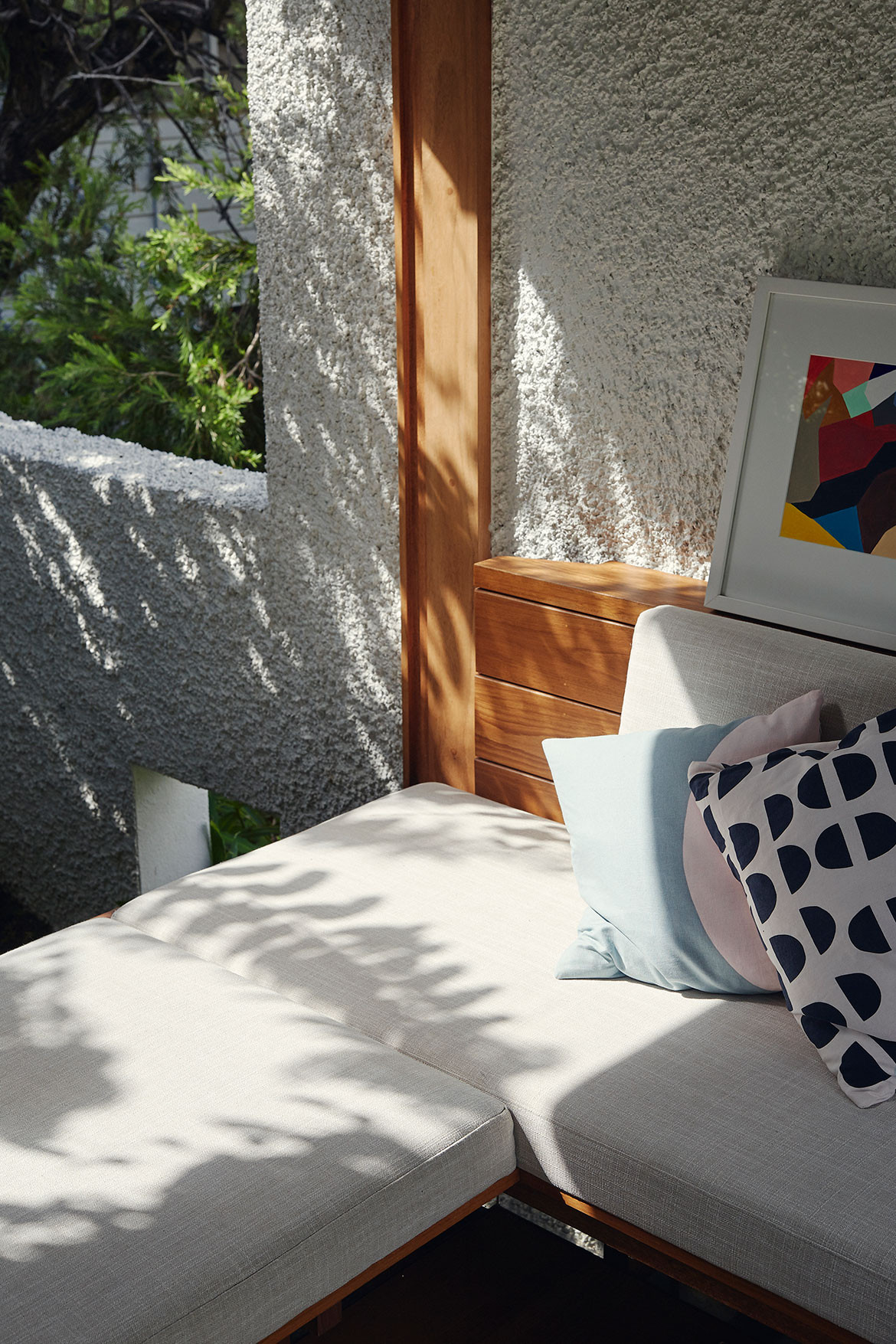 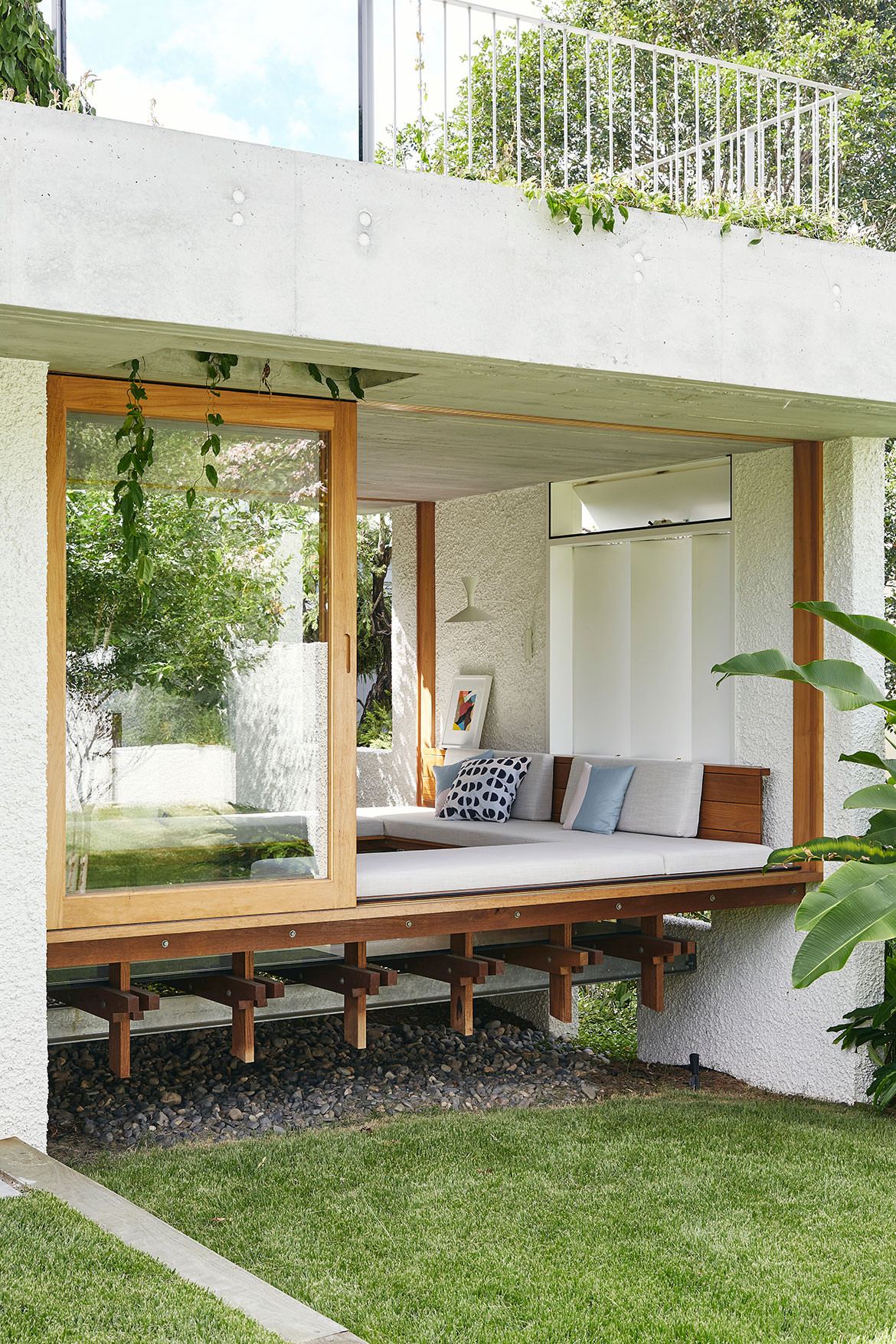 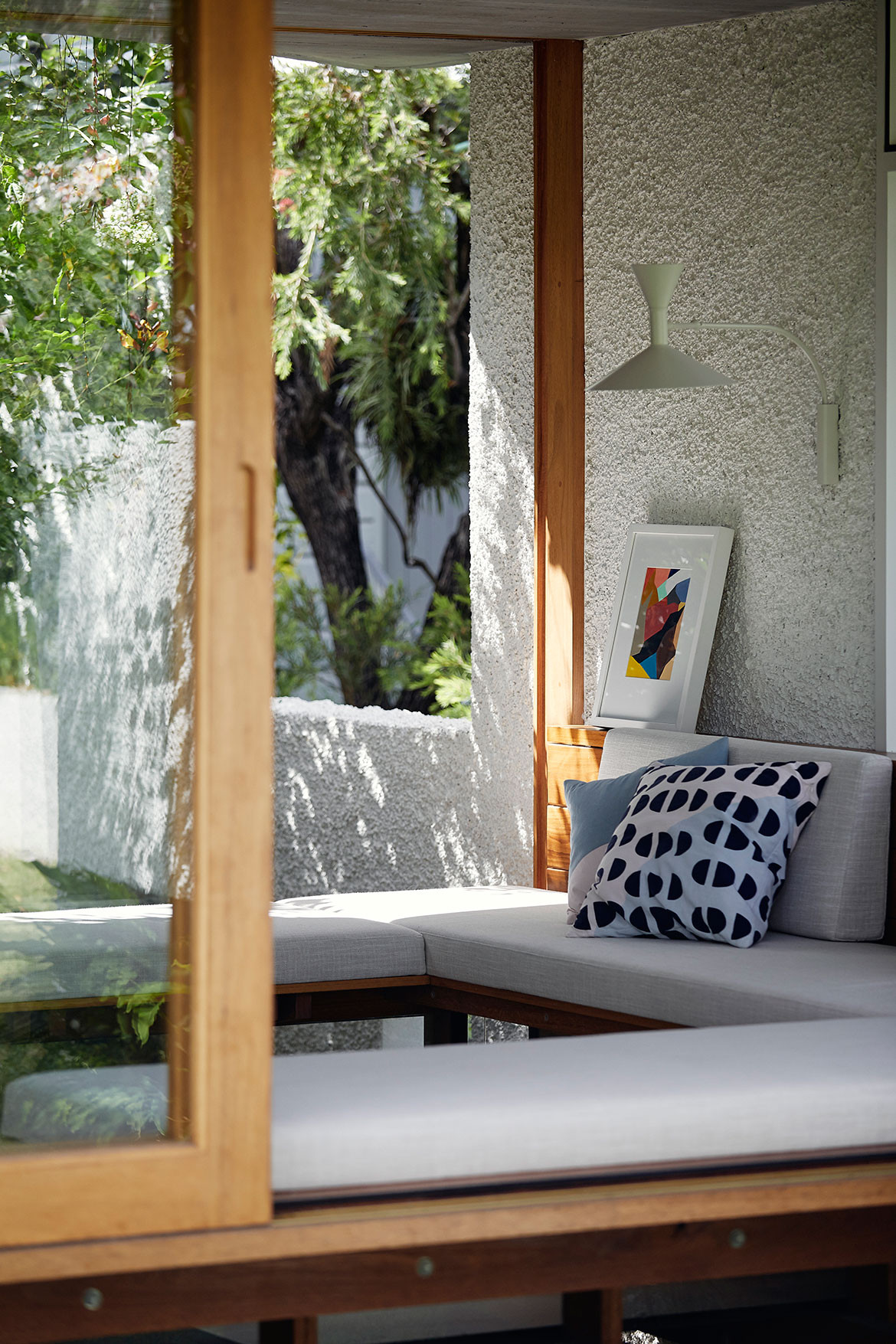 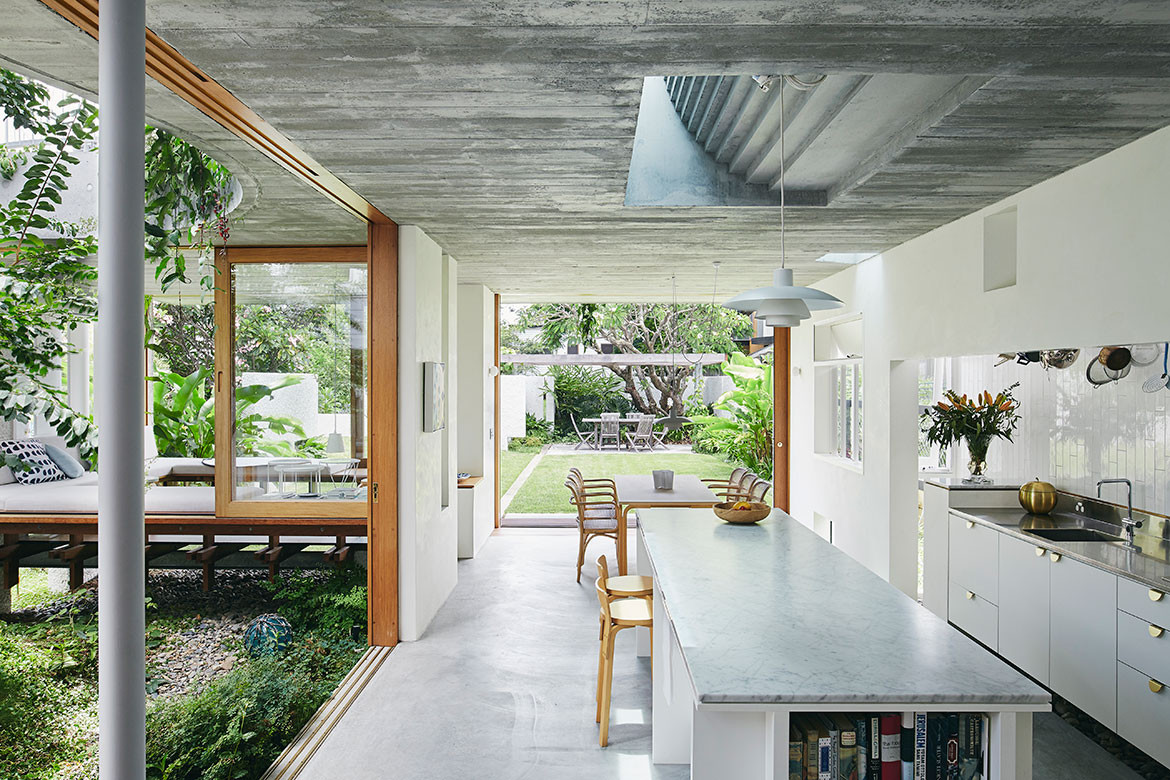 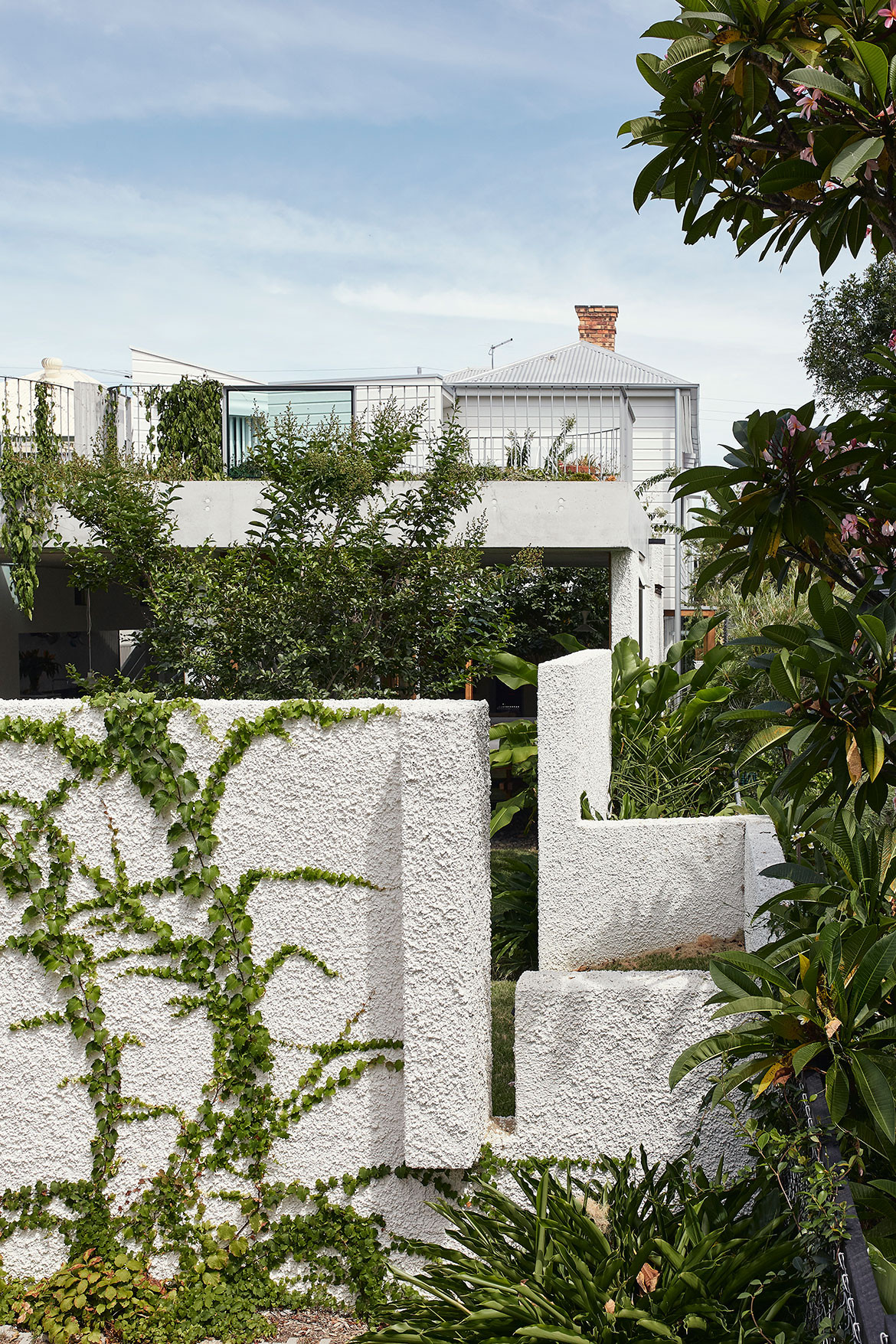 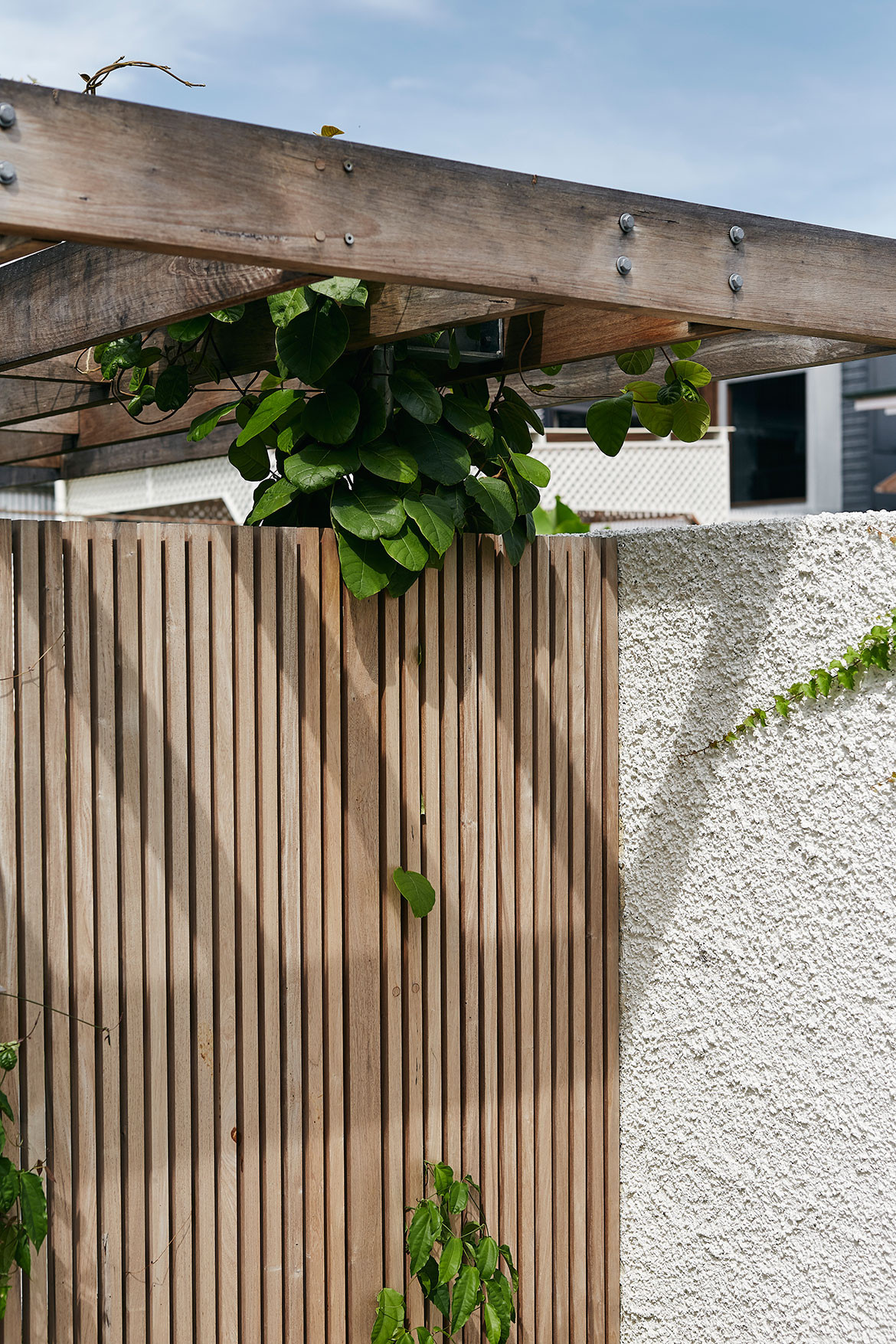 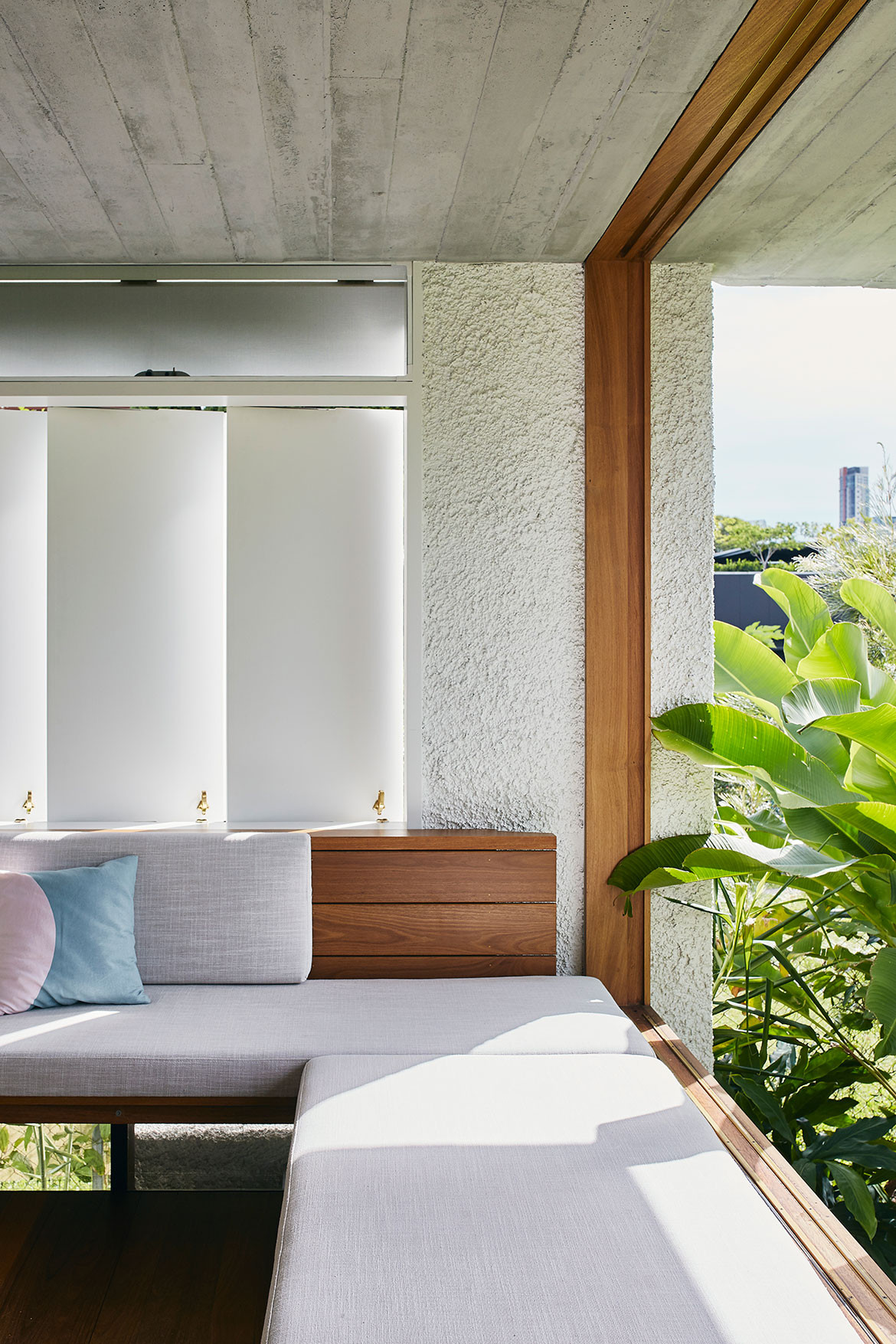 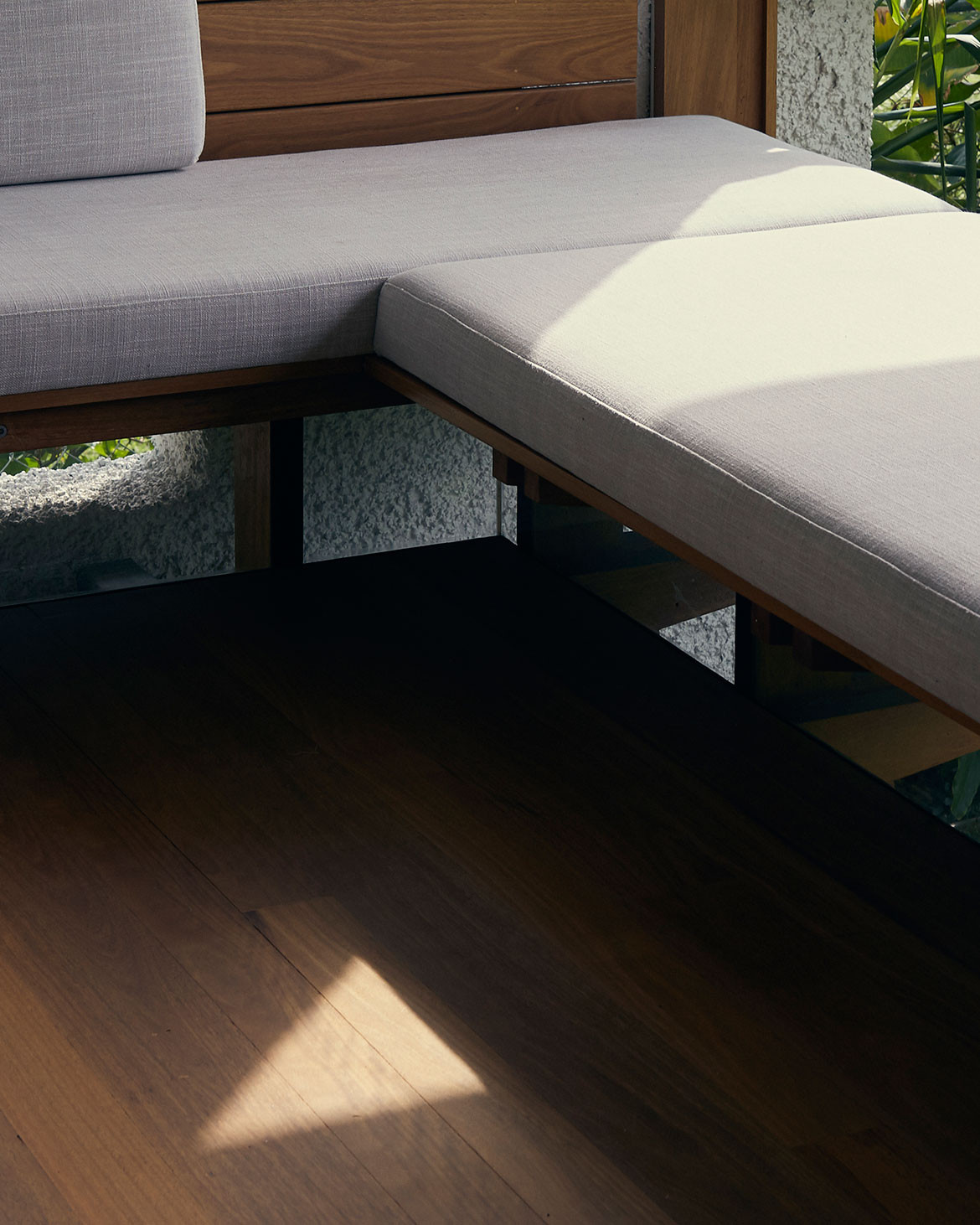 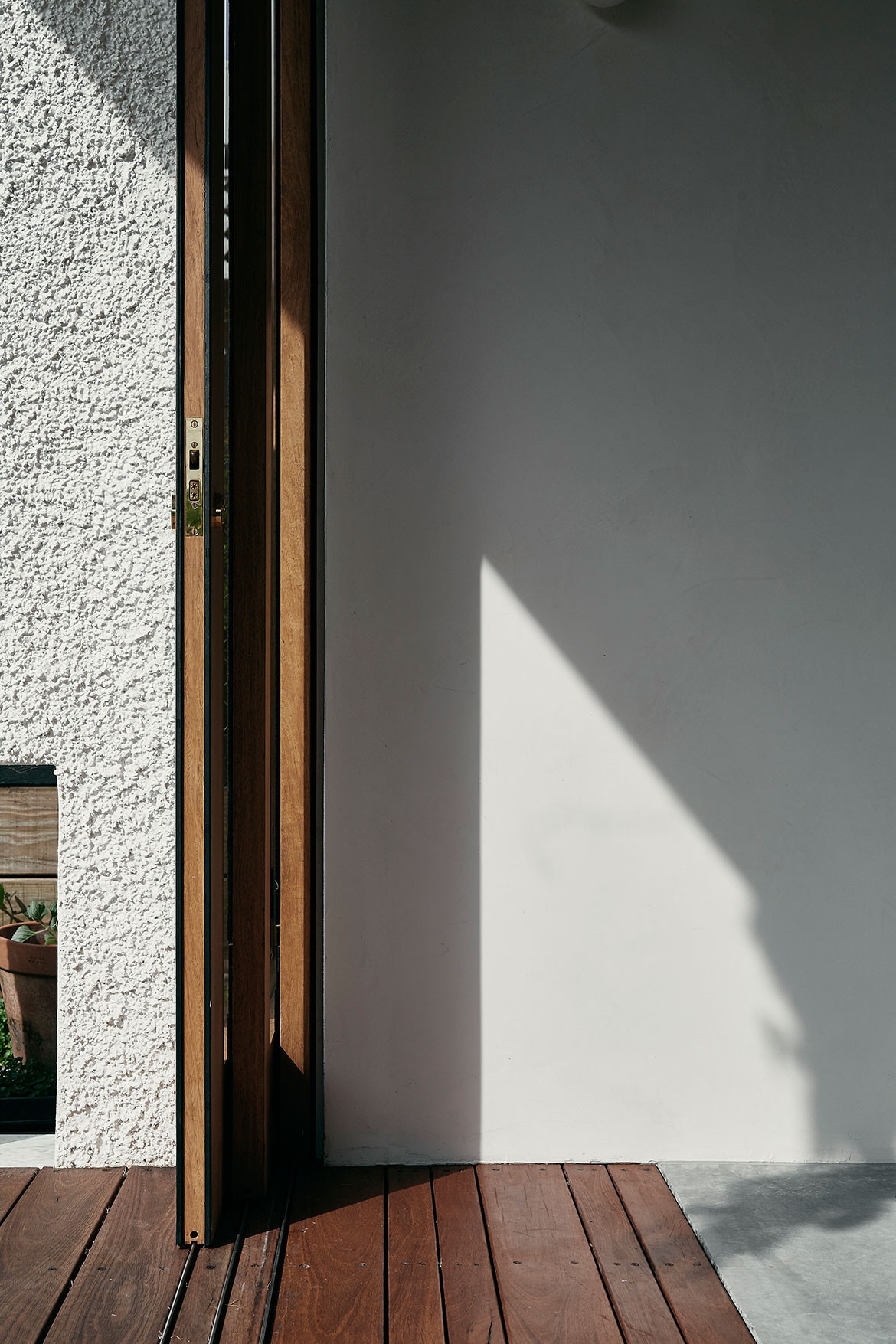 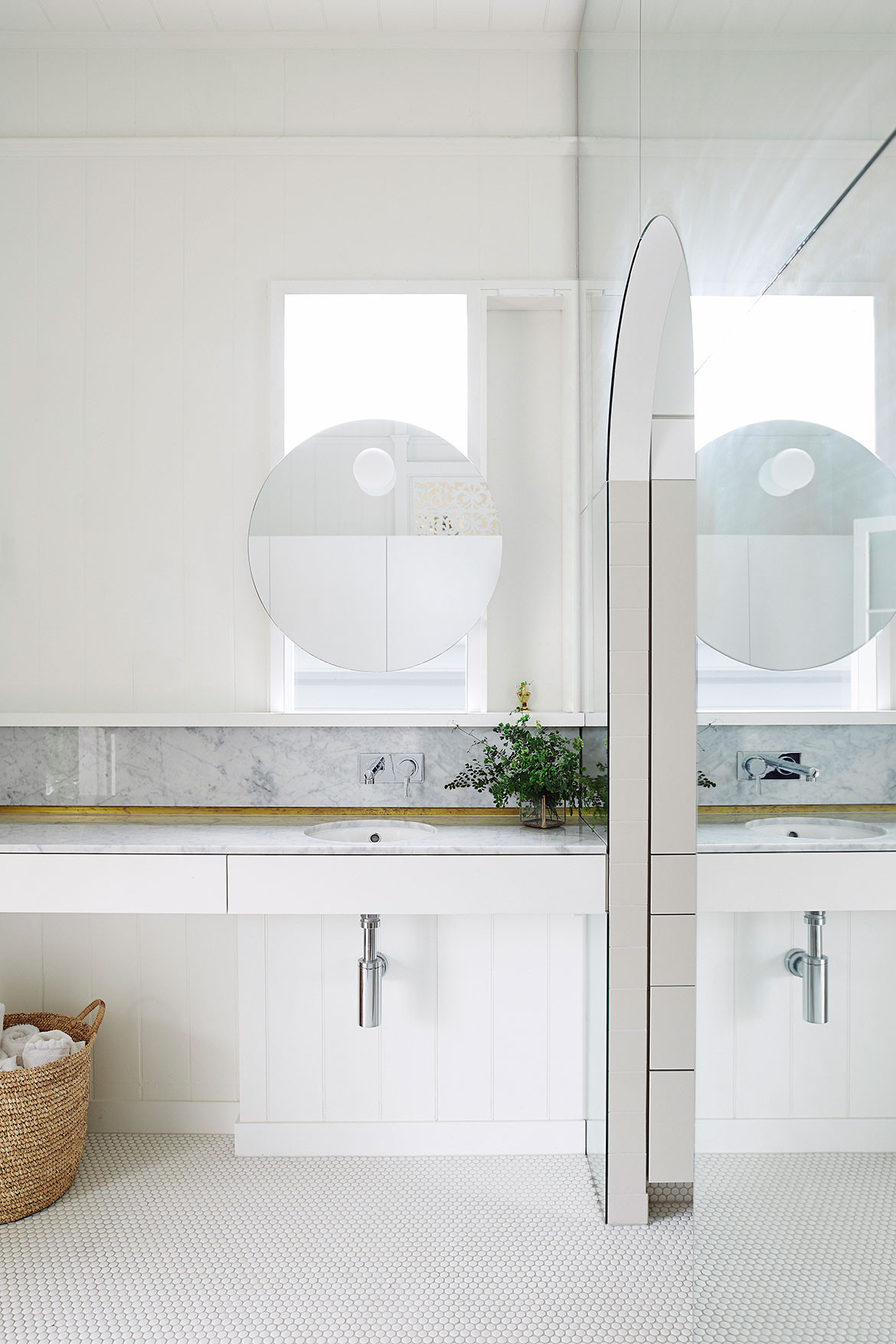 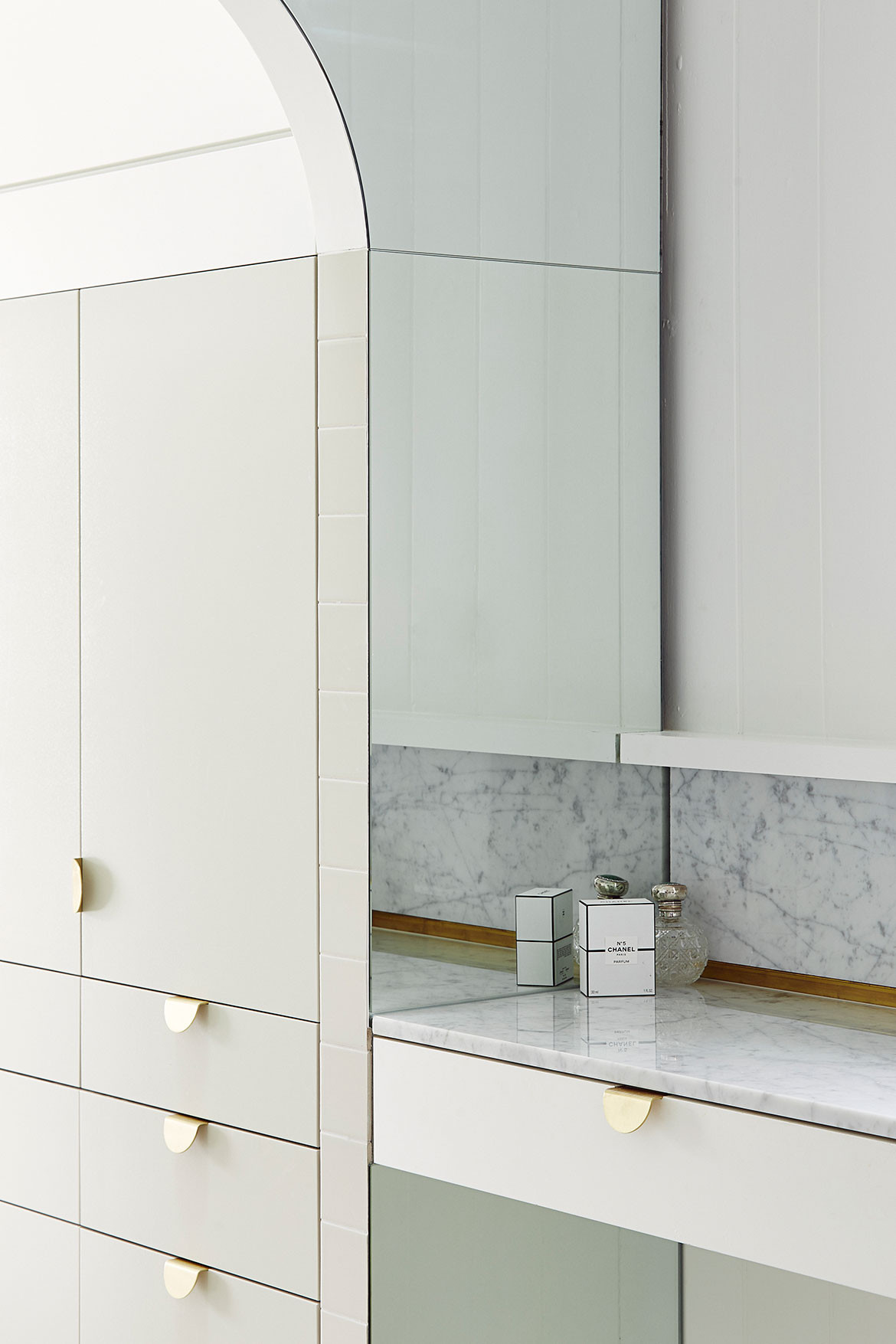 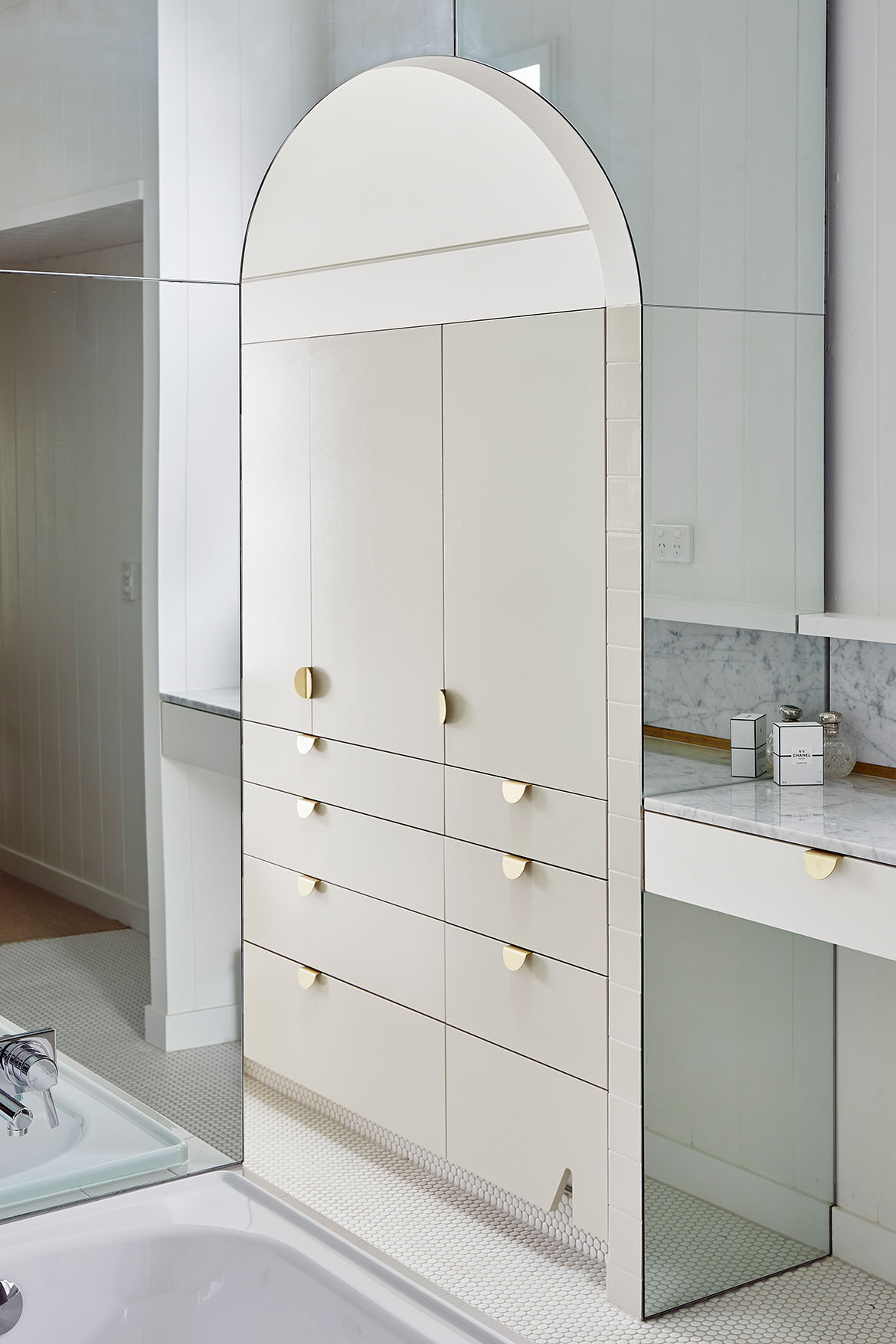 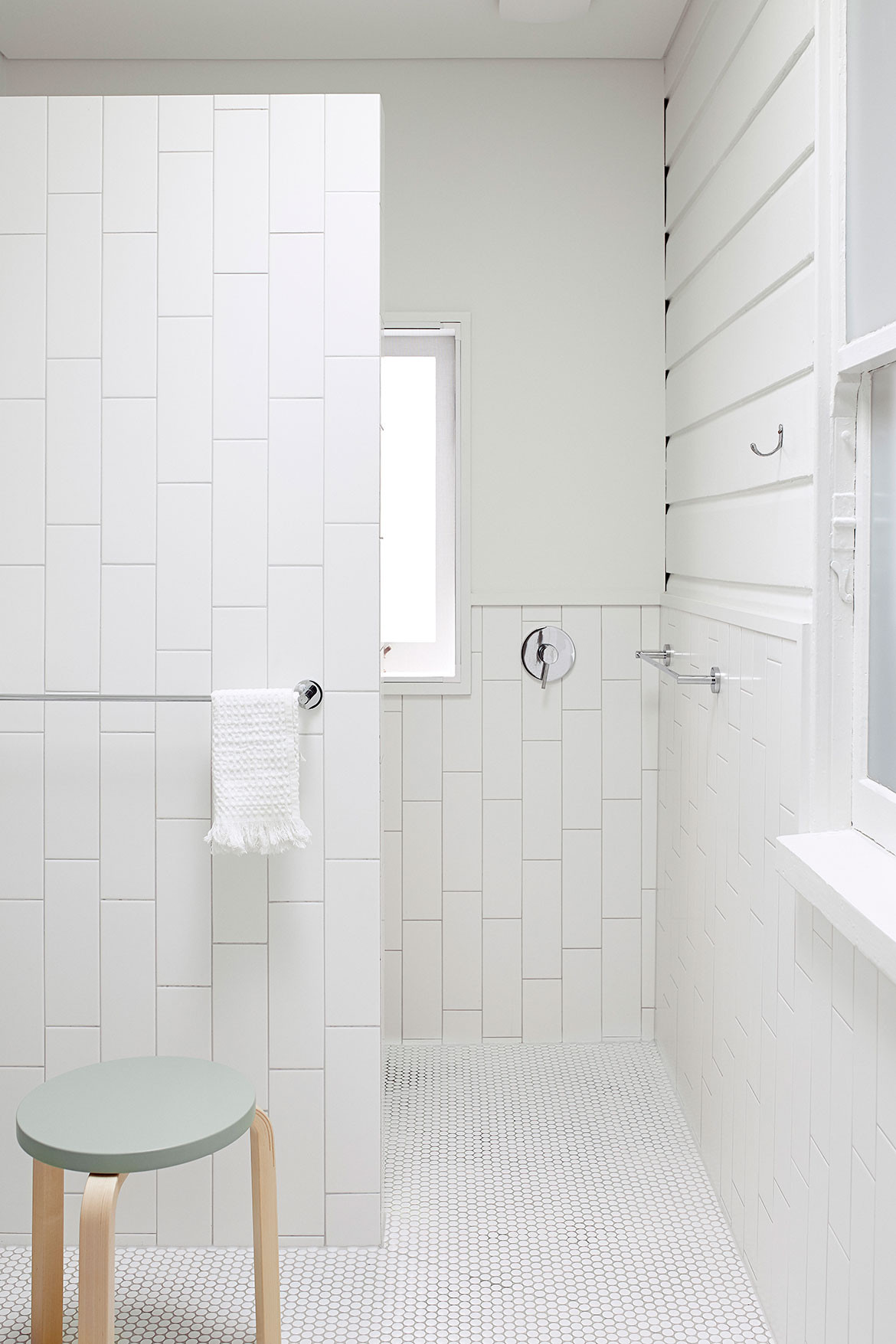 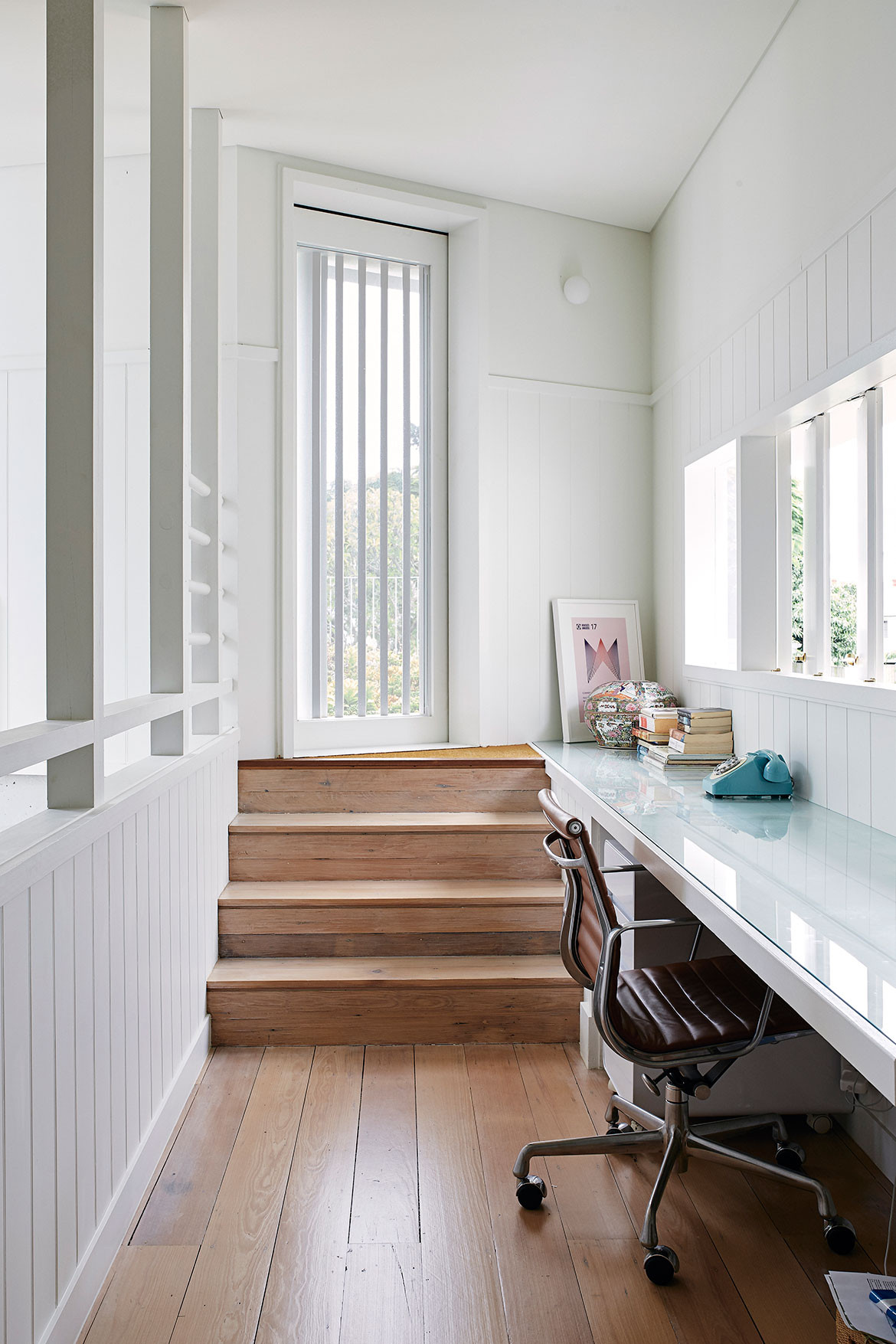 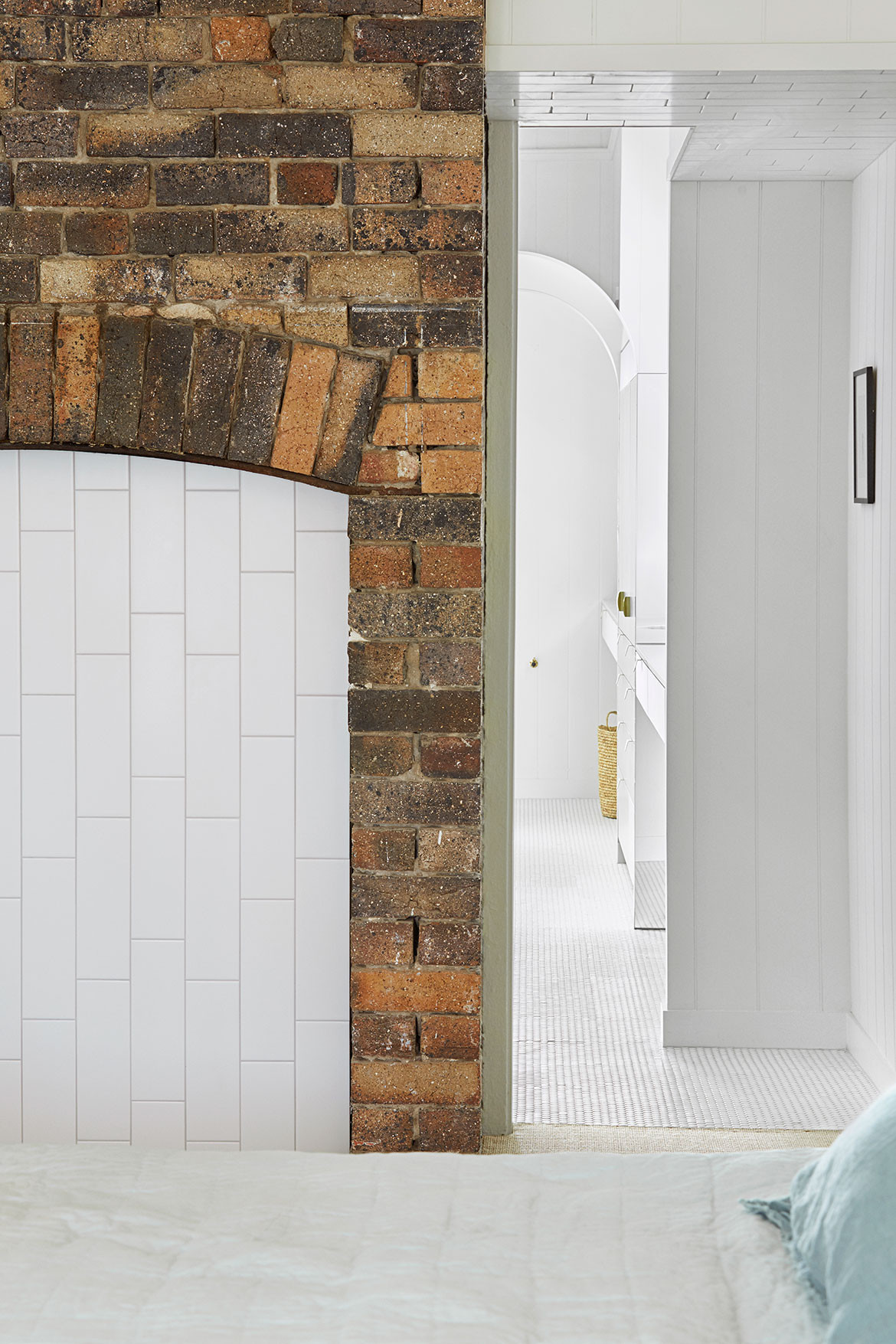 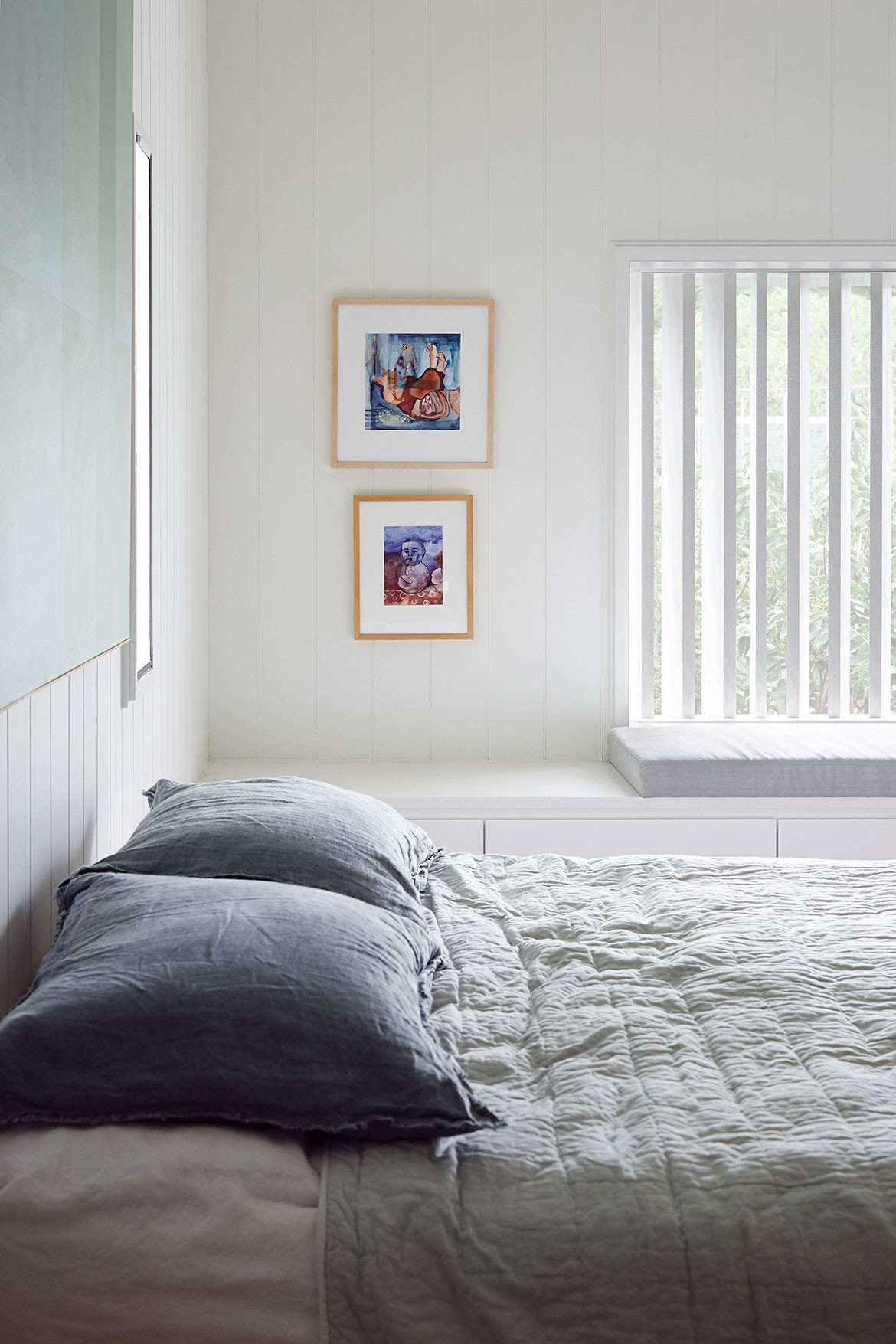 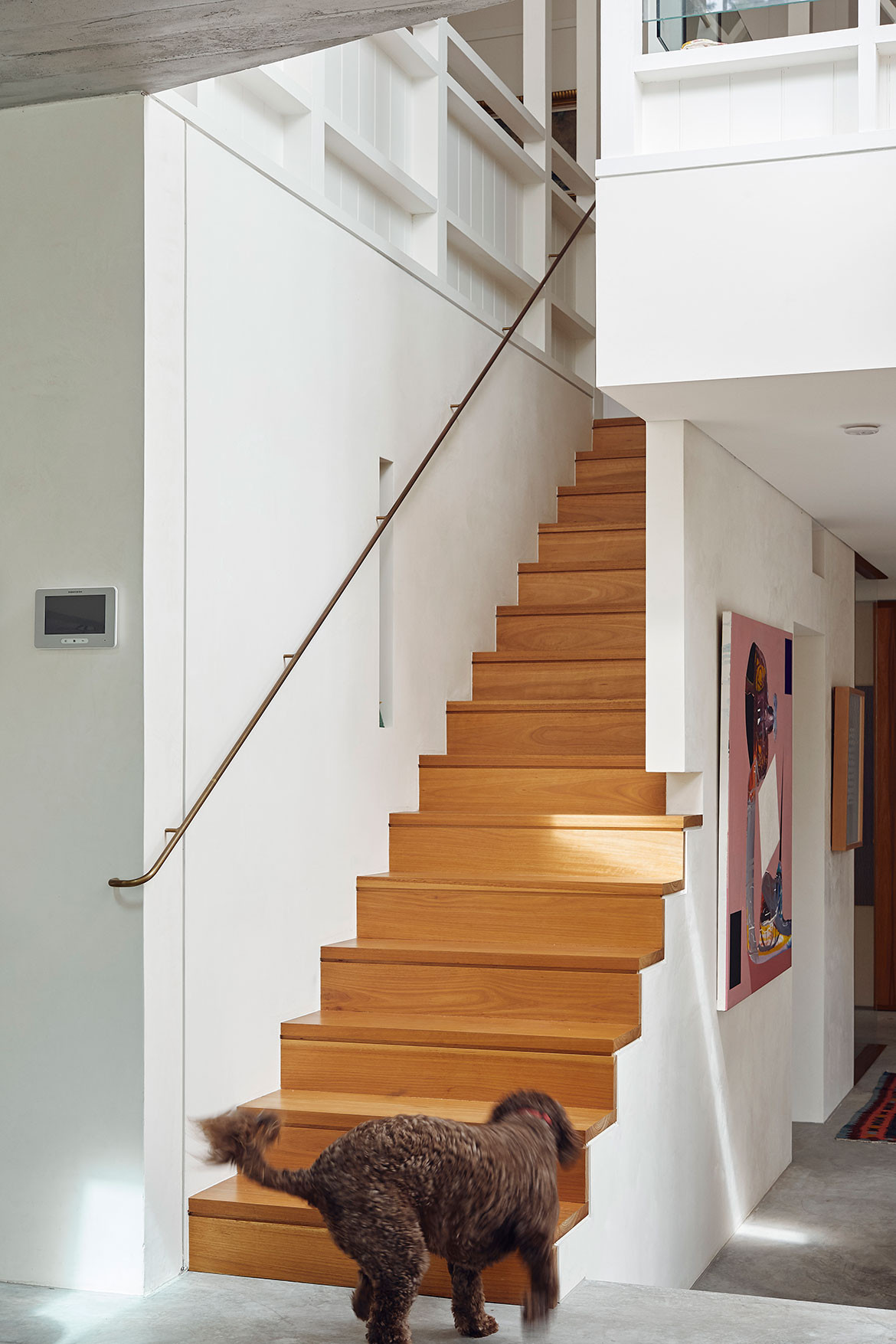 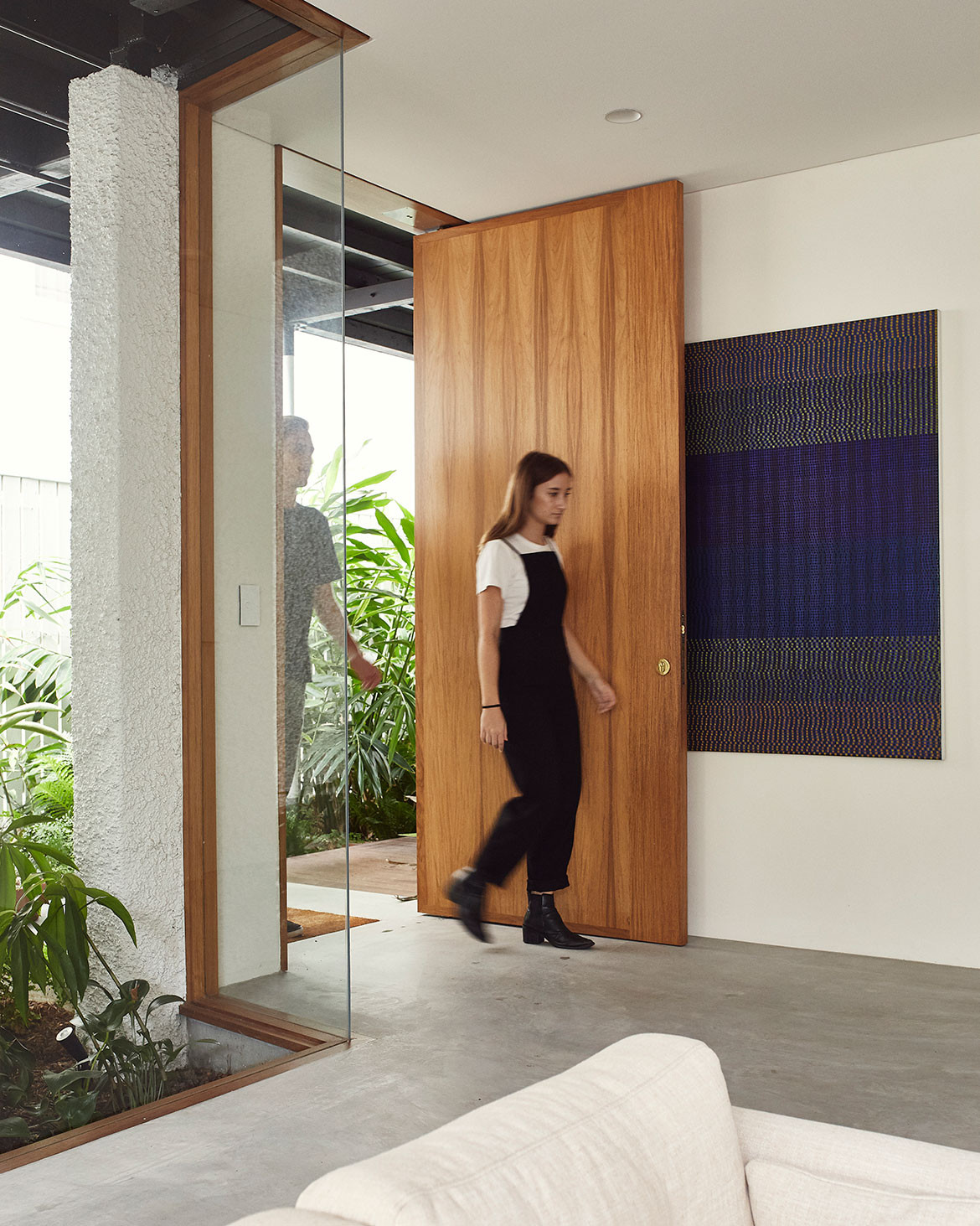 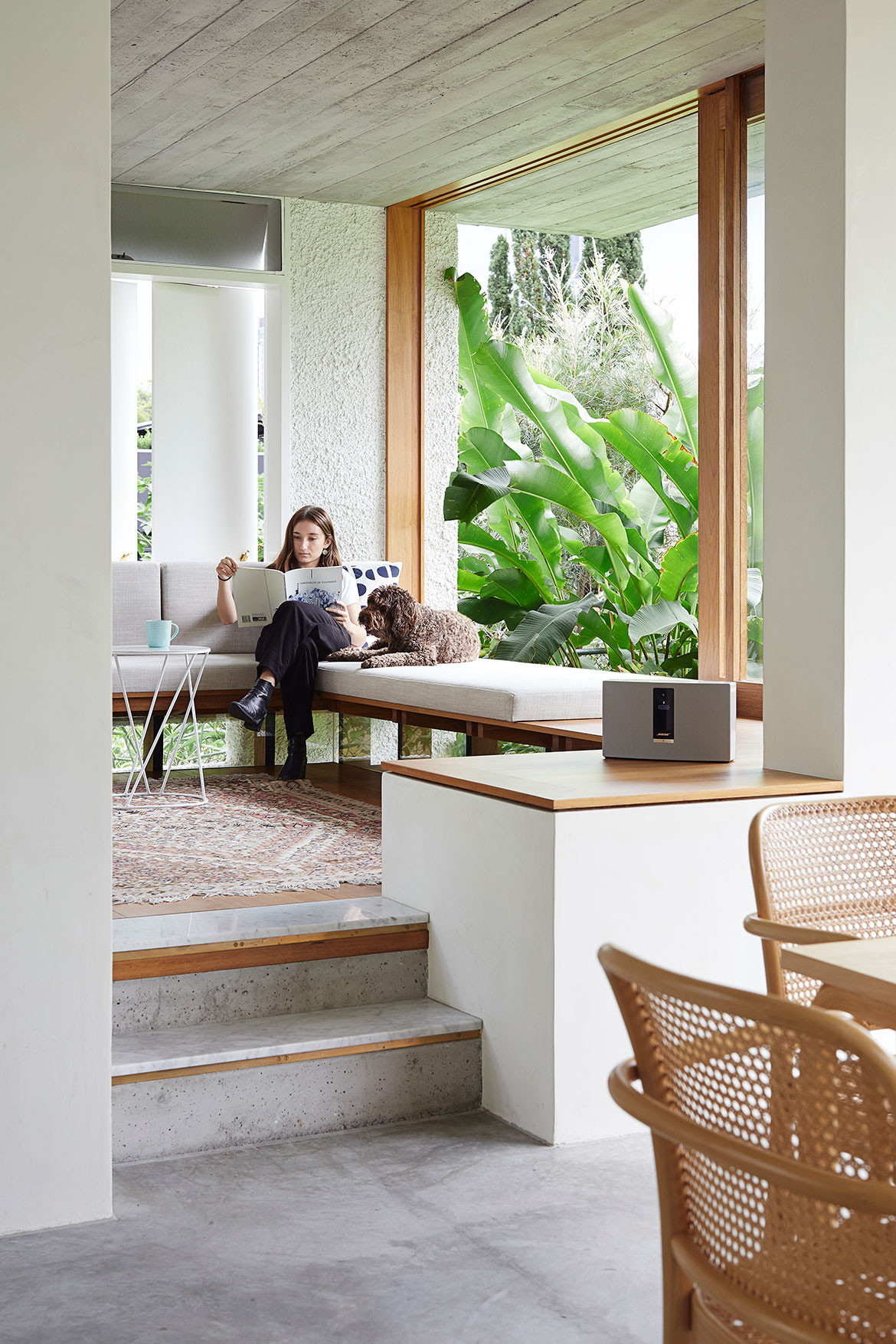 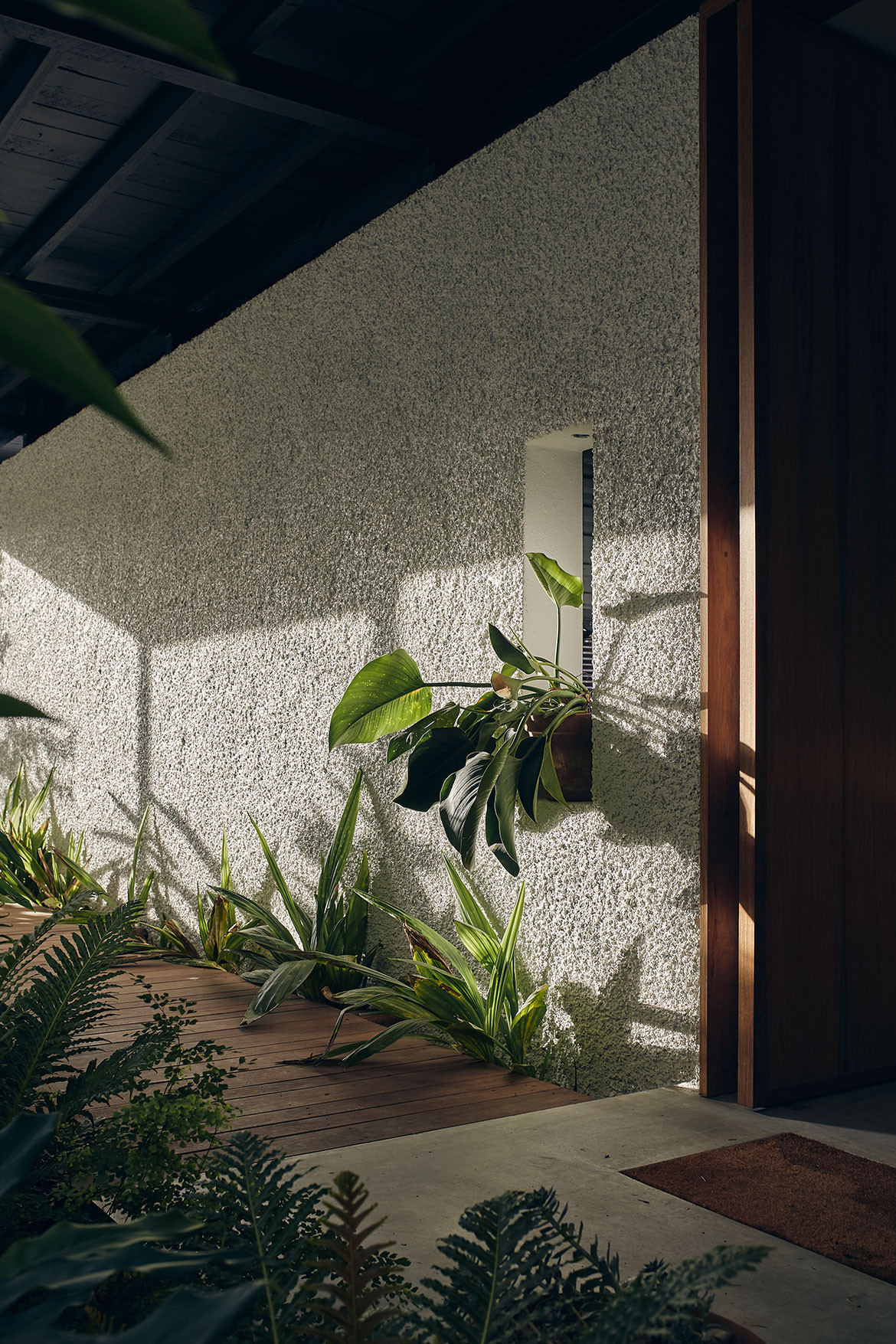 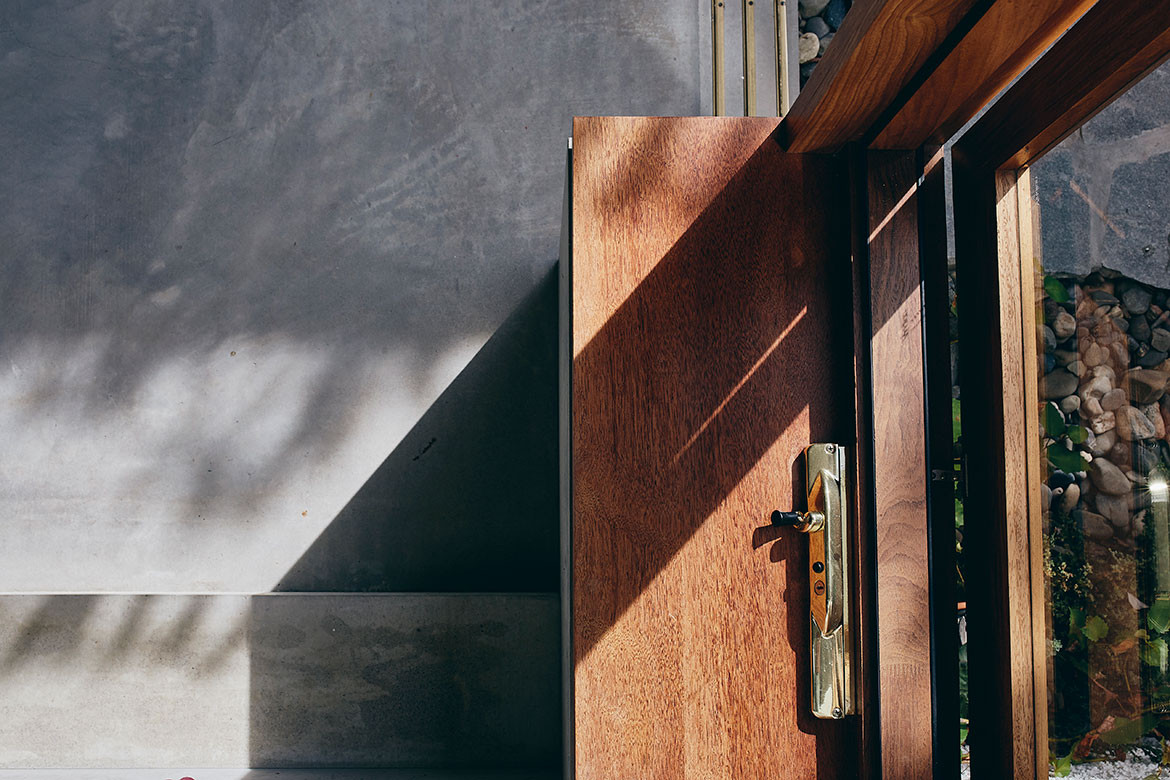 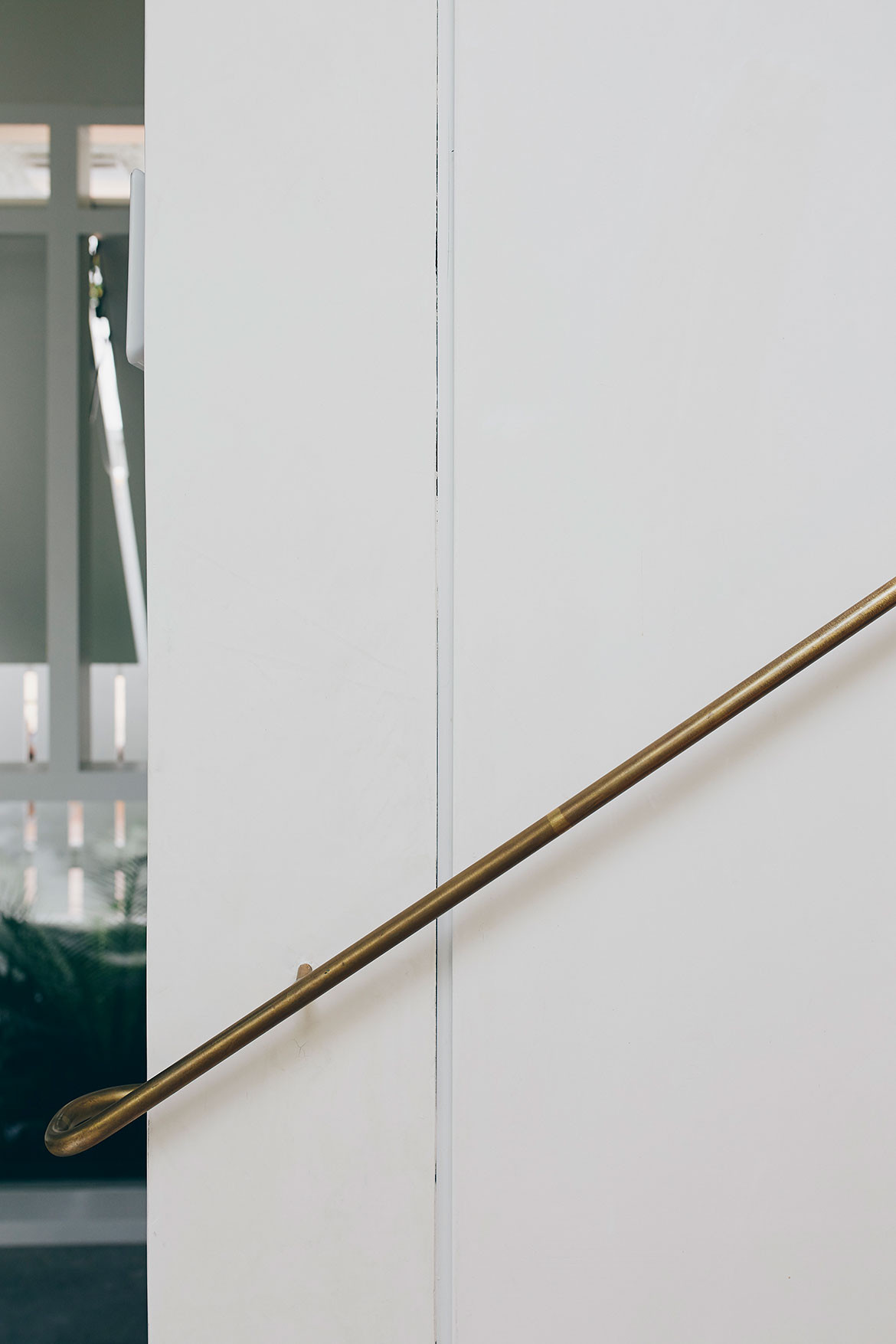 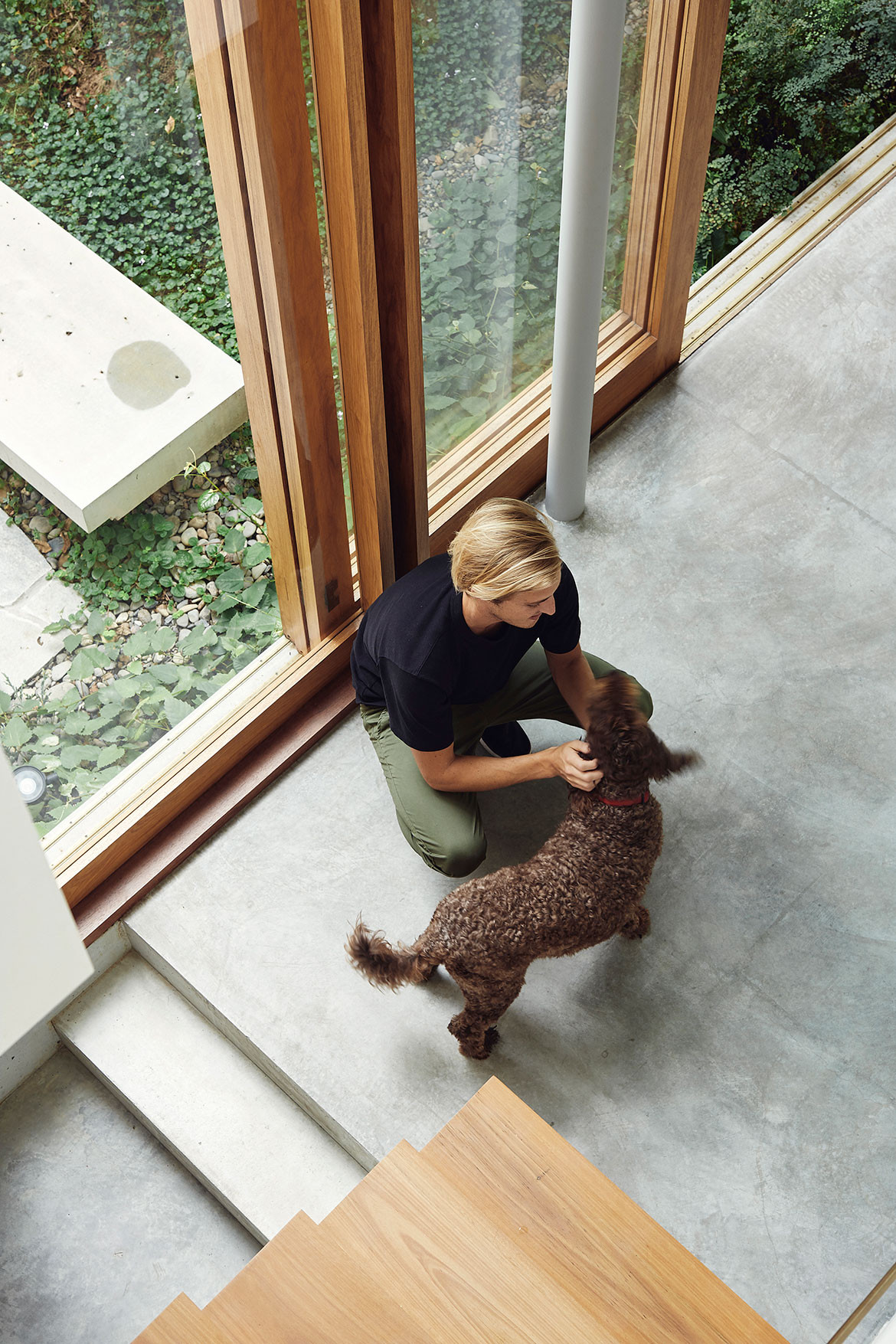 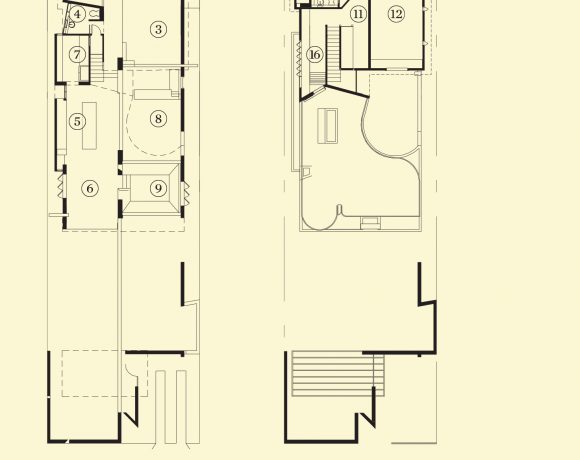