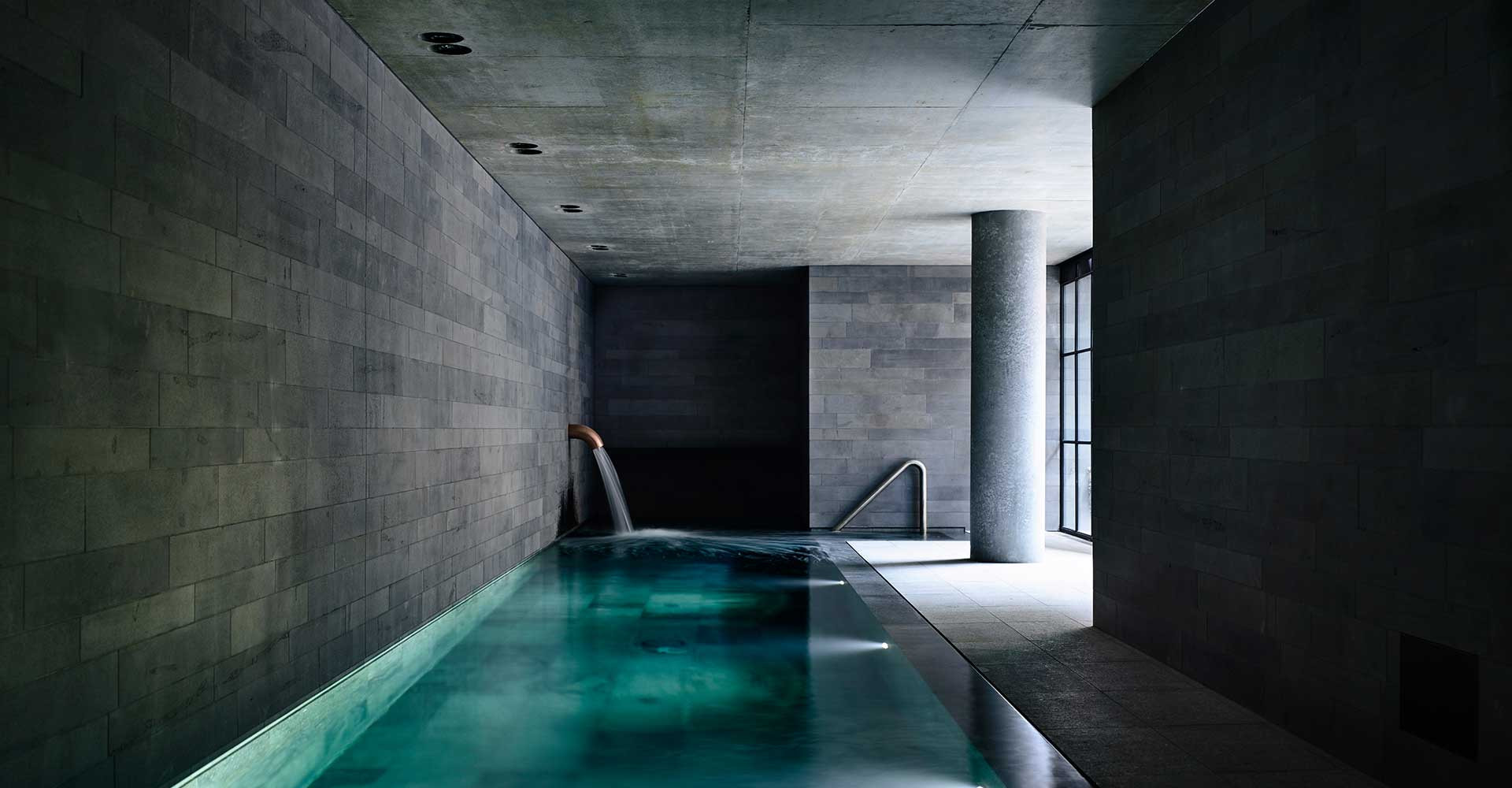 Rescued from decay, this Victorian mansion blends its past with an elegant, new contemporary character.

St Vincents Place in Albert Park is one of Melbourne’s most coveted addresses. The heritage-listed Victorian streetscape, with its intact period homes, appears to have been preserved in aspic since the mid-to-late 1800s. However, behind one of the largest Victorian terrace frontages in the street is a fine contemporary home designed by B.E Architecture. The only sign of a contemporary gesture is the leadlight surrounding the Victorian-style door, with said leadlight speaking of the present rather than the past.

Had everything been intact, the renovation by B.E Architecture would have been considerably different. But apart from the 250 millimetres of brickwork that constituted the northern façade, virtually every other Victorian detail had been decimated by previous owners, including its use for several decades as a convent, not to mention the time it was used by squatters.

For the owner, engaging B.E Architecture was an opportunity to not only create a new home, but use the architectural practice’s entire range of services, from the granite and timber lining floors, to the furniture and artwork gracing the many walls and even courtyard garden. Nathan Coley’s artwork, Heaven Is A Place Where Nothing Ever Happens (also a well-known song by Iva Davies), was purchased well before the design of the house was even completed. 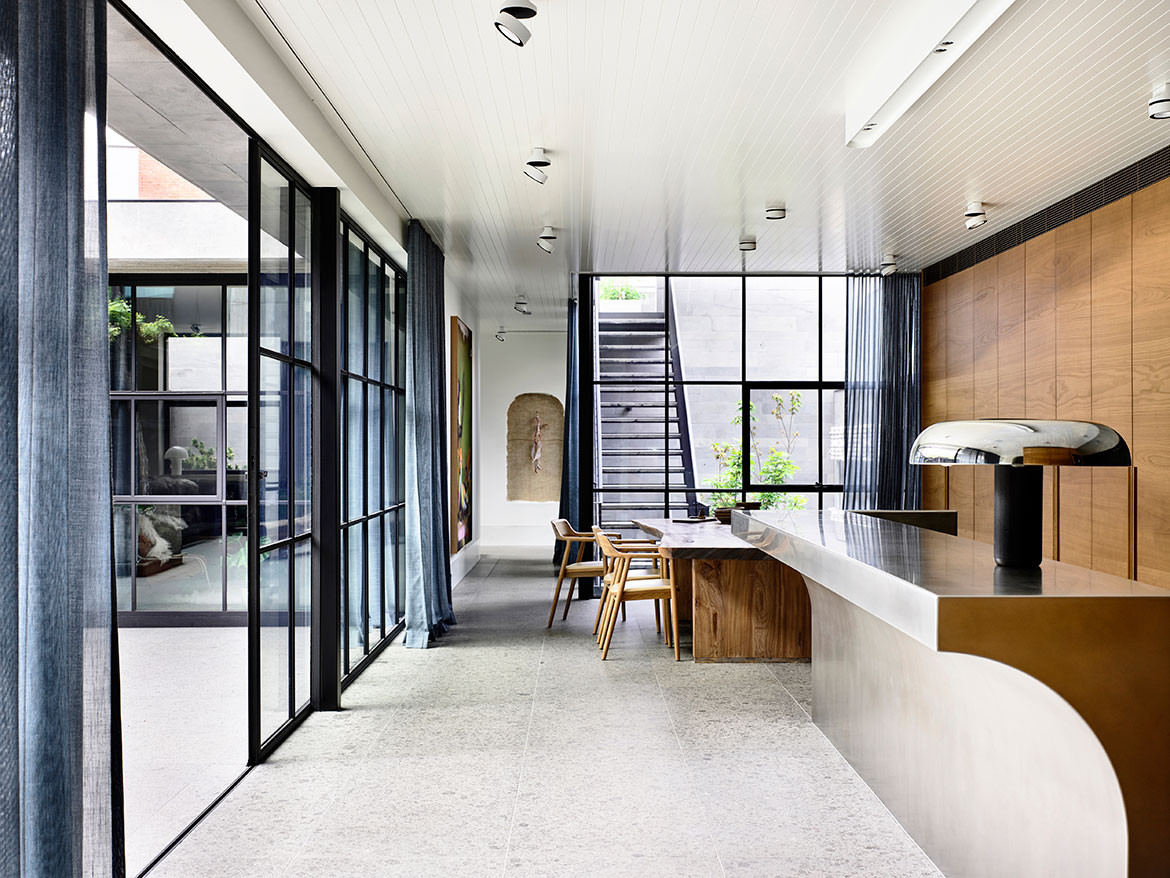 “George and I went to Sydney to meet the artist to get greater insight into this work,” says Broderick Ely, Design Director at B.E Architecture, who worked closely with the firm’s architect and director, Andrew Piva. Well-known artists such as Tony Clark and Brook Andrews are also represented. “I wasn’t just looking for ‘bricks and mortar’. You could say I wanted to be taken on a much larger journey, learning more about art, furniture and the decorative arts,” says the owner, who interviewed a number of architects for this project. “It wasn’t just [B.E Architecture’s] ideas, but also their enthusiasm and passion for what they do,” he adds.

Only the heritage-listed façade was salvageable, so beyond the tessellated verandah, everything is new, except an adjoining wall. The formal lounge at the front of the house, for example, is contemporary, but has a strong feel for the past. Instead of marble over mantles, B.E Architecture used marble above the fireplace. Likewise, in the main bedroom located on the first floor, green onyx was used for the feature wall. Skirting, architraves and ceiling mouldings, all designed by B.E Architecture, show a level of craftsmanship rarely seen in contemporary renovations. The timber skirting boards, for example, are all dove-tailed together, capturing their hand-crafted beauty. 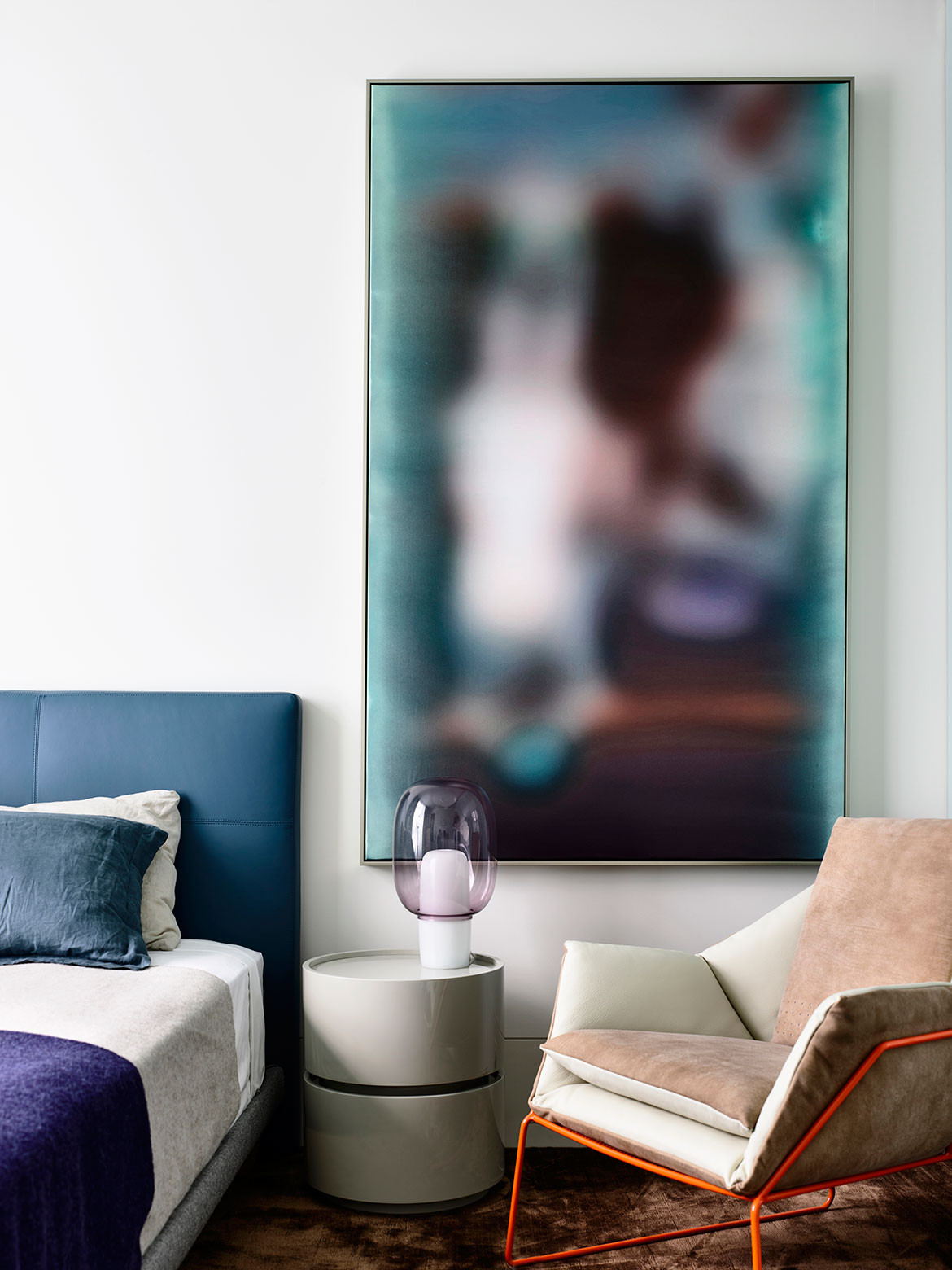 Likewise, rather than just creating a brick addition, the courtyard wall (referred to as the bookend of the Victorian façade) features an in-situ concrete wall with a gentle curved edge, not dissimilar to the rolled edges in many of the rooms. Swiss timber used for the kitchen joinery went through a number of processes including being lightly tinted to create the effect of a fine 1960s Danish credenza. While the kitchen overlooks an impressive twisted grapevine, the wine-tasting room that doubles as a dining area is animated via its floor-to-ceiling steel wine shelves on four sides. “This house allowed us to pursue ideas we’ve been researching for years,” says Andrew Piva, who was keen to create the artistry of the Victorian period without resorting to what can often be quite heavy and inward-looking.

St Vincents Place took a year to design and over three years to build. It is a large and palatial home (approximately 750 square metres), including a 22-metre-long swimming pool at the lowest level, complete with a gymnasium, steam room and onsen, the latter being a Japanese-style room to cleanse oneself before diving into the pool. “It is a complex home, but I found the process to be extremely creative and rewarding. What could have been a stressful build really felt quite effortless,” the owner reflects. 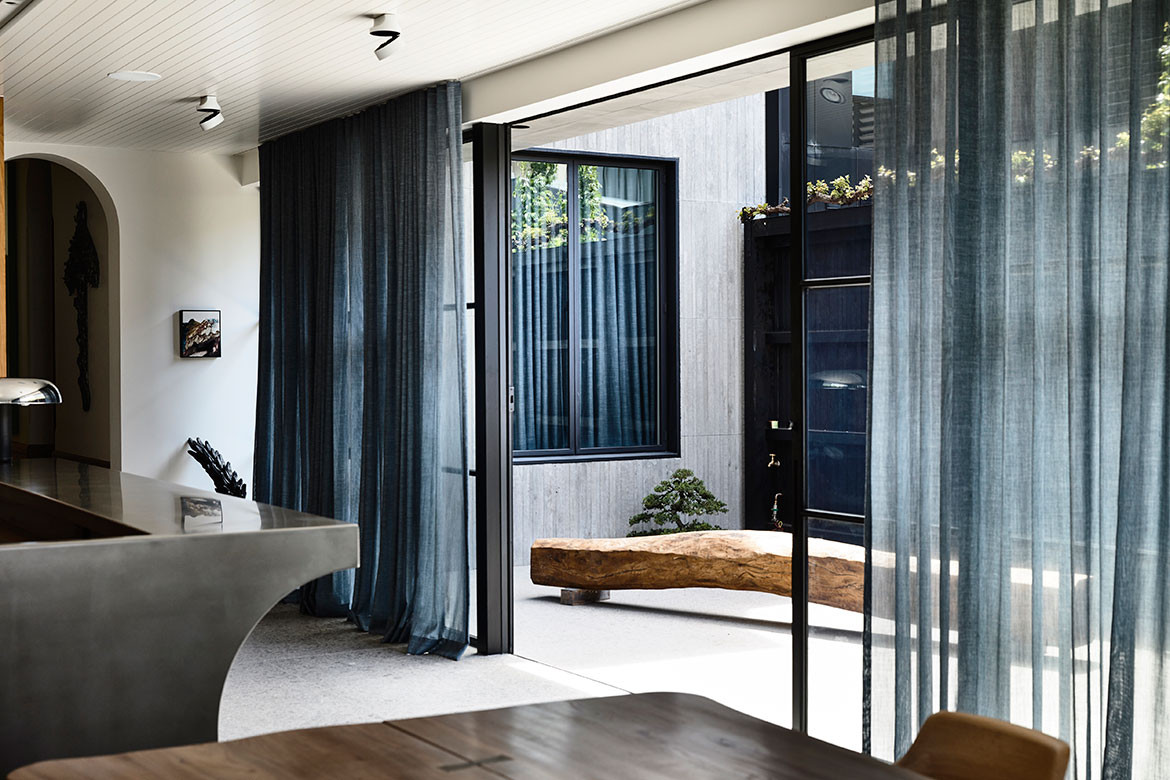 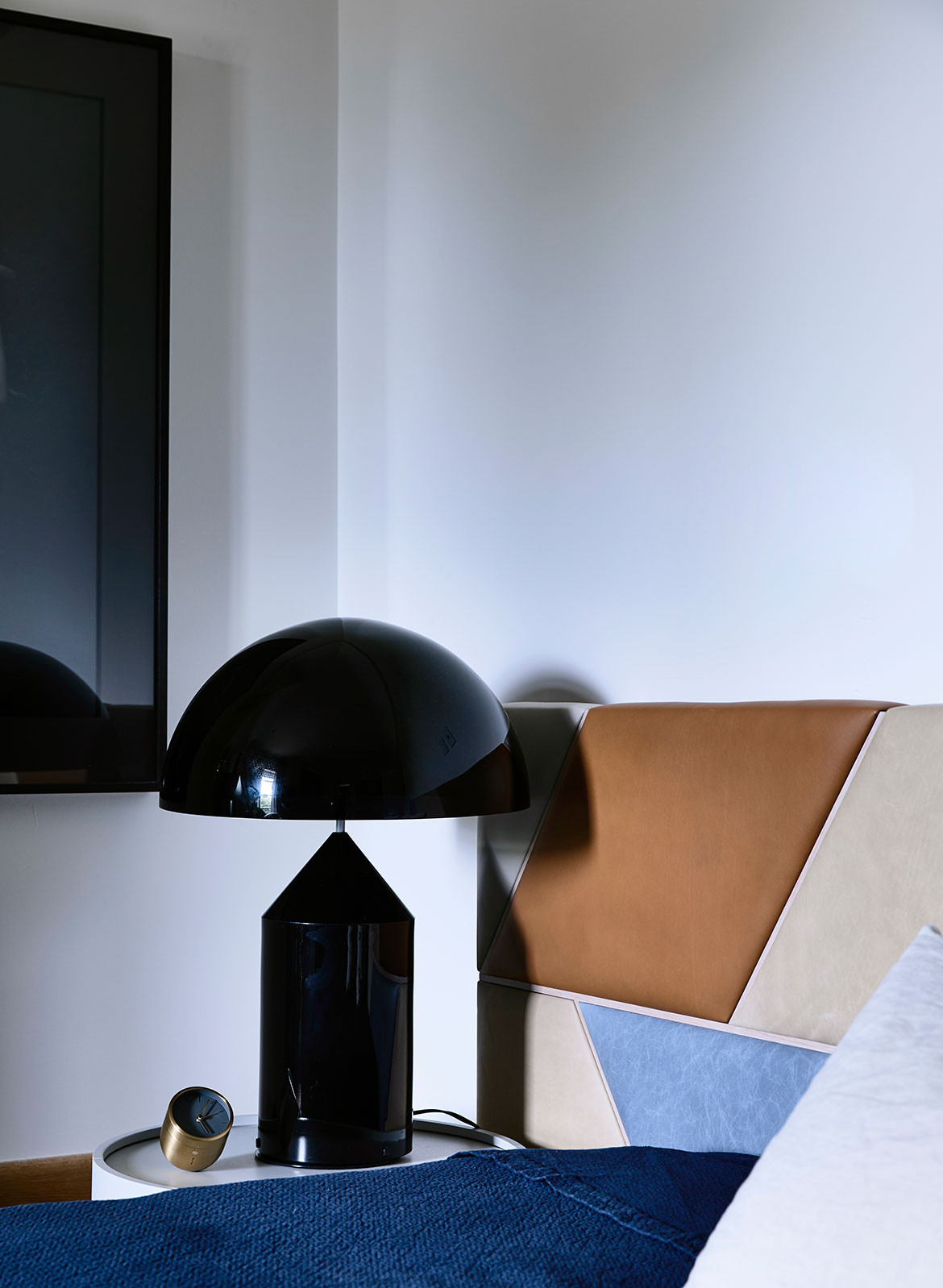 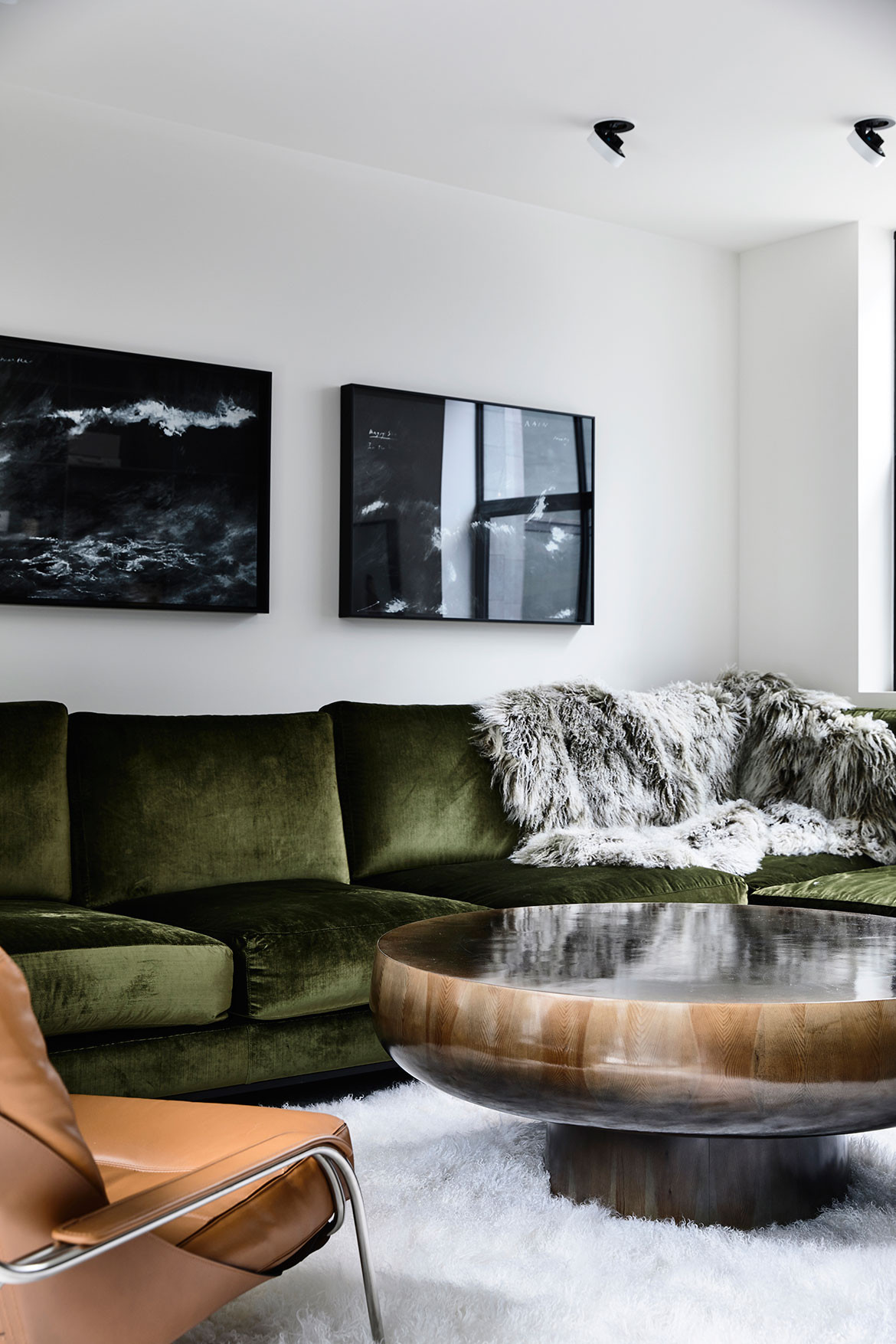 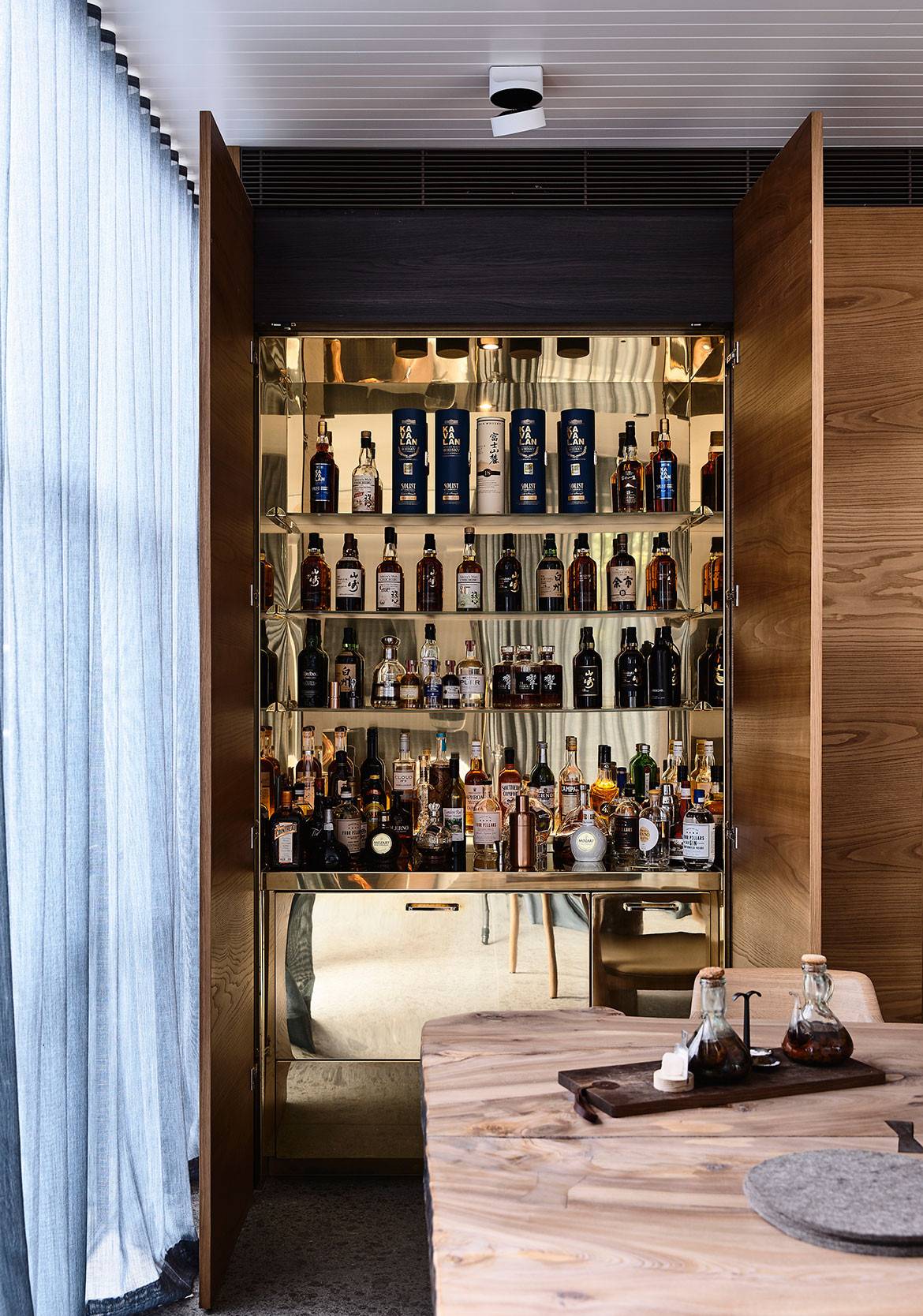 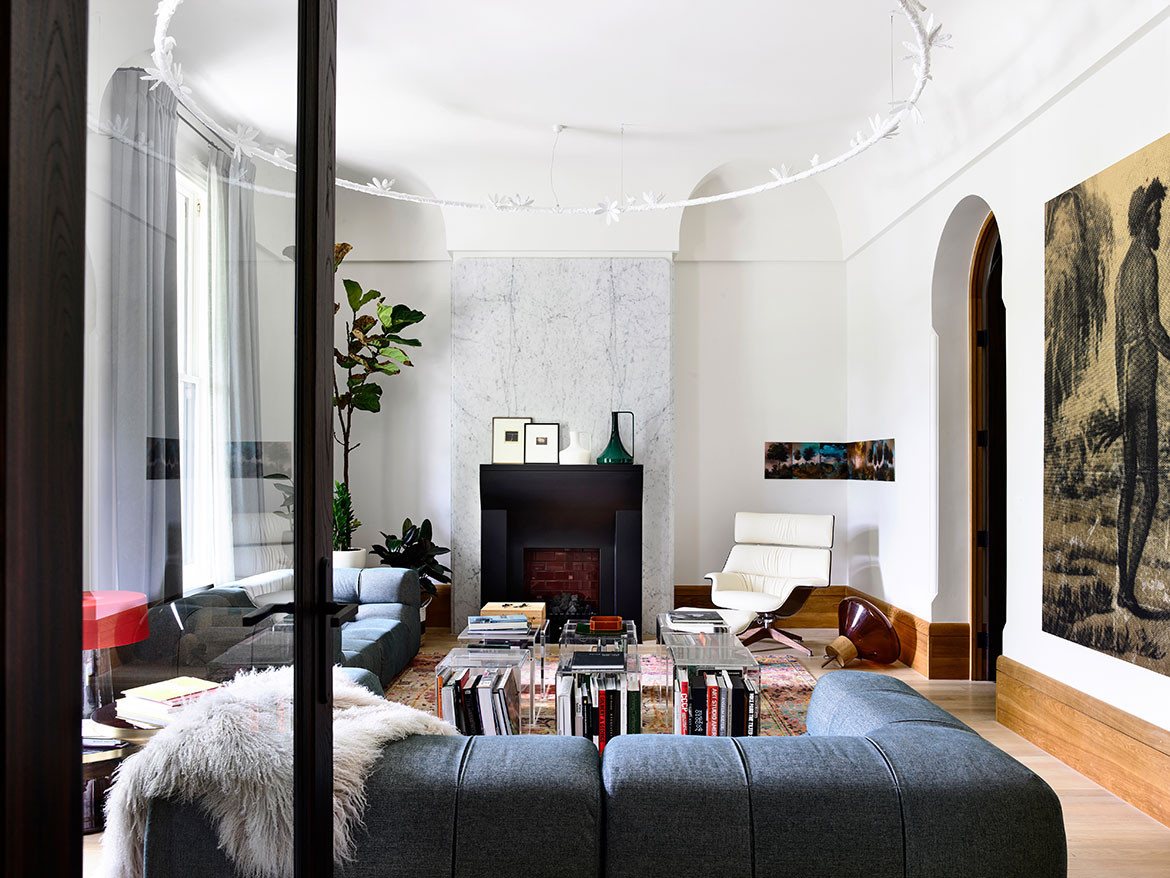 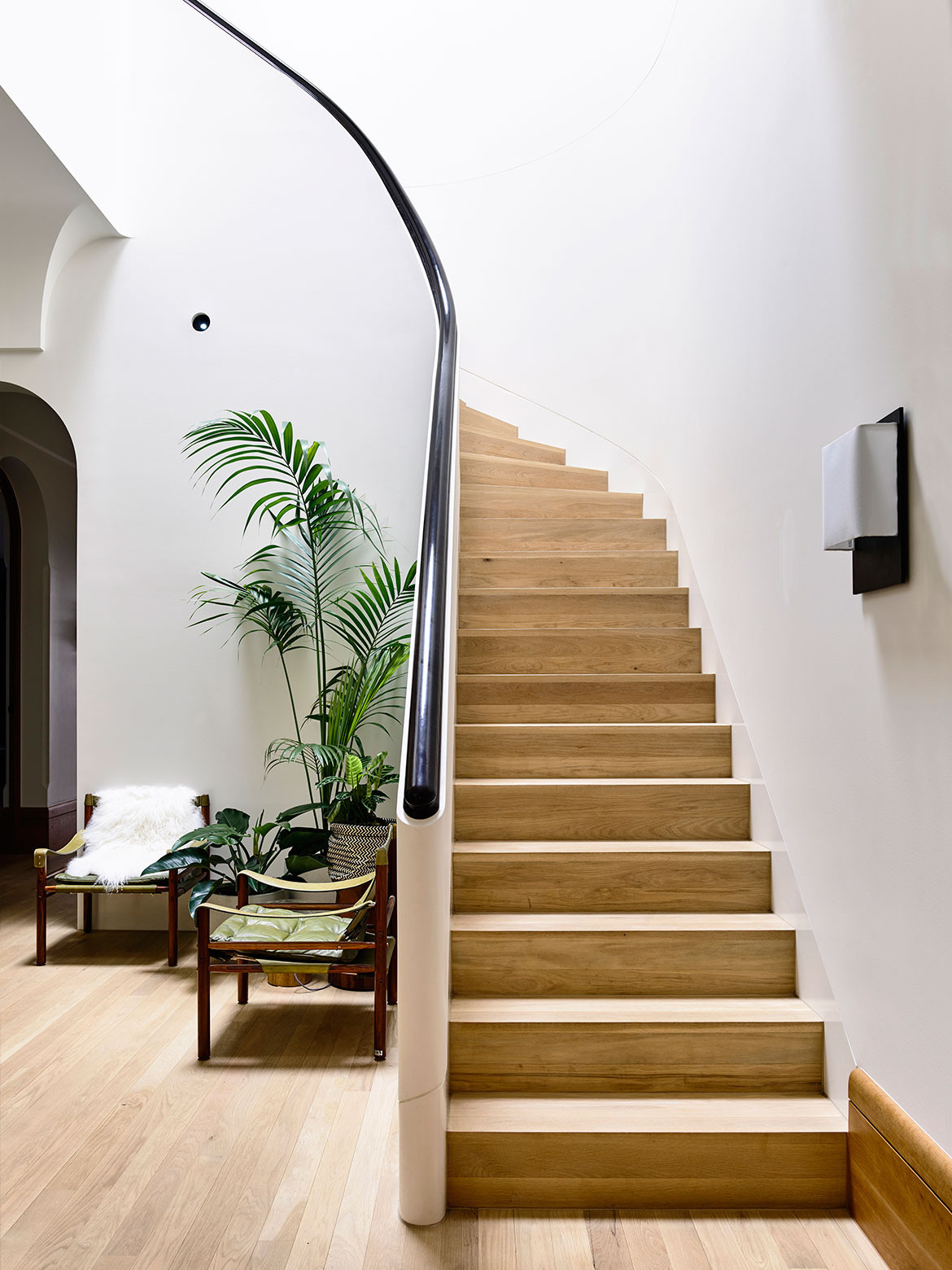 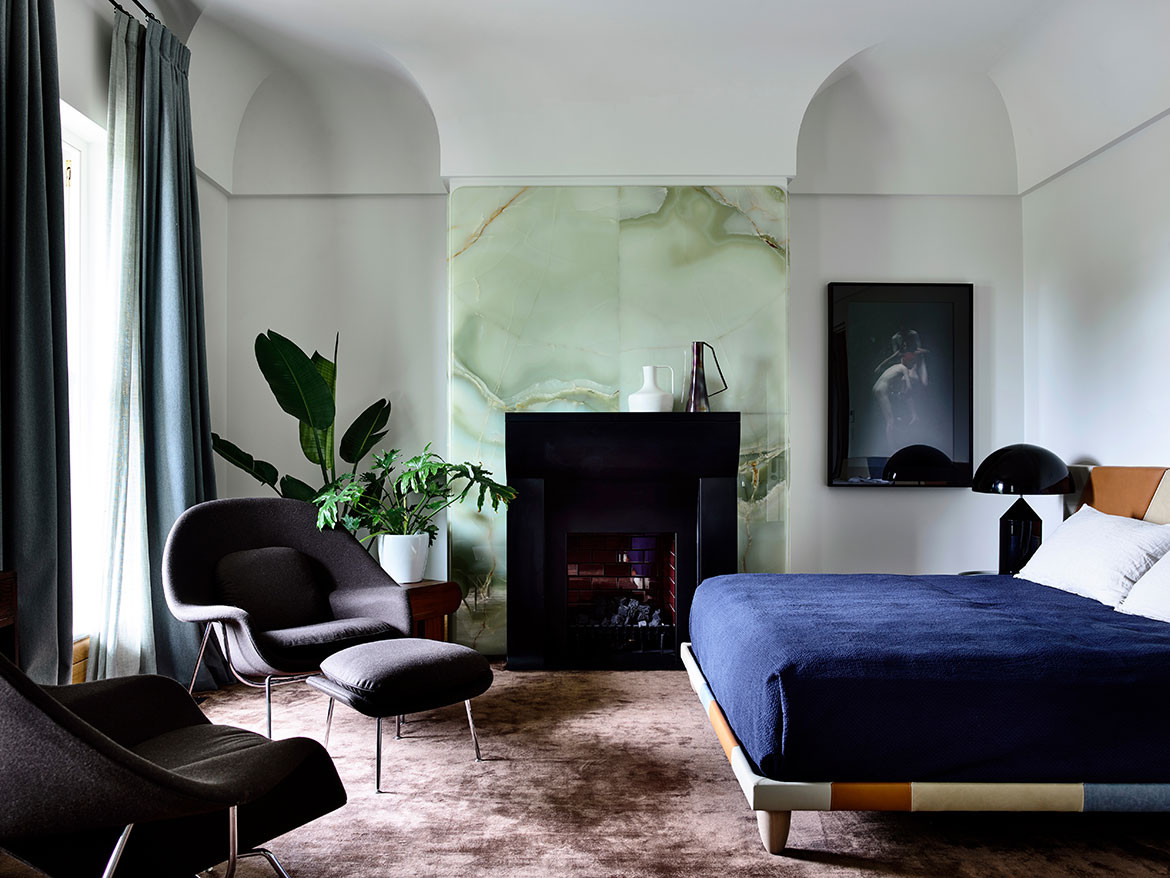 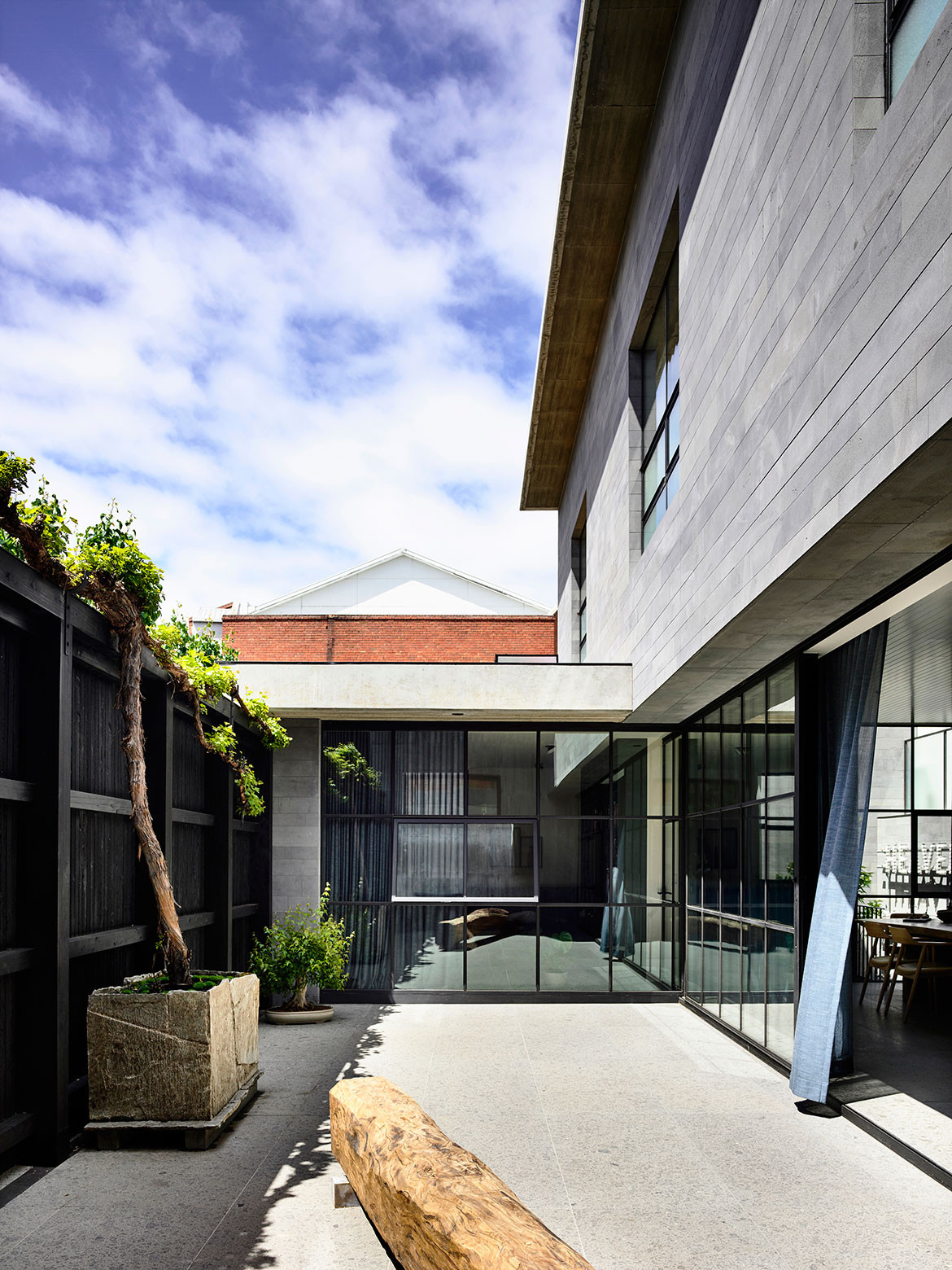 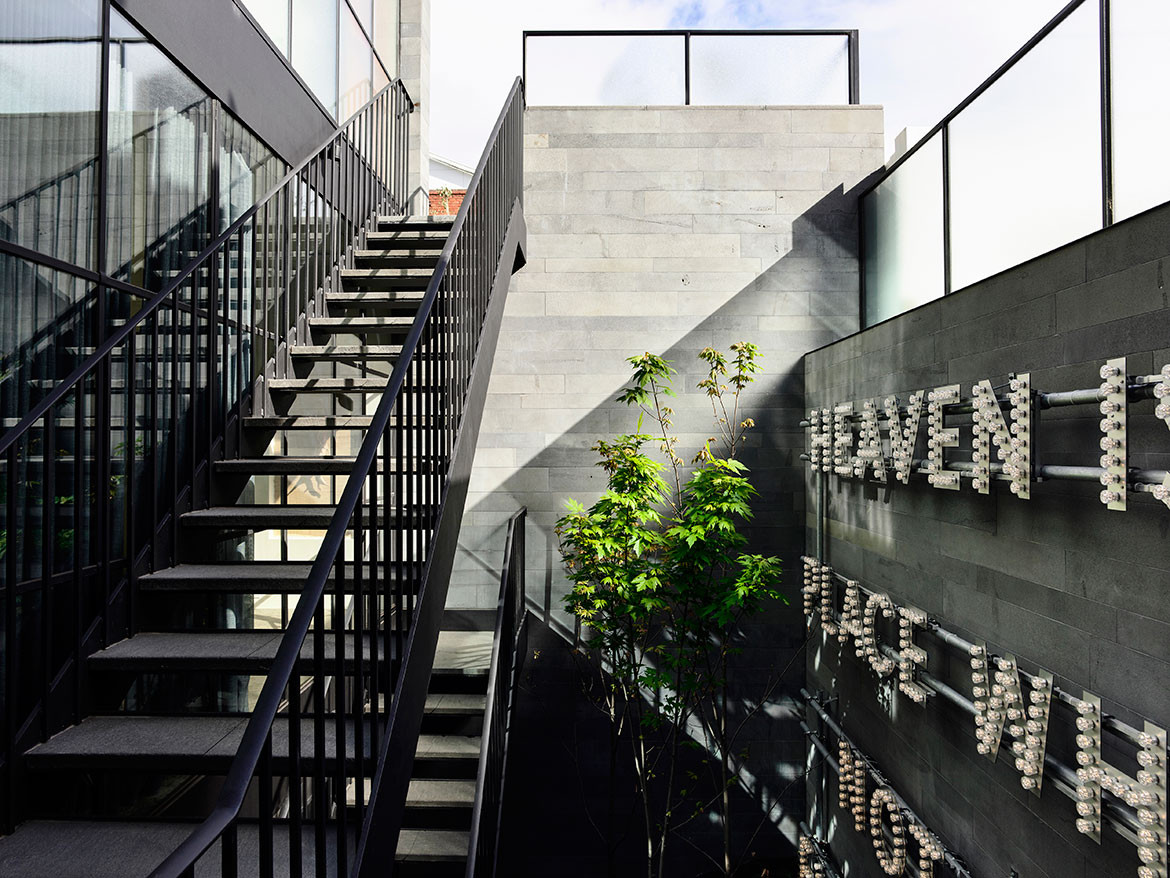 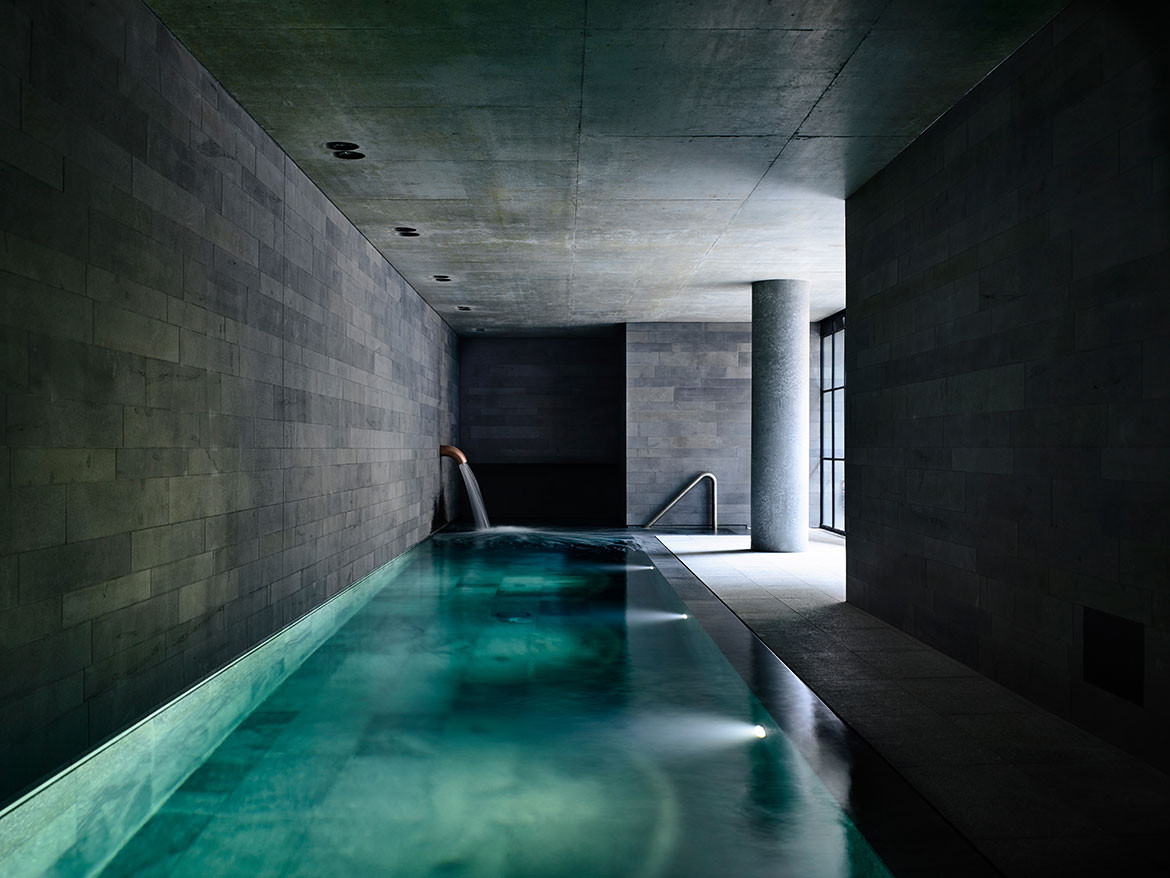 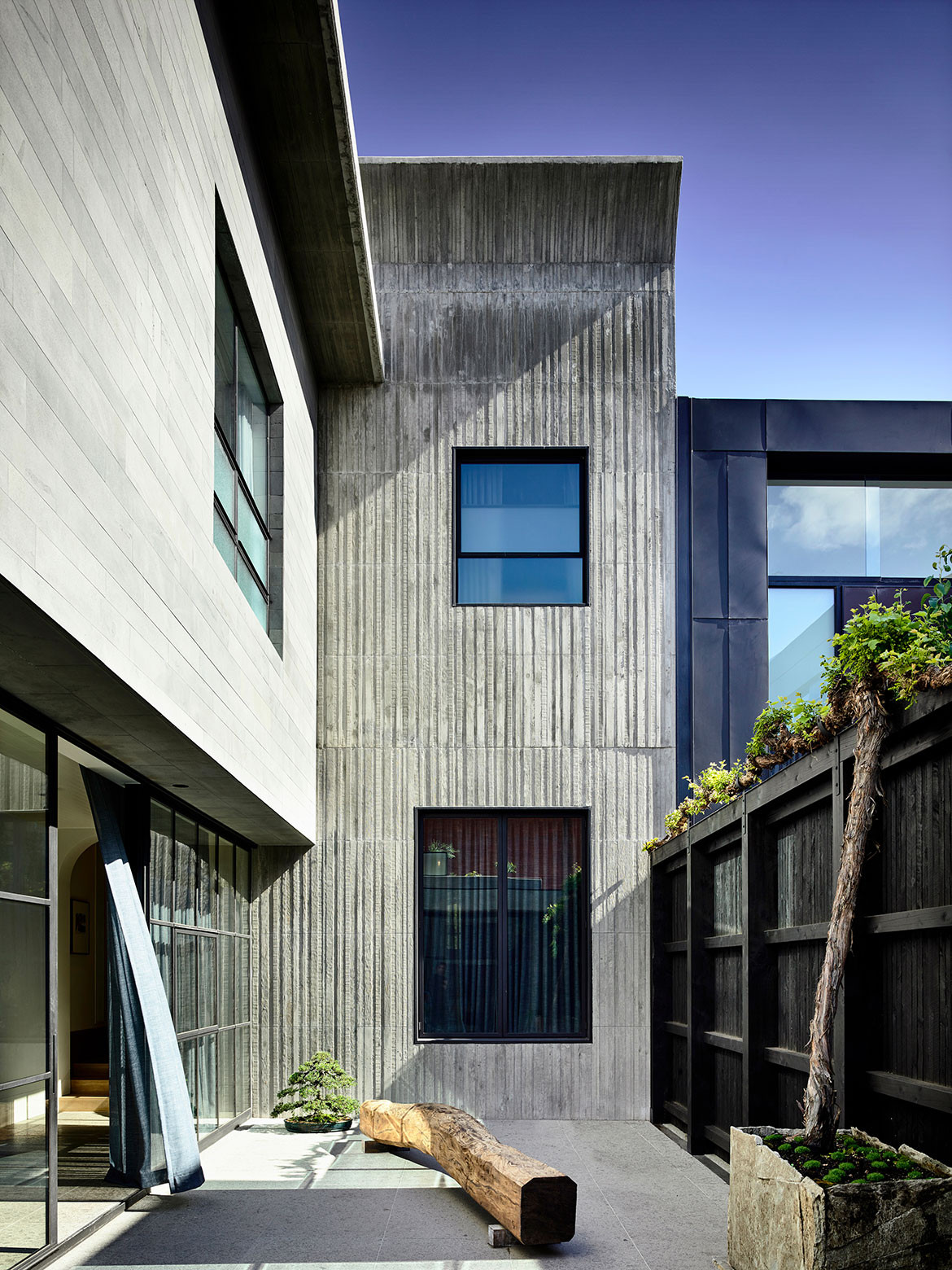 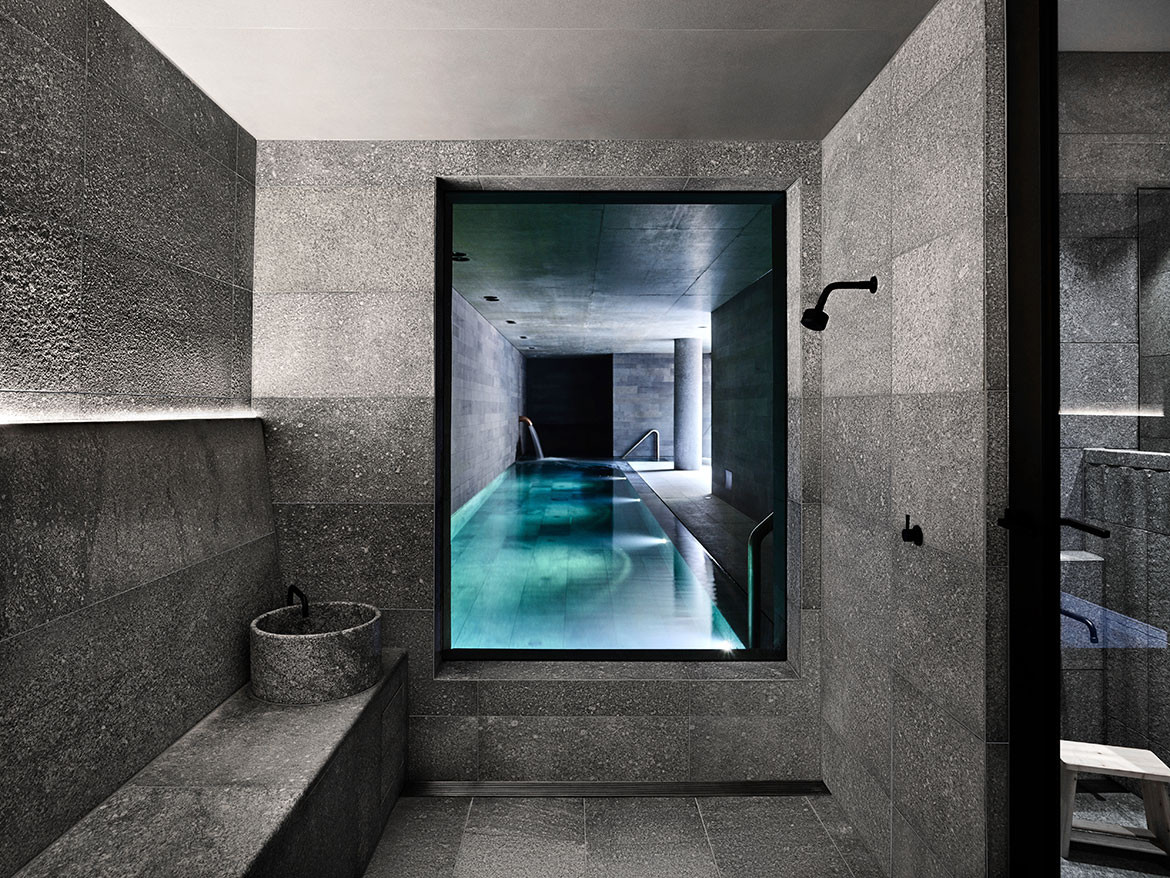 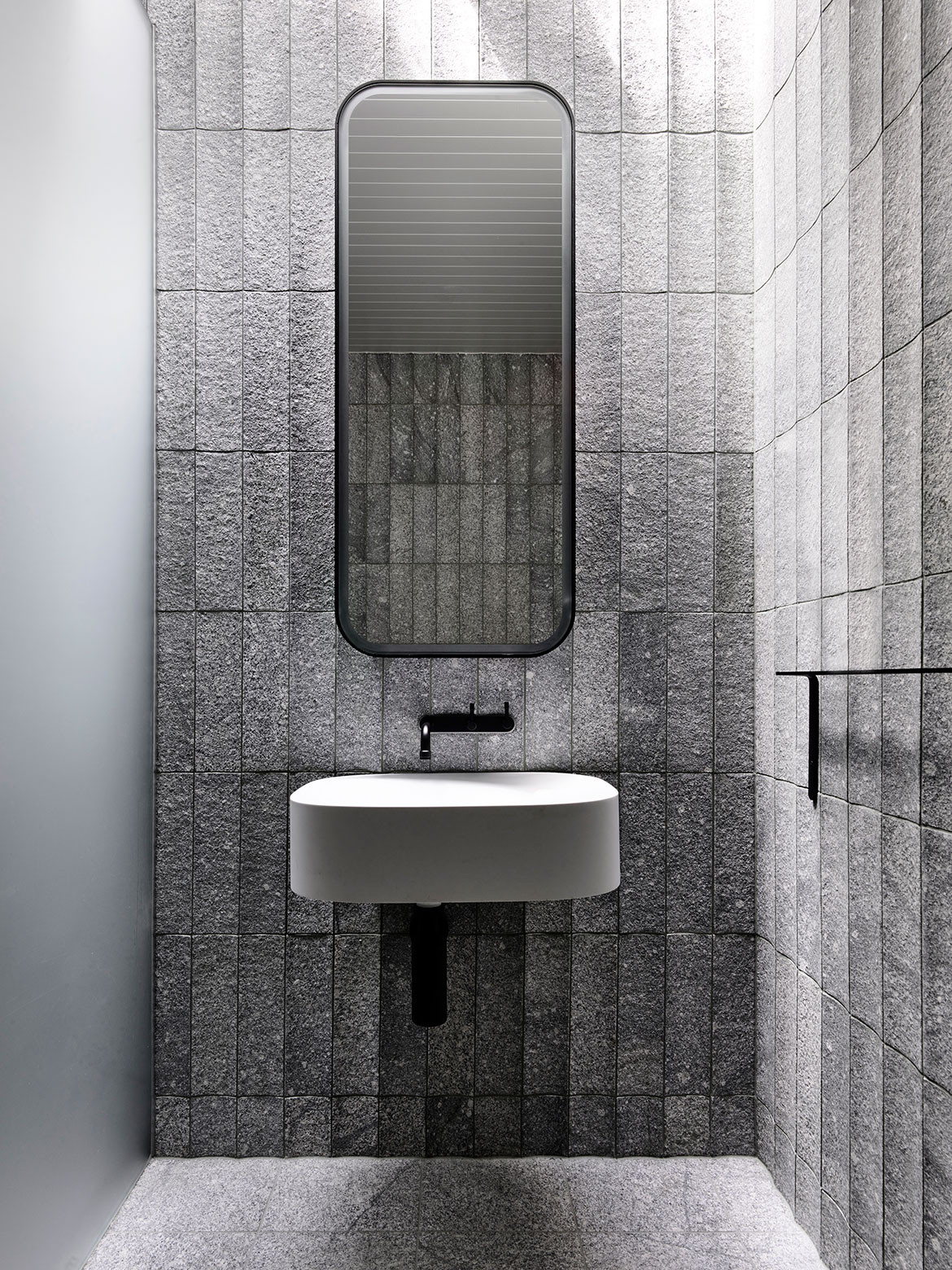 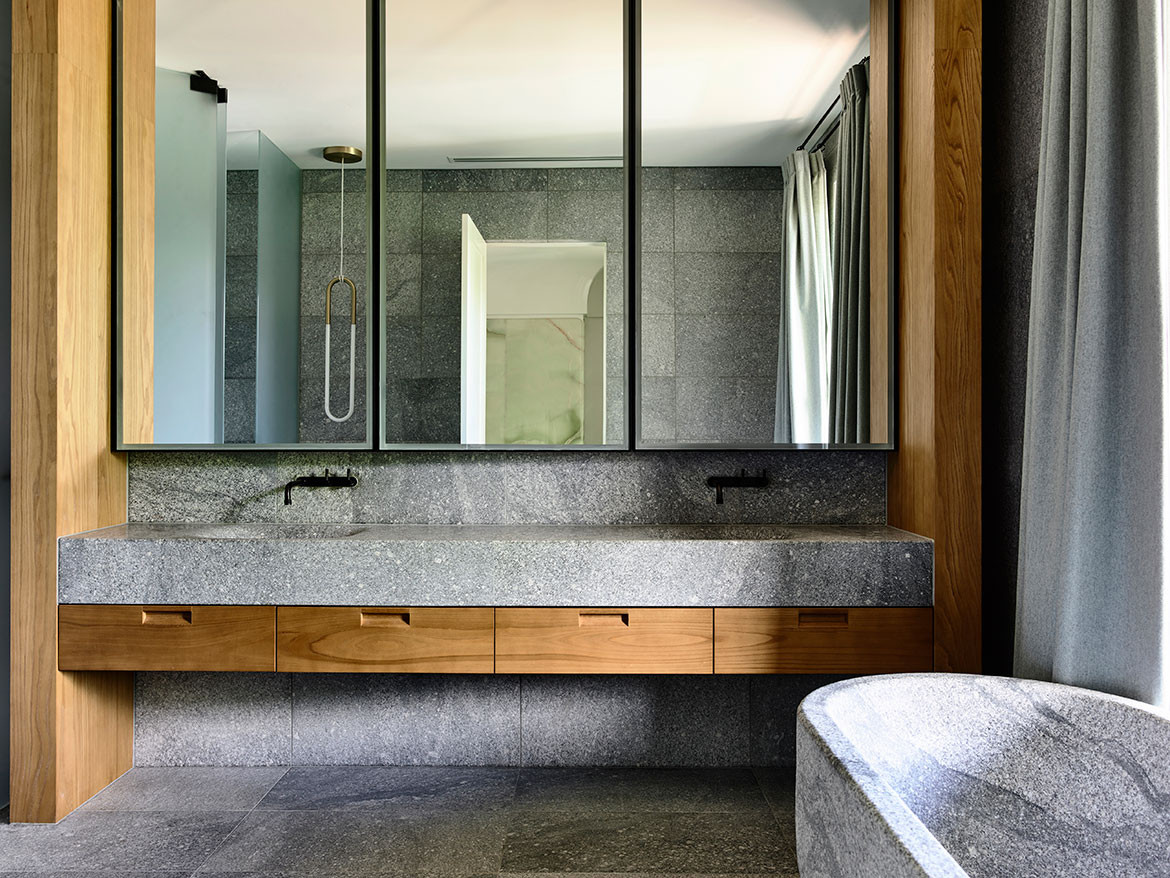 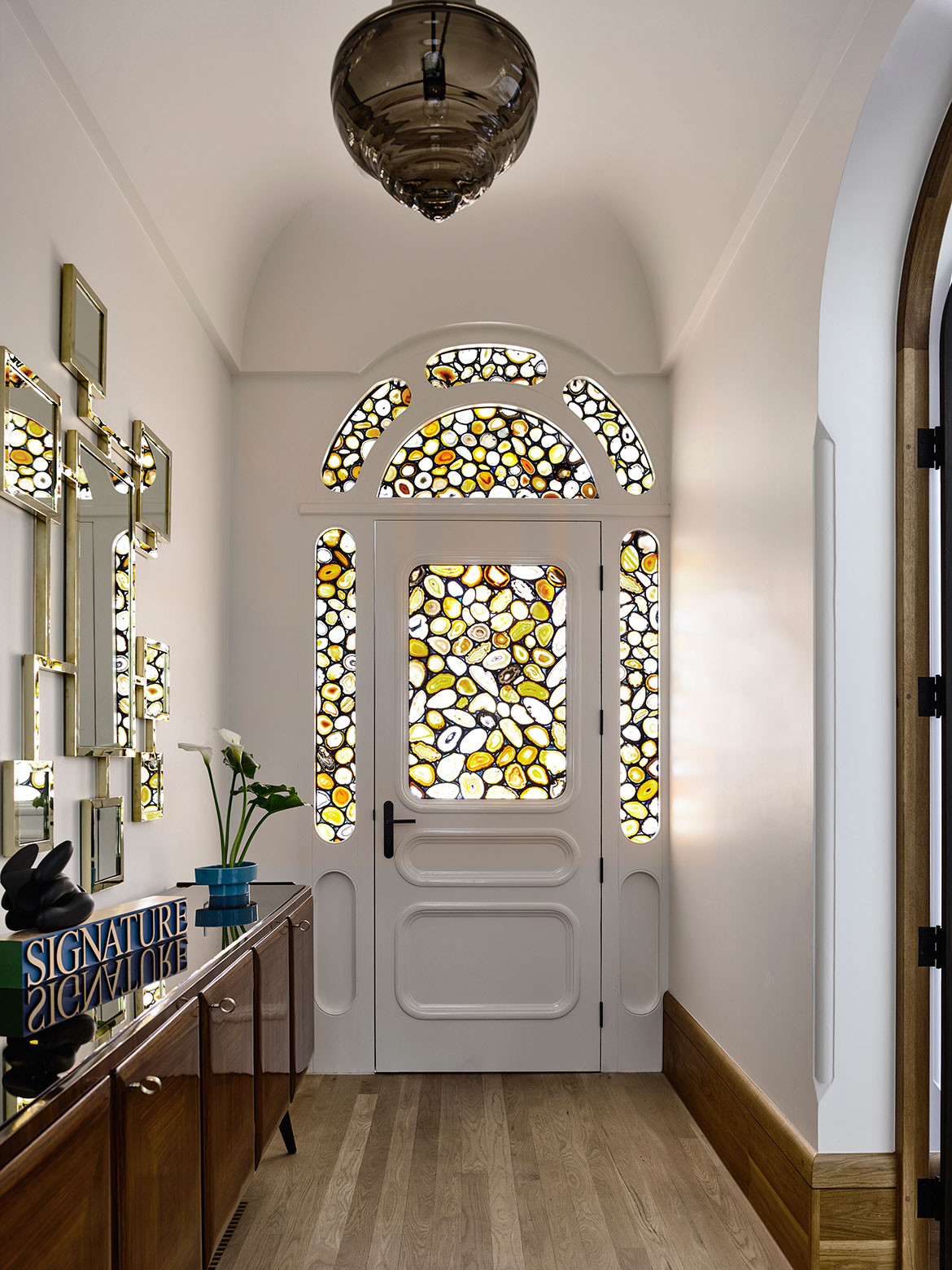 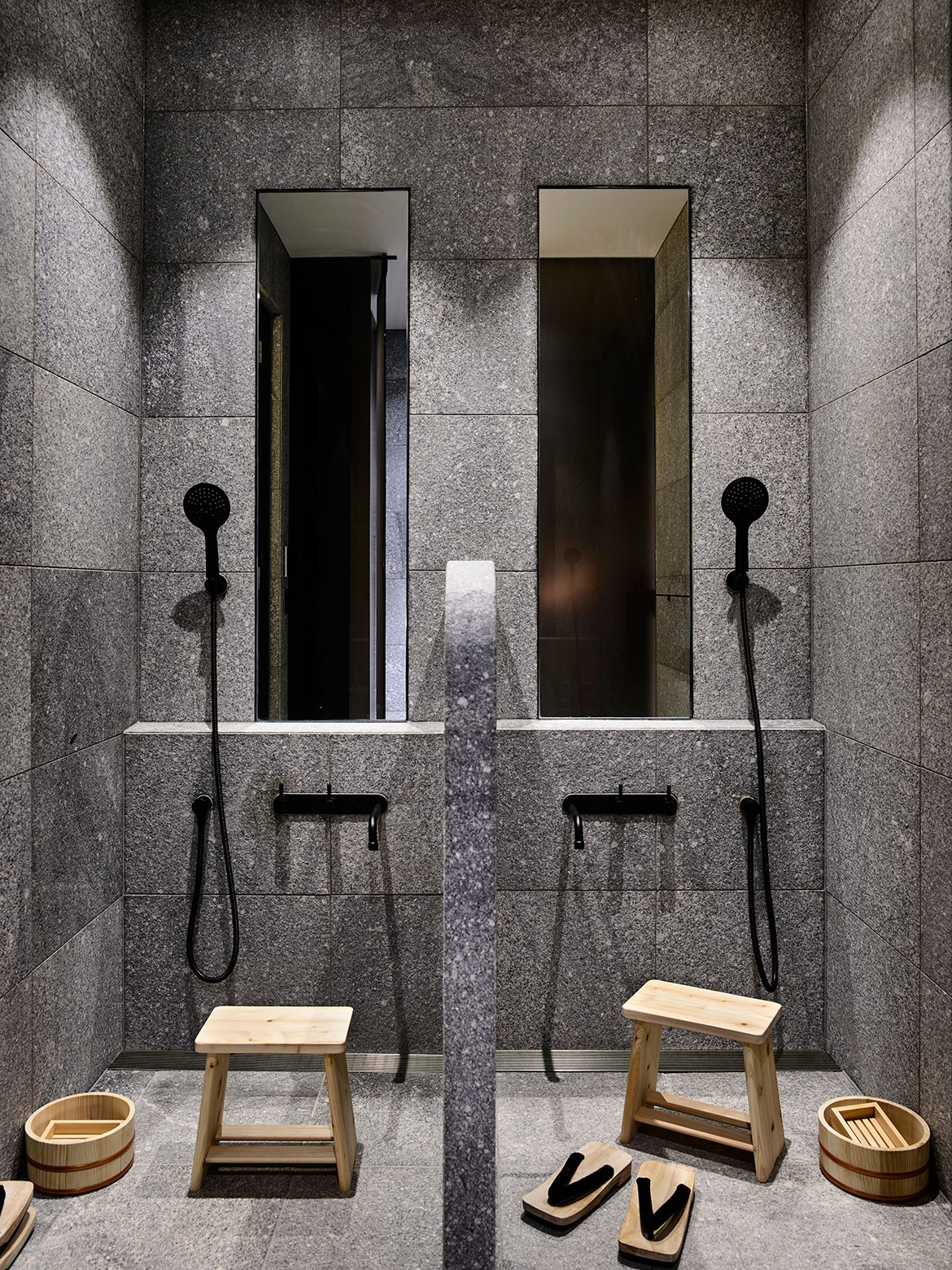 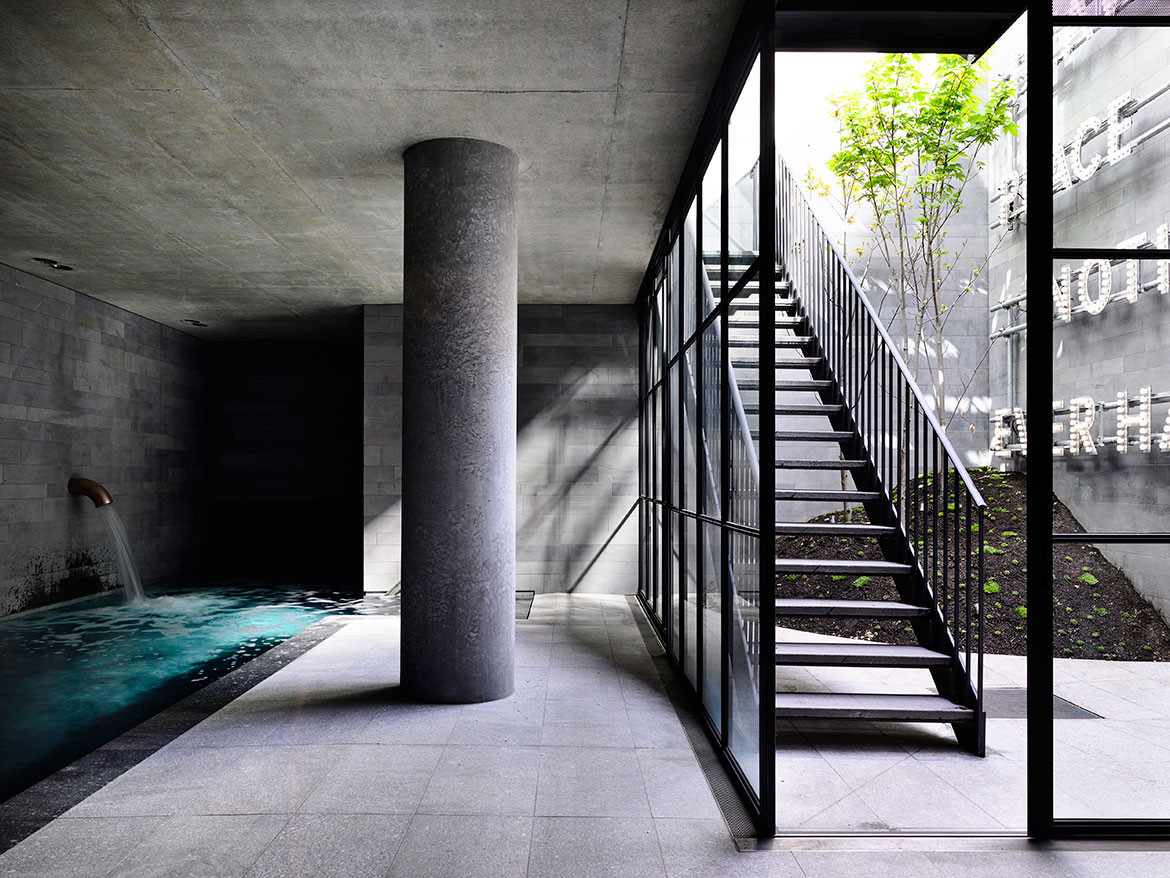 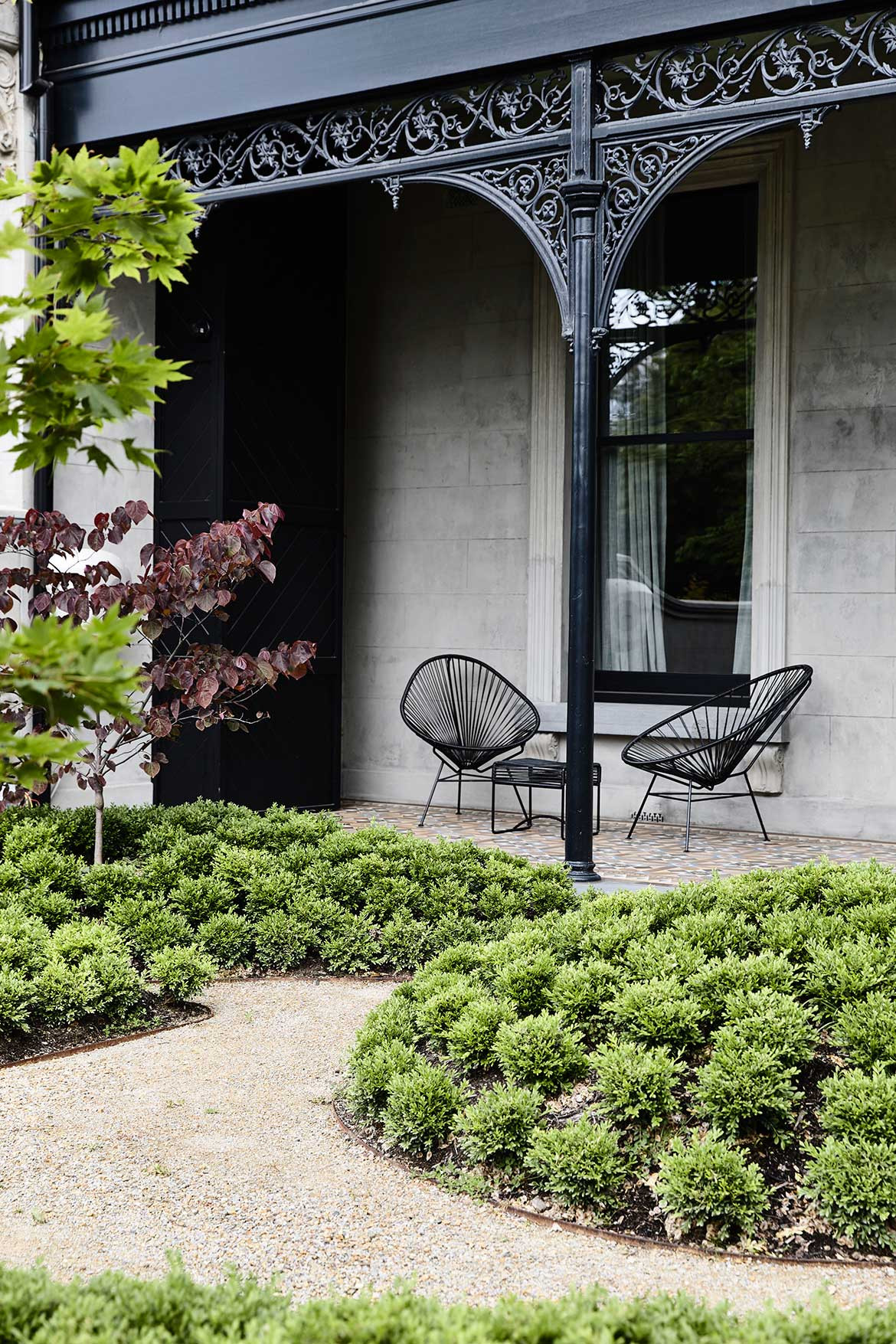 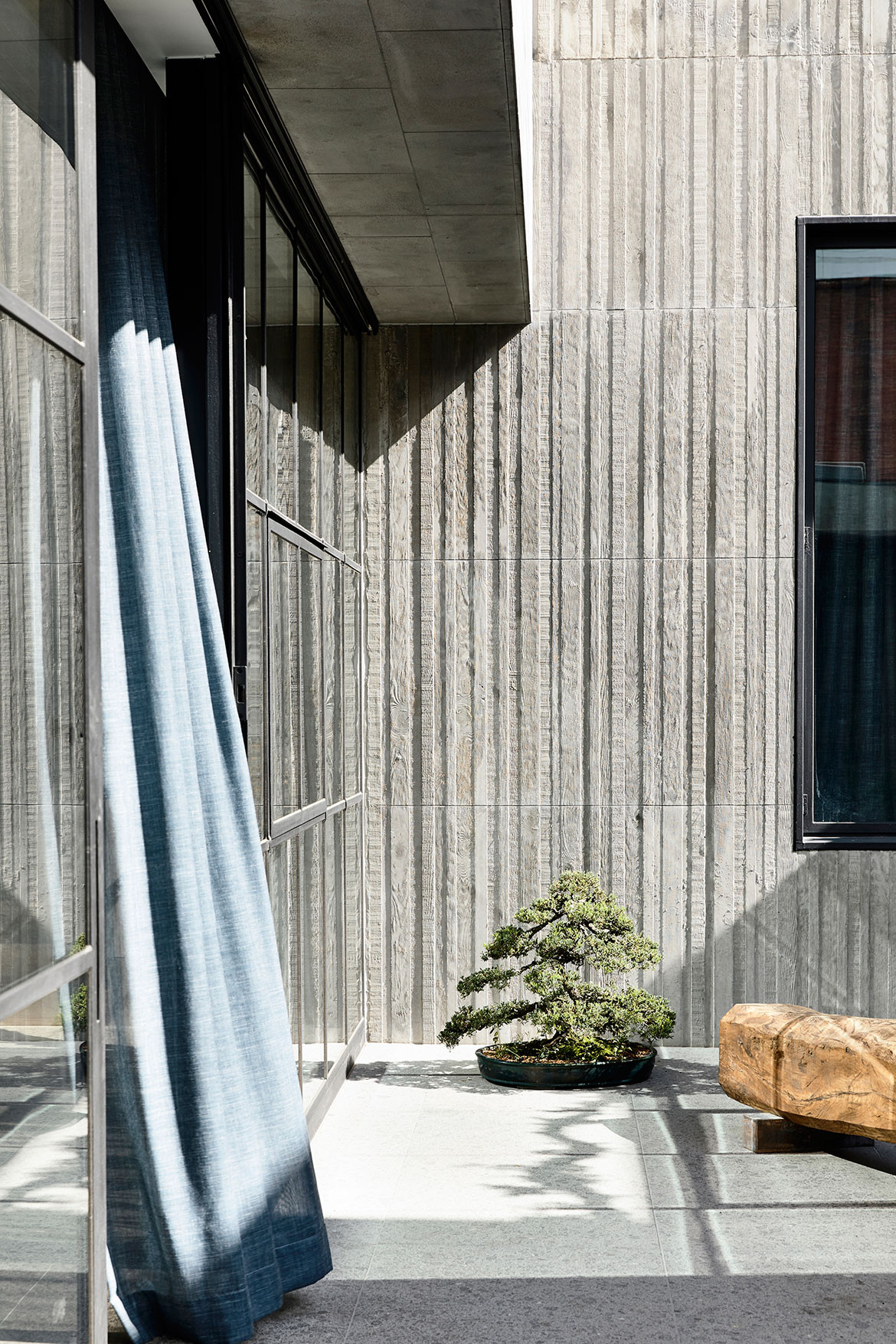 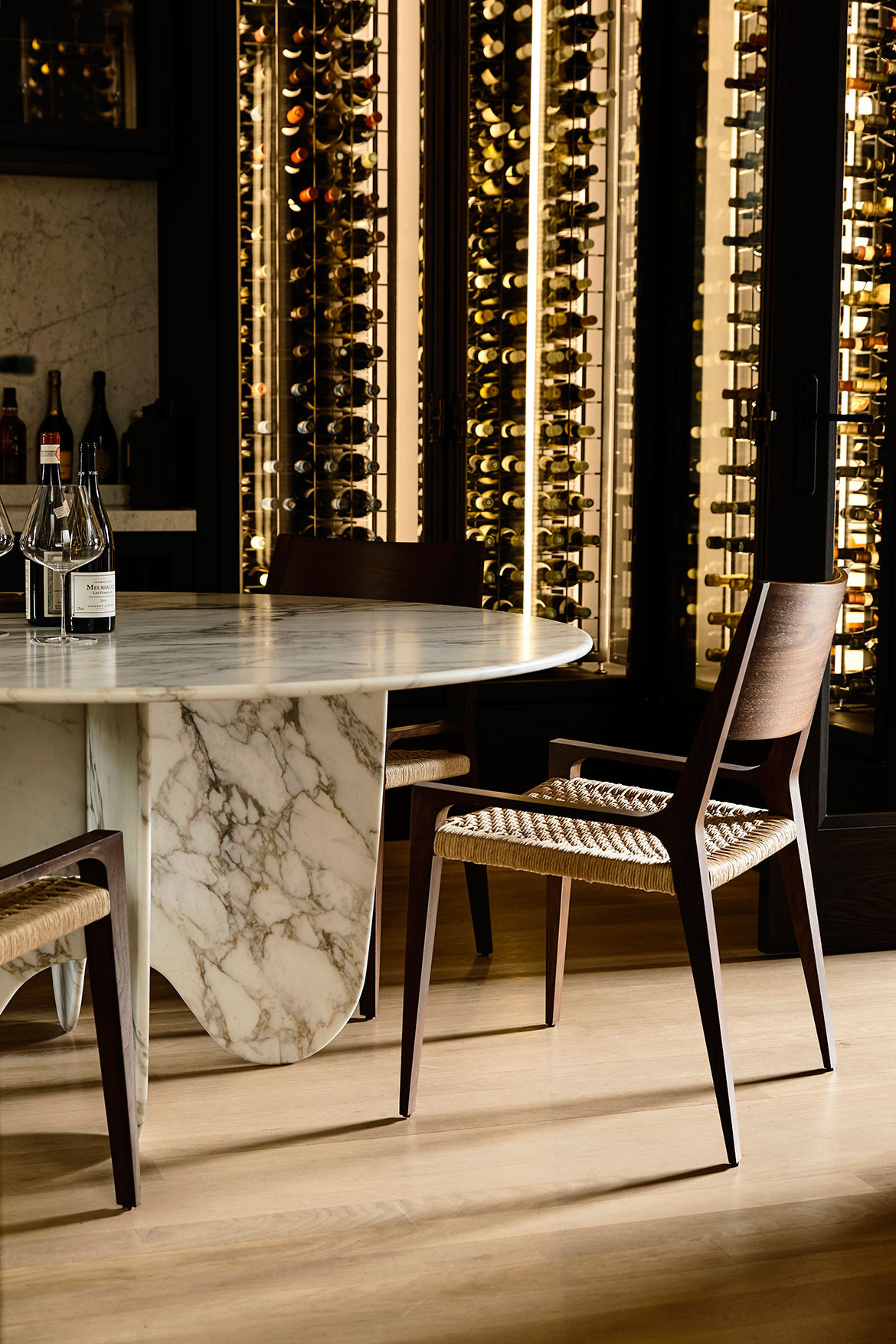 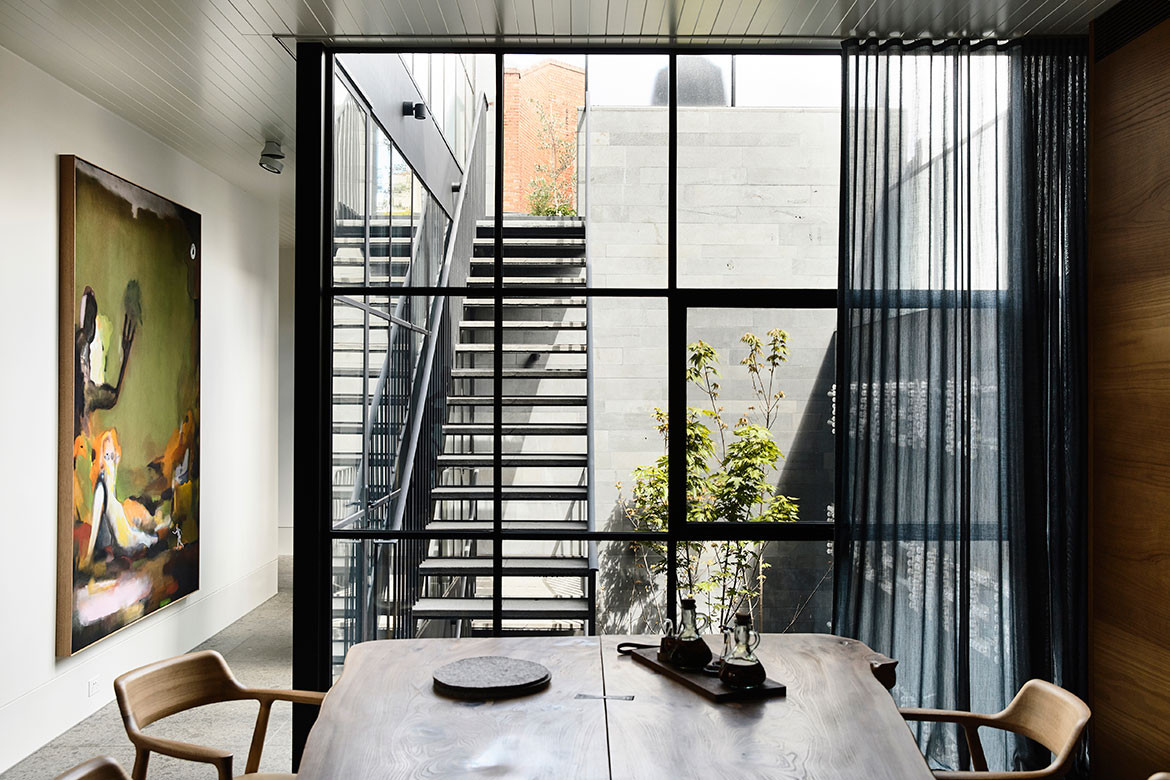 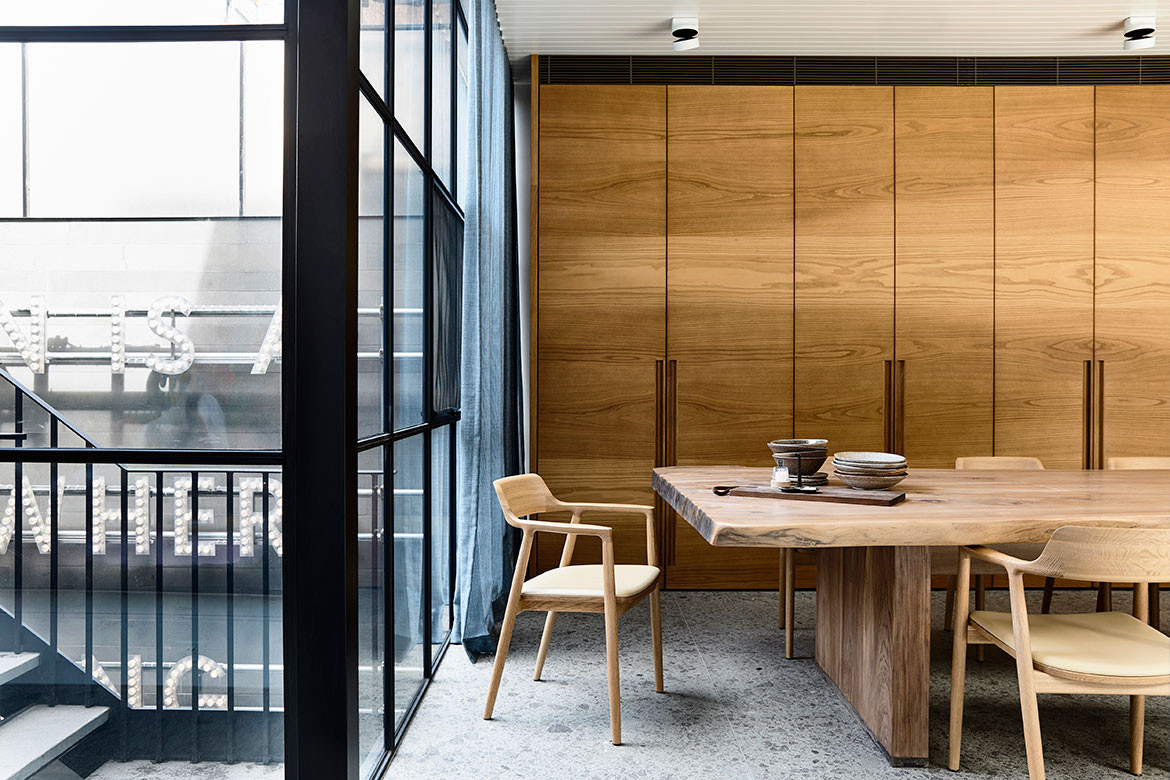 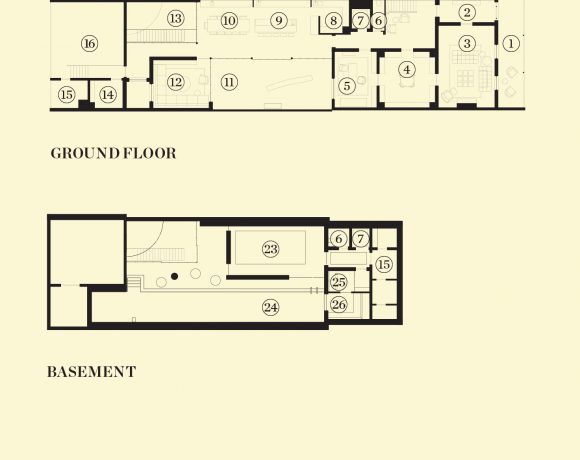