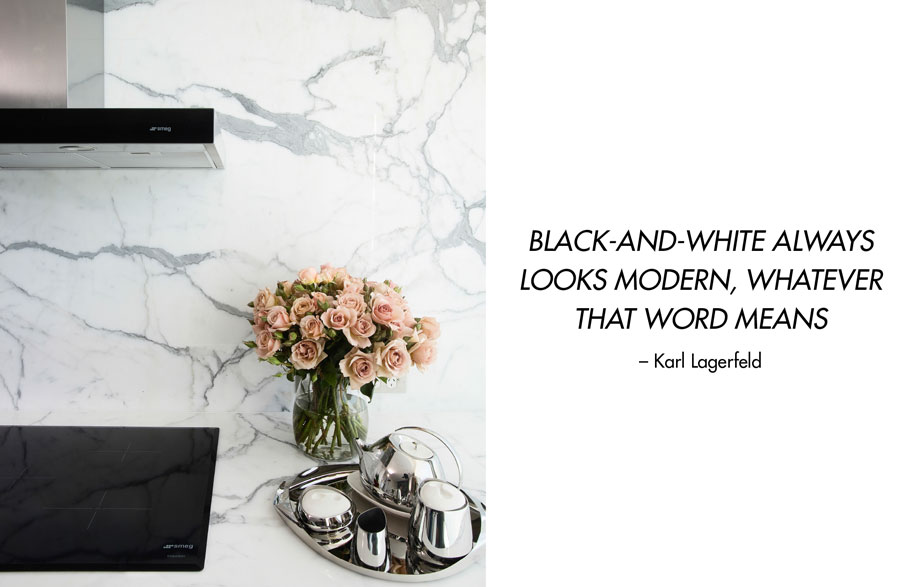 NEVER OUT OF STYLE

There’s something about a monochrome palette which never goes out of style. Whether in high contrast black and white for maximum impact or softer greys for romance, its a palette of universal appeal which is always fresh and inviting.

Perhaps it’s a psychological recognition of extremes— of day and night, or good and evil, or a physical reaction to the extremes between the total absorption of light versus the total reflection, or even a simple nostalgia for a time captured on black and white film, there’s no doubt about the appeal of black and white.

A HISTORY OF STYLE

Smeg’s Italian roots and emersion in Italian design means they are consistently monitoring the ebb and flow of the demand for coloured appliances to ensure designers can specify appliances to meet design needs. In 1980 Smeg was the first brand in the world to develop retractable knobs in its black and white models. In 1990, Smeg produced the S1 black and white models with streamline looks that are in high demand today.

LINEAR IN BLACK AND WHITE

Smeg first launched black and white Linear into Australia in 2006. Since then it’s undergone more upgrades with the inclusion of Smeg’s S-Logic large format electronic displays and Smart Sense menus, which means the ovens are now even easier and more logical to use.

Available for all of your high-end specification work, new Smeg Linear, in black and white, is fast becoming the jewel in the crown of Smeg’s portfolio, furnishing many premium high-rise developments.