Can A House Blend In Whilst St..

Simplifying Up A Semi-Detached.. 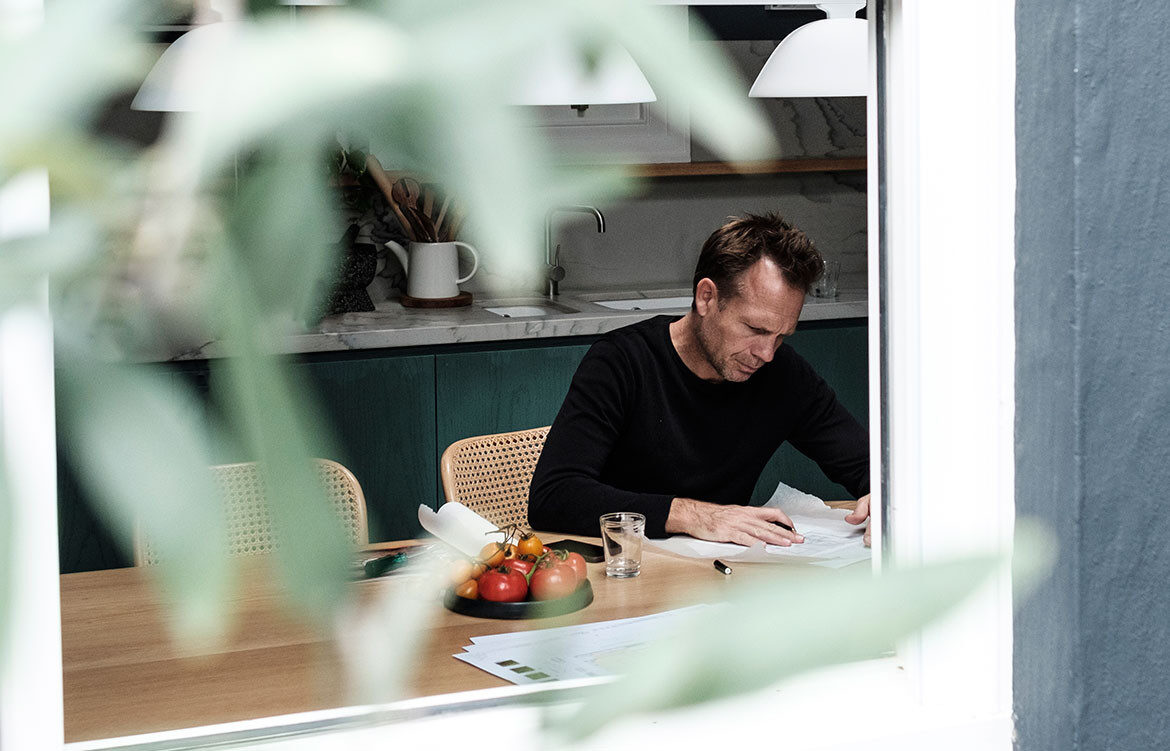 Heralded in the industry as one of the finest designers in his field, having recently completed the renovation of his own home Jonathan Richards shares his thoughts on his work and how it has influenced his personal style.

The name Jonathan Richards has become synonymous with the exceptional level of interior design manifest in the Australian residential, retail and hospitality landscape. The co-founder of Richards Stanisich and former director at SJB, along with his business partner Kirsten Stanisich, can lay claim to having designed some of the most celebrated of these environs, winning major awards and adulation from peers along the way. 12-Micron, The Buena and a re-work of the retail experience at the iconic Chifley, are some of Jonathan and his team’s most recent success stories – to name but a few.

It comes as no surprise that the designer spent his early professional years in exhibition and museum design, his eye for creating drama and refinement, evident in his work. Each project is the result of a meticulously selected palette of finishes, their tones and planes, expertly manipulated to sculpt interior space. It’s an architectural approach rather than an amalgamation of interior finishes, an approach for which Jonathan has become well known.

As expected, Jonathan is big on process. “I design a project as an evolution from the last one,” he explains, “by assessing what worked, what didn’t, and taking the most successful principles and adapting them in the next project. I like to think that at the end of a career, when you review a designer’s body of work, you can see a single thread of an idea from start to finish.”

Whilst many of Jonathan’s projects fall into the luxury category, the designer is optimistic about design’s place in the broader community. “In Australia, interior design has been for a long time seen as exclusive, something for the wealthy,” he says. “The opportunity is to make good design mainstream: to embrace and broaden the scope of the local industry, using local materials and encouraging great manufacturing and design from within Australia. Good design can become more accessible and affordable and an essential part of our living.”

It’s an attitude that has been drawn into the designer’s own personal environment, where his work and philosophy has had a distinct influence on his personal style.
“To me, successful design has an easiness to it,” he explains. “I like it when a design doesn’t feel over-educated, over-thought or pretentious – it just feels confident and right. That attitude is a part of my personal style and attitude to life, and they both probably influence one another.” Jonathan’s process has succeeded in nourishing his creative spirit whilst simultaneously providing much needed respite from the day to day. “Those two things aren’t contradictory, they are essential to one another,” he says. “A place that provides respite gives you the freedom to think.”

Jonathan designed his house with his wife Olivia, having lived in the space for some years before embarking on the renovation. “We were intimately aware of how sunlight behaved in the house and what areas felt right for what function,” he says. “We created two levels with the kids’ zone/living areas on the lower one and our outdoor terrace and main bedroom on the upper level. The house is an 1890’s triangular building, a hybrid terrace house and warehouse. It has a lot of inherent charm and we added our new layer to it.”

Despite creating his own personal sanctuary, Jonathan finds it challenging to completely switch off from work. “I haven’t quite worked that out yet,” he admits. “Switching my devices off at the end of the day only stresses me out further! In some ways work and life are too interlinked to be separate. I find that the more time you have out of office, enjoying life, the better your design gets.”

On The Ground In Milan: Jonathan Richards